'The Masked Dancer' Season 1 Winner Revealed: Was It Cotton Candy, Sloth or Tulip?

Find out which celebs were under the final three masks 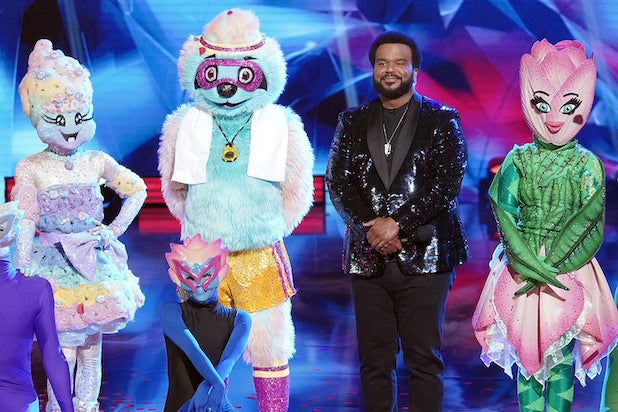 (Warning: This post contains spoilers for Wednesday’s Season 1 finale of “The Masked Dancer.”)

The first season of Fox’s “Masked Singer” spinoff “The Masked Dancer” came to a showstopping end Wednesday with a two-hour finale that revealed the identities of the three remaining contestants, one of whom was crowned the inaugural winner.

Following the first hour’s season recap and in-depth look at the clues for the Top 3 competitors — Tulip, Sloth and Cotton Candy — the 9 o’clock portion featured the trio’s final performances.

Tulip did a dance to Ava Max’s “Kings & Queens” and gave “followers” as her final “Word Up” clue.

The Sloth contestant did his last performance to “Ballroom Blitz” by The Struts and said “magical” as his voice hint.

Meanwhile, Cotton Candy chose Kesha’s “This Is Me” as the backdrop to her final dance and picked “foundation” as her last “Word Up” of the season.

After those performances, it was time for judges Ken Jeong, Paula Abdul, Brian Austin Green and Ashley Tisdale, plus the studio audience and “superfans” at home, to determine the winner, the runner-up and the third-place finisher.

The final vote had Tulip come in third place, Sloth in second and Cotton Candy in first.

When they were each unmasked, the judges and viewers learned their true identities: Tulip is “Dance Moms” alum Mackenzie Ziegler, Sloth is “Dancing With the Stars” pro Maksim Chmerkovskiy and Cotton Candy is Olympic gymnast Gabby Douglas.

“The Masked Dancer” might be over — for now — but “The Masked Singer” will premiere its fifth season on Wednesday, March 10 at 8/7c on Fox.