Home » TV and Movies » The Lighthouse release date, plot, cast, trailer – all you need to know

The Lighthouse release date, plot, cast, trailer – all you need to know

Robert Pattinson and Willem Dafoe have performed together in The Lighthouse, a pretty out-there thriller from Robert Eggers. Eggers also made The Witch, a movie which saw actress Anya Taylor-Joy catapult into fame. But what is The Lighthouse? Here is everything we know about the film after its stint in cinemas.

When is The Lighthouse out in cinemas?

The film has sadly been and gone in cinemas now, however it is likely to come out on DVD and Blu-ray in the next few months.

The film got its world premiere at Cannes Film Festival on May 19, after which it played at various festivals including Toronto International Film Festival and Zurich Film Festival.

There are still some festivals at which the film will play, including London Film Festival, before its USA released on October 18.

The film was then released across Europe through October, November and December, until the UK release on January 31. 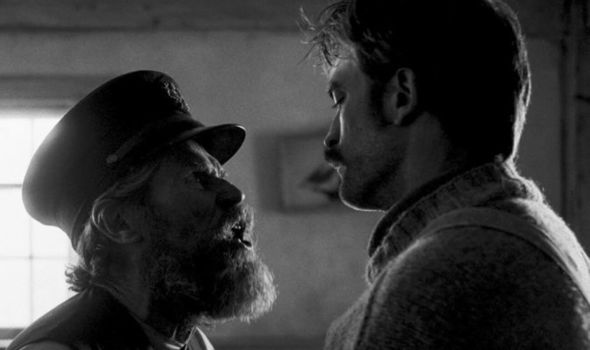 What is the plot of The Lighthouse?

The plot of The Lighthouse is a rather confusing one, which becomes spoiler-tastic within moments of speaking about it.

The general outline is that two men are left at a lighthouse to tend to its needs and keep it for a matter of weeks.

Soon enough, the pair lose track of themselves and their time in the lighthouse, as things grow strange and eery.

READ MORE: The Lighthouse review: A psychological rollercoaster which wrong-foots you the whole time 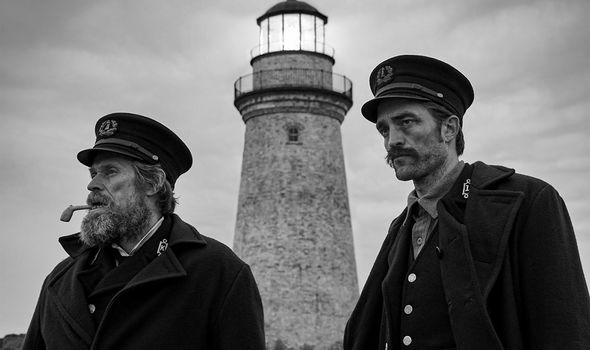 Who is in the cast of The Lighthouse?

Again to avoid spoilers, the key thing to know is that there are pretty much two people in this film for the entire thing.

He is joined by Robert Pattinson’s Ephraim Winslow, a young man brought on to do the hard labour, though he is more intrigued at what goes on with the light itself. 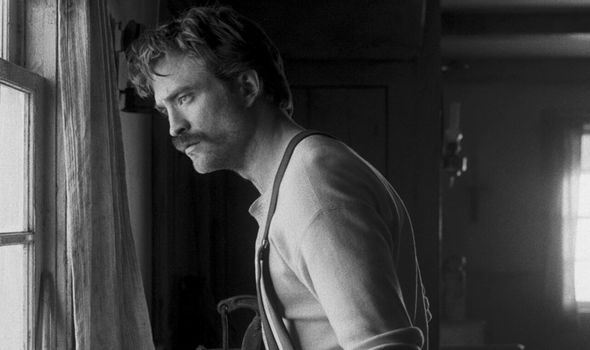 Is there a trailer for The Lighthouse?

There are a number of trailers for The Lighthouse, all of which feature the two main men struggling to cope with the isolation and hard work of tending to the lighthouse.

Viewers will also see the pair perform the various menial tasks required in the upkeep of the lighthouse, including wheeling coal across rocky hills and lugging huge tanks of oil up winding stairs.

Audiences will also notice the film is in black and white and does not use a usual widescreen aspect ratio, but instead a 1:19 to 1 ratio which makes it looks more square and antiquated. 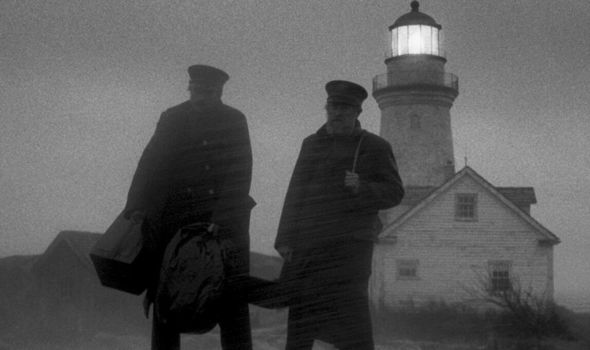 Where was The Lighthouse produced?

The entire set was built inside a hanger at Yarmouth International Airport, but external shots are of an actual lighthouse in the area.

The film was shot on black and white 35mm film and has so far won one prize at Cannes Film Festival – the FIRPESCI Prize during Directors’ Fortnight/Critics’ Week for director Robert Eggers.

‘Ghostbusters,’ ‘Morbius’ postponed to 2021 due to coronavirus
Michelle Keegan wows in makeup free isolation selfie as she shows off natural curls
Popular News
Major energy supplier to pay thousands of customers up to £100 to use less energy this winter – how to get it | The Sun
29/11/2022
Man Utd wonderkid Ramon Calliste, called ‘the next Giggs’, now owns luxury watch business and makes £5m a year – The Sun
26/03/2020
Megan Thee Stallion Addresses Criticism Over Twerking: ‘I Love to Shake My A**’
26/03/2020
Police guard shops to stop coronavirus panic-buyers and enforce social distancing – The Sun
26/03/2020
Coronavirus: Good Morning Britain’s Dr Hilary reveals ‘game-changing’ self-testing kit
26/03/2020
Recent Posts