Home » TV and Movies » 'The Last Kingdom': Fans Weigh in on Their 'Favorite Female Character' in the Series

'The Last Kingdom': Fans Weigh in on Their 'Favorite Female Character' in the Series

In the hit series The Last Kingdom, there are numerous characters, and consequently, people have varying opinions about their favorites. Recently on Reddit, fans weighed in about their “favorite female character,” and we have the details and the results, including what fans are saying.

Fans vote on their ‘favorite female character’ in ‘The Last Kingdom’

One of the options included Brida (Emily Cox), a former childhood friend and lover of Uhtred’s (Alexander Dreymon) who morphs into his enemy. Next up, fans had the option to choose Aethelflaed (Millie Brady), King Alfred’s daughter and lover of Uhtred’s at one point. There’s also the option of Hild (Eva Birthistle), a good friend of Uhtred’s and a warrior and former nun who eventually finds her way back to the church. Thyra (Julia Bache-Wiig) is next up, and she’s the sister of Uhtred’s who sadly died in season 3 in a house fire. Stiorra (Ruby Hartley) is another option, and she’s the daughter of Uhtred and Gisela (Peri Baumeister). Aelswith (Eliza Butterworth) is the last option, and she’s the pious wife of King Alfred (David Dawson).

As can be expected, fans had a lot of opinions on the situation in the comments as well, and opinions vary wildly. When it comes to Hild, a fans seem to prefer her. She’s mentioned eight times by different fans.

“Hild, no competition,” a fan said in the comments. “Hope we see her next season.” Another fan commented back saying, “She kicks a** AND is morally bound.”

Another fan loves the actress who plays Hild. “Hild, love the actress and she is always the smartest person in the room!” the fan said.

Gisela, Uhtred’s wife at one point, is also mentioned as a fan favorite. She sadly died giving birth to their son. She’s spoken about four times in the comments by fans of the series.

“Gisela,” a fan weighs in. Another commented back saying, “First thing I thought! Where’s my girl Gisela?!”

Athelflaed was shown some love in the comments as well and is mentioned four times. The poll creator wrote, “I am going with Aethelflaed but I also enioy Hild a lot.”

“Defo Aethelflaed, not even close,” a fan said.

Other popular characters are mentioned that weren’t even in the poll, including Iseult (Charlie Murphy), a former shadow queen and Uhtred’s lover who was killed.

“I like most of them, but have a soft spot for Iseult,” a fan adds. Another fan tends to agree. “Yes same. She was very interesting,” they said.

Eadith (Stefanie Martini), a minor character in season 4 who has a relationship with Lord Aethelred (Toby Regbo) and is the sister of Eardwulf (Jamie Blackley). “I also love Eadith!” a fan said, while another commented, “Agreed! The actress did a very good job.” 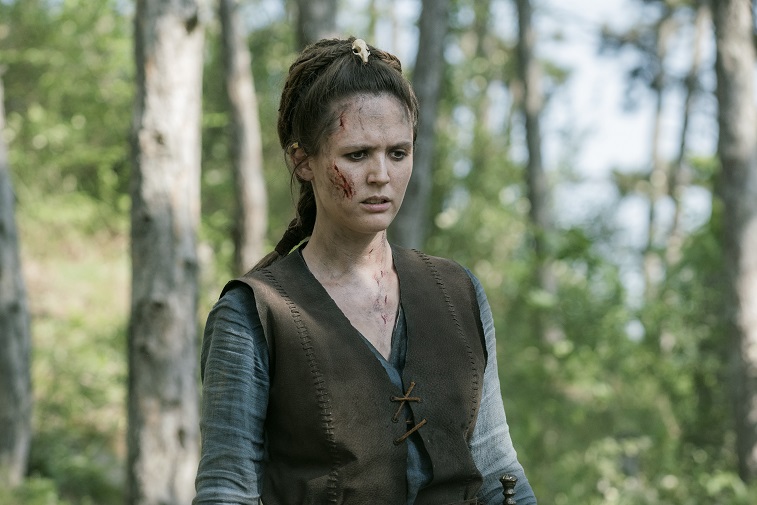 Brida was also shown some love in the comments. Although one said they “hate her,” others mentioned her three times.

“I voted for Brida because her arc has positioned her in an interesting place,” a fan said. “Her background as Uhtred’s childhood friend and lover plays so well against her as his sworn enemy now.”

Stiorra is talked about four times by fans of the series in the comments. “I love Stiorra who is really courageous as well but can be a brat sometimes,” a fan said.

Even Skade (Thea Sofie Loch Næss) from season 3, who was with Harald Bloodhair (Ola Rapace) and someone Uhtred kills, is named twice.

Fans have varying opinions about who their “favorite female character” is. However, Hild won the poll on Reddit.