Home » 'The Handmaid's Tale': How Did Gilead Find Out Where June Was?

'The Handmaid's Tale': How Did Gilead Find Out Where June Was?

The Handmaid’s Tale returned to Hulu with three new episodes on April 27. At the end of the second season 4 installment, “Nightshade,” Gilead soldiers descend upon the Keyes’ residence with SWAT-team-style snipers.

But the episode left fans a burning question. How did Gilead know that June and the other handmaids were there? 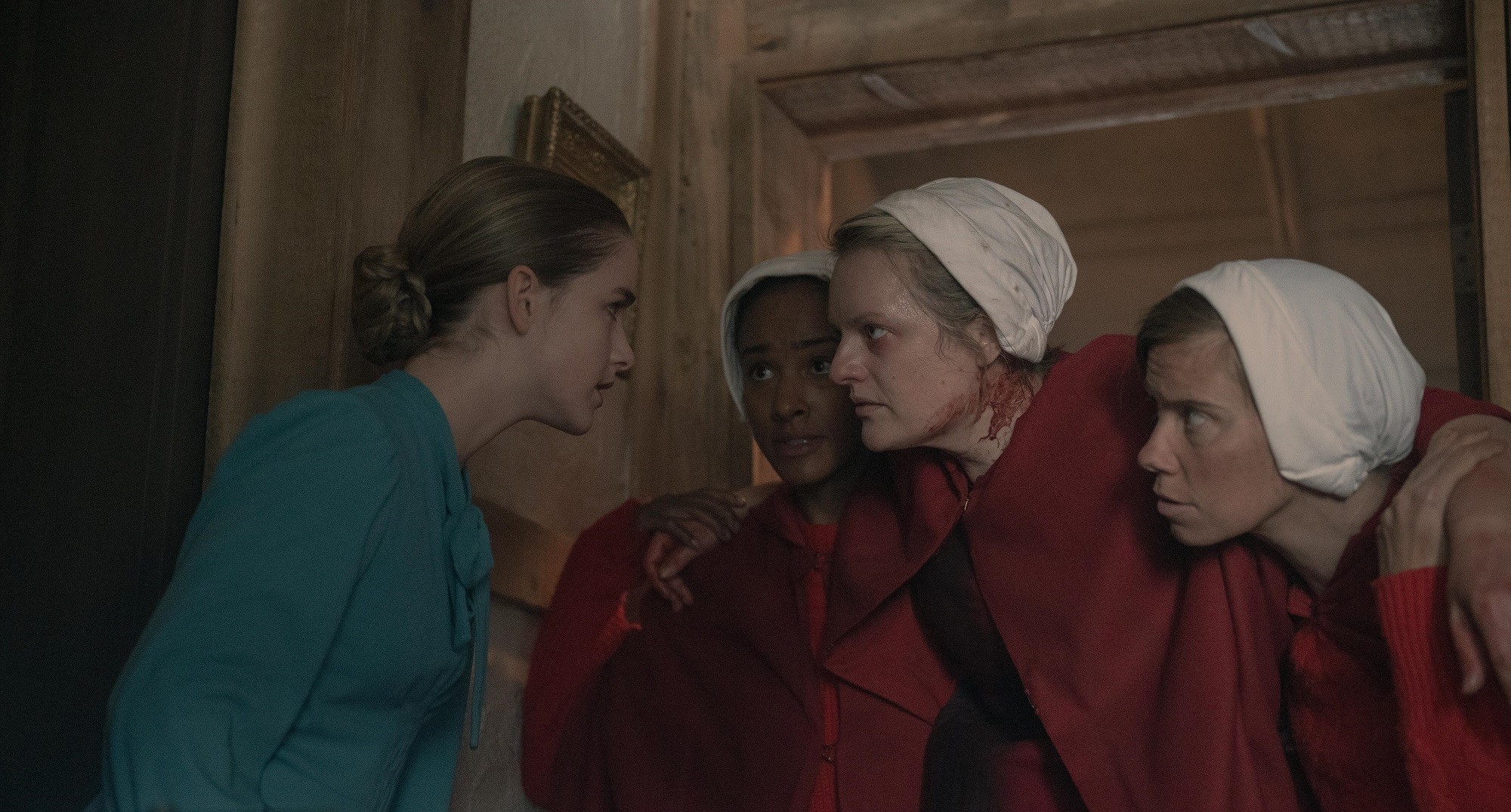 After helping a plane full of children and Marthas escape Gilead in The Handmaid’s Tale season 3 finale, June (Elisabeth Moss) and the other handmaids find shelter at Esther Keyes’ (McKenna Grace) farm. While June recovers from her gunshot wound, the rest of the women get acquainted with farm life under the extremely young mistress’ supervision.

But one thing Esther — who is part of Mayday — makes clear is that she wants to find and kill as many Gilead operatives as she can. When June asks her to chill, Esther reveals that her Commander husband often invited multiple men to rape her.

When Esther’s guards find a Gilead agent lurking nearby, they bring him to the farm. Realizing he was one of Esther’s rapists, June gives the young girl the green light to kill him.

But the next day, another Gilead soldier visits the farm asking about his missing colleague. Knowing they don’t have much time to leave, June visits a Mayday operative to set up their next safe house.

June is captured by Gilead

When June visits her new Mayday contact in the second episode of The Handmaid’s Tale season 4, she discovers that the woman, Daisy (Laura Vandervoort), works at a Jezebel country club.  Seeing all the high-ranking commanders at the brothel, June devises a plan.

She works with Esther to create a poisonous liquid made of nightshade. And she then brings the bottles to Daisy just hours before she and the handmaids are scheduled to flee the farm.

June convinces Daisy to poison the commanders and her Aunt and heads back to the Keyes’ home with their guard, David (Samir Salem). But as the two pull up to the farm, they find no one there.

David walks with June toward the house, but is shot in the head by snipers, who then point their lasers at June. Nick (Max Minghella) comes out of the barn and tells June that he’ll try to keep her alive.  She is then taken into Gilead’s custody, where they torture and question her about the missing handmaids.

So how did Gilead know June and the handmaids were at the Keyes farm in ‘The Handmaid’s Tale,’ season 4, episode 2?

When June gets to the farm, the handmaids were gone, suggesting they left in a hurry. And in The Handmaid’s Tale, episode 3, Nick assures her that Esther is safe and in custody.

But how did Gilead know June and the handmaids were there? They obviously knew something; otherwise, they wouldn’t have descended with Nick and an army of snipers.

If the Gilead agents who visited earlier suspected something, they would have asked to meet the Marthas on the farm immediately. And the Gilead SWAT team would likely have arrived at the property sooner.

It really feels like someone on the inside gave the handmaids up. It could have been Esther, possibly succumbing to the pressure of being caught. It’s clear she didn’t run away with the handmaids as she planned. And Nick’s revelation about Esther being in Gilead’s custody feels a little suspect.

Hopefully, with the next installment of season 4, “Milk,” which airs May 5, fans will get to see Esther again. And find out whether or not she, or someone else, led to June’s capture.