Home » TV and Movies » The Fall season 3 explained: What happened to Jim Burns at the end of The Fall?

The Fall season 3 explained: What happened to Jim Burns at the end of The Fall?

BBC series The Fall has been given a new lease of life after it arrived on Netflix UK recently. The show might have finished airing back in 2016 but since it landed in its entirety on the streaming service, many people have been watching the show for the first time. While season three wrapped up the horrific tale of the Belfast Strangler (played by Jamie Dornan), there were still question marks over some of the other characters.

The Fall season 3 explained: What happened to Jim Burns?

WARNING: This article contains spoilers from all seasons of The Fall

Season three ended with Assistant Chief Constable Jim Burns (John Lynch) stepping down from his position from the Police Service of Northern Ireland.

Burns was the one who drafted in Metropolitan Police Detective Stella Gibson (Gillian Anderson) to catch Paul Spector.

His career hinged on the success of the taskforce he’d set up and ultimately Gibson managed to catch the killer.

However, Burns clearly had many personal demons he was trying to come to terms with, which ultimately led to his resignation. 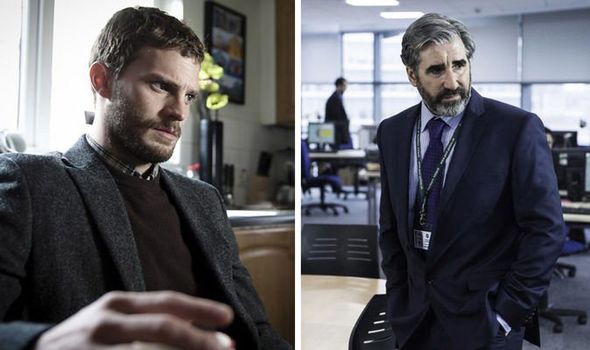 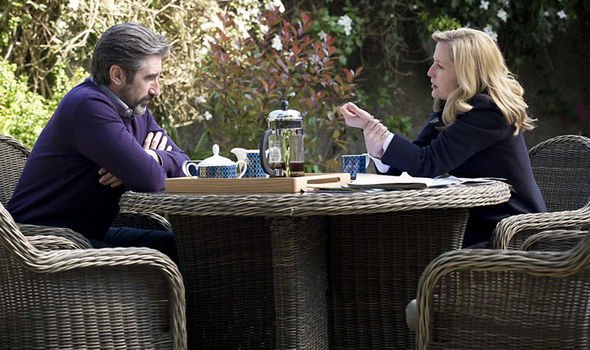 During the drama, viewers found out Burns had had an affair with Gibson which almost resulted in the end of his marriage.

Burns had even suggested he was willing to leave his wife for Gibson but she turned him down.

The officer had resorted to the bottle for comfort until finally he started attending Alcoholics’ Anonymous.

Sadly, during the manhunt for Spector – also know as Operation Music Man – and working with Gibson again, all wounds were reopened. 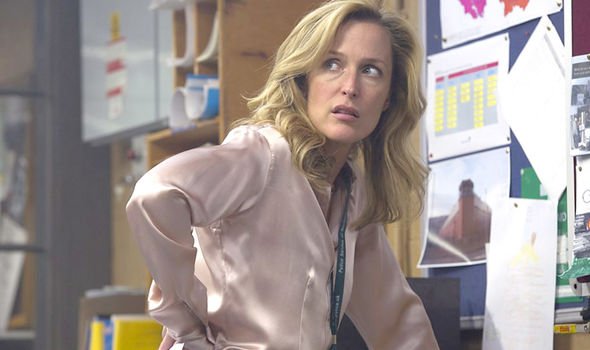 Burns started drinking again after falling off the wagon and compromising his career.

He even made a drunken pass at Gibson in her hotel room, but she gave him the cold shoulder with Burns profusely apologising too little too late.

Additionally, the scars of an old case were reopened after Burns discovered Spector was one of the boys abused at Father Jensen’s children’s home which he’d been investigating years ago in his career.

The deeply religious Burns was left damaged by the case and the abuse carried out by the priest – another reason he fell off the wagon. 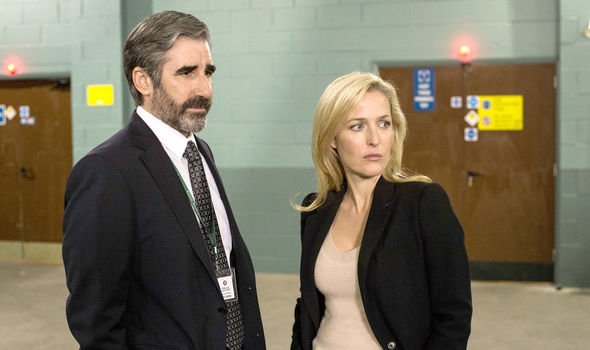 From the looks of it, the guilt for this earlier case having an impact on forming the Belfast Strangler may have tipped Burns over the edge.

Later, Burns’ alcoholism became apparent to his colleagues after he tried to intervene when Gibson was attacked by Spector.

In the end, Burns stepped down knowing his once glittering career was in tatters and it was better to leave before he was fired.

Since walking away from the force, it was unclear what happened to Burns, but it looked like he had pretty much lost everything thanks to the case.

Gibson wanted nothing to do with him and was getting ready to work on her next case after Spector took is own life and evaded justice.

If nothing else, the Belfast Strangler case was the final nail in the coffin for Burns’ career because he could no longer handle these disturbing investigations.

Speaking to Irish News in 2016 about his character, actor Lynch explained: “What I thought was really good about it and what [series writer] Allan Cubitt had captured really well was that nobody got away in the end, or escaped unmarked in some degree with their contact with Spector.”

He continued: “And I think the only option open to him was for Spector to exercise the only part of control that he still had, of himself and his own life.”

On whether Burns could make a comeback, Lynch seemed to think the detective had seen his last days in the job.

He said: “While I’m not sure, I certainly think that it could lead to Allan and Gillian [Anderson, who is also an executive producer on the show] doing something in a different situation, maybe at a different time, or even place. But not with Jim, – I would never presume that.

“And I could be wrong but I think that in terms of Belfast the story has been told.”

Related posts:
'Fargo' Heads South For Winter
Diana Ross Kicked Gladys Knight Off Her Tour Back in the Day
Popular News
Dog the Bounty Hunter thanks Jimmy Kimmel for a shout-out at the Emmys in his opening monologue
21/09/2020
Man Utd wonderkid Ramon Calliste, called ‘the next Giggs’, now owns luxury watch business and makes £5m a year – The Sun
26/03/2020
Megan Thee Stallion Addresses Criticism Over Twerking: ‘I Love to Shake My A**’
26/03/2020
Police guard shops to stop coronavirus panic-buyers and enforce social distancing – The Sun
26/03/2020
Coronavirus: Good Morning Britain’s Dr Hilary reveals ‘game-changing’ self-testing kit
26/03/2020
Recent Posts
This website uses cookies to improve your user experience and to provide you with advertisements that are relevant to your interests. By continuing to browse the site you are agreeing to our use of cookies.Ok