Bradley Walsh returned for a special edition of The Chase as four celebrities took on quizmaster Jenny Ryan. Ronni Anacona got the show off to a disappointing start after she was caught by Jenny, leaving it up to Adam Gemili to add the first sum of money to the jackpot. However, the ITV contestant shocked the team when Bradley facilitated a huge U-turn on the offer.

Adam was the second contestant to face the Chaser after earning £4,000 in his cash builder round.

The Chaser allowed the sprinter to move closer to the final by choosing to play for £1,000. 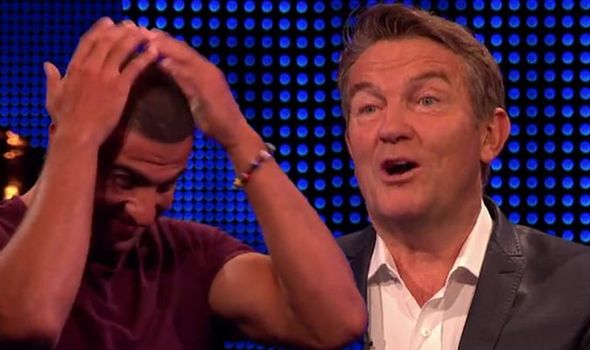 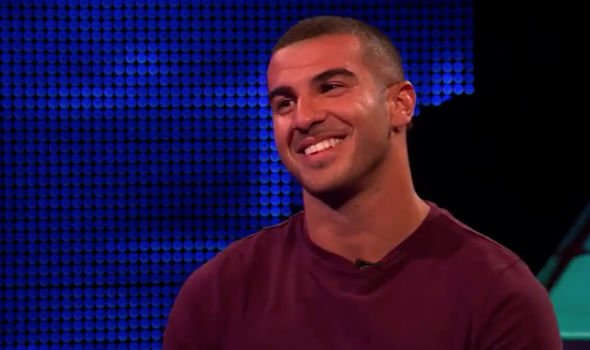 Advising his teammate, Joel said: “We can’t afford to lose another player…”

“So go for the 60,” Dave interjected as the studio audience burst out laughing.

Dave continued: “You know when you were a little lad and all the sprinters were in the blocks and you just thought, ‘I can’t do this.’ 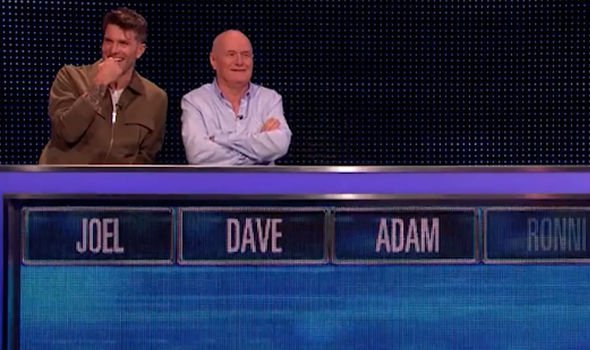 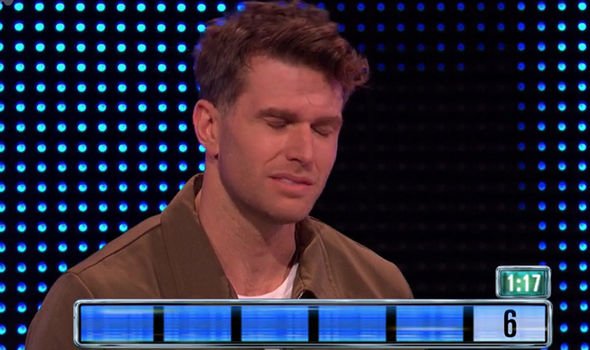 Adam was noticeably undecided but opted to go for £60,000 when asked by Bradley.

The ITV host was speechless as Dave shouted out: “I was only joking.”

Fearing his mistake, Adam said: “I should have gone for the four. Can I change?”

“You can change your mind, the money’s still on the table,” Bradley confirmed.

The Olympian agreed he wanted to change his mind and play for £4,000.

Unfortunately, Adam was caught by the Chaser and Dave subsequently followed suit.

Joel was the only player to make it through to the final after adding a whopping £150,000 to the jackpot.

However, he failed to outsmart The Vixen after achieving a score of 11 in the final chase.

ITV viewers were gutted with the result as one tweeted: “Oh dear, Joel has now left the building #TheChase.”

“Joel so out of his depth I was expecting Brad to throw him a lifebelt ..#thechase,” a second wrote.

Someone else shared: “Oh dear, looks like the wheels have fallen off for Joel.. and the money is safe in ITV’s bank! #TheChase.”

“Ahhh, tough on your own Joel… #TheChase,” another tweeted.

The Chase airs daily on ITV at 5pm.

Related posts:
Why doctors won’t give people who are pregnant lip fillers – an expert explains
Mums show what they feed their kids for breakfast including biscuits and crisps & 'say there's nothing wrong with it'
Popular News
Bobbi Cowan, Member of PR Dynasty Family Who Helped Break Top Arena Rock Bands, Dies at 78
27/10/2020
Man Utd wonderkid Ramon Calliste, called ‘the next Giggs’, now owns luxury watch business and makes £5m a year – The Sun
26/03/2020
Megan Thee Stallion Addresses Criticism Over Twerking: ‘I Love to Shake My A**’
26/03/2020
Police guard shops to stop coronavirus panic-buyers and enforce social distancing – The Sun
26/03/2020
Coronavirus: Good Morning Britain’s Dr Hilary reveals ‘game-changing’ self-testing kit
26/03/2020
Recent Posts
This website uses cookies to improve your user experience and to provide you with advertisements that are relevant to your interests. By continuing to browse the site you are agreeing to our use of cookies.Ok