Home » TV and Movies » The Chase viewers in uproar over contestant’s minus offer U-turn: ‘Deserve to be caught’

The Chase viewers in uproar over contestant’s minus offer U-turn: ‘Deserve to be caught’

Today’s episode of The Chase got off to a great start as Bryan raced through his cash builder round and then opted to take a high offer of £30,000 from chaser Mark ‘The Beast’ Labbett. Host Bradley Walsh was impressed with the player and commended him for daring to take on The Beast for a large sum of money despite his team players suggesting he play it safe.

Fortunately, Bryan successfully stayed ahead of The Beast and made it back to his fellow contestants.

Next up to the podium was Jim and he managed to win £5,000 in the cash builder.

The Beast presented him with the usual three offers and while Emma and Elisa insisted they wouldn’t mind if he took a lower offer, Jim stuck with his £5,000.

Again he successfully beat The Beast and the money was added to Bryan’s taking the jackpot up to £35,000. 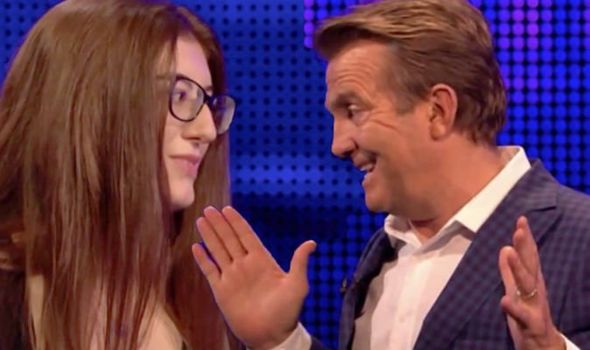 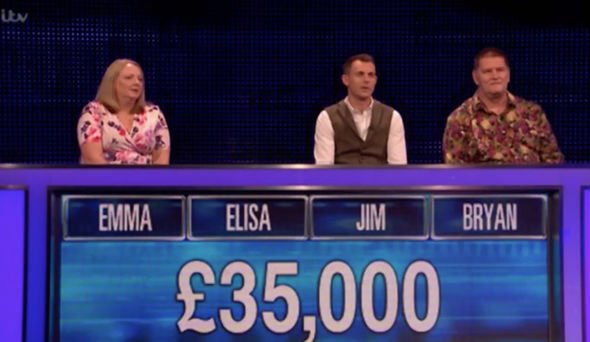 Elisa was the third contestant to take on The Beast but didn’t put on as a strong a performance as Jim and Bryan.

Despite struggling in her cash builder, Elisa insisted she would never take the minus offer.

But Elisa decided: “I have always said I would never go for the minus offer because of what it is. 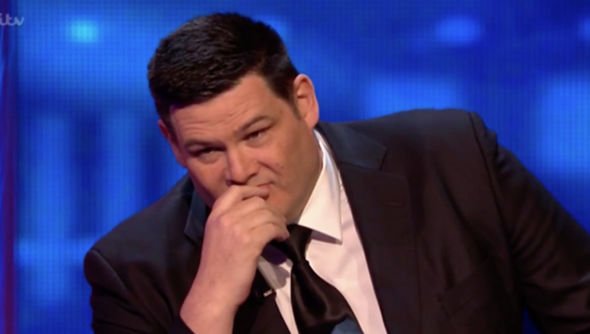 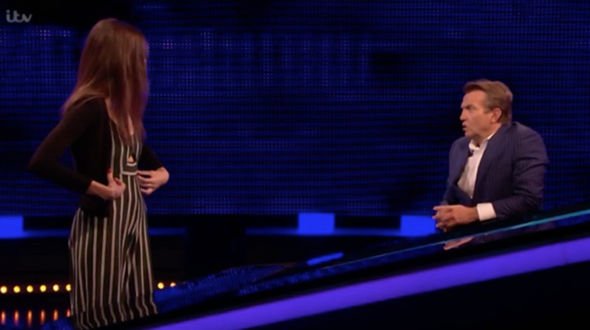 “The fact that’s it’s minus as well, you’ve done well there to mess up.

“45 is out of the questions completely but it’s going to have to be the minus I’m afraid.”

Those watching along at home were furious and took to Twitter to express their outrage at Elisa’s U-turn.

One viewer tweeted: “If I was friends with someone that went on #TheChase and took the minus offer, they would no longer be my friend.”

Another added: “When to go for the minus offer on #TheChase you deserve to be caught!”

Someone else shared: “So satisfying when someone says they will take a minus offer when the previous two contestants have got to £35K then they loose #TheChase.”

A fifth revealed: “There’s a few things that make me angry in life. Right up there is a contestant on #TheChase taking a lower offer.”

Despite taking the minus offer, Elisa didn’t stand much of a chance as she also struggled in the head-to-head round.

The 21-year-old who was hoping to use the money won on the show to go travelling was caught by The Beast incredibly quickly.

She was booted out of the competition and viewers were thrilled she didn’t take any money from the prize pot.

Unfortunately, even if Elisa did make it back, it’s unlikely her contribution on the Final Chase would make much of a difference.

Between Jim and Bryan, they failed to answer enough questions correctly and were caught by The Beast with 56 seconds left on the clock.

The Chase airs evenings on ITV at 5pm.

Related posts:
PrettyLittleThing’s sell-out £15 face mask dress is BACK, and now it comes in animal print
Brandon Cronenberg Will Now Perform an Interview
Popular News
Best supplements for hair growth: Three pills to take daily for healthy hair
23/10/2020
Man Utd wonderkid Ramon Calliste, called ‘the next Giggs’, now owns luxury watch business and makes £5m a year – The Sun
26/03/2020
Megan Thee Stallion Addresses Criticism Over Twerking: ‘I Love to Shake My A**’
26/03/2020
Police guard shops to stop coronavirus panic-buyers and enforce social distancing – The Sun
26/03/2020
Coronavirus: Good Morning Britain’s Dr Hilary reveals ‘game-changing’ self-testing kit
26/03/2020
Recent Posts
This website uses cookies to improve your user experience and to provide you with advertisements that are relevant to your interests. By continuing to browse the site you are agreeing to our use of cookies.Ok