Home » TV and Movies » The Bold and the Beautiful spoilers for next week: Friends spar, a partnership is formed, and a sister arrives

The Bold and the Beautiful spoilers for next week: Friends spar, a partnership is formed, and a sister arrives 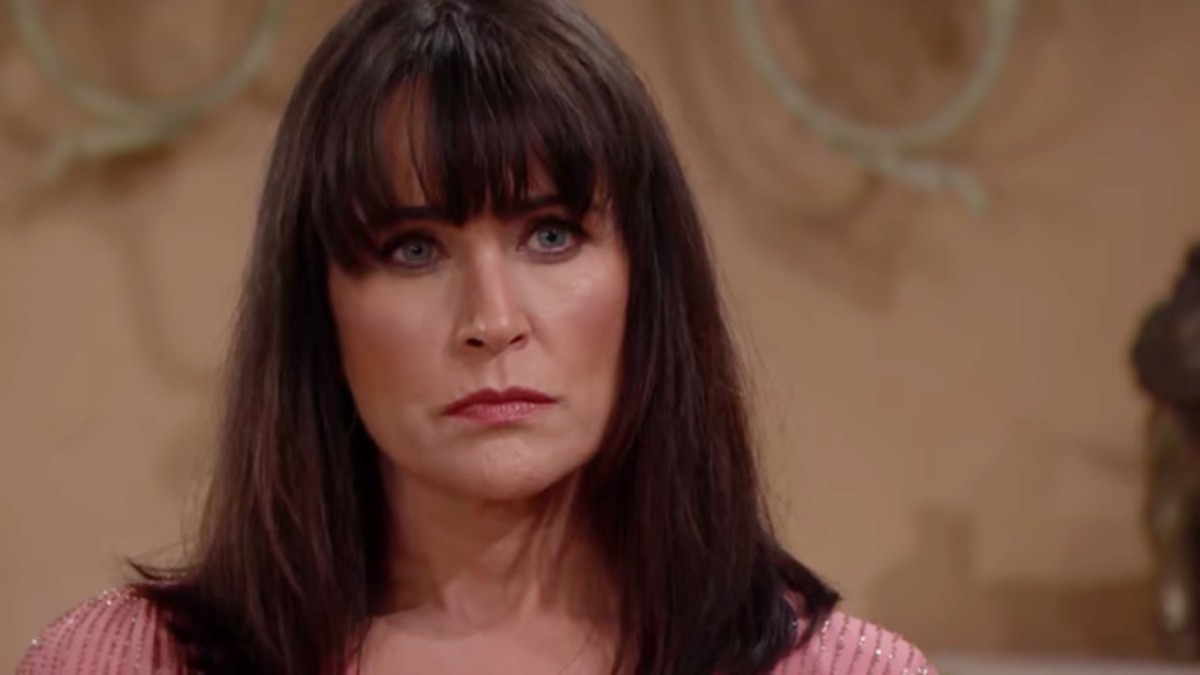 The Bold and the Beautiful spoilers for next week’s episodes of the CBS soap reveal that November sweeps are going to start off with a bang.

There will be tense moments where relationships are concerned, surprise connections, and an unlikely bond formed.

If this is the beginning of what sweeps will look like throughout the month, buckle up Bold and the Beautiful fans, it is going to be a wild ride.

After what seems like an insane amount of time spent fixating on Hope (Annika Noelle), Thomas (Matthew Atkinson) is back in the throes of the obsession.

When the Hope-like doll arrived at Forrester, viewers were stunned. Watching Thomas interact with the mannequin in such a bizarre way got everyone talking.

He is on the verge of a psych break, and Finn (Tanner Novlan) saw signs of it. Not only that, but Thomas declared that Hope wanted to be with him while he was in one of his trances in front of the good doctor.

Finn revealed what happened to Steffy (Jacqueline MacInnes Wood), which left her concerned as well.

Next week on The Bold and the Beautiful, an unlikely bonding moment will happen between Finn and Liam (Scott Clifton) as the two figure out that Thomas is walking down a dark path.

This will possibly lead Liam into seeing the Hope-like doll that is in Thomas’ apartment, and that won’t be good for anyone.

Things are getting spooky just in time for Halloween…😱 #BoldandBeautiful is new this week on @cbstv and @cbsallaccess.

Viewers have been anticipating the arrival of Paris (Diamond White) as Zoe’s (Kiara Barnes) sister. It was speculated that she will add to the mounting tension with her sister and the two men who are pursuing her.

Right now, Zoe is working on building something with Carter (Lawrence Saint-Victor). Zende’s (Delon de Metz) arrival has caused some complications for the model, and now her sister’s presence will do the same.

The Bold and the Beautiful spoilers reveal that the green-eyed monster is going to be present in Los Angeles, but will it have Zoe or Paris under its spell?

After learning that Eric (John McCook) is still not ready to move past what she has done, Quinn (Rena Sofer) is going to attempt to shift the blame.

Shauna (Denise Richards) is going to be on the receiving end of Quinn’s wrath. Things won’t be good as she tries to blame her friend for the current situation in her marriage.

Of course, there is no responsibility taken by the raven-haired beauty at all.

When Eric sides with Shauna, Quinn will be seeing more than just red.

What will happen to the people of Los Angeles next week on The Bold and the Beautiful? Be sure to tune in and find out!

The Bold and the Beautiful airs weekdays on CBS.

Related posts:
An Illinois judge just ruled that Kyle Rittenhouse will be extradited to Wisconsin in a terse opinion accusing him of asking the court to ‘ignore binding Illinois law’
Days of our Lives spoilers for next week: Ben lands in jail, Henry’s DNA results, and OMG news for Abigail
Popular News
Helena Bonham Carter Says 'The Crown' Has 'Moral Responsibility' to Label Itself a Drama
01/12/2020
Man Utd wonderkid Ramon Calliste, called ‘the next Giggs’, now owns luxury watch business and makes £5m a year – The Sun
26/03/2020
Megan Thee Stallion Addresses Criticism Over Twerking: ‘I Love to Shake My A**’
26/03/2020
Police guard shops to stop coronavirus panic-buyers and enforce social distancing – The Sun
26/03/2020
Coronavirus: Good Morning Britain’s Dr Hilary reveals ‘game-changing’ self-testing kit
26/03/2020
Recent Posts
This website uses cookies to improve your user experience and to provide you with advertisements that are relevant to your interests. By continuing to browse the site you are agreeing to our use of cookies.Ok