The 10 most cringeworthy moments in Bachelorette history

The top 10 most cringeworthy moments in Bachelorette history are the icing on the cake of seasons filled with drunken arguments, guitar serenades, and guys who just want to bro out.

But, really, is there any point to cake other than the delicious frosting on top?

Cringeworthy moments are 90 percent of the reason we watch reality television, and Chris Harrison is, of course, the other 10 percent.

Crack open your boxed wine, get out the charcuterie, send your husband out for guys night, and get something for your secondhand embarrassment stomachache.

We’re jumping right into the most cringeworthy moments in Bachelorette history.

1. DeMario gets confronted about his girlfriend 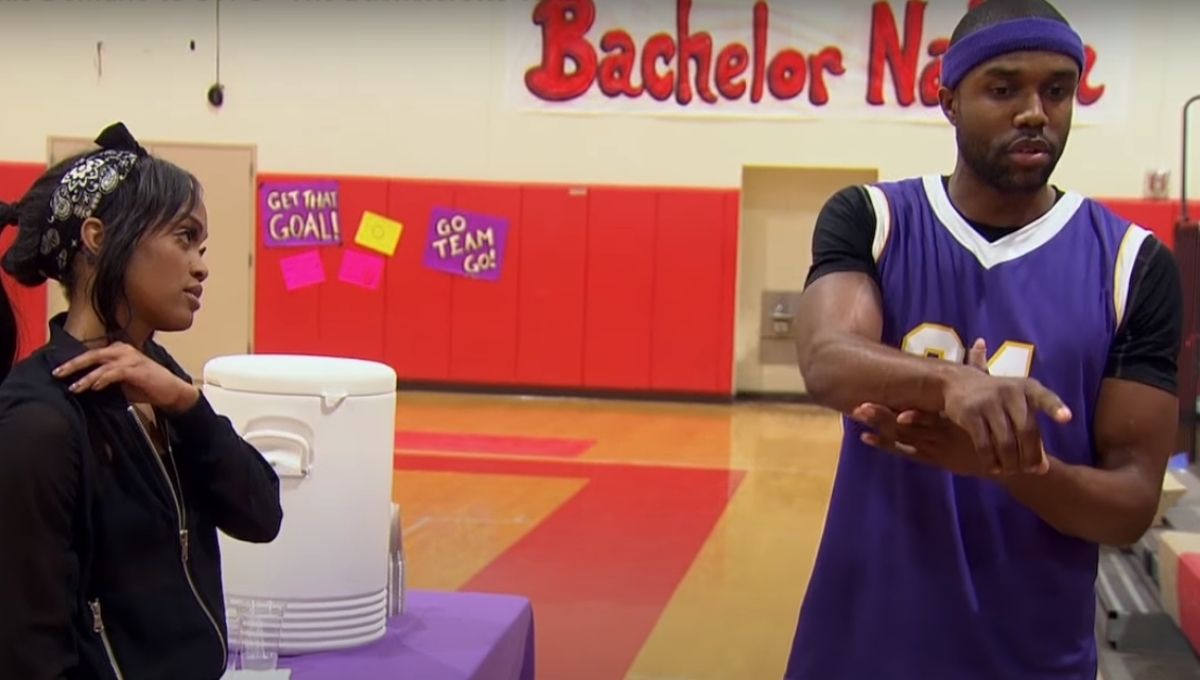 Demario Jackson broke the cardinal rule when he entered Rachel Lindsay’s season of The Bachelorette: he went on the show while he had a girlfriend.

Unfortunately for him, Lexi, the girlfriend showed up and confronted him! Who doesn’t wish this had happened to Jed Wyatt?

He was clearly caught in a lie when he started interrupting Rachel, talking in circles, and wouldn’t explain himself. Rachel went into full-on lawyer mode when she began asking DeMario direct questions, and he wouldn’t give her an answer.

It was an eye roll moment on a show that’s already full of them. Rachel finally was forced to read messages on Lexi’s phone, and in the words of Emily Maynard, told him to “get the f**k out.” 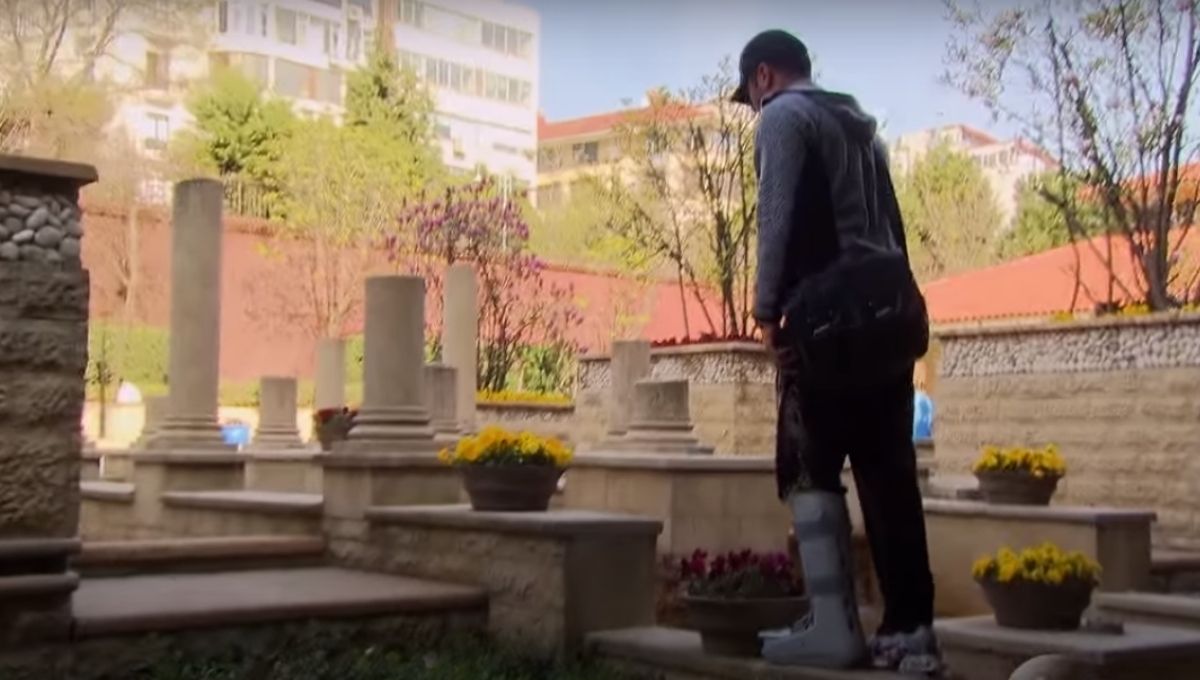 The only thing worse than going on the Bachelorette with a girlfriend back home is running away when you get caught.

That’s right, Justin ‘Rated R’ Rego, pulled a “run Forrest, run” when Ali Fedotowsky confronted him. Not only that, but the guy had a full cast on his leg while he did it!

It wasn’t only cringeworthy, but actually pretty comical. As if he was in an obstacle course, Rated R ran through bushes, hopped over fences, and tried to go through locked doors, all while Bachelor producers and Ali chased him with cameras.

Like an episode of Cheaters, Ali yelled at him, telling him how much he would regret leaving the way he did, but he was already long gone. 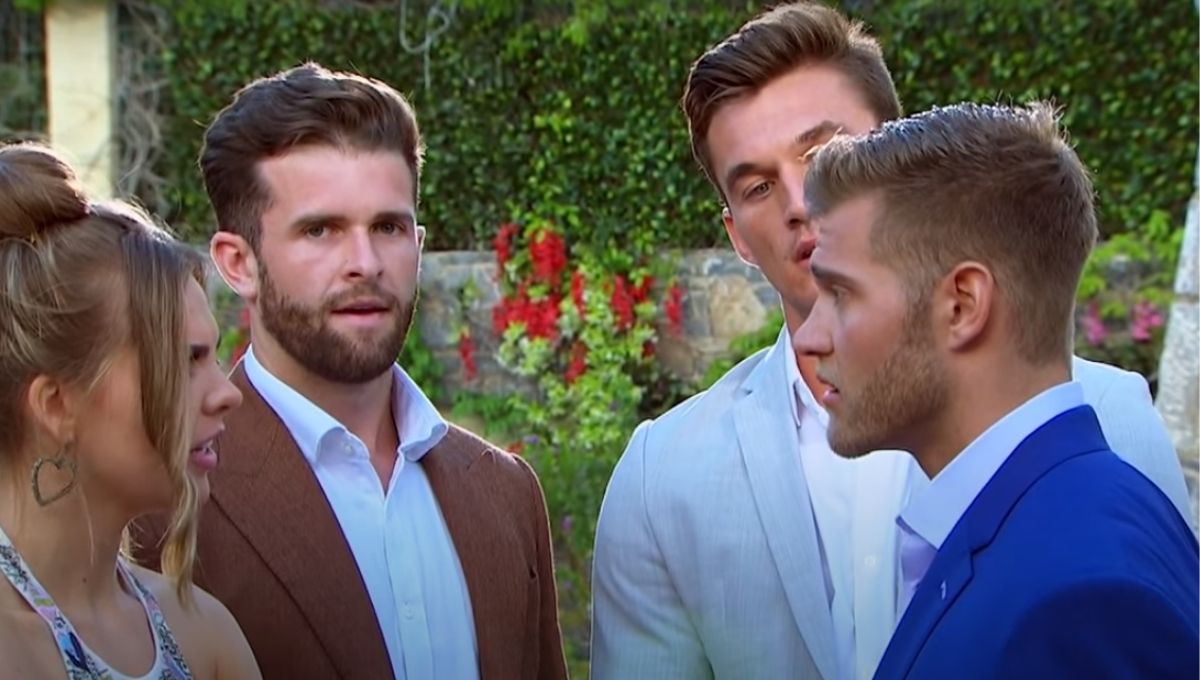 Luke Parker, close up, filming himself in a van felt a lot like The Blair Witch Project. He explained himself, claiming Hannah Brown thought he wouldn’t want her anymore after their last conversation.

Ummm, pretty sure she sent him home with a middle finger instead of a goodbye kiss, but Luke was a tad bit delusional.

It got pretty creepy when he claimed things weren’t over for him yet, despite Hannah dumping him (someone should tell Luke no means no.) In a pretty comical turn of events, Luke showed up to the rose ceremony and stood with the other guys, who had no idea he was sent home!

Hannah looked like she had seen a ghost when she showed up, and we were blessed with that iconic moment when she moved the podium! Are leads allowed to touch the set?!

Luke went on to try to explain to Hannah what communication was by telling her to “listen!” and everyone watching threw up in their mouth a little bit.

Luke Parker’s entire time on the show should be shown to every single person before they start dating as a lesson in exactly what not to look for in a partner.

4. Jed Wyatt proposing to Hannah Brown with his guitar 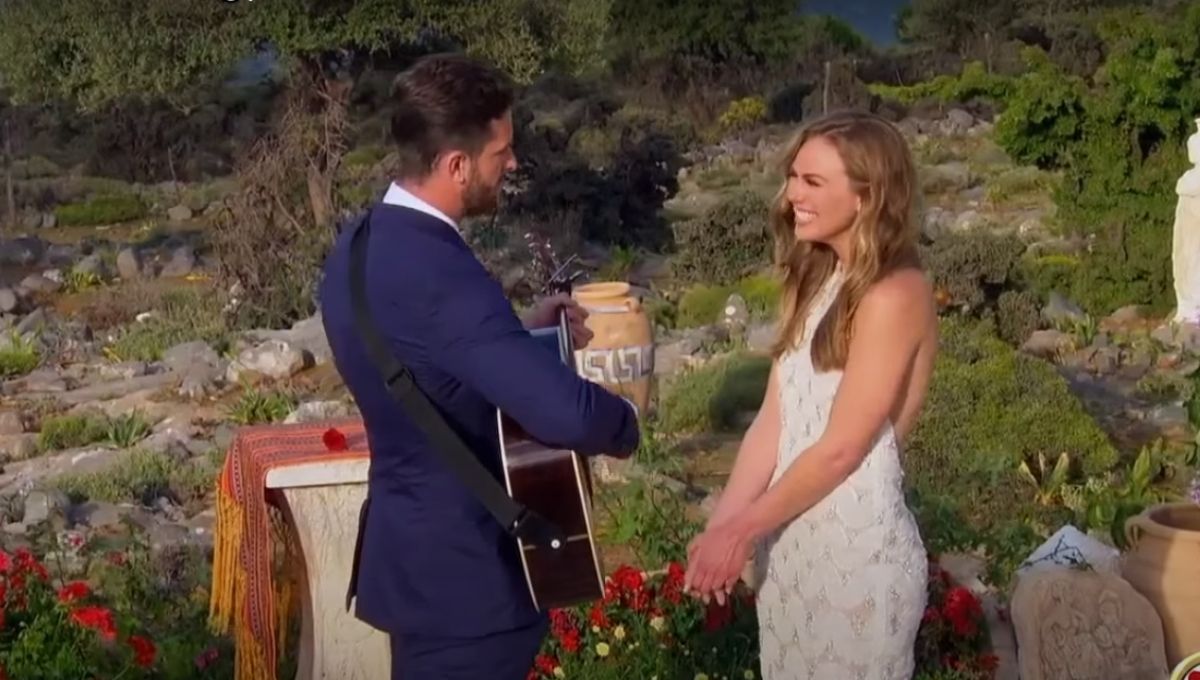 Before Hannah Brown’s season finale of The Bachelorette aired, rumors began swirling that Jed Wyatt had a girlfriend back home.

It was clear to viewers that Jed only went on the show to further his singing career, which made it particularly cringeworthy every time he picked up his guitar.

Jed was waiting for his big moment all season long, and when he walked up to the podium to propose to Hannah, he sang a song while she looked way happier than he did.

Hannah looked like a proud mom watching her kid play a tree in the school play, and Jed just looked spooked. Perhaps he was wondering how long it would take before the whole world found out his secret? Or he realized he may actually have to go through with marrying Hannah.

The irony is that he went on the show to further his singing career, yet it appears The Bachelorette actually ruined it. At least the producers got a new show idea out of it in the form of Listen to Your Heart. Lemonade from lemons right guys? 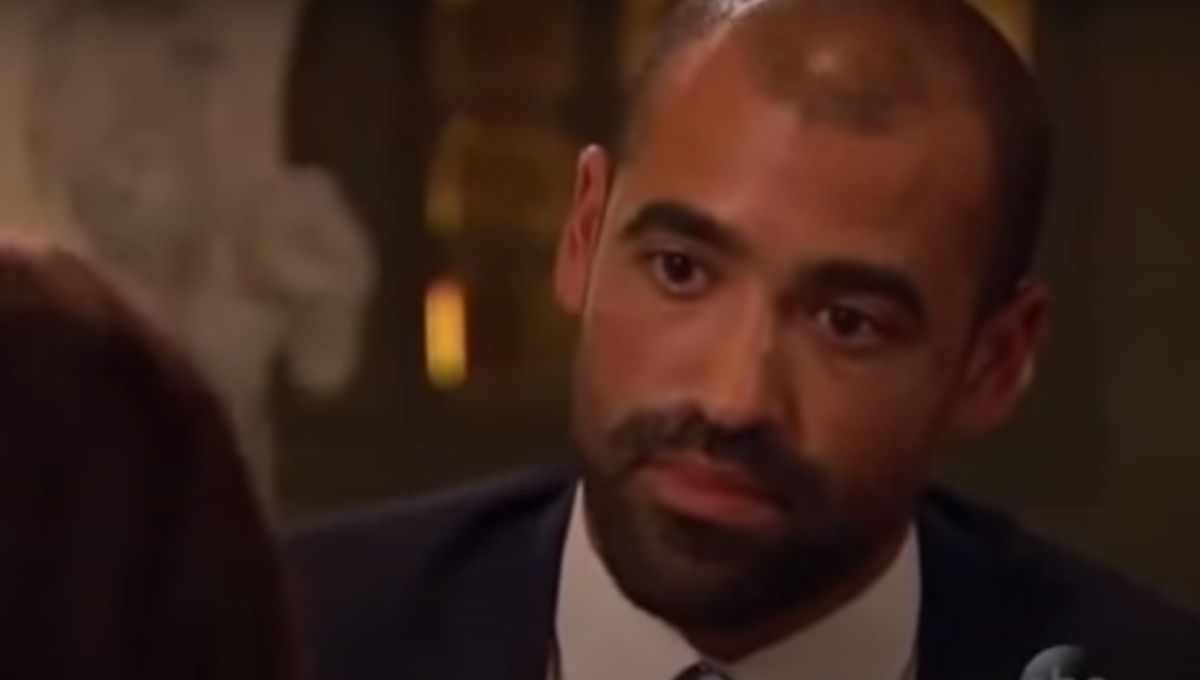 Of all the people viewers have taken a disliking to over the years, Ian Thomson was one of the worst. Telling someone you’re not trying to offend them, and then saying things that are super offensive is the definition of irritating.

Ian sat down with Kaitlyn Bristowe to basically give her a lecture about how shallow he thought she was, calling her “surface level” multiple times.

For a guy who claims he’s more intellectual than everyone else, he appears to be hypocritical for coming on The Bachelorette at all. Apparently, Ian thought he was too deep for Kaitlyn as well. Perhaps he should dig deep enough to get all the way to China? And stay there.

Clearly, Ian subscribes to the “treat ’em mean to keep ’em keen” method of dating, yet didn’t realize he was dealing with a stronger woman than that. 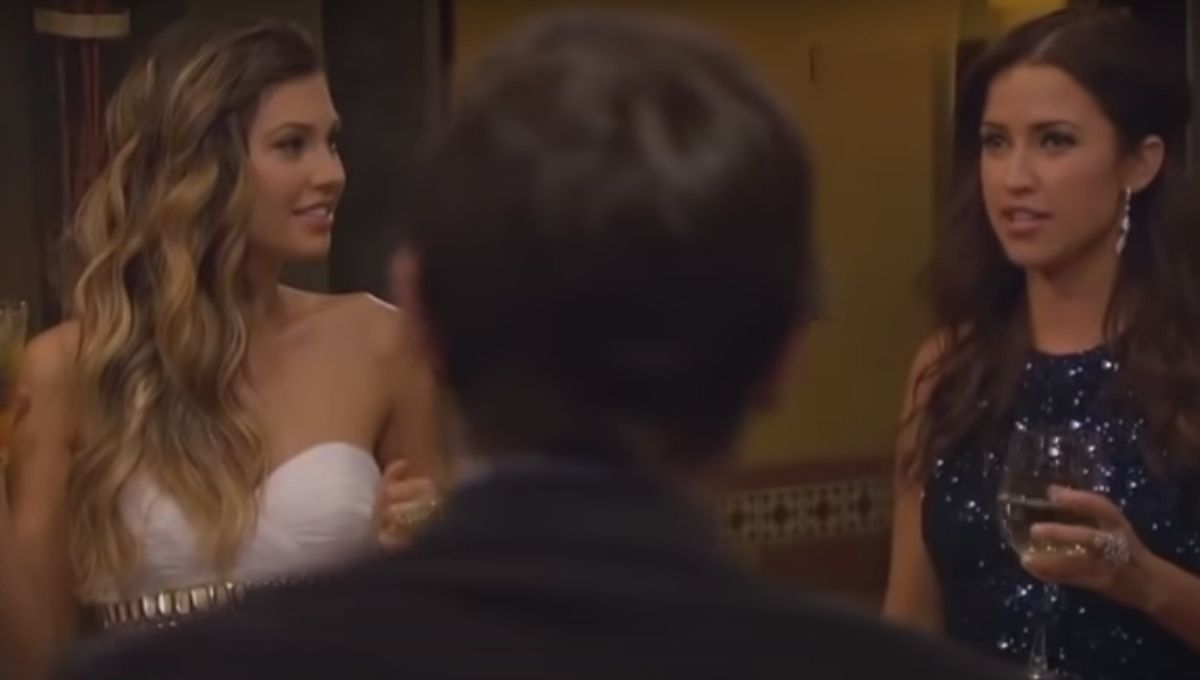 Bachelor franchise producers clearly forgot what year we’re living in when they decided to pit two potential Bachelorettes against each other and have the guys vote on who they wanted. It was like choosing the homecoming queen in a teen movie — petty and vicious.

Britt Nilsson and Kaitlyn Bristowe competed against each other in order to have a big group of guys compete with each other for one of them. Did you catch all that?

It made for uncomfortable viewing, especially when the guys voted for which Bachelorette they wanted in a dark room with boxes like they were on Survivor.

Unfortunately for Britt, she was the one voted off the island. What made for even more cringeworthy viewing? The guys who voted for Britt going on to date Kaitlyn.

7. Nick Viall reveals he and Andi Dorfman had sex in the fantasy suite 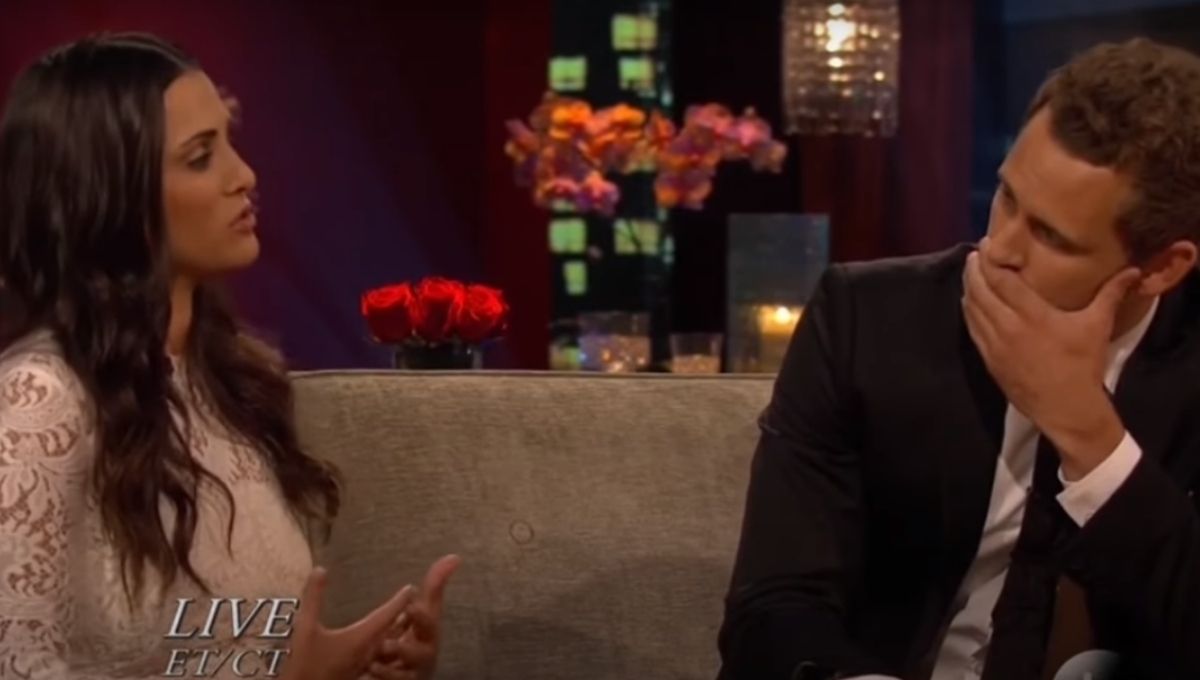 Nick Viall did the unthinkable during the live taping of After the Final Rose. He told Bachelor Nation that he and Andi Dorfman had “made love,” and it was so cringeworthy. From the awkward way he said it to the sexist undertones, it was not a good look for Nick.

Poor Chris Harrison is a fly on the wall during all these conversations, and even he was at a loss for words. Not only was Nick accusatory and felt Andi owed him something, but he did it on live television, knowing people would be talking about it later.

Not only that but her fiance Josh Murray was watching, which Chris Harrison told viewers while Nick was still sitting there. Ouch! 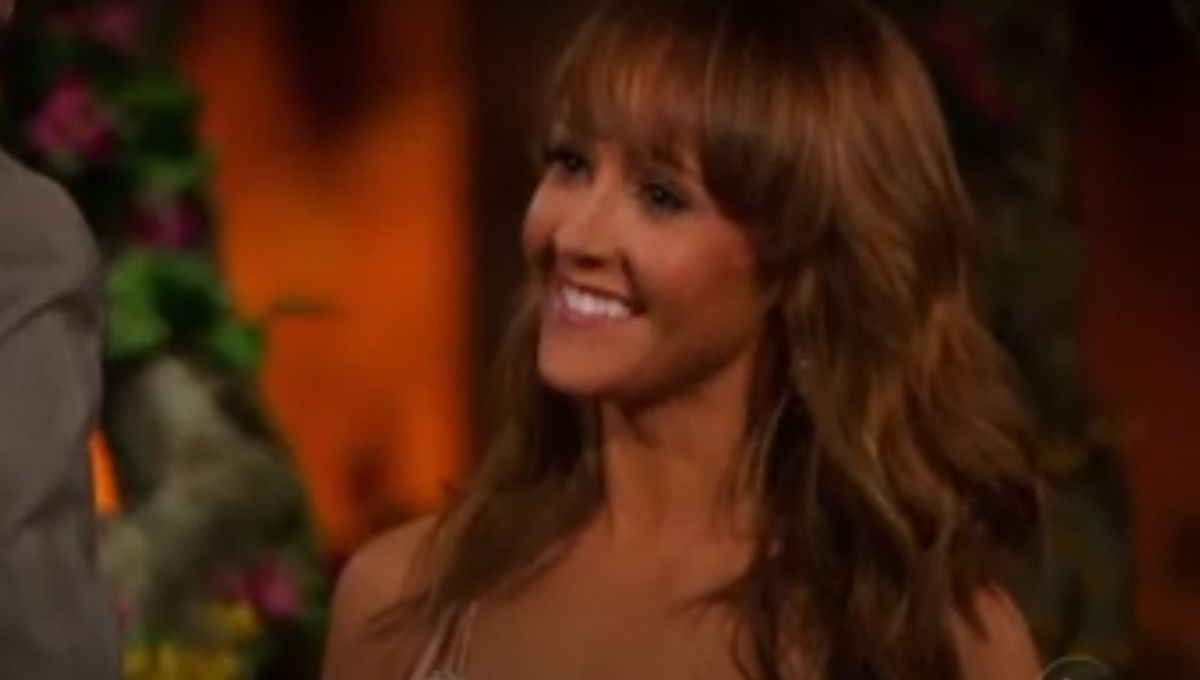 Bachelor producers must have been sitting around the drawing room, thinking of date ideas when some intern who had no idea what they were doing made a suggestion: “Why don’t we have a group of guys who are trying to marry our lead, Ashley Hebert, roast her? They could say really terrible things and try to make her cry, it will be great!”

On a completely ridiculous group date, Ashley sat on stage while the guys made jokes about how flat-chested she was and how they wish The Bachelorette had been Emily (her two biggest insecurities.)

Ashley naturally ended up in tears, and producers twiddled their thumbs together and patted themselves on the back for this ratings gold.

Ashley suffered a lot during her season, including dating Bentley Williams. It’s astounding she made it through without completely losing it. 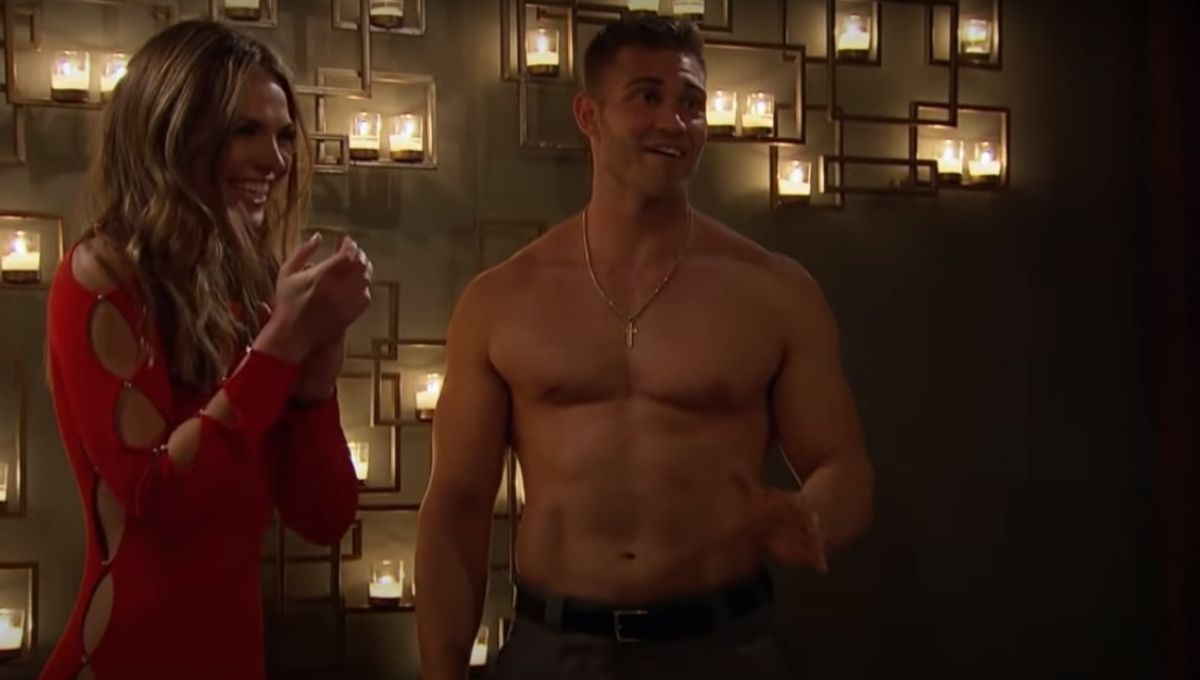 For someone who shamed Hannah about her windmill sex session during fantasy suites, Luke Parker didn’t have any problem giving her a massage and claiming he was good with his hands. Does that mean he is an “everything but..” guy?

Things got all Fifty Shades pretty quickly when Luke offered to give Hannah a massage (which was already cringeworthy to begin with) but then Jed walked in! 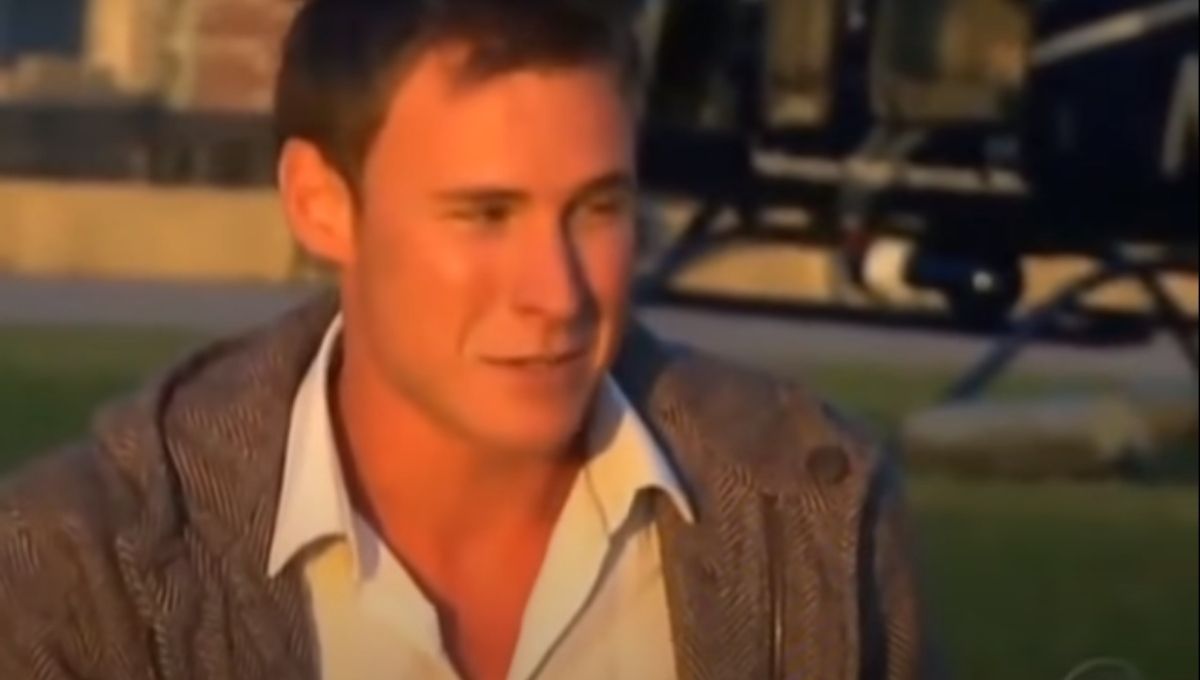 Just like Buddy the Elf before him, Kasey Kahl enjoys singing about what he’s doing and wanted to tell Ali Fedotowsky about their date.

He sang, “When I was flying, in the helicopter, over this amazing city, I looked to my left and never saw something so pretty.” Dr. Seuss doesn’t have anything on this guy! Also, Jed Wyatt could learn a thing or two from him.

Ali giggled uncomfortably, and then he startled her by continuing to sing. The cringe was so hard with this one, it was impossible not to awkwardly laugh. Kasey concluded his song and told Ali, “Yeah, that’s pretty intense stuff.” You’re so very right Kasey.