We’re all aware of the impossible situation that film currently finds itself in. Screens started shutting in the summer. This is because the big new movies have all been postponed. This is because movie studios are nervous about losses. And this is because Tenet, the great bellwether of cinema in 2020, underperformed theatrically.

But perhaps an alternate dimension exists where cinema is still thriving. The Eternals is breaking box-office records. No Time to Die is still showing to packed houses. Pre-sales for Dune are through the roof. And it’s all because people flocked to Tenet in their droves. What separates that dimension from this? That version’s Tenet had a better sound mix. People saw it, they understood it, they didn’t immediately tell all their friends that it was frustrating and incomprehensible, and as a result it gave Hollywood the confidence to spring back into action.

It’s hard to be anything other than completely perplexed by Tenet’s sound mix, where almost every scrap of dialogue that isn’t being screamed by Kenneth Branagh is smothered under a thick blanket of soupy noise. Don’t get me wrong, it might still be a good film – I’m looking forward to watching it at home with the subtitles on to find out – but a movie where you have to try to lip-read several complicated theories about the nature of time isn’t exactly accessible to a mass audience.

Hard to pardon: why Tenet’s muffled dialogue is a very modern problem

Nevertheless, Christopher Nolan is bullish on the matter. The topic of his sound mixes comes up in the new book The Nolan Variations, and he claims that his peers have called him up to complain about it. “I actually got calls from other film-makers who would say, ‘I just saw your film, and the dialogue is inaudible.’ Some people thought maybe the music’s too loud, but the truth was it was kind of the whole enchilada of how we had chosen to mix it.”

Discussing Interstellar – another film that vacillates between quiet and loud so violently that you can only really watch it at home with one hand constantly adjusting the volume – he said: “It was a very, very radical mix. I was a little shocked to realise how conservative people are when it comes to sound. Because you can make a film that looks like anything, you can shoot on your iPhone, no one’s going to complain. But if you mix the sound a certain way, or if you use certain sub-frequencies, people get up in arms.” 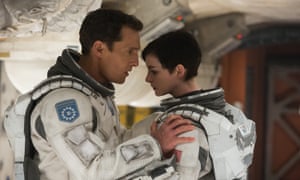 Obviously this is nothing new with Nolan. As far back as The Dark Knight Rises in 2012, he has been toying with our perception of sound, then treating us to a Bane who initially sounded like a pirate choking on a ball gag. Back then he caved to pressure and cleaned up the mix a little – and a brief respite came in the form of Dunkirk, where none of the characters had anything of particular interest to say anyway – but it looks like those days are over.

In 2017, when the subject came up again as people realised that Dunkirk was quite loud, Nolan claimed that he only made films for perfect cinemas, telling IndieWire: “We made the decision a couple of films ago that we weren’t going to mix films for substandard theatres.”

It’s a decent enough notion and, as one of the few film-makers around who can balance arthouse tendencies with vast commercial appeal, Christopher Nolan should be commended for his desire to move the medium into new and unexpected places. But I’ve seen two films in cinemas since March. In one of them, I had to endure a scene where the sound of Michael Caine chewing a piece of meat was louder than the dialogue. Nolan is under no obligation to mix his films for substandard theatres. But if he ever fancies mixing them for human beings, we should welcome him back with open arms.

Related posts:
The Quarantine Stream: "The Case of the Missing Hit" is a Riveting Episode of 'Reply All'
Moderna Says Preliminary Trial Data Shows COVID Vaccine Is 94.5 Percent Effective
Popular News
Leonardo DiCaprio Had No Clue 'Titanic' Would Become a Global Hit — 'Our Heads Were Spinning'
26/11/2020
Man Utd wonderkid Ramon Calliste, called ‘the next Giggs’, now owns luxury watch business and makes £5m a year – The Sun
26/03/2020
Megan Thee Stallion Addresses Criticism Over Twerking: ‘I Love to Shake My A**’
26/03/2020
Police guard shops to stop coronavirus panic-buyers and enforce social distancing – The Sun
26/03/2020
Coronavirus: Good Morning Britain’s Dr Hilary reveals ‘game-changing’ self-testing kit
26/03/2020
Recent Posts
This website uses cookies to improve your user experience and to provide you with advertisements that are relevant to your interests. By continuing to browse the site you are agreeing to our use of cookies.Ok