CORY Wharton was slammed by fans for saying he needed to win a one million dollar prize for his girlfriend and their unborn baby, but didn't mention his daughter Ryder.

The Teen Mom OG star is competing on the new season of The Challenge and already has his mind set on the mega prize. 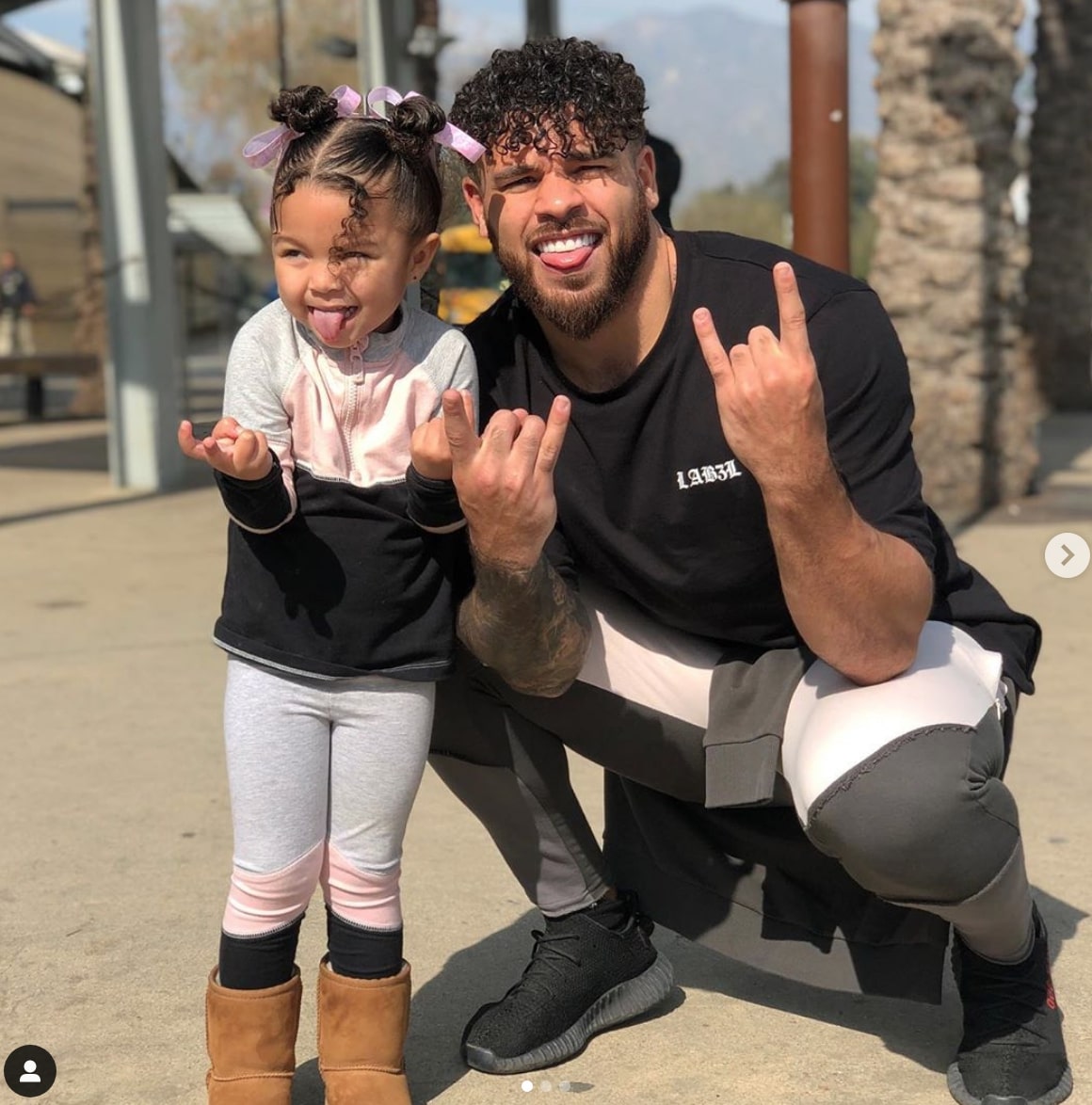 Cory, 29, gushed over his pregnant girlfriend and their unborn baby on the premiere episode.

He said: "My girlfriend Taylor is pregnant, we are expecting a kid, so I need to win this one million dollars. Not only for me, but for Taylor and our new baby."

Fans of the show were left furious because he did not mention his daughter, Ryder, 2.

He shares his daughter with his Teen Mom OG costar, Cheyenne Floyd. 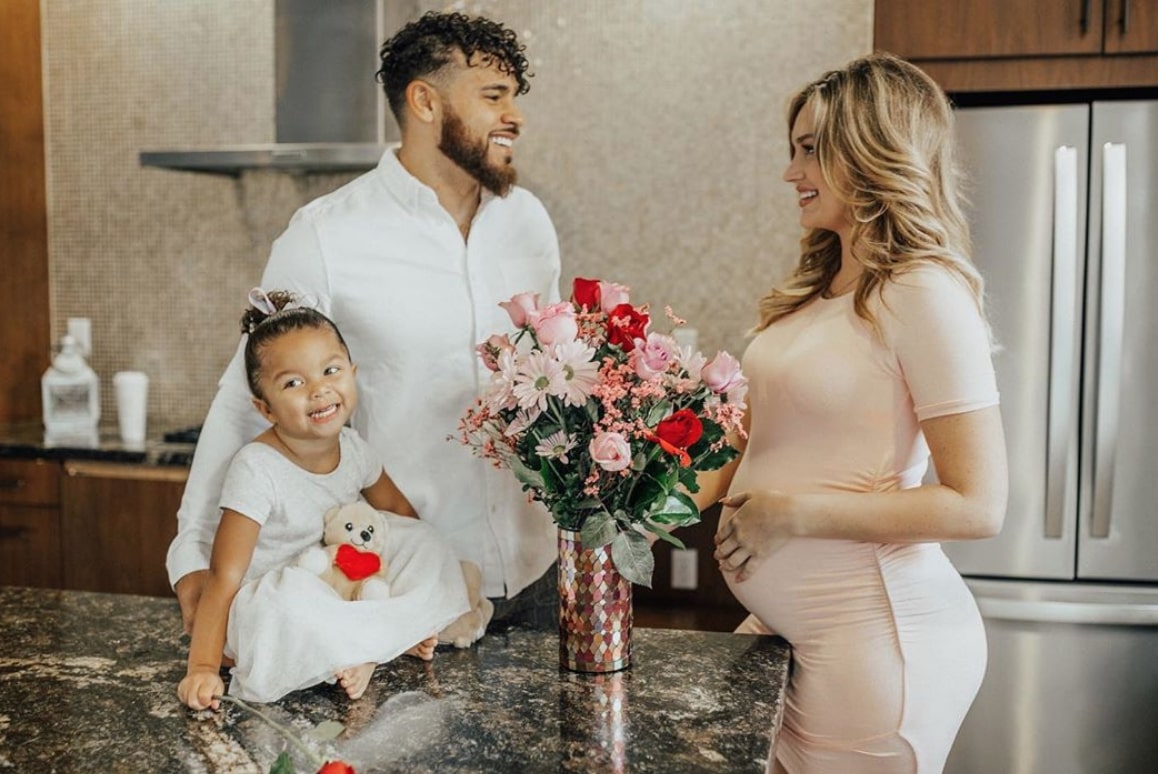 One fan tweeted at Cory: "I'm disgusted that your interview said you need to win the money for Taylor and your new baby. What about Ryder and Cheyenne? D**k move."

Another wrote: "He didn't mention [Ryder] in the episode…bad look my dude." 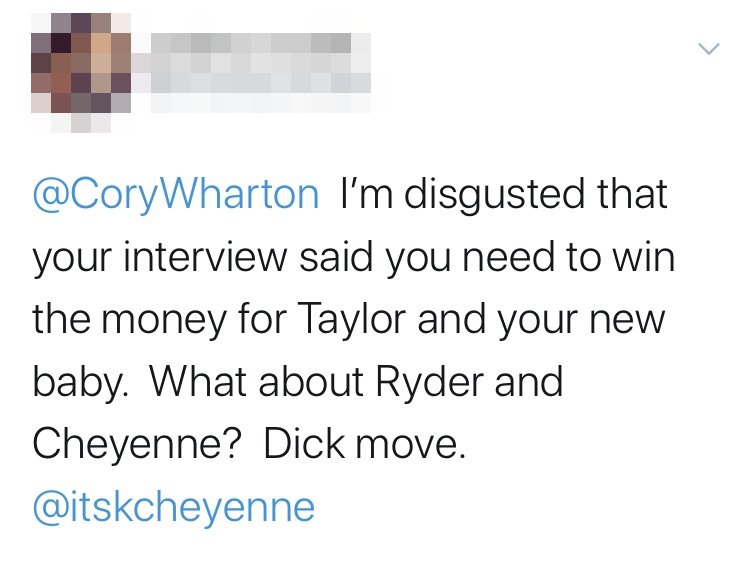 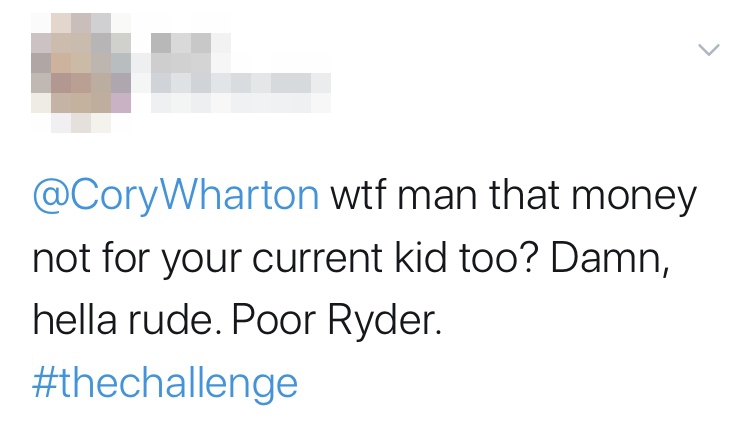 Another viewer tweeted at Cory: "[What the f**k man] that money not for your current kid too? Damn, hella rude. Poor Ryder."

One fan wrote: "Just started with the new @ChallengeMTV Total Madness. When @CoryWharton says nothing about Ryder. Only Taylor and new baby….I love Cory but bro that killed me a little." 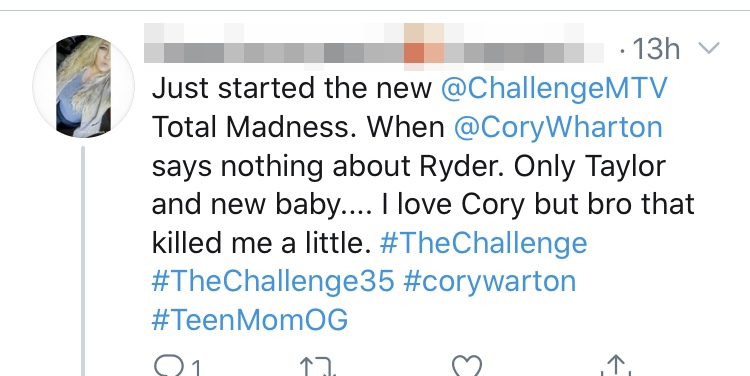 The fan added: "Literally challenge starts and I'm like yes Cory get that money. Then that interview scene and I was like no no no."

One fan asked: "What about your FIRST baby @CoryWharton?"

Shortly after the episode aired, Cheyenne tweeted "SMH," which fans thought was about Cory. 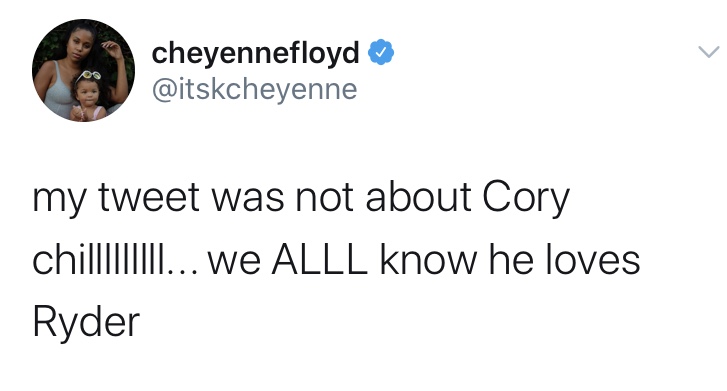 She replied: "My tweet was not about Cory, chill. We All know he loves Ryder."

The two have been learning to coparent over the years, which has been documented for the MTV reality series Teen Mom OG.

My stepson is still having sex with his underage girlfriend even though he knows it’s illegal – The Sun
Can you tell which one of these mice is smiling?
Popular News
Netflix debuts Meghan Markle and Prince Harry docuseries trailer
01/12/2022
Man Utd wonderkid Ramon Calliste, called ‘the next Giggs’, now owns luxury watch business and makes £5m a year – The Sun
26/03/2020
Megan Thee Stallion Addresses Criticism Over Twerking: ‘I Love to Shake My A**’
26/03/2020
Police guard shops to stop coronavirus panic-buyers and enforce social distancing – The Sun
26/03/2020
Coronavirus: Good Morning Britain’s Dr Hilary reveals ‘game-changing’ self-testing kit
26/03/2020
Recent Posts