The acclaimed HBO series about a family of warring media moguls returned for an even better second season last year, and fans are eagerly awaiting the drama’s return. Following a string of Emmy-nominations, the stars of Succession have revealed a violent on-set altercation from the first season.

Succession’s first season introduced TV fans to the Roys, a family of mega-rich media magnates vying for the top spot as the heir to their father Logan’s (played by Brian Cox) business empire.

Season two was recently nominated for an impressive ten Emmy awards, including nods for Kieran Culkin and Sarah Snook for their performances as Roman and Siobhan ‘Shiv’ Roy, respectively.

Throughout the first two seasons, Shiv works as a political fixer and frequently clashes with her father’s political views, whilst the sarcastic Roman shirks his responsibilities. 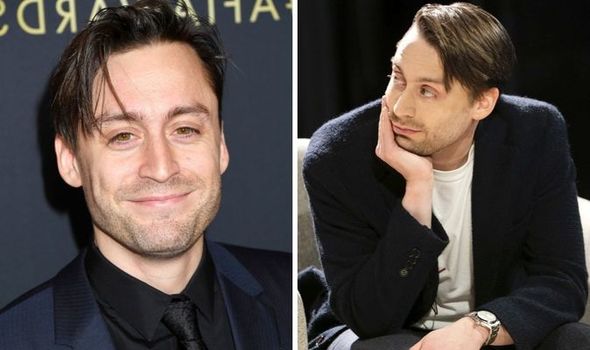 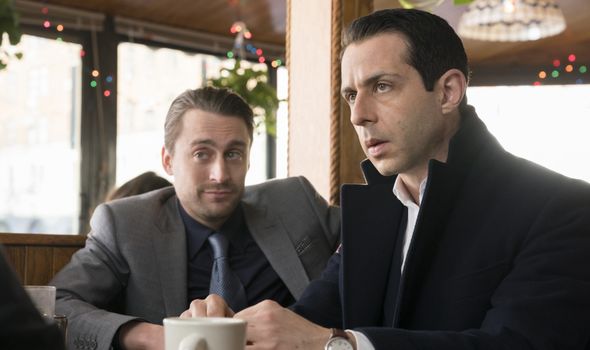 Their polarised personalities often cause fights amongst the Roys, and the family is preparing to go to war with each other after details of the company’s cruise scandal were leaked to the public.

The cast of Succession recently sat down with Deadline to touch on the first two seasons and tease what’s to come in the confirmed season three.

Although production was stalled by the outbreak of coronavirus, it is hoped the cast can return to set by the end of the year.

Meanwhile, Culkin and Snook revealed a rare improvised moment from the first season that almost turned into an all-out brawl. 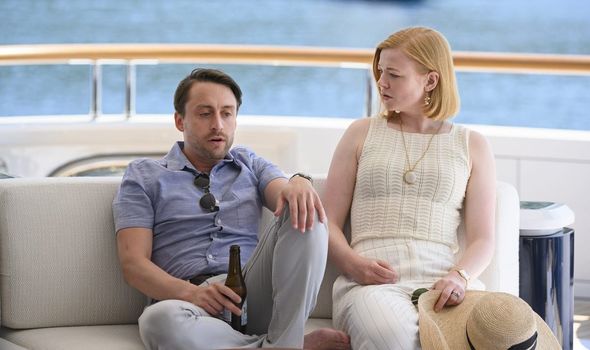 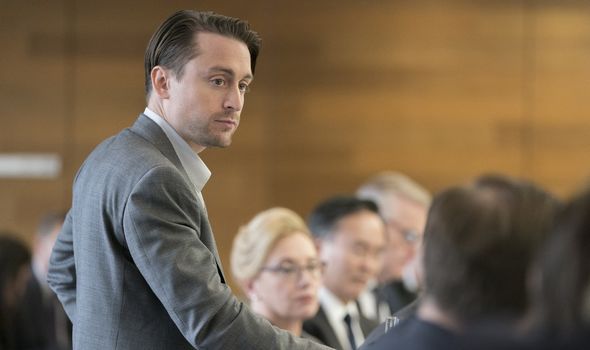 Culkin explained: “You asked how much is improvised, and I don’t really know anymore. I feel like, mostly nothing.

“But [Sarah] Snook said in an interview, we don’t really change anything in terms of story, we do everything that’s on the page but if there’s an insult there’s some freedom there.”

While the stars usually stick to Jesse Armstrong and co.’s superb scripts, Roman Roy is known for his motor-mouth and sharp tongue, especially when it comes to insulting Cousin Greg (Nicholas Braun).

Although this occasionally gives Kieran Culkin the chance to improvise, it can also lead to some risky on-camera moments, as the star explained.

He continued: “I think I just slapped you in the first season, Snook. That wasn’t on the page, but it was part of the scene still.

“The freedom to play that, like he can just slap his sister in the face and it not be such a thing.”

Sarah Snook then fired back: “Well, cause you know there’s gonna be someone coming for you afterwards.”

Despite the moment not making it to the final cut, Roman Roy received some long-awaited comeuppance when his father Logan struck him in the face during a tense scene in season two.

Luckily, Culkin confirmed the co-stars remained professional during filming and the pair didn’t come to blows.

He replied: “I was pretty sure you were just gonna whup my a**. I was going to just slap you, but I thought I don’t know you that well, I should probably ask first.”

As tensions mount within the dysfunctional Roy family, fans are eager to watch the chaos unfold in season three after last year’s dramatic season finale.

Succession is available to stream on Now TV.

Related posts:
Ming-Na Wen Lets Slips Which ‘Mulan’ Role She Had to Give Up Due to ‘Agents of S.H.I.E.L.D.’
Molotov cocktails recovered outside Seattle police union building
Popular News
PSG in talks to sign Dele Alli on loan transfer with option to buy with 'Tottenham chief Levy considering accepting'
28/09/2020
Man Utd wonderkid Ramon Calliste, called ‘the next Giggs’, now owns luxury watch business and makes £5m a year – The Sun
26/03/2020
Megan Thee Stallion Addresses Criticism Over Twerking: ‘I Love to Shake My A**’
26/03/2020
Police guard shops to stop coronavirus panic-buyers and enforce social distancing – The Sun
26/03/2020
Coronavirus: Good Morning Britain’s Dr Hilary reveals ‘game-changing’ self-testing kit
26/03/2020
Recent Posts
This website uses cookies to improve your user experience and to provide you with advertisements that are relevant to your interests. By continuing to browse the site you are agreeing to our use of cookies.Ok