STRICTLY Come Dancing fans fear that AJ Odudu and Kai Widdrington will take on the dance of love, the rumba, in next week's quarter final.

The pair wowed audiences with their passionate couple's choice routine to Janelle Monae's Make Me Feel over the weekend. 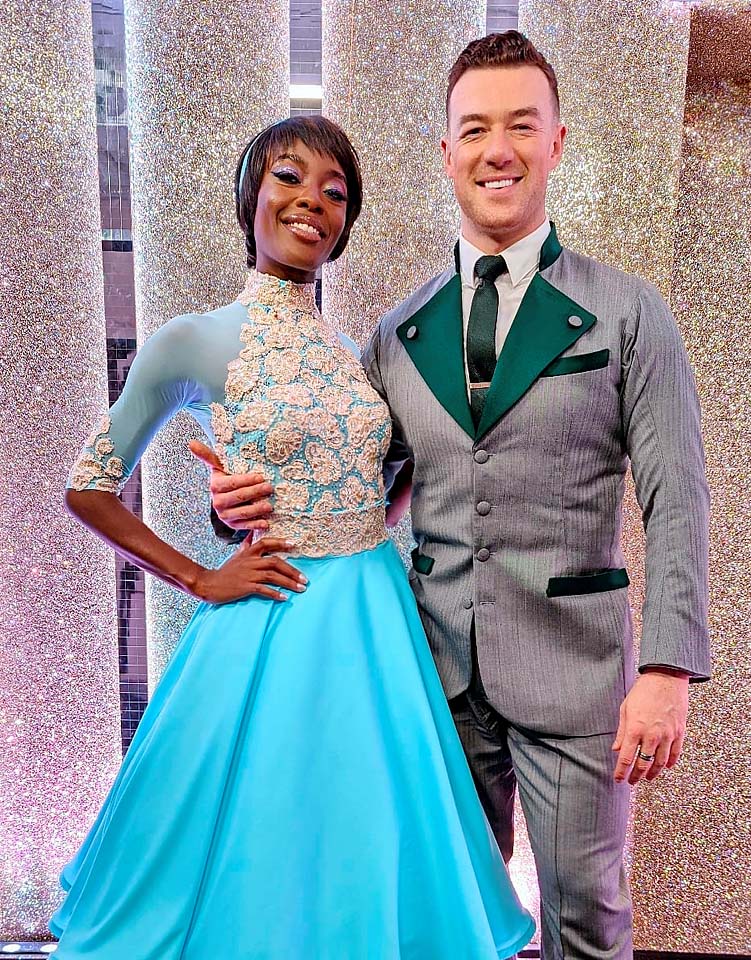 And while this Saturday's dances have yet to be revealed, many fans shared their worry that the ballroom duo will take on the difficult rumba.

One viewer wrote on Twitter: "I suspect the dance next may be a Salsa or a rumba, it’s going to be a tough week for @AJOdudu and @Kaiwidd #Strictly #worried #stressed."

"I feel like aj and Kai will be doing the rumba and I’m NOT ready — idk if it’ll be rumba, cha cha or salsa but either way im scared," another penned.

"Feeling an aj and kai rumba for next week mark my words," a fan posted.

Despite some fans' worry, another excitedly wrote: "Let’s be real; The moment AJ and Kai do a rumba it is OVER for the rest of the couples".

Viewers' worry come after fans were left hot under the collar as they called AJ and Kai's routine on Saturday the sexiest dance in the show's HISTORY.

Tension simmered between them as they flirted their way through the routine – which at one point saw AJ wrap her legs around Kai as he spun her around.

The beauty looked sensational in an emerald green mini-dress, which shimmied with tassels as she slinked across the dance floor.

Taking to social media, one fan gushed about the routine: "AJ & Kai were incredible! So f**king sexy it hurts. Should’ve been all 10s!!"

Another exclaimed: "Oh my god that was the sexiest thing EVER AJ and Kai".

A third questioned if it was too sexy for the family show, writing: "That was a bit much for a family show. AJ is brilliant though."

The judges were also left suitably impressed, but they were accused of undermarking the couple when it was time to give their scores.

Many thought that this was the routine that should have finally got AJ her perfect 40 score, and were stunned when they weren't awarded four 10s.

It comes just days after the pair seemingly "confirmed their romance" when 33-year-old AJ liked a cheeky tweet about them "getting it on".

It read: "Flipping love @AJOdudu what a top girl! Such a great attitude & lovely personality. I hope she is getting it on with Kai cos she deserves it!"

The two were also caught "almost kissing" during Musicals Week, and AJ introduced Kai to her family just days ago. 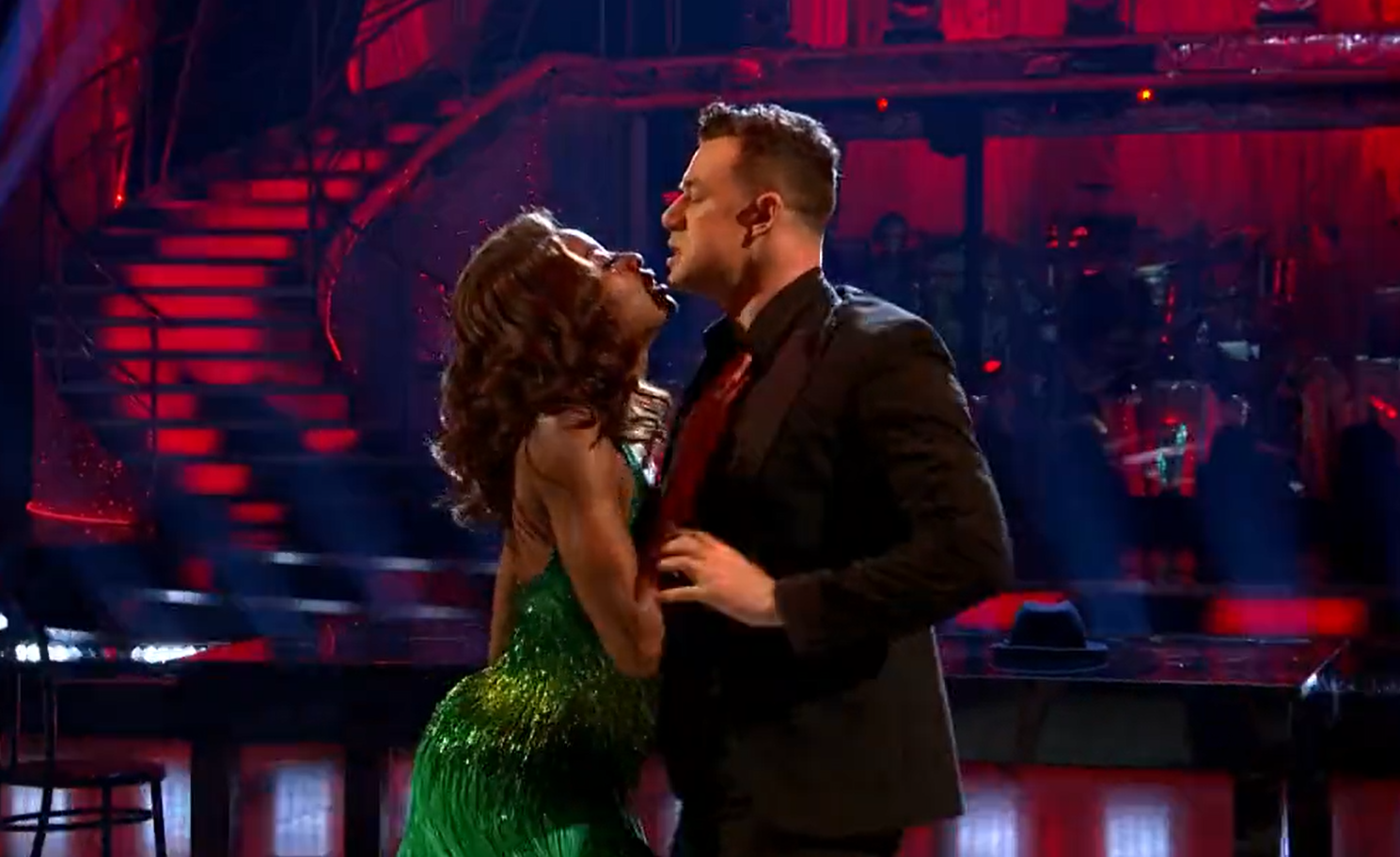 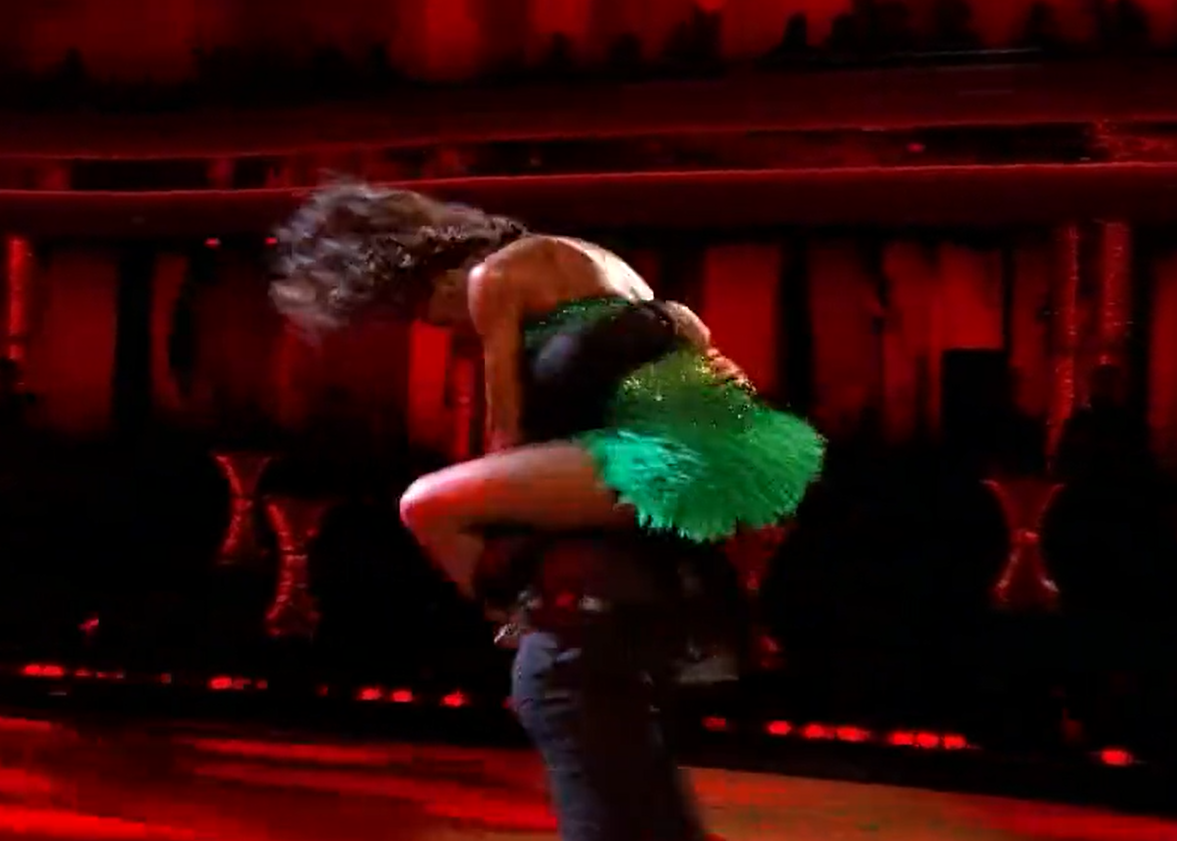