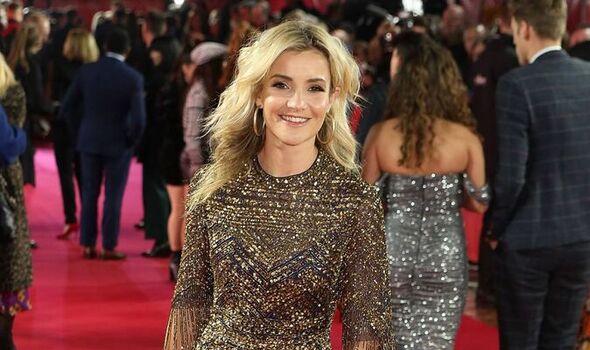 Countryfile star Helen said at the weekend how she only agreed to do the show “a few days ago”. A fortnight earlier her rugby league star ex, Richie Myler, posted a picture on Instagram of him and new love Stephanie Thirkill enjoying a break.

Shortly after, it was revealed that Richie was in a relationship with Stephanie, 32, whose father is president of the Leeds Rhinos rugby team for which he plays.

In the Instagram photos, Richie can be seen hugging Stephanie in Cornwall. In response to the July 25 post, Stephanie replied: “Thanks for the best weekend! LOVE YOU.”

Helen previously announced the end of the marriage in a short statement, saying: “Very sad to say Richie and I are no longer a couple. He has left the family home.We will be doing our best to co-parent our children.”

A source said that Strictly would give her a much-needed boost.

They said: “The breakdown of any marriage is tough to cope with and Helen has understandably found it difficult. Being on Strictly will undoubtedly restore her confidence and give her a massive boost.”

Helen has been installed as the second favourite to win, at 6/1, behind Fleur East at 7/2.

The TV star said: “I just wanted to wear nice dresses. I work on farms and stand in wellies.”