In addition to the casting announcement, Stranger Things introduced the new characters and provided some background on how they’ll play into the show. McNulty will play the role of Vickie, a cool, fast-talking band nerd who catches the eye of one of our beloved heroes. Truitt will take on the role of a Hawkins High basketball star who has friends, talent and a good life — until shocking events send his life spiraling out of control. Chen will play a popular guidance counselor who cares deeply for her students, especially those struggling the most. And Van Dien, will play the quintessential most popular girl in school, and Hawkins High’s lead cheerleader, but beneath the seemingly perfect surface lies a dark secret.

Amybeth McNulty aka Vickie: a cool, fast talking band nerd who catches the eye of one of our beloved heroes. pic.twitter.com/2pVBMpsYxX

Regina Ting Chen aka Ms. Kelly: a popular guidance counselor who cares deeply for her students — especially those struggling the most. pic.twitter.com/UmZnDNW403

Grace Van Dien aka Chrissy: Hawkins’ High lead cheerleader and the most popular girl in school. But beneath the seemingly perfect surface lies a dark secret. pic.twitter.com/cMjPrQdmqw

In the clip, we see children in hospital gowns with shaved heads being tested with a series of games, including chess and a Connect Four-style board. A white-haired man resembling the evil Dr. Martin Brenner (Matthew Modine) is seen walking down the hall from behind and saying, “Good morning, children,” to which the children reply, “Good morning, Papa.”

After the kids in the clip say they’re doing “good,” the man replies, “I’m glad to hear it because today I have something very special planned for you.”

The music intensifies as the camera pans to a door marked “11,” and the man says, “Eleven, are you listening?” before the clip cuts to Eleven’s eyes bursting open.

Eleven, are you listening? pic.twitter.com/rnPHzYt65d

“When it comes to the tone of the season, it’s definitely matured for sure, and I think they do that on purpose because I think they want their show to mature with their kids,” he shared at the time. “As we are growing older as people, we have to grow older as characters.”

Matarazzo said he didn’t know when the show would end but that the creators, Matt and Ross Duffer, had a plan for bringing it to a satisfying conclusion.

No release date has been set for Stranger Things season 4. 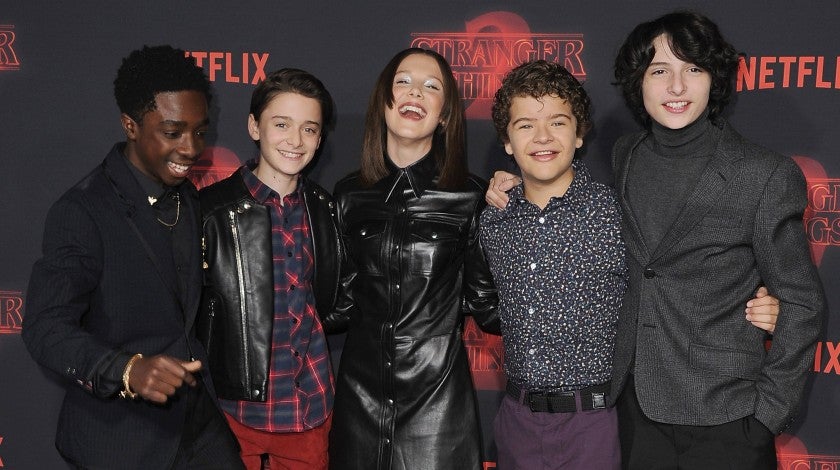 When We First Met the 'Stranger Things' Kids