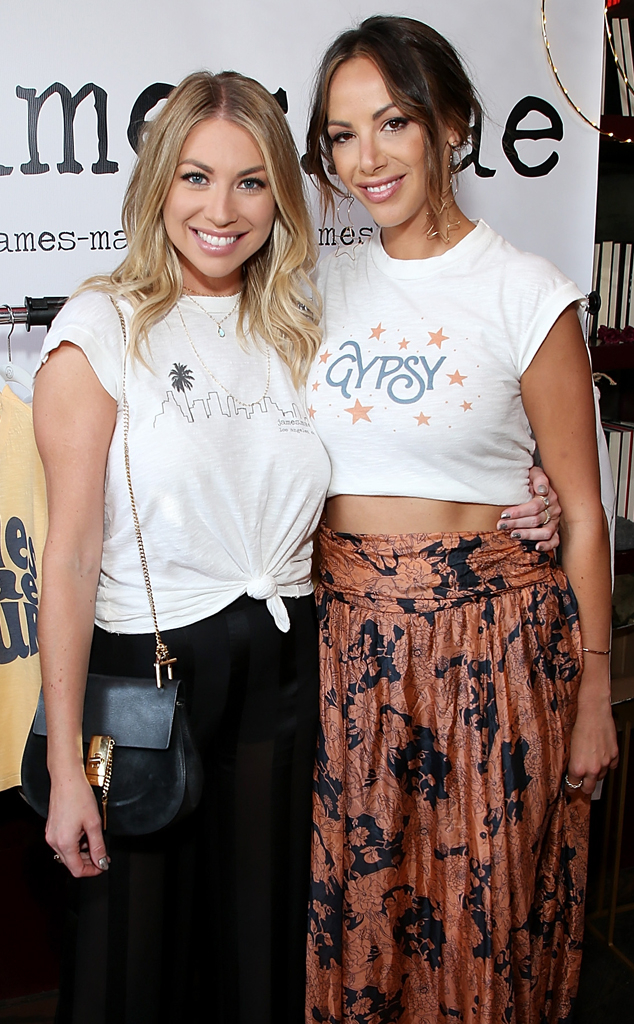 Stassi Schroeder wants to be straight up: She is not a fan of Twitter feuds.

Earlier this week, viewers watched the Next Level Basic author and Katie Maloney get into a heated conversation with Kristen Doute on Vanderpump Rules.

Their strained friendship then spread to social media after Kristen slammed Stassi in a new video.

“I thought I didn’t care and I had been texting with Kristen about Coronavirus stuff, normal check-in with each other, nice s–t and then f–king Katie sends me this video,” Stassi revealed on the latest episode of her Straight Up With Stassi podcast. “I watched it and it’s the Vanderpump Rules after-show with Kristen and Brittany Cartwright and Kristen went in on my career and basically said I’m going to come crashing down. Nobody is going to want to listen to my podcast when I’m 40 years old.”

Stassi added, “It was jarring. I was shaking. I made Beau Clark pour me an Aperol spritz.”

A private text conversation followed soon after that later turned into a public Twitter war.

“I’m not above apologizing or explaining my feelings. I don’t want my opinions to be misconstrued,” Kristen shared on Twitter. Stassi responded, “I’ve never once said a word about the things @KristenDoute work on. Cool, that you’re ‘not apologizing’ for making fun of my podcast/how I’m probably going to come crashing down/that no one will want to listen to it when I’m 40.”

Looking back on the exchange, Stassi admits she left not feeling the best.

“I spiraled on Twitter. I’ve never been in a Twitter feud before. I don’t like it. I don’t know how Jax Taylor can do this all the time. Twitter feuds are stressful as f–k,” she confessed to her co-host Taylor Strecker. “I don’t want to talk about my feud ever again. I’m embarrassed for myself. I will always love her and she probably had good intentions. I shouldn’t have engaged in Twitter and I’m embarrassed so there’s that.”

And while viewers haven’t seen the end of the drama this season, Stassi hopes fans will understand why she is hesitate to have Kristen attend her upcoming special day with Beau.

“Don’t expect a wedding invitation and wonder why we’re not friends when you’re sitting on an after-show talking about me that way,” she shared. “That doesn’t make me want to reach out.”

Vanderpump Rules airs Tuesday nights at 9 p.m. only on Bravo. Catch up on all the episodes now.

(E! and Bravo are part of the NBCUniversal family)