'Stargirl' Will Enter the Arrowverse With Golden-Age Flash 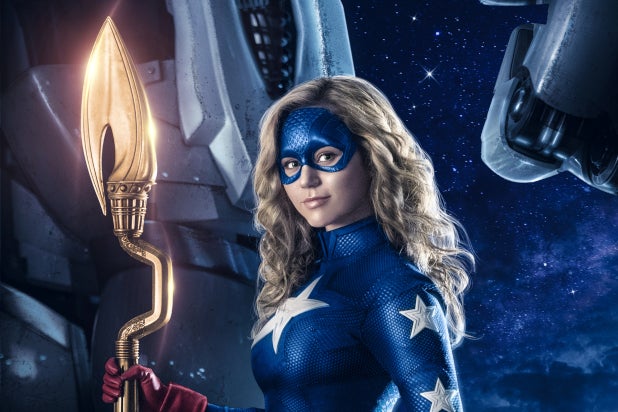 Stargirl is officially being inducted into the Arrowverse — with the help of a familiar face.

According to Entertainment Weekly, John Wesley Shipp will return as Jay Garrick in a guest starring role on the second season of The CW’s “Stargirl.” He’s set to be part of a flashback episode that will not only establish him as part of Earth-2’s Justice Society of America, but will officially bring Brec Bassinger’s Stargirl into the post-Crisis Arrowverse.

In a pre-COVID world, each new Arrowverse show and hero was connected to the world at large via a yearly crossover event. The very first crossover came during the 2014-15 season, when Grant Gustin’s Flash and Stephen Amell’s Green Arrow met in Central City. It then became an annual event with “Legends of Tomorrow,” “Supergirl” and “Batwoman” being initiated in subsequent years.

In its freshman season, there was never any indication of “Stargirl” being tied to the bigger universe created by The CW. But that was fixed after the events of “Crisis on Infinite Earths.” The 2019 crossover put most of the Arrowverse heroes on Earth Prime, but Stargirl and her comrades ended up on Earth-2.

Shipp’s appearance in Season 2 will further solidify the connection, after the actor previously appeared in the Arrowverse as Henry Allen, father of Barry Allen. Shipp has played several different versions of the Flash since then, appearing on both “Supergirl” and “Arrow,” and originally portrayed the Scarlet Speedster on the 1990 TV series “The Flash.”

Shipp’s mini-crossover with Stargirl may be the only superhero team-up we see this season, after The CW canceled the planned crossover between “Batwoman” and its upcoming series “Superman & Lois” because of COVID-19 restrictions. And with both “Black Lightning” and “Supergirl” ending this year, future crossover possibilities have gotten incredibly slim.

That said, Stargirl may still get to meet some of the most popular Arrowverse heroes at some point. Series creator Geoff Johns told TV Guide in May, “We’re all up for any of [the crossovers] whenever it makes sense. If there’s a cool opportunity to do it, that’d be great.”