Home » TV and Movies » ‘Star Wars’: The 1 Undeniable Way the Prequels Are the Best Trilogy

‘Star Wars’: The 1 Undeniable Way the Prequels Are the Best Trilogy

George Lucas famously said his Star Wars movies act almost as cinematic poetry. Specific moments, images, and themes recur between Anakin Skywalker’s fall and his son Luke’s rise. Even the sequel trilogy built on this tradition. Now that the Skywalker saga is complete, however, it’s time for fans to admit the prequels are the best Star Wars trilogy in one key way. 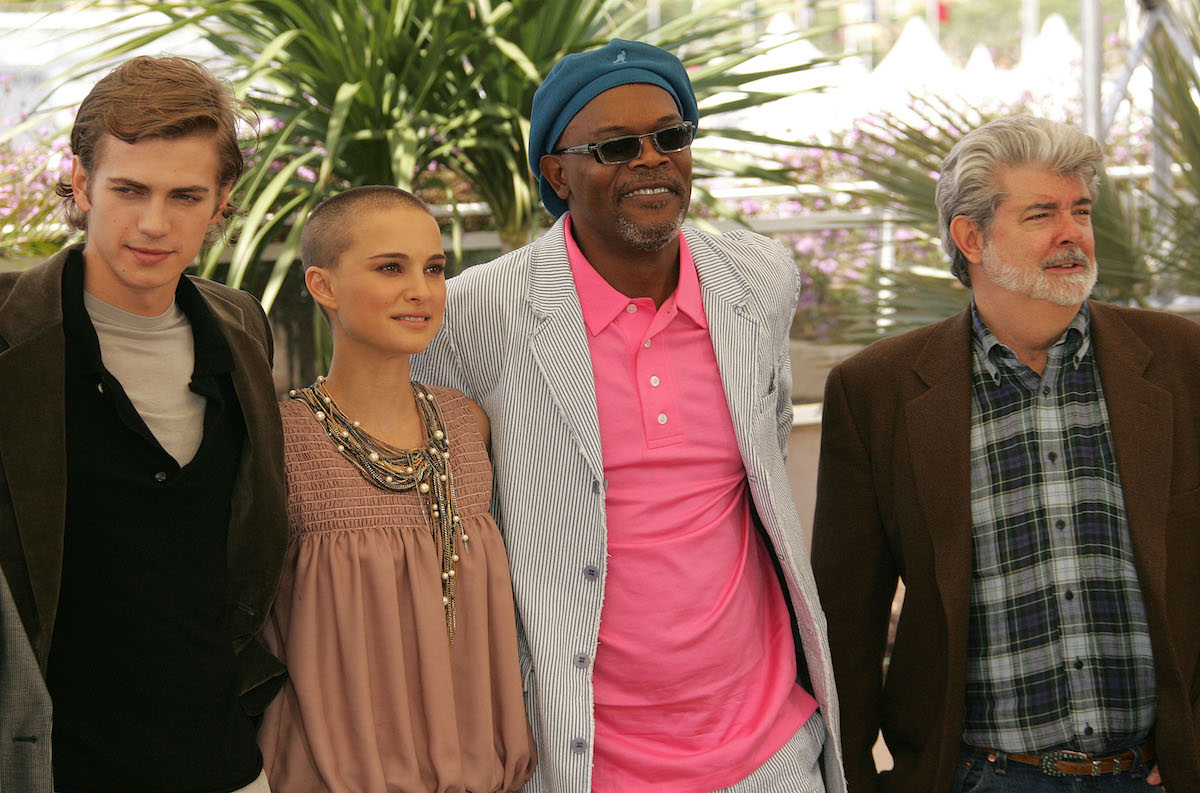 The ‘Star Wars’ sequel trilogy has been incredibly divisive

Given the nostalgia inexorably tied to them, the original trilogy is often put on a pedestal. Many fans consider Lucas’ 1977 film and its 1980s sequels beyond criticism: essentially perfect films. While this isn’t the case, the fact that the original Star Wars trilogy created the foundation for the franchise means everything film since then has been divisive to some degree.

Despite the box office success and relatively positive response at the time, some fans consider Star Wars: Episode I — The Phantom Menace an embarrassment. Likewise, a certain subset of the fan base blame the sequel trilogy for ruining the saga. Most recently, The Rise of Skywalker attempted to satisfy critics of its predecessors. In large part though, it failed to do so.

The complete Skywalker Saga, all in one place. Stream all 9 movies this May the 4th, only on #DisneyPlus.

Director J.J. Abrams relaunched the series with The Force Awakens. Rian Johnson expanded and subverted it with The Last Jedi. Then Abrams replaced Colin Trevorrow and returned to finish the trilogy. Along the way, The Rise of Skywalker made some unexpected choices. Reviving Palpatine (Ian McDiarmid) was one. His connection to Rey (Daisy Ridley) was another.

In fact, the about-face from “Rey is no one” in The Last Jedi to “Rey is a Palpatine” was jarring. Some fans have accused Lucasfilm of having no one plan in place for the sequel trilogy. And on a recent guest appearance on Jimmy Kimmel Live! (with guest host Josh Gad), Ridley revealed just how scattershot Rey’s backstory really was.

“At the beginning, there was toying with like an Obi-Wan connection,” Ridley said. “Then it really went to that she was no one. And then it came to Episode IX, and JJ pitched me the film and was like, ‘Oh yeah, Palpatine is granddaddy.’ And I was like, ‘Awesome.’ And then two weeks later he was like, ‘Or we’re not sure.’ So it kept changing.”

Many fans have taken Ridley’s comments as confirmation that the lack of a plan was ultimately what sunk the sequel trilogy. But the original trilogy — the very same films most Star Wars fans revere — didn’t have one either. The revelations that Darth Vader was once Anakin Skywalker and that Leia (Carrie Fisher) was Luke’s (Mark Hamill) sister didn’t arise until the sequels.

In this way, even fans who despise the prequel trilogy have to hand it to Lucas. The Phantom Menace, Attack of the Clones, and Revenge of the Sith are all heading firmly in the right direction. Sure, they fall short in many respects. But there’s never any doubt the films are all a part of one singular vision. For better or worse, Lucas knows what story he is telling.

Part of this is because the movies are prequels, of course. Lucas already knows exactly where everything will go in the end. The sequel trilogy certainly would have benefited from a master plan. Yet, even the original Star Wars trilogy would have perhaps been stronger if it had one eye on the big picture. Here’s hoping Lucasfilm will take this approach next time.

Related posts:
Inside Beyonce and Jay-Z’s lavish £1.5 million-a-week yacht with cinema room and spa
Tanya Tucker Covers Bruce Springsteen, Johnny Cash on New Live Album
Popular News
Kanye West spotted dancing and partying in Haiti WITHOUT Kim Kardashian as she ‘prepares to divorce him’
26/09/2020
Man Utd wonderkid Ramon Calliste, called ‘the next Giggs’, now owns luxury watch business and makes £5m a year – The Sun
26/03/2020
Megan Thee Stallion Addresses Criticism Over Twerking: ‘I Love to Shake My A**’
26/03/2020
Police guard shops to stop coronavirus panic-buyers and enforce social distancing – The Sun
26/03/2020
Coronavirus: Good Morning Britain’s Dr Hilary reveals ‘game-changing’ self-testing kit
26/03/2020
Recent Posts
This website uses cookies to improve your user experience and to provide you with advertisements that are relevant to your interests. By continuing to browse the site you are agreeing to our use of cookies.Ok