Whether they love it or hate it, fans tend to have very intense feelings about Star Wars: The Last Jedi. Rian Johnson’s 2017 sequel to The Force Awakens made some drastic changes to the franchise. In that way, the movie was always going to be divisive. However, eagle-eyed Star Wars fans just spotted an Easter egg that shouts out none other than Han Solo (Harrison Ford). 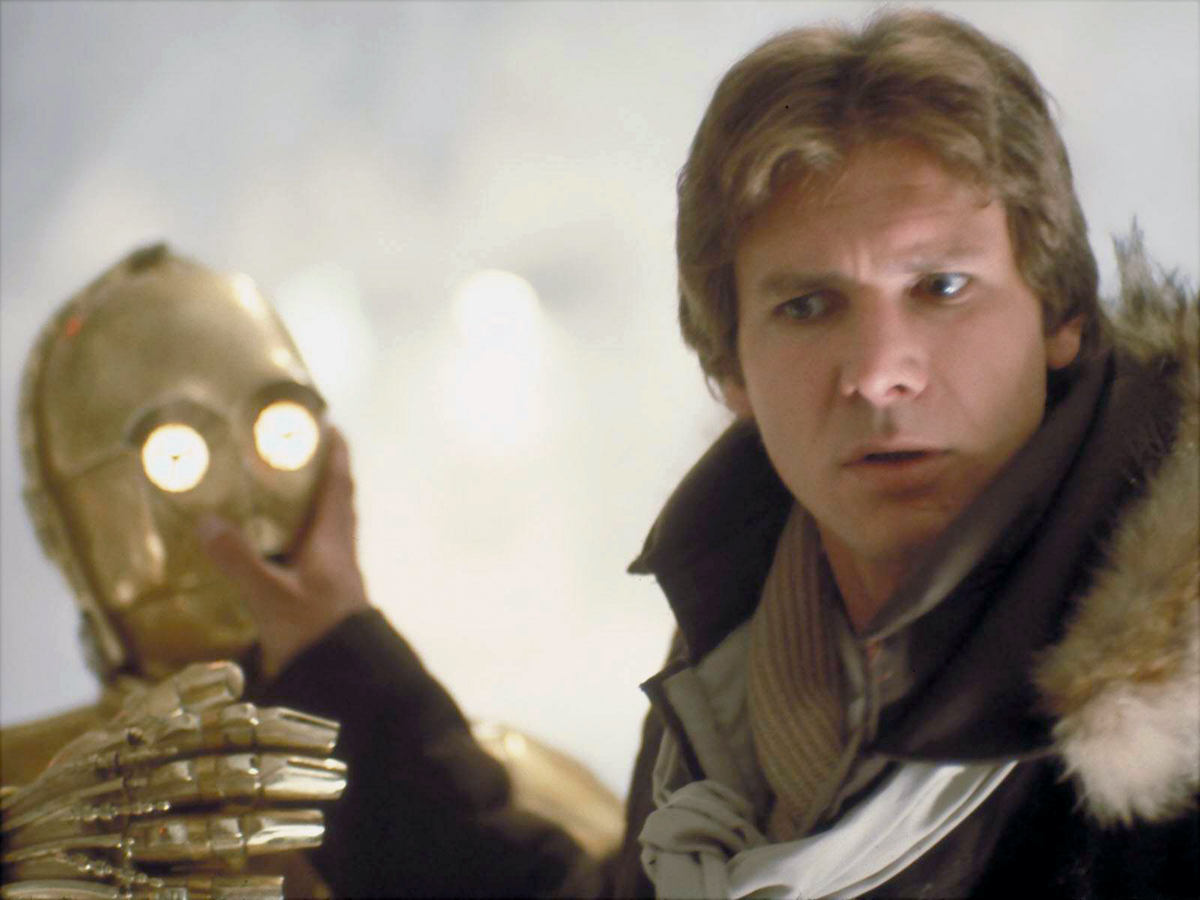 Of the original Star Wars trilogy’s main trio, Ford has always been the most aloof about it all. So it makes sense that he would be eager for Han Solo to get killed off. During production on Return of the Jedi, Ford famously told creator George Lucas that Han could best serve the story by sacrificing his own life. Such a twist would lend gravitas to the trilogy’s final entry.

Of course, Lucas disagreed. Instead, Han and Leia seemingly got their happily ever after. Or so it seemed. Star Wars: The Force Awakens revealed the couple grew apart after their son Ben (Adam Driver) turned to the dark side. In a last-ditch effort to redeem his son, Han is killed by his own son, finally giving Ford the impactful death scene he’d waited decades for.

Han’s death comes into play in The Last Jedi. Luke Skywalker (Mark Hamill) in particular references his best friend. But Ford himself doesn’t appear in the movie. However, his memory lives on in the spirit of the Resistance, it seems. One fan discovered that one of the bombs in the movie’s opening sequence has a message inscribed on it, translating to “Han says hi.”

Johnson essentially confirmed the Easter egg with his Twitter reply. Without saying a word, the filmmaker sent a Han Solo GIF in response. And so it seems some Resistance fighters decided to personalize the bombs. In the same shot as the Han reference, viewers can also spot a smiley face on another of the bombs. This detail certainly makes this moment even richer for fans.

Star Wars: The Last Jedi turned out to be the only film in the sequel trilogy in which Han doesn’t appear. Following the death of Carrie Fisher in 2016, the actor returned to play Han in The Rise of Skywalker. Though only a memory, the “scruffy-looking” smuggler posthumously achieves his initial goal in The Force Awakens. It is this interaction that redeems his son at last.

Unfortunately, Ford, Fisher, and Hamill never got the chance to share the screen in the new movies. In fact, Hamill never got to work with Ford again at all. And he only shared a single scene with his on-screen sister. While this was a missed opportunity, at least Johnson did what he could to ensure — even subtly — that Han’s presence in the movie was very much felt.