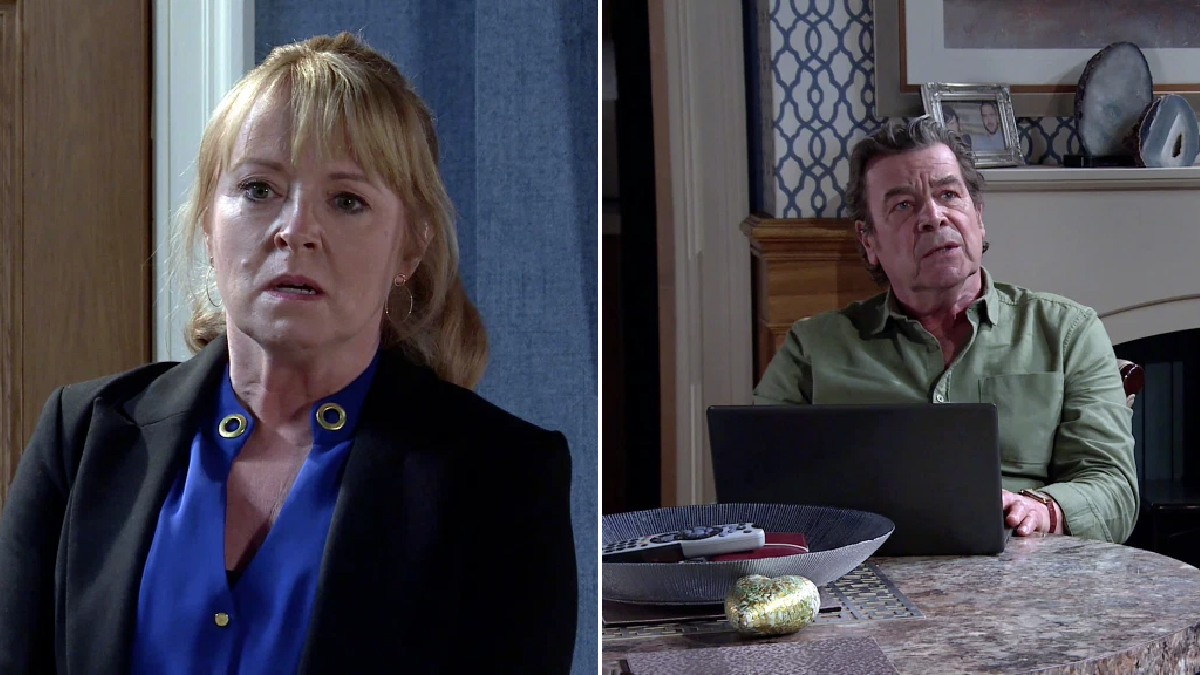 Johnny Connor (Richard Hawley) made his return from prison in Coronation Street – much to Jenny’s (Sally Ann Matthews) surprise.

Johnny has been in prison following admitting to a crime he committed thirty years ago.

While Johnny has been behind bars, Jenny has moved on with her life and recently acted on the chemistry between herself and Ronnie (Vinta Morgan).

Now Johnny is back, he makes a life changing decision – and Jenny isn’t impressed.

Johnny faces the future and tells Jenny he’s putting the pub up for sale and she isn’t happy about the decision.

At a staff meeting, the news is broken to Sean (Antony Cotton) and Emma (Alexandra Mardell) that Johnny is selling the pub.

It was recently revealed that the Rovers Return will go on the market this summer.

ITV has announced a new Product Placement partnership with Purplebricks that will see the estate agent’s signage appear on the soap pub.

This is the first time ITV has launched a short-term product placement linked to a storyline, but who will take over from Johnny and Jenny?

Who will become the new owners of this iconic pub?