Home » TV and Movies » Spoilers: Horror for Kat as she's mugged in EastEnders

Spoilers: Horror for Kat as she's mugged in EastEnders 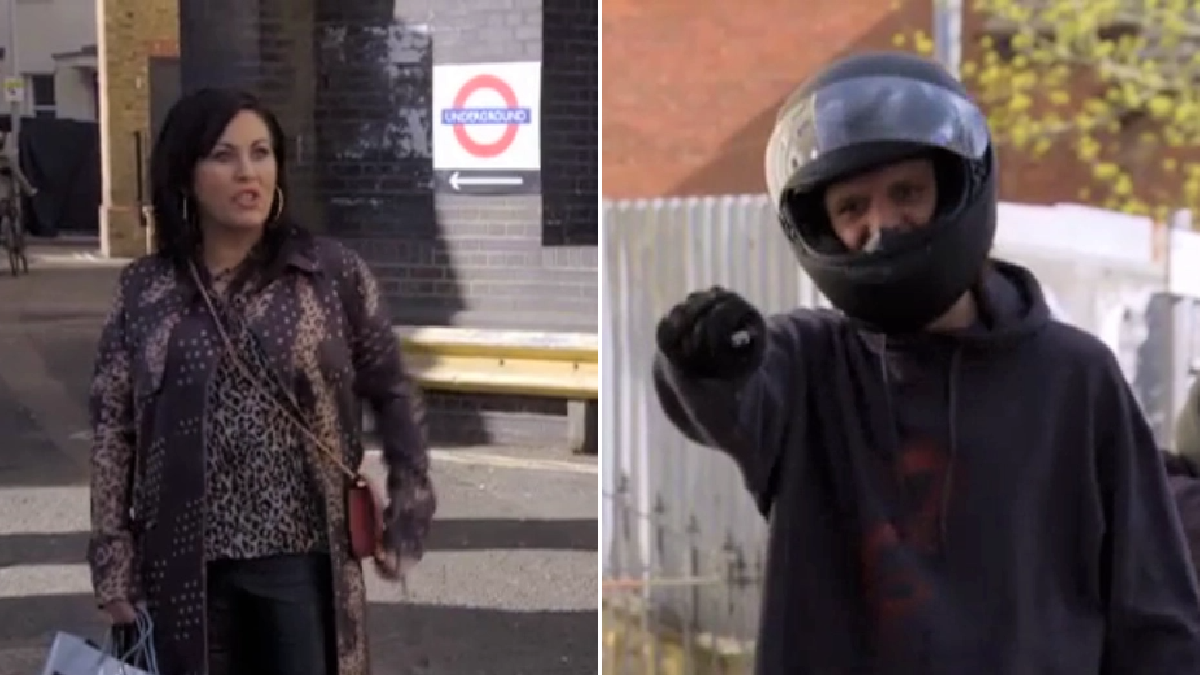 Kat Slater (Jessie Wallace) was faced with a horrific ordeal in tonight’s (June 4) episode of EastEnders as she was mugged while on the way home.

As ‘Bring Your Dad’ day at school kicked off, Phil (Steve McFadden) and Kat bumped into Jack (Scott Maslen) with Raymond.

Kat left Phil to it and things were somewhat awkward as he struggled to tell the schoolchildren what he did for a job.

Meanwhile, on the way home, disaster struck when a couple of youths mugged Kat.

Shaken up, Kat bumped into Callum (Tony Clay) and Suki (Balvinder Sopal). As Callum asked if Kat was alright, Suki made a nasty comment about Phil which led to Kat defending him.

Wanting to spend more time with Raymond, Phil visited to Denise (Diane Parish) and offered to pay for extra education for their son.

Denise put Phil in his place, telling him she didn’t want any of his dirty money, and he stormed off.

As an angry Phil returned, he failed to recognise that Kat was trying to speak to him about the mugging.

Kat stormed off, but could this mark the end of her relationship with Phil after seeing his true colours?