SOULJA Boy's OnlyFans nudes were reportedly leaked ahead of the release of the rapper's new docuseries "The Life of Draco."

The 31-year-old shared a link to his OnlyFans account through his Twitter page on Thursday morning but the leaked nudes appear to have been shared within minutes. 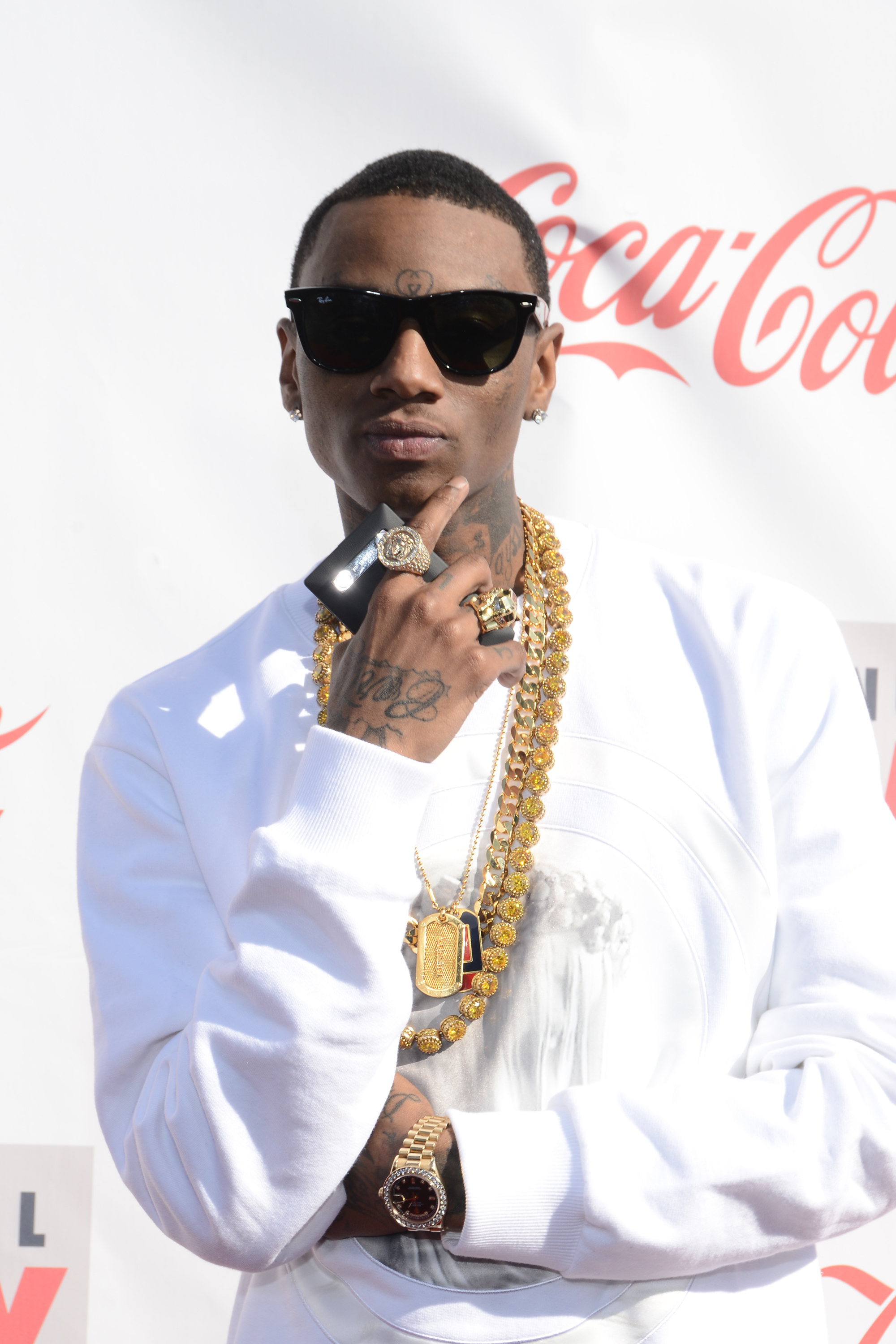 The rapper appeared to keep it in his stride as she tweeted shortly afterward, "Biggest lesson: Don't ever think it can't happen to you.

"Don't waste words on people who deserve your silence,' he added.

He also retweeted several users who had seen the nudes before joking "Good morning bae, wyd."

"Good morning to @souljaboy and @souljaboy only," one of the retweets read.

"Came to see why @souljaboy was trending!! And GOT DAMN. I been a Soulja Gurl!!" said added.

Many fans have been making jokes about the explicit content using Soulja Boy's hit Kiss Me Through The Phone.

The Crank That star has sold his pictures on OnlyFans for $25 a month since February 2021.

"Tip me to for a private message convo with the boxers off," he wrote in one post

He last posted on Wednesday with no new pictures since his other posts were allegedly leaked.

It is not clear how the other pictures were reportedly leaked to other social media sites and if a subscriber to his account was responsible.

The rapper took advantage of the eyes on his account during the '"leak" to promote some of his songs and a docuseries titled The Life of Draco, which will air January 21, 2022.

The Rick & Morty rapper has said before the release of the show that he plans to set aside all his rap beef to focus on his acting career.

During an Instagram Live last year, the music star revealed details of the upcoming show with Revolt TV and said that he is an actor now.

He claimed to have “no smoke, no problems, no nothin’” and was only going into 2022 with "positive energy."

“Being Draco, new TV show January 21, 2022, we going into the year with all positive energy, you know what I’m saying?" Soulja Boy said.

"I ain’t got no beef with nobody. I ain’t got no smoke, no problems, no nothin’. All I’m doing is TV shows and movies, I’m an actor now.”

It comes after Big Draco's feud with Kanye West last summer when he was left off the final release of Donda.

Ye said in November that he ditched the verse because it was "trash."

Soulja Boy also reportedly had beef with Young Dolph who was gunned down outside a cookie store last year.

Two people were arrested this week for his killing.

He first hit stardom in 2007 with Crank That which peaked at number one on the US Billboard Hot 100 and spent seven weeks there.

The song Crank That (Soulja Boy) was followed up with a popular dance called The Superman.

According to Cheat Sheet, the rapper claims he was the "first rapper" to be on YouTube.

YouTube launched in February of 2005 and the song Crank That (Soulja Boy) was published on YouTube in 2009.

His musical career quickly died off but he maintained a larges fanbase with millions of social media followers.