Home » TV and Movies » 'Sister Wives': Only One of Kody Brown's Four Wives Has Never Been Legally Married

'Sister Wives': Only One of Kody Brown's Four Wives Has Never Been Legally Married

ChristineBrown once said that she had always envisioned herself as a third wifewithin a polygamist family. Christine’s maiden name, Allred, has deep ties tothe polygamist sects in Utah, and she has claimed that her desire to act as athird wife came from her upbringing. Christine probably never imagined she’d bethe only one of four wives who never experienced a legal marriage, though. Ofthe four women KodyBrown married, Christine is the only one who hasn’t been legally married atsome point.

Meri Brown was Kody’s first and legal wife for the majority of their marriage. The pair met in 1989 and dated briefly before becoming engaged. They married on April 21, 1990, according to the family’s book, Becoming Sister Wives. The first two years of their relationship were monogamous, but they always planned to add additional wives to the family.

Meri and Kody divorced in 2014 for legal reasons, but they remain spiritually bound to one another, at least by the family’s belief system. They do not, however, appear to enjoy a close relationship and rarely spend time with each other.

Janelle Brown had a legal marriage to Adam Barber

Janelle Brown may have never been Kody’s legal wife, but that doesn’t mean she wasn’t legally married. She was married before getting involved with Kody. In fact, her connection to the Brown family existed long before she became Kody’s second wife. 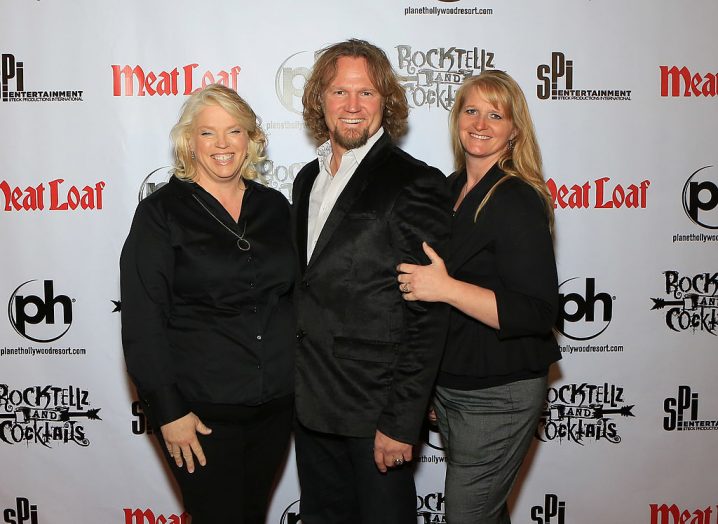 RELATED: ‘SisterWives’: A Breakdown of the Browns’ Tangled Family Tree

Before marrying Kody in a spiritual ceremony in 1993,Janelle was legally married to Adam Barber. Barber happens to be Meri’s brother.Janelle was married to Barber from 1988 until 1990. The marriage did not resultin any children, and their divorce was reportedly completed quickly. Janelle rarelyspeaks about her first marriage.

Robyn, before joining the Brown family, was married to DavidPreston Jessop. The pair married in 1999 after Robyn found out she was pregnantwith her first child, Dayton. The couple had two more children, Breanna andAurora, before divorcing in 2007.

RELATED: ‘SisterWives’: Did All of the Wives Grow Up In Polygamist Families?

In 2010, Robyn joined the Brown family, marrying Kody in a spiritual ceremony. Their legal marriage, however, didn’t begin until 2014 when Kody divorced Meri to marry Robyn. The couple claimed they decided to marry so Kody could adopt Robyn’s three children. Jessop relinquished his rights to Dayton, Breanna, and Aurora shortly before Kody adopted all three children. Robyn and Kody had two more children together.

Related posts:
Kate Middleton Took The Cutest Photos Of Prince William And The Cambridge Kids
Danny Dyer net worth: Highest paid EastEnder’s actor’s salary is a whopping sum
Popular News
UK weather – Houses collapse and owners beg for help in killer Storm Christoph floods as Boris warns worse is to come
22/01/2021
Man Utd wonderkid Ramon Calliste, called ‘the next Giggs’, now owns luxury watch business and makes £5m a year – The Sun
26/03/2020
Megan Thee Stallion Addresses Criticism Over Twerking: ‘I Love to Shake My A**’
26/03/2020
Police guard shops to stop coronavirus panic-buyers and enforce social distancing – The Sun
26/03/2020
Coronavirus: Good Morning Britain’s Dr Hilary reveals ‘game-changing’ self-testing kit
26/03/2020
Recent Posts
This website uses cookies to improve your user experience and to provide you with advertisements that are relevant to your interests. By continuing to browse the site you are agreeing to our use of cookies.Ok