Home » TV and Movies » Shameless: How many seasons of Shameless are there? Star on enduring appeal

Shameless: How many seasons of Shameless are there? Star on enduring appeal

The US edition of Shameless will be wrapping up this year after American broadcaster Showtime announced in 2020 the series was going to be ending. Based on the popular Channel 4 show of the same name, Shameless is one of a few British comedy exports to have made it big Stateside. But what’s the secret behind the success of the show?

The British version of Shameless aired from 2004 and 2013 for a total of 11 series, charting the highs and lows of the Mancunian Gallagher family led by patriarch Frank (played by David Threlfall).

During its time, Shameless was critically acclaimed, picking up a BAFTA TV and RTS Award, along with a slew of nominations.

Shameless also made stars out of its cast which included Anne-Marie Duff, James McAvoy, Threlfall and Jody Latham, among others.

There were many cast members on the drama over the years with actors joining and departing. 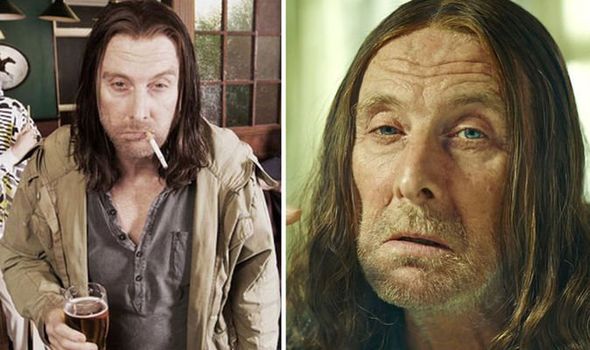 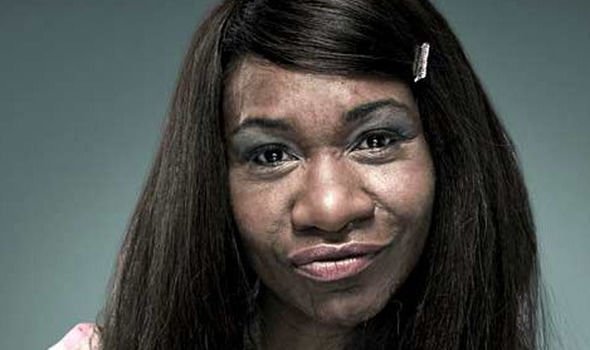 Among the stars to join later was actress Karen Bryson who played Avril Powell from season eight until the end.

In an exclusive interview with Express.co.uk, Bryson reflected on the success and appeal of Shameless, saying: “For the Brits, we have a very clear class system and I think [Frank is] the voice to an anti-hero. Let’s face it, Frank’s a bit of a loser – but we love him.

“That’s the way it’s cleverly written and also the characters are all misfits in society and yet have a voice.

“Our Frank in the UK version was very political in among all his drug-fuelled chats. 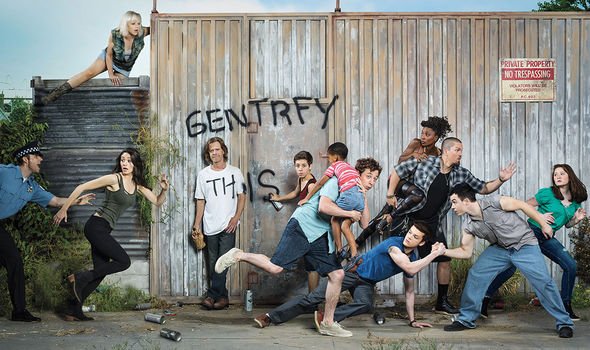 “Frank was a voice, not for every working-class folk, but there would be elements of clarity.”

She went on to say: “The fact that we’re looking at interesting characters, who are lovable, who make mistakes and have foibles, who group together as a community in the face of adversity.

“We’ve got a very clear class system. I suppose in America that divide is about money – and economics are the divide.

“These guys are scraping along. So again, it’s that socioeconomic background that we don’t generally get to see and fall in love with characters from those sorts of surroundings and I think that’s it’s enduring and it’s fun.”

Bryson added: “Within that, they do crazy things. Also, a great script.”

Since starring in Shameless, Bryson has gone on to star in a myriad of projects such as Cuffs, Netflix drama Safe, MotherFatherSon and Bulletproof.

Most recently, Bryson appeared in the psychological thriller Black Narcissus over the festive period and will be next appearing in season 10 of sun-drenched crime drama Death in Paradise.

Despite the high ratings, the creative team behind Shameless decided it was the right time to bring the story to a natural close.

Showtime’s executive Gary Levine said in a statement: “The characters of Shameless have brought Showtime viewers more laughs and tears and pure enjoyment than any program in our history.

“While we are sad to bid the Gallaghers farewell, we couldn’t be more confident in the ability of showrunner John Wells, his writing team and this great cast to bring our series to its appropriately Shameless conclusion.”

Related posts:
Stassi Schroeder & Beau Clark Welcome Their Baby Girl!
Miley Cyrus mourns the death of her dog Mary Jane
Popular News
Corrie spoilers predict Gail Platt funeral heartbreak as dad Ted gets killed off
26/01/2021
Man Utd wonderkid Ramon Calliste, called ‘the next Giggs’, now owns luxury watch business and makes £5m a year – The Sun
26/03/2020
Megan Thee Stallion Addresses Criticism Over Twerking: ‘I Love to Shake My A**’
26/03/2020
Police guard shops to stop coronavirus panic-buyers and enforce social distancing – The Sun
26/03/2020
Coronavirus: Good Morning Britain’s Dr Hilary reveals ‘game-changing’ self-testing kit
26/03/2020
Recent Posts
This website uses cookies to improve your user experience and to provide you with advertisements that are relevant to your interests. By continuing to browse the site you are agreeing to our use of cookies.Ok