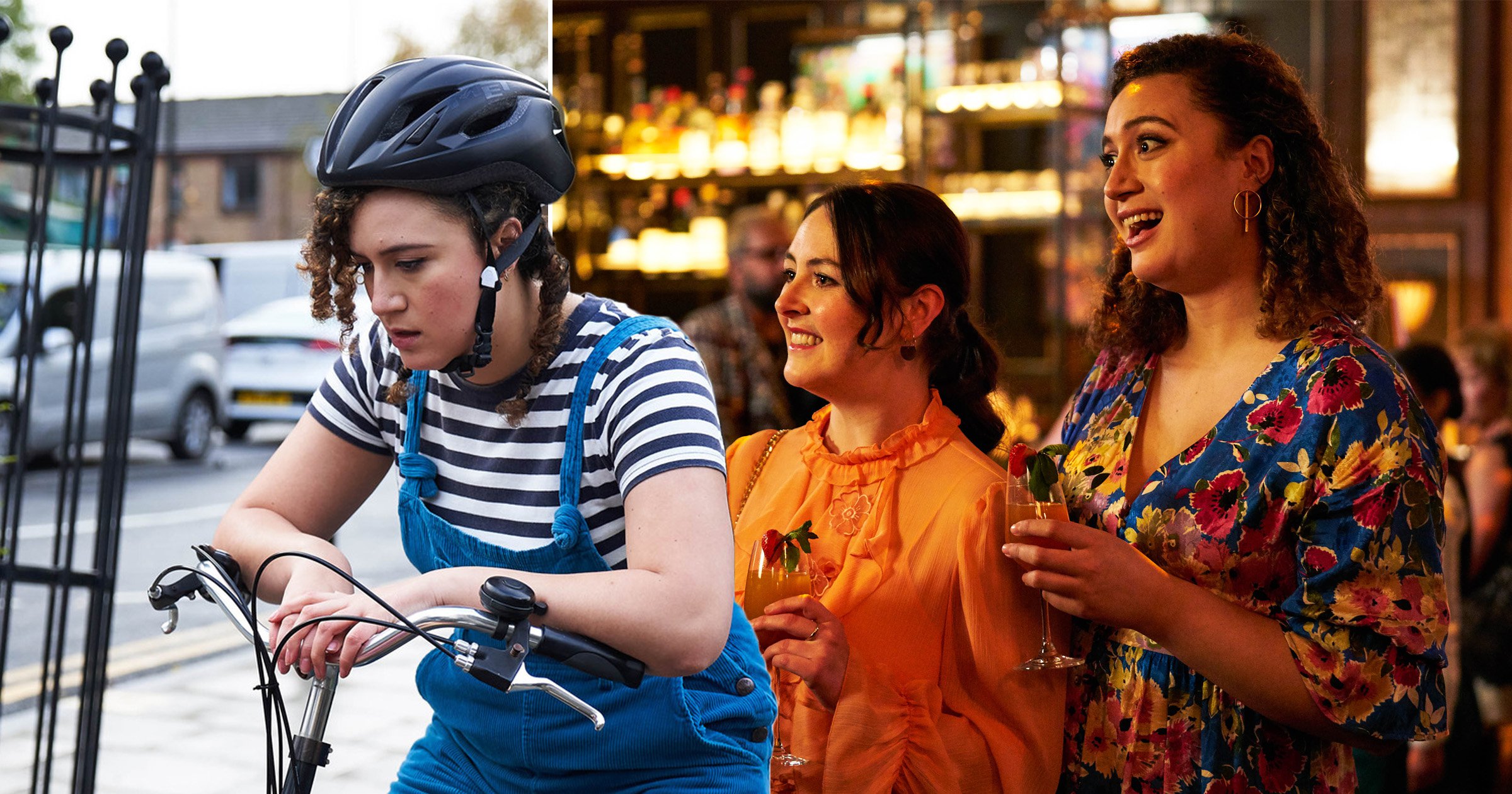 ‘I’m busting my ass to stay in a city that I’m not even from’.

As I watched an emotional scene in BBC’s new show Starstruck, I felt like someone finally portrayed how I feel living so far away from home – and she did it so perfectly.

The rom-com series co-written by Rose Matafeo and Alice Snedden – in which Rose stars as Jessie – is about a New Zealand woman living in East London who sleeps with a man called Tom (Nikesh Patel) after a night out… only to discover that he’s a famous film star.

The five-episode series is funny, lovable and relatable. It touches on the subjects of love, friendship and the struggle of trying to find yourself in a new city as a young person, which is something that I, as well as any others, can relate to.

I moved here a year and a half ago, only a couple of months before the pandemic began. I am absolutely in love with this bustling city and am so happy I made the decision, but I felt completely seen watching Jessie lament the struggles of living abroad.

In a scene with her colleague at a movie theatre, Jessie breaks down after having a particularly bad day and admits that she has ‘no idea’ why she’s living in London in the first place.

She is spiralling after a potential relationship has come to a grinding halt and has been left defeated after spending the day working a ‘s**tty job’, only to end up losing all of the cash she made.

‘I f*cking hate it here half the time anyway. People are so mean here. The air is literally poison, everyone I know here is an alcoholic but everyone’s like “go overseas Jessie, do the overseas experience it’s going to be great.” That’s totally fine, but I don’t have anything to show for my time here.’

The New Zealander goes on to say that she feels like she hasn’t achieved anything and that she doesn’t have the support she needs.

Even though this scene is just a bump in the road for Jessie, it perfectly encapsulates those days where everything seems to be going wrong and you question whether it’s all worth it.

This monologue hit home – and I know it will for many.

London has a lot to offer. It has incredible nightlife, spectacular cultural experiences and amazing opportunities, but there are days where living here can really get you down.

Days where you somehow miss the bus, lose your phone, stub your toe and miss dinner plans all in the space of 24 hours. It’s these moments where it’s hard to not question everything.

I remember one day in particular where I was already running on very little sleep. I had accidentally left my lunch at home and on the commute to work, I lost my favourite scarf.

Adding insult to injury, my phone died after work, resulting in me getting on the wrong tube and not realising until I was six stops in the completely wrong direction. Of course, this then meant I was hours late for my evening plans.

Even though each of these events on their own is something small, when they pile on you all in one day it often brings with it a slight pang of homesickness.

It’s normal to feel directionless in your 20s but this feeling can be exacerbated when you live so far away from your loved ones.

Usually, I don’t have much of an issue thinking about the fact that my family is a 24-hour flight away. As an Australian, I’m used to boarding long-haul flights to get to wherever I need to go. But that flight feels incredibly unattainable during a time of Covid.

If you’re not Australian you might not know that there is currently a flight cap for all returning Aussies. This cap amount is regularly changing, which means people are being bumped off of their flights only minutes before boarding.

A friend’s ex-boyfriend had this happen on multiple flights before he finally was able to return home after months and months of waiting. He isn’t alone in this, as it is a common conversation topic in the Aussie’s in London Facebook group.

If you’re lucky enough to make it on a flight, the price will leave you gobsmacked. Not only do you have to pay around £1,200 for the return ticket (when usually it sits around £500-700), you also have to pay for quarantine. How much is that you may ask? A whopping £1,676.

The current price means many people won’t be able to see their family for years.

For many of us, it feels like we’re being punished by the Australian Government for living here and it’s these circumstances that make the distance feel even further.

Like Jessie, I know it was my decision to live here but sometimes all you need is a hug from your mum and dad.

Oh and a swim in an Australian beach would be nice too.

During a time where it feels like only a select group are able to relate to my experience, it was incredibly refreshing to see the struggles that so many people who live overseas face reflected on screen.

Starstruck is set to launch on Monday April 26 at 10.45pm on BBC One, with the entire series available on BBC iPlayer.