Rob Garrison was a popular actor whose claim to fame came in the late 80s when he starred in the iconic film – The Karate Kid. The star went on to play a role in the spin-off series, Cobra Kai, which is on Netflix. The actor died back in 2019, aged 59, and Express.co.uk has all you need to know about what happened.

Robert Garrison was an actor from West Virginia, who began his acting career in the 1970s.

He started off in small roles in the late 70s, before studying theatre at Ohio University.

Once he had graduated he landed his first major role as Tommy in The Karate Kid. His character was one of the students at the Cobra Kai studio and he was known for being sarcastic about the group.

His character suffered brain damage in the first season of Cobra Kai, and by the second season, Tommy was suffering from terminal cancer. 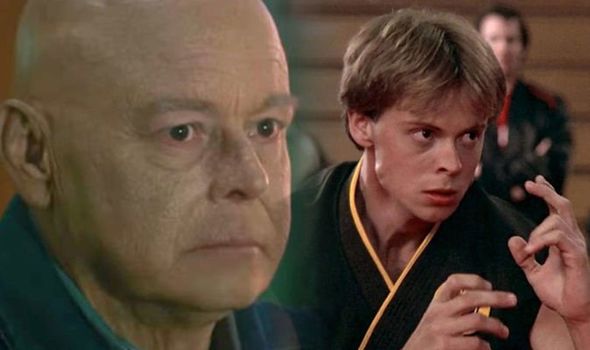 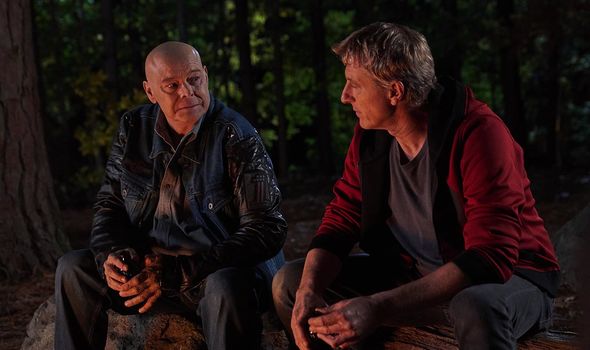 In an iconic and emotional scene, Tommy made an escape from the hospital in order to ride motorcycles with his old friends.

His character died the next morning, following a night of revelling and living out his final wishes to have fun.

Garrison had originally auditioned for the role of Johnny alongside William Zabka, but fans were glad he landed the alternative role.

The actor died on September 27, 2019, having suffered from kidney and liver issues.

He had been ill during filming for the second season of Cobra Kai and he was eventually taken to a hospital in West Virginia to receive treatment. 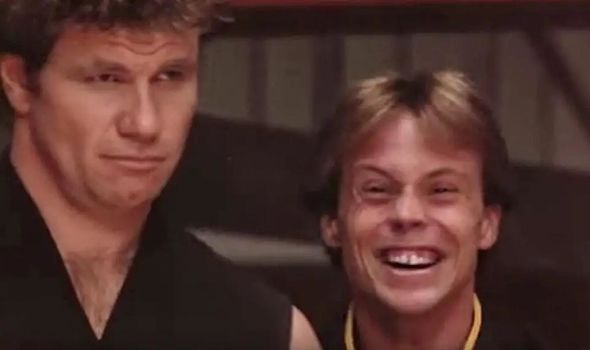 He spent a month in hospital, but sadly his organs gave up on him and he died aged 59.

He remains to this day one of the best-loved characters of The Karate Kid universe, and he was known for delivering a famous line in the original film.

He had said: “Get him a body bag, yeah!” during a fight between the two main characters, and he later revealed it had not been a part of the original script.

Garrison said he, Zabka and Ralph Macchio had been asked to fill two seconds of time, and Garrison came out with the classic line.

Following his role in The Karate Kid, he went on to star in the films Best Revenge and Iron Eagle, before returning for part two of The Karate Kid saga. 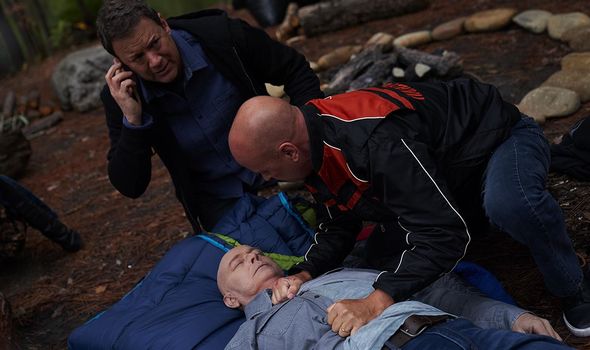 As for his TV roles, he starred in episodes of Tour of Duty, Columbo and Coach, as well as Kung Fu: The Legend Continues.

He starred in one episode of the 2019 series of Cobra Kai, and this was his final role before he died.

Cobra Kai is set many years after the original film, and it first aired as a YouTube Original, before being picked up by Netflix in 2019.

Season three of the series, which is now available to watch on the streaming platform, paid tribute to the original star.

At the end of the first episode, there is a title card remembering the star, saying: “Cobra Kai never dies”.

Fans have been remembering the emotional episode in season two of Cobra Kai, in which the group found out Tommy had died.

One said on Twitter: “That episode of #CobraKai was by far my favourite of season 2. RIP Rob Garrison.”

At the time of his death, screenwriter Jon Hurwitz said the Cobra Kai family had been “devastated” by the news.

He called the star a “truly gifted performer” and an “even better man”.

Fans will be grateful to know his legacy continues to live on in season three of the series.

Cobra Kai season 3 is on Netflix

Related posts:
Dick Thornburgh dead – Former attorney general and Pennsylvania governor dies aged 88
Swimming in Very Cold Water Keeps Me Sane
Popular News
'Gossip Girl': The Real Reason Some People Think Blake Lively Was a 'Diva' on Set
25/01/2021
Man Utd wonderkid Ramon Calliste, called ‘the next Giggs’, now owns luxury watch business and makes £5m a year – The Sun
26/03/2020
Megan Thee Stallion Addresses Criticism Over Twerking: ‘I Love to Shake My A**’
26/03/2020
Police guard shops to stop coronavirus panic-buyers and enforce social distancing – The Sun
26/03/2020
Coronavirus: Good Morning Britain’s Dr Hilary reveals ‘game-changing’ self-testing kit
26/03/2020
Recent Posts
This website uses cookies to improve your user experience and to provide you with advertisements that are relevant to your interests. By continuing to browse the site you are agreeing to our use of cookies.Ok