Archie (played by KJ Apa) has been a popular figure of Riverdale since CW first began airing the smash-teen murder mystery hit back in 2017. Since then, viewers of the Netflix drama have seen the character put through every ordeal possible, yet he has still managed to come out the other side. However, with reports suggesting there will be a time jump when the show returns to screens next year, it seems the aspiring musician might not be included in future plots. This because showrunner Roberto Aguirre-Sacasa has dropped a big clue about the fate of the protagonist.

Taking to his official Twitter account, the show’s boss posted two title cards for upcoming episodes based on the stories narrated in the Archie Comics – from which the drama is centred around.

They are specifically related to the third and fourth instalments of season five, with Roberto writing in view of his 264,400 followers: “The #Riverdale Players Theatre continues with our next two table reads today via Zoom!!

“As we say goodbye to high school and hello to…???” he continued, adding an allure of mystery for what’s to come.

The first image sees the main characters in cartoon form celebrating their graduation in an episode given the same name.

However, the concern over Archie’s death comes from the next edition which is entitled Purgatory, with the image associated based in a graveyard. 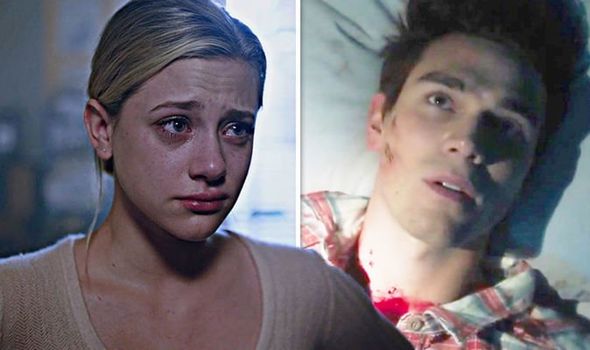 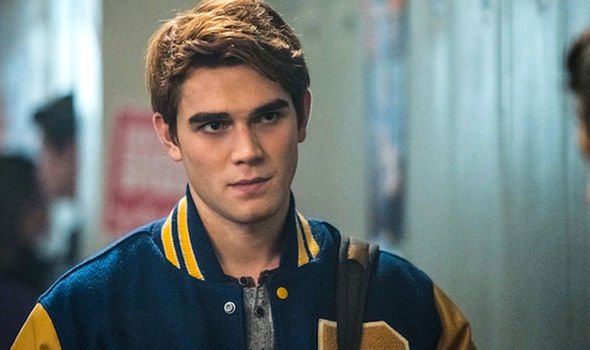 Whilst an image of Archie in military gear is situated in a blood-red sky, his friends Jughead Jones (Cole Sprouse), Betty Cooper (Lili Reinhart) and Veronica Lodge (Camila Mendes) gather at a graveside.

Last season, the main character was debating what he wanted from his future following the death of his father, Fred Andrews (Luke Perry).

This went from taking over his father’s construction business, to pursuing his venture as a musician before telling his mother Mary Andrews (Molly Ringwald) he was going to apply for a naval academy.

It would seem he chose the latter option given the image displayed alongside the name of the seemingly bleak episode. 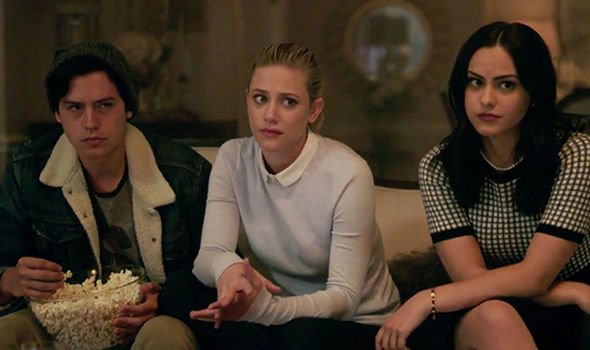 Everyone will think Archie is dead

In response to the post by Roberto, fans quickly took to the social media platform to air their own concerns over Archie’s future.

One viewer wrote: “Oh my gosh! Will we get to see the Afterlife with Archie storyline?! That would be an amazing shift for the series.”

Another added: “So my guess is – everyone will think Archie is dead and that will bring Jughead, Betty and Veronica all together back in Riverdale. Well, in the end, they’ll find out that Archie is not dead.”

Whilst a third commented another character could be the deceased and Kevin Keller (Casey Cott) could be killed off.

“What is it this I see on the second poster? Eyes A soldier? The gang in grief? If they kill off Kevin to have everyone reunite five years later for his funeral I will riot. Just saying,” they wrote.

Viewers will have to wait and see whether someone does indeed die and who the character could be when the show returns next year.

The fourth season was cut short earlier this year as a result of the coronavirus pandemic, but production restarted just a few weeks ago.

Roberto released the title cards for the first two instalments which are Climax and The Preppy Murders, indicating yet more murder mystery for the crime-solving quartet.

The show boss confirmed the time jump earlier this year, explaining: “We’ve been talking and planning on doing a time jump, and of course, usually time-jumps happen in-between seasons because there’s a tease at the very end.”

Instead of the twist coming at the start of season five, Roberto added it would probably come later in the season.

“So what we’re doing is picking up right where we left off for the first three episodes, and then doing a time jump… after those three episodes,” he told TV Line.

Fans were pleased with the news as one wrote on Twitter: “A five-year time jump for Riverdale will be so interesting and fun. I’m so excited.”

Riverdale season 5 will be available to stream next year on Netflix.

Related posts:
SiriusXM To Pay Tribute To Avicii During Suicide Prevention Week
Coronavirus Outbreak Linked to Maine Wedding Leads to 147 New Cases and 3 Deaths
Popular News
Newmarket Races: Tips, racecards, odds, runners and best bets for Day 1 of the Cambridgeshire Meeting on ITV Racing
24/09/2020
Man Utd wonderkid Ramon Calliste, called ‘the next Giggs’, now owns luxury watch business and makes £5m a year – The Sun
26/03/2020
Megan Thee Stallion Addresses Criticism Over Twerking: ‘I Love to Shake My A**’
26/03/2020
Police guard shops to stop coronavirus panic-buyers and enforce social distancing – The Sun
26/03/2020
Coronavirus: Good Morning Britain’s Dr Hilary reveals ‘game-changing’ self-testing kit
26/03/2020
Recent Posts
This website uses cookies to improve your user experience and to provide you with advertisements that are relevant to your interests. By continuing to browse the site you are agreeing to our use of cookies.Ok