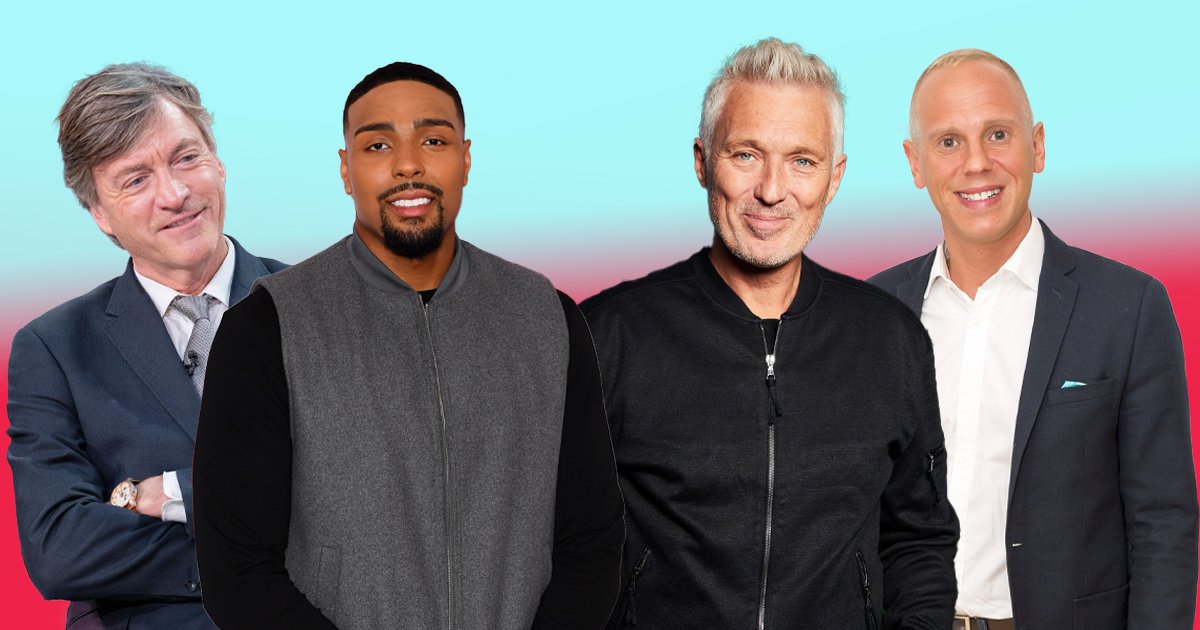 Loose Women will soon rebrand as Loose Men for a day and feature an all-male panel to coincide with Mental Health Awareness Week.

The special episode of the ITV show will be hosted by Richard Madeley and will feature dancer Jordan Banjo, TV judge Robert Rinder and singer and actor Martin Kemp on the panel.

Airing on May 13, this episode follows the first all-male panel in the show’s 21-year history last November to mark International Men’s Day.

It was anchored by JLS star Marvin Humes as he was joined by Love Island narrator Iain Stirling, singer Ronan Keating and radio presenter Roman Kemp.

The upcoming instalment is part of Loose Women’s Stand By Your Men mental health campaign which urges men to open up and seek help when needed.

‘After the success of the first Loose Men I jumped at the chance to anchor the next instalment,’ Richard explained.

‘It’s no secret that men find it harder than women to speak about our emotions so I’m looking forward to finding out what happens when us guys open up about things we usually shy away from.’

The panel will discuss the tools they use to look after their own mental health as well as the topics of the day.

Even though this isn’t the first time Robert has been on the show, this will be the first time he’s ever been a host. He divulged that he was looking forward to his upcoming TV appearance.

‘I’ve faced many courtroom battles in my lifetime but, while I’ve been a guest plenty of times, nothing can prepare me for becoming a Loose Man on an all-male panel!’ he said.

‘I’m looking forward to joining Richard, Jordan and Martin as we discuss the topics that are closest to our hearts while also helping to support Loose Women’s Stand By Your Men campaign during Mental Health Awareness Week.’

This will mark the second time the show has been in the hands of men.

Sally Shelford, the editor of Loose Women, said: ‘We can’t wait to welcome the next four brave men who are taking over the Loose Women desk for the day.

‘By backing our Stand By Your Men campaign Richard, Robert, Martin and Jordan will be helping to shine a light on such an important topic, empowering men to reach out and get help if they’re struggling.

‘And of course, our honorary Loose Men will discuss some classic Loose topics to give us that all-important laugh at lunchtime, too.’