Carole Radziwill from The Real Housewives of New York City recently shared that age shaming is the “bedrock” of the Housewives series. 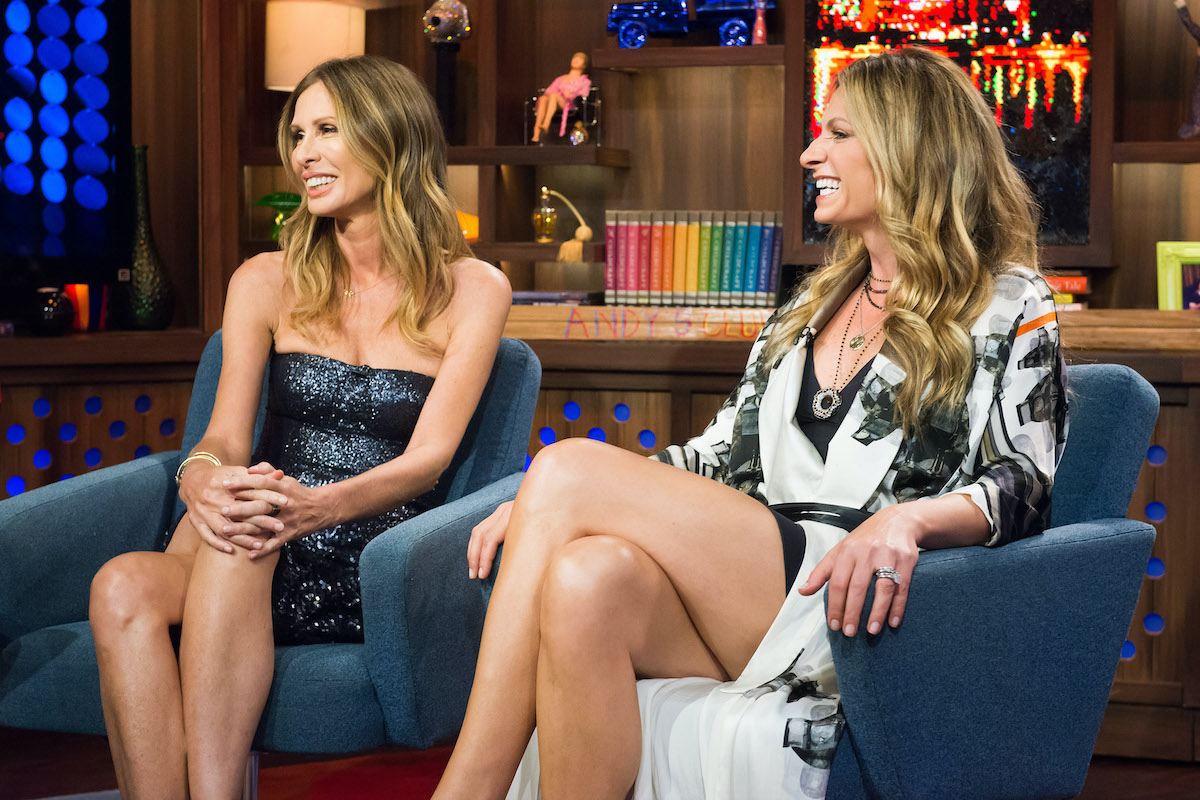 Although she no longer watches the show, Radziwill caught a social media moment that struck her. “I’ll give you an example and I can circle it back to RHONY in a way, but only because you were there,” Radziwill told Heather Thomson on her new In My Head podcast.

Radziwill recalled a moment at Dorinda Medley’s Blue Stone Manor when newcomer Leah McSweeney proudly announced that she was the only cast member who still got her period. Medley had invited Thomson and her husband to dinner along with the current cast.

“I haven’t met the new cast or anything, but I saw on social media the scene, this is an example,” she recalled. “You were in the Berkshires at Dorinda’s house? There was this moment where Leah [McSweeney], the new girl gets up and they’re toasting and she seems fun and she’s apparently a great Housewife so that’s good.”

“And she gets up and she walks out of the room, but before she walks out of the room she screams and laughs, ‘Oh my God I’m the only one here who still gets their period!’” Radziwill said. “I was like, ‘Okay I mean listen, I’m sure she’s a great girl and she doesn’t mean to age shame or anything, but that’s what I am talking about when I say it’s so integrated in our DNA that we’re not even aware of it.”

“So what she is saying is this old misogynistic patriarchal narrative about women of a certain age,” she continued. “Women are not valued as women over baby-making age. And it’s a centuries-old patriarchal trope and narrative.”

Radziwill points out that no one said a word

Radziwill said that Thomson or any of the cast said a word about the moment. “I don’t think she understood what she was saying in that regard,” she said. “She was just making a funny line. And she wasn’t only insulting all of you, but every woman over a certain age who feels that.”

“None of you said anything, I was disappointed in you Heather,” Radziwill laughed hoping perhaps Thomson would have schooled McSweeney.

But Thomson said she couldn’t help but feel as though she was happy to be free of her period. “For me, I remember exactly what you are speaking about,” Thomson said. “I remember her saying that. And I thinking to myself like, ‘You poor thing. Well sorry, you still have to deal with all that stuff.’ I’m like estrogen happy and everything’s good with me.”

Related posts:
Transfer news LIVE: Dele Alli in PSG talks, Mbappe LATEST with Liverpool and Real Madrid interest, Luis Suarez updates – The Sun
Mum splits internet by sleeping with husband and five kids in huge family bed
Popular News
Mike Ashley finally agrees to refund Newcastle fans for games behind closed doors after 'taking £7m since lockdown'
29/10/2020
Man Utd wonderkid Ramon Calliste, called ‘the next Giggs’, now owns luxury watch business and makes £5m a year – The Sun
26/03/2020
Megan Thee Stallion Addresses Criticism Over Twerking: ‘I Love to Shake My A**’
26/03/2020
Police guard shops to stop coronavirus panic-buyers and enforce social distancing – The Sun
26/03/2020
Coronavirus: Good Morning Britain’s Dr Hilary reveals ‘game-changing’ self-testing kit
26/03/2020
Recent Posts
This website uses cookies to improve your user experience and to provide you with advertisements that are relevant to your interests. By continuing to browse the site you are agreeing to our use of cookies.Ok