Home » TV and Movies » Remember when After Life’s Ashley Jensen starred in EastEnders 22 years ago?

Remember when After Life’s Ashley Jensen starred in EastEnders 22 years ago? 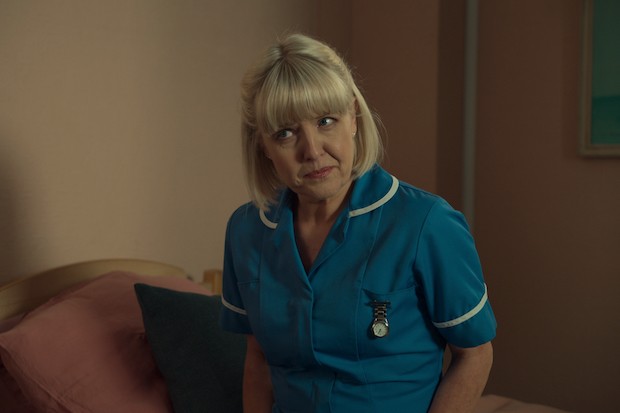 Actress Ashley Jensen recently starred in the popular Netflix series After Life – but did you know she once stepped foot in Albert Square?

The star played the role of Fiona Morris and was only seen for a couple of episodes way back in July 2000.

Fiona was the wife of Rod Morris, and made her arrival when she visited the di Marco’s family for dinner.

Days later, Fiona attempted to get Nicky to drop her case against Rod but fled when a journalist arrived to ask Nicky what happened.

She may have only appeared in a handful of episodes, but Ashley’s time playing Fiona was certainly dramatic!

After her time in EastEnders, Ashley went on to appear in a variety of shows including Extras and Catastrophe.

In 2019, Ashley made her arrival as Emma in Ricky Gervais’ After Life.

Nurse Emma was the carer looking after Tony’s dad in a nursing home.

When Tony’s father died in series 2, Emma was the person who called him to break the sad news.