Disney Plus will release Pixar movie Raya and the Last Dragon next month to introduce the titular Raya, who is played by Star Wars actor Kelly Marie Tran. The film will see the first ever Southeast Asian Disney hero forced to take on an epic journey to find the last remaining dragon to help repair her fractured homeland. And the new trailer reveals exactly what Raya is battling against – a dark and malevolent force that can only be stopped by the magic of the last dragon – Sisu.

WATCH THE NEW TRAILER AT THE TOP OF THIS ARTICLE

In the trailer, Raya reveals her home has been at war for as long as she can remember.

Her father tells her that he believes the people can come together again, but that “someone needs to take the first step”.

The lone warrior is forced to set off on a dangerous solo mission to find the last dragon and save the land of Kumandra from an unnamed force.

Only one thing can help Raya save home, the last dragon Sisu (played by Awkwafina) – a slender blue creature reminiscent of classic Asian dragons from mythology. 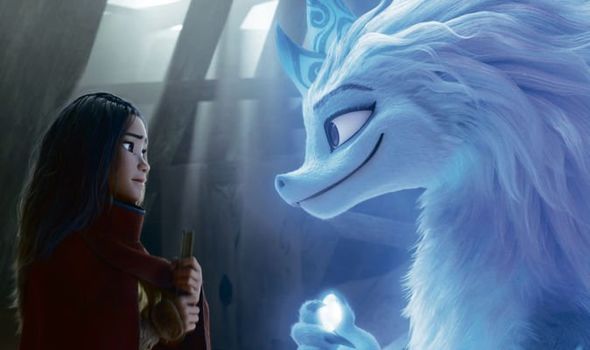 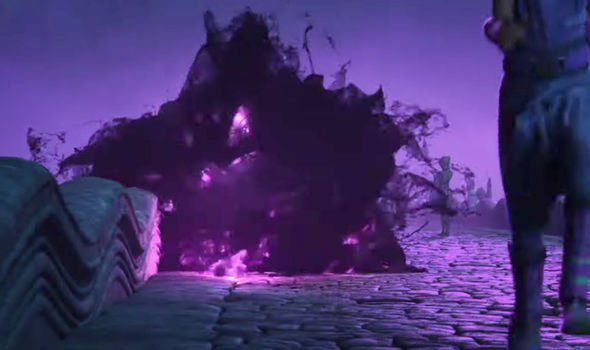 The final scene of the trailer, however, gives Sisu a brand new look.

The legendary beast grabs hold of a glowing crystal and transforms into a human girl.

Sisu looks the same age as Raya but with long flowing white hair – similar to that of her dragon form.

Sisu’s transformation may make an enormous change to the dynamics of the film. 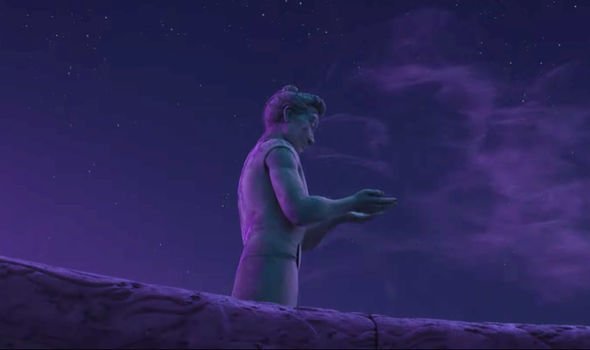 So far in the trailers, Sisu has been shown off struggling to traverse the human world in her gigantic size.

This new piece of the mythical puzzle creates the classic Beauty and the Beast conundrum: Sisu will surely have to decide whether she wants to stay as a dragon, or become a human by the end of the film, changing her life in the process.

The flashy new movie is due out on March 5, 2021, in both cinemas and on Disney Plus.

But just like Mulan before it, Raya and the Last Dragon will charge streaming viewers a one-off fee of $30, or £19.99 to watch the film on top of their subscription price.

Raya and the Last Dragon’s producer Osnat Shurer and co-writer Adele Lim recently spoke out on creating the movie entirely from home during the coronavirus pandemic.

Shurer said: “I think there were different kinds of challenges and some interesting learnings I’d say, certainly technology.

“We had a jumpstart in that about almost 30 percent of our artists were already able to work from home because we set it up so that you can go home, you can have dinner with the kids, and then you can check your render and fix it if you need to and then come in the next day.”

The producer added: “So we had something to build on, even though we had to up the power and the ability for all of us to be connected at the same time.

“But part of what that required was more delegation, which artists love and brought their A+++ game because they were trusted. Yes, life imitating art.

“We had to trust each other to do this differently. We had little insights into each other’s lives with cats and dogs and babies, and you name it all around in the middle of conversations.”

Raya and the Last Dragon is due out in cinemas and on Disney Plus on March 5, 2021.