Quentin Tarantino has signed a two book deal with Harper, the HarperCollins imprint. First up is Tarantino’s first work of fiction, Once Upon A Time In Hollywood, a novel to be published next summer that breathes new life into the characters and the premise of a film that got 10 Oscar nominations and won the Best Supporting Actor Oscar for Brad Pitt. Tarantino has long been infatuated with the movie novelizations he read voraciously growing up, paperbacks that accompanied a film’s release. He has set in that tradition a book that teases out the characters played by Leonardo DiCaprio and Pitt. Appropriately, the throwback novel will start as a Harper Perennial mass market paperback, alongside e-book and digital audio editions. A deluxe hardcover edition will follow in the fall. 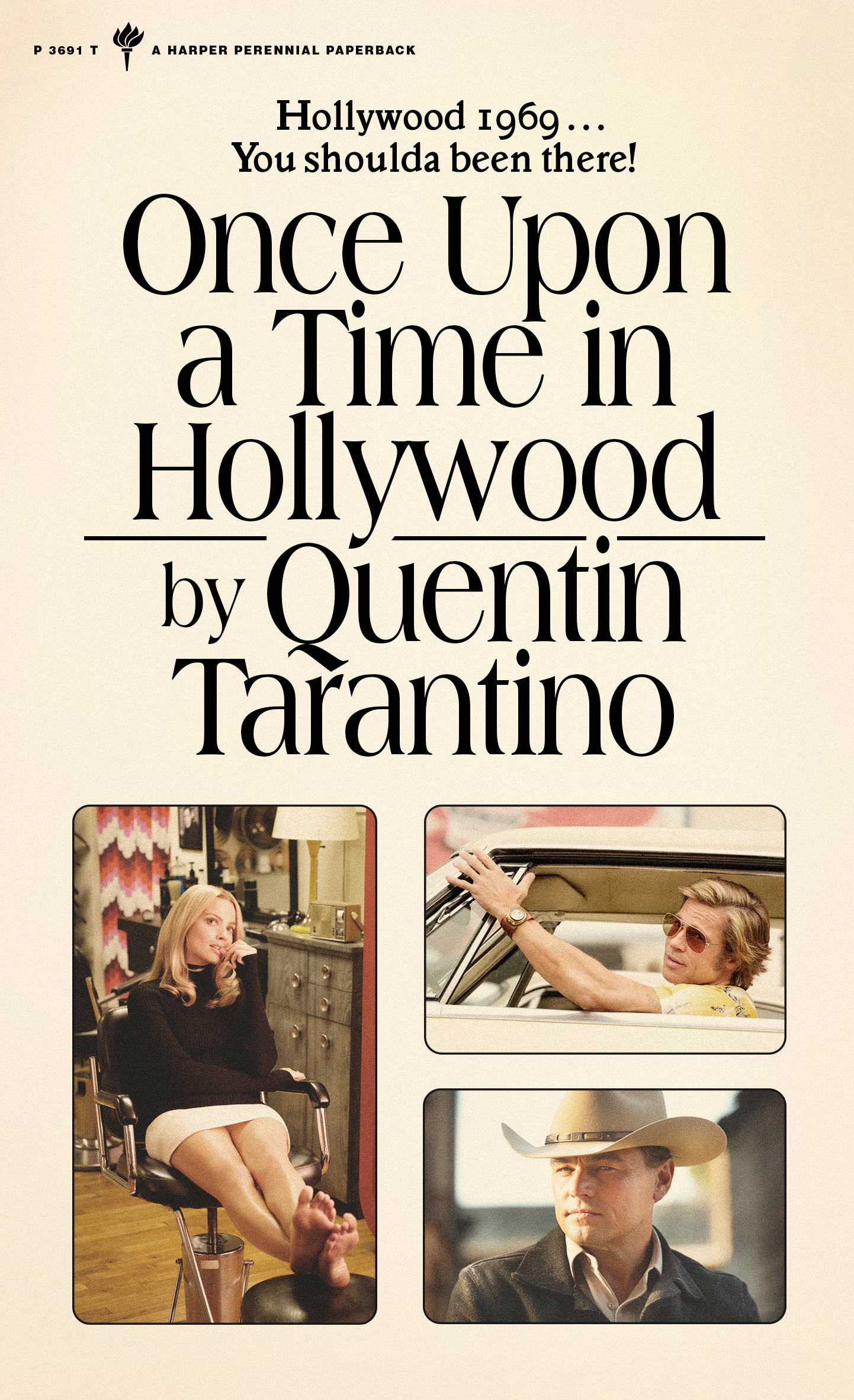 Tarantino’s second work with Harper will be a work of nonfiction, Cinema Speculation. Tarantino has often cited film critic Pauline Kael as a literary hero and over the years has hinted he might take a career pivot toward writing about his film passions as a next career when he retires after directing his tenth film. This book is described by the publisher as a “deep dive into the movies of the 1970’s, a rich mix of essays, reviews, personal writing, and tantalizing “what if’s,” from one of cinema’s most celebrated filmmakers, and its most devoted fan.”

The Once Upon A Time In Hollywood novel will chart the lives of Tarantino’s two protagonists – TV actor Rick Dalton and his stunt double Cliff Booth – both forward and backward in time. In scripting the film, Tarantino steeped himself in the mythology of everything from Los Angeles in the summer before the Manson Family murders, to the TV Westerns that DiCaprio’s character Rick Dalton came from, down to the Italian Spaghetti Westerns that gave Clint Eastwood a career post Rawhide, and gave Dalton a lifeline. As part of his research, Tarantino wrote half a dozen episodes of Dalton’s series, Bounty Law, and has expressed a desire to direct them as a limited series.

I’ve seen a sample of the book, an appreciation of Dalton’s post Bounty Law career from by Pulp Fiction filmmaker Tarantino, who recounts Rick Dalton’s attempts to extend his career in Italy. The trip included successes like Nebraska Jim and setbacks like the time he overplayed his hand in Kill Me Quick Ringo, Said The Gringo, and insisted he be paid extra to dub in English his distinctive Missouri drawl for the Hollywood release of the film. The producers instead got Peter Fernandez, who had a distinctive voice all his own — as he dubbed the popular cartoon Speed Racer — which muted Dalton’s performance. Among the many characters Dalton comes across is Burt Reynolds (who was cast to play George Spahn in Once Upon A Time…In Hollywood but died during rehearsal), but in Tarantino’s writing got a great break when his series Dan August got canceled and he landed Deliverance. Another character is Pete Duel, the Alias Smith and Jones star who committed suicide but who was an important influence to Tarantino and DiCaprio and Pitt as they found their characters. There are also interactions with action stars of the era like ex-football stars like Jim Brown and Fred Williamson, as Dalton scratches his way toward a second act. Tarantino’s mix of fiction and real stars of the ’60s and 70s puts his encyclopedic brain for such details to fine use.

“In the seventies movie novelizations were the first adult books I grew up reading,” says Tarantino. “And to this day I have a tremendous amount of affection for the genre. So as a movie-novelization aficionado, I’m proud to announce Once Upon A Time In Hollywood my contribution to this often marginalized, yet beloved sub-genre in literature. I’m also thrilled to further explore my characters and their world in a literary endeavor that can (hopefully) sit alongside its cinematic counterpart.”

Vice President and Executive Editor Noah Eaker, who acquired North American rights from Tarantino’s WME reps said, “Quentin Tarantino’s literary talents have been in plain sight since his first scripts, but to see how skillfully he endows his characters with life on the page and how he constantly takes a reader by surprise, even one who knows the movie by heart, is to see a master storyteller trying on a new form and making it his own.”