Queen of the South fans have been scrambling for any updates or rumours as to when the fifth season will air on the USA Network. Sadly, there’s still no word on a release date, with the coronavirus pandemic bringing a halt to production earlier this year and causing substantial delays to the process. However, while fans eagerly anticipate Teresa (played by Alice Braga) and James’ (Peter Gadiot) storyline, they can get their fix of Braga in new HBO drama We Are Who We Are.

We Are Who We Are premiered on HBO and HBO Max in the USA on Monday, September 14 to rave reviews.

The series is also set to air in the UK on Sky Atlantic on October 9.

The drama follows two teens, Fraser (Jack Dylan Glazer) and Caitlin (Jordan Kristine Seamon), as they grow up on a US military base in Chioggia, Italy.

Set in 2016, the series explores the typical afflictions facing teens – whether it be heartbreak and identity struggles – against the unique backdrop. 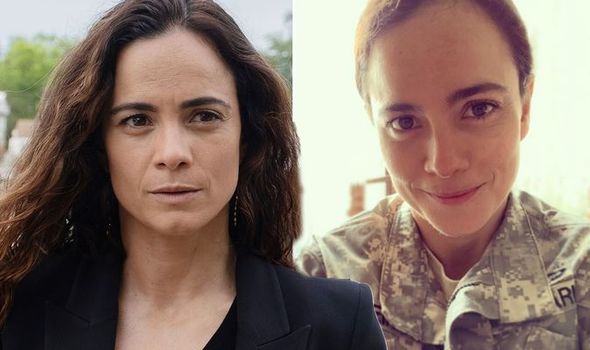 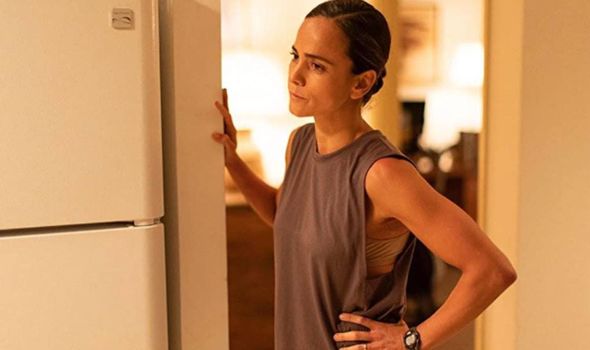 And Braga takes on a commanding role in the show as Fraser’s mum and member of the military, Maggie Teixeira.

Maggie is married to wife Sarah Wilson (Chloe Sevigny) who is also a colonel in the military, leaving very little room for Fraser to escape from the way of life his parents embarked on.

While the impactful drama is enough to keep viewers hooked, Braga has now revealed a hidden meaning for her character’s name.

Sharing a selfie on social media while wearing her military gear, Braga divulged the hidden meaning was in honour of friend and producer Rodrigo Teixeira. 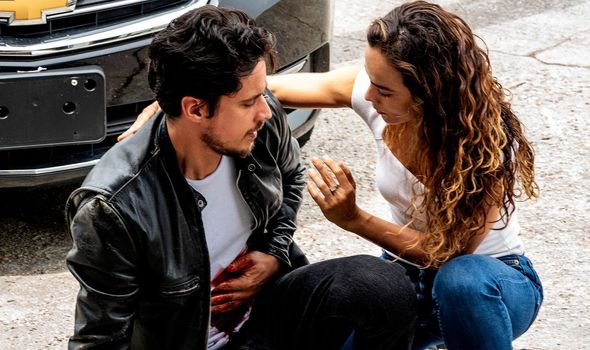 Braga stars in all eight episodes of the mini-series ahead of QOS’ return.

We Are Who We Are isn’t the only major project Braga has had lined up away from the USA Network drama, however.

Braga landed a major role on the big screen alongside Game of Thrones’ Maisie Williams in New Mutants which hit theatres last month.

The film had begun filming a whopping three years ago but after a series of pushbacks, made ever more complicated by the coronavirus pandemic, it was only in the past month or so it hit the big screen.

Braga has spoken openly about how waiting so long for a project to air had effected her.

“It’s been really special,” she said. “I mean, we’ve been waiting for such a long time.

“We had so many changing dates for the release that it’s exciting to feel the audience, you know, the fans waiting with us side-by-side for the film to come out.”

She added to ComingSoon.net: “So I think that warms my heart to, okay, finally we’re bringing it to them.

“And especially in a hard time for the world, for everyone. So I think the movie will bring something that people are excited to see in times that is hard.

“I think it’s special. So I’m really excited. I was really excited to promote and to talk to the journalists, the fans, for everyone to bring it on.”

Queen of the South seasons 1-4 are available to stream on Netflix UK now.

Related posts:
Ray Parker Jr. on the Legacy of 'Ghostbusters', Passing on 'Spaceballs' and His Wild Oscars Performance [Interview]
Kanye West Vows to Get Taylor Swift Her Music Back Amid Twitter Rant
Popular News
Mike Tyson Makes EDM Debut With Self-Titled Banger, 'I'm Mike Tyson!'
25/10/2020
Man Utd wonderkid Ramon Calliste, called ‘the next Giggs’, now owns luxury watch business and makes £5m a year – The Sun
26/03/2020
Megan Thee Stallion Addresses Criticism Over Twerking: ‘I Love to Shake My A**’
26/03/2020
Police guard shops to stop coronavirus panic-buyers and enforce social distancing – The Sun
26/03/2020
Coronavirus: Good Morning Britain’s Dr Hilary reveals ‘game-changing’ self-testing kit
26/03/2020
Recent Posts
This website uses cookies to improve your user experience and to provide you with advertisements that are relevant to your interests. By continuing to browse the site you are agreeing to our use of cookies.Ok