Home » TV and Movies » Primates on BBC: What are primates?

Primates on BBC: What are primates?

Primates on BBC is a three-part nature documentary series which captures rare activity by some of our closest relatives. The first half of the series looks at animal behaviour and through immersive cinematography, crews give insight into how these stunning wild animals live. The last episode focuses on saving primates and wildlife conservation, and through emotional storytelling viewers learn how endangered some species are.

Primates are one of the main groups of land mammals which include monkeys and apes, lemurs and bushbabies, to name a few.

Humans are also considered to be primates, which is why monkeys are often referred to as the closes species to our kind.

Primates are known for having large brains, and this is evident in the fact they are known to be extremely smart, curious and intuitive.

The primates in the new nature documentary are known to be good climbers and they often build homes in the tops of trees.

They have strong limbs, with long fingers and toes to help them grip and climb all kinds of obstacles in their habitats. 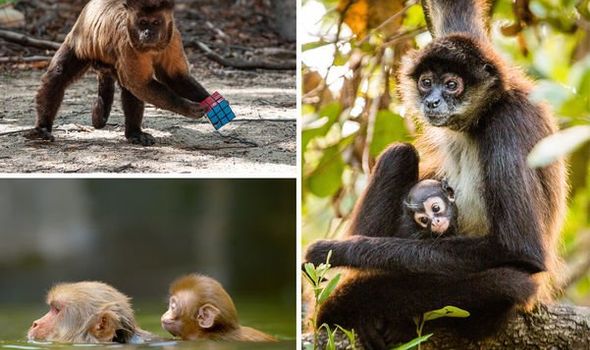 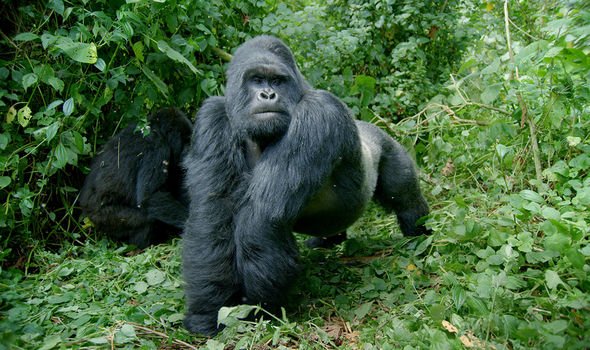 There are more than 500 species within the primate order, and it is one of the most diverse orders in zoology.

Setting aside humans, most primates can be found in tropical areas such as Africa, India, South America and South East Asia.

Gorillas and monkeys are known to be able to cover vast areas, while smaller species can be found living up to 5,000 metres above ground.

Key species featured in the Primates series on BBC One include the barbary macaque in Morocco, the blue-eyed black lemur in Madagascar, the rare and newly-discovered tapanuli organgutan in Sumatra and the unique-looking white uakari in Brazil.

Each species has its own set of key skills, with bearded capuchins being able to use six different tools, including sticks and stones. 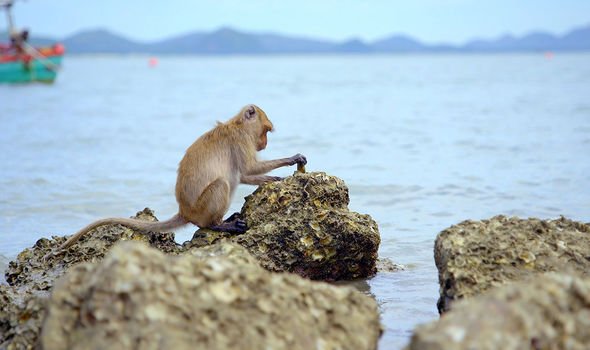 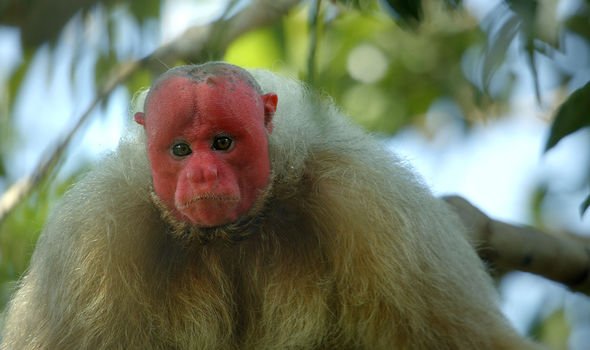 Lar gibbons are known for their speed, and can travel through the trees at more than 30 miles per hour.

Bushbabies may look small and meak, but they are able to leap 10 times their own body length in order to travel or escape danger.

Viewers will be treated to never before seen footage of the Tapanuli orangutan, of which there are only about 800 in existence, and the crews saw a minute percentage of them over the course of a month.

Sadly more than 60 percent of all primates are under threat to some degree, due to their habitats being damaged or lost.

Primates occupy habitats across almost every continent, besides Antarctica and Australia, where the conditions are too extreme.

DON’T MISS…
Life and Birth on BBC: Can you give birth without pain? [EXCLUSIVE]
Life and Birth BBC start date: When does it air? How many episodes? [INSIGHT]
The Chase fans stunned as one player takes on Chaser in ‘tense’ final [FAN DISCUSSION]

He said: “We ended up mixing the famous stars like gorillas, baboons or orangutans where we looked for new surprising angles on their lives, with much less well-known species – the oddities and the rarities like bald-headed white uakari or some of the lemurs, which are full of surprises in their own right.

“One of the animals we feature is a very rare species of orangutan, The Tapanuli orangutan. It was only discovered a few years ago.

“We managed to get some exquisite images of a mother and young together. But it was also poignant. These have only just been recognised as a new species and unfortunately have gone right to the top of the most endangered list.”

Viewers will see just how far conservationists will go to protect primates, and better understand what they need in order to survive.

Chris Packham, who narrates the series, said he was drawn to take part due to the diverse range of animals being explored.

He said: “If you ask people about primates, they’ll talk about apes and monkeys. They’ll talk particularly about gorillas, chimpanzees, orangs’ and so on and so forth – the big flashy ‘t-shirt’ animals as I call them, things that people easily engage with.

“I like the way the series covers the whole breadth of the primate family. They’ve got everything including the lemurs, the slow loris, the bush babies, spider monkeys and the gibbons to mention a few.

“There’s a great breadth there that I think will open people’s eyes to this really important group of animals which are, as programme three tells us, critically endangered in many cases.”

Fans of nature documentaries which see crews getting up close and personal throughout some of the most intimate moments within the animal kingdom are in for a treat.

Primates airs on BBC One on Sundays at 8.15pm

Create your own survey at doopoll.co

Related posts:
Why Did 50 Cent and Ciara Break Up?
LELO launches Stay Home deals with up to 15% off sex toys for the whole of May
Popular News
The Masked Singer: Viking to storm to victory as difficult clues keep identity under wraps
16/01/2021
Man Utd wonderkid Ramon Calliste, called ‘the next Giggs’, now owns luxury watch business and makes £5m a year – The Sun
26/03/2020
Megan Thee Stallion Addresses Criticism Over Twerking: ‘I Love to Shake My A**’
26/03/2020
Police guard shops to stop coronavirus panic-buyers and enforce social distancing – The Sun
26/03/2020
Coronavirus: Good Morning Britain’s Dr Hilary reveals ‘game-changing’ self-testing kit
26/03/2020
Recent Posts
This website uses cookies to improve your user experience and to provide you with advertisements that are relevant to your interests. By continuing to browse the site you are agreeing to our use of cookies.Ok