PIERS Morgan told government ministers to keep boycotting Good Morning Britain as their ratings are better than ever.

The presenter previously fumed that the Prime Minister and members of the cabinet stopped going on the ITV show due to his aggressive interview style. 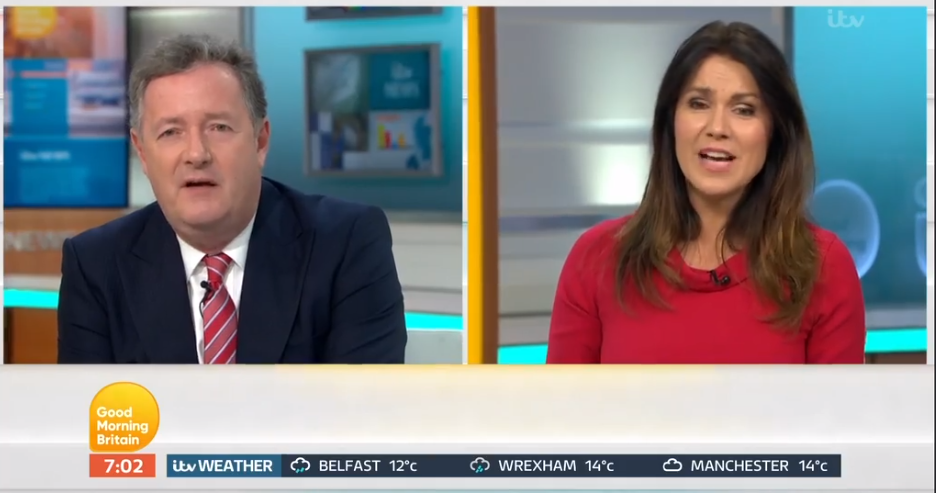 However, after an interview with Conservative MP Caroline Nokes, both Piers and Susanna tore into the government for continuing to boycott the show.

Piers said: "Interesting how so many Tory MPs are saying, 'Get back on the programme, it's pathetic.'

Susanna agreed, adding: "Actually it's a dereliction of duty to our viewers and your voters." 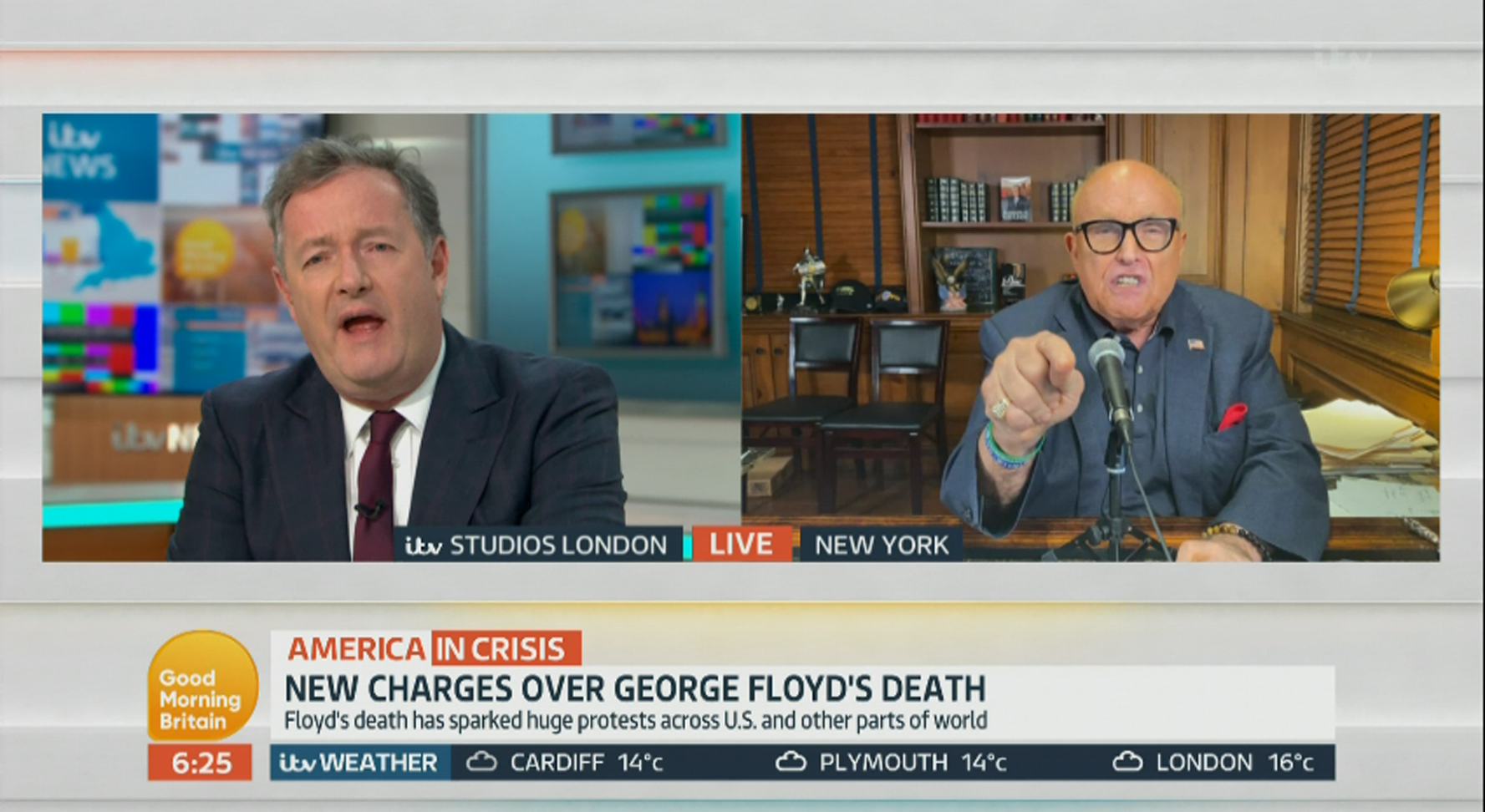 "The less we have government ministers, the more people tune in. Maybe don't hurry back. Maybe we'll see you in September."

Susanna then said his brag was a bit "Trump-esque".

Last week, Piers bragged about his ratings on Instagram despite the boycott and Ofcom complaints.

Sharing a photo of him alongside Susanna, he captioned the image this morning: "BREAKING: ⁦‪Good Morning Britain had its highest ever ratings yesterday: 27% audience share, peaking at 32%.

"The longer the Govt boycotts us, the more people are tuning in. We’ll keep challenging them in their cowardly absence. Thank you for watching!"

Most recently, Good Morning Britain sparked 125 complaints after a guest went on a sweary rant – and Piers refused to apologise.

Celebrity hairdresser Adee Phelan appeared on GMB to discuss his fundraising for NHS nurses fighting coronavirus but exploded at the government, saying "they need to get their s**t in order".

Piers addressed his swearing but he refused to apologise and said he "understood" his guest's rage. 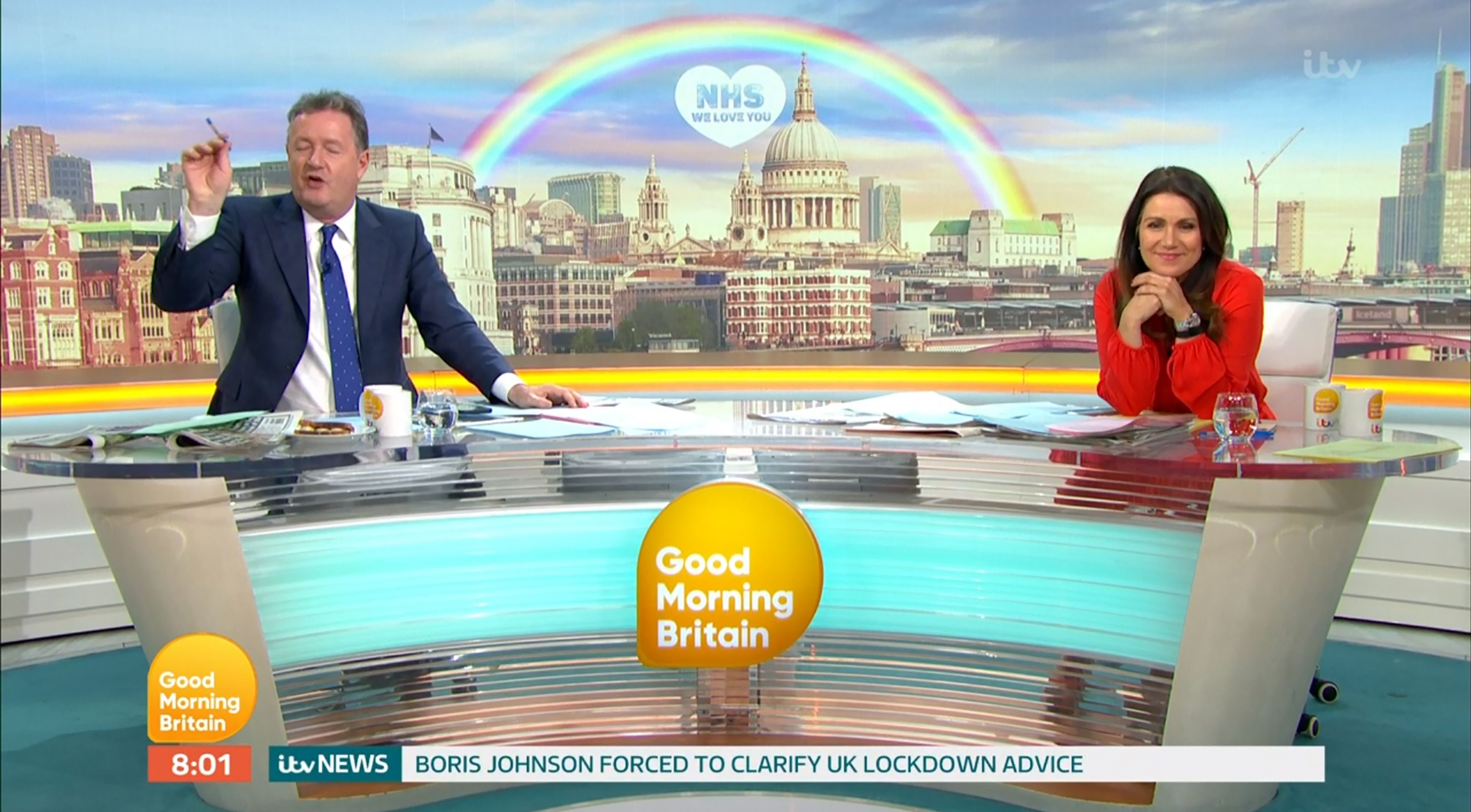 The run-in came one day after the Government rolled out lockdown guidelines that include a clause that completely bans two people from separate households gathering in a private place.

Then after a week-long break, last Monday he was hit with 76 complaints on his return.

So far this year, Piers has racked up over 4,000 Ofcom complaints.