Alok Sharma appeared on BBC Breakfast to be quizzed by Louise Minchin over the local lockdown in Leicester as well as the government’s latest testing numbers. Moments later on GMB, Piers and Susanna were left picking through Mr Sharma’s answers on the 64th day that a government minister has refused to appear on the ITV show. While Mr Sharma may not have appeared on GMB, Piers was quick to slam both his responses and the line of questioning.

Before a clip from Mr Sharma’s interview was played, Piers didn’t exactly give him the warmest of introductions.

The GMB host described Mr Sharma as “one of the worst-performing government ministers” to appear on GMB, adding “the bar was pretty low.”

Piers then revealed that the MP had gone onto the BBC show and admitted “he was wrong” about information he’d previously given the programme regarding testing figures.

However, his criticism didn’t end there as he soon turned his attention to the line of questioning from the likes of Dan and Louise. 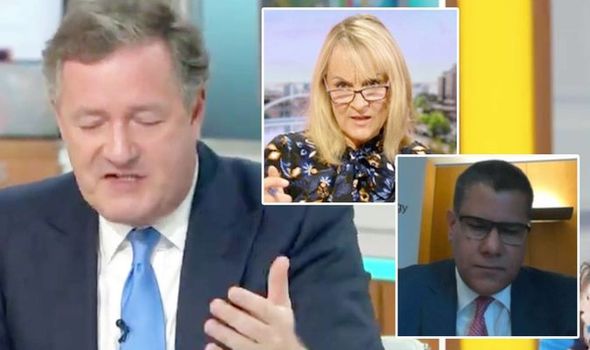 Piers ranted: “This is how it is now, they go on BBC Breakfast, they don’t get challenged on it, we call them out on this show and they go back on BBC breakfast and admit they were wrong.”

Black woman films white man 'following her in car for two miles' in MA
Billie Eilish movie: Was Billie Eilish in Diary of a Wimpy Kid? Who did she play?
Popular News
Major energy supplier to pay thousands of customers up to £100 to use less energy this winter – how to get it | The Sun
29/11/2022
Man Utd wonderkid Ramon Calliste, called ‘the next Giggs’, now owns luxury watch business and makes £5m a year – The Sun
26/03/2020
Megan Thee Stallion Addresses Criticism Over Twerking: ‘I Love to Shake My A**’
26/03/2020
Police guard shops to stop coronavirus panic-buyers and enforce social distancing – The Sun
26/03/2020
Coronavirus: Good Morning Britain’s Dr Hilary reveals ‘game-changing’ self-testing kit
26/03/2020
Recent Posts