PIERS Morgan 'returned' to Good Morning Britain once again today and cuddled up to his ex co-host Susanna Reid for a kiss.

But it wasn't how fans would have liked the duo to be reunited – because it was a two-year-old clip from their time on Soccer Aid. 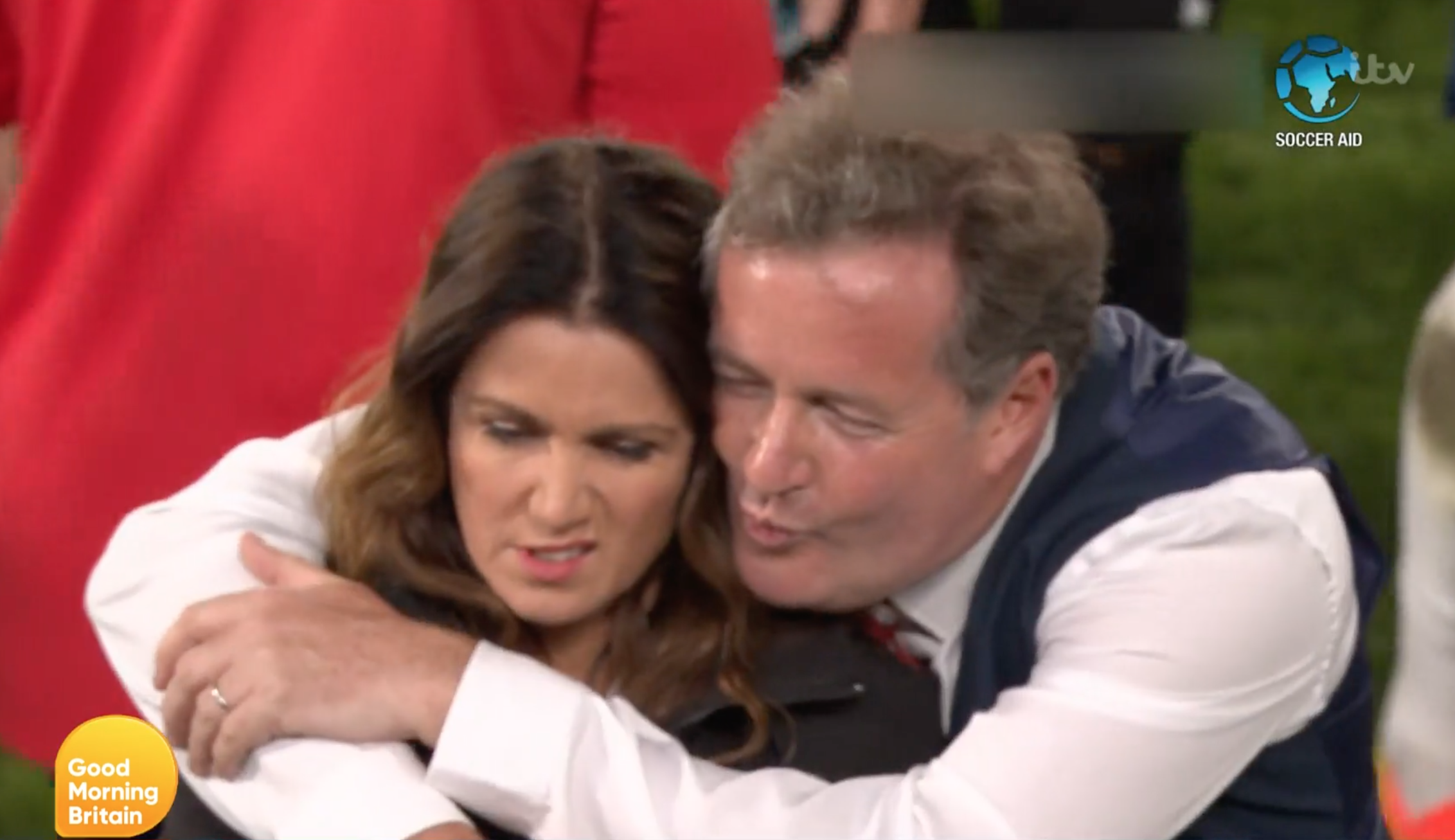 Celebrating the charity football event's launch today, Susanna played out the moment she and Piers went head to head as managers.

The hilarious moment she screamed at him in the press conference was aired, with her co-host today Richard Madeley commenting: "Boy when you get going, you get going don't you? When you let go, you let rip."

Susanna was also seen rolling her eyes as Piers cuddled her from behind and gave her a patronising air kiss after his team won.

But fans will disappointed their reunion wasn't live on Good Morning Britain, after Piers – who quit in March – revealed bosses have asked him to come back. 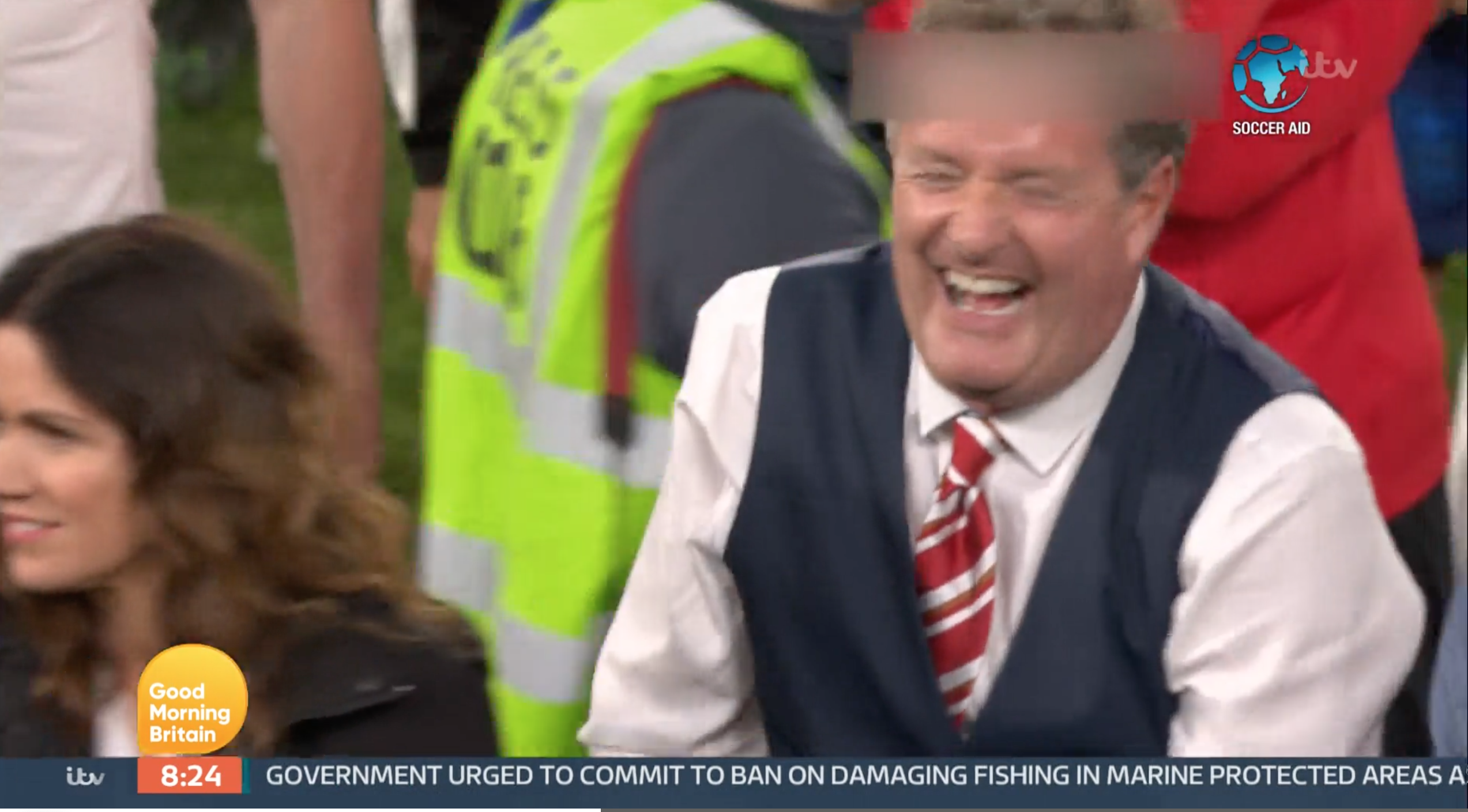 It was revealed this week that Wayne Rooney will make his playing comeback to SoccerAid.

The Derby manager, 35, was part of the England coaching team in last year's match as fans raised a record £9.3million for Unicef.

Jamaican sprint legend Usain Bolt is signed up to the World XI side with Roberto Carlos and Patrice Evra. 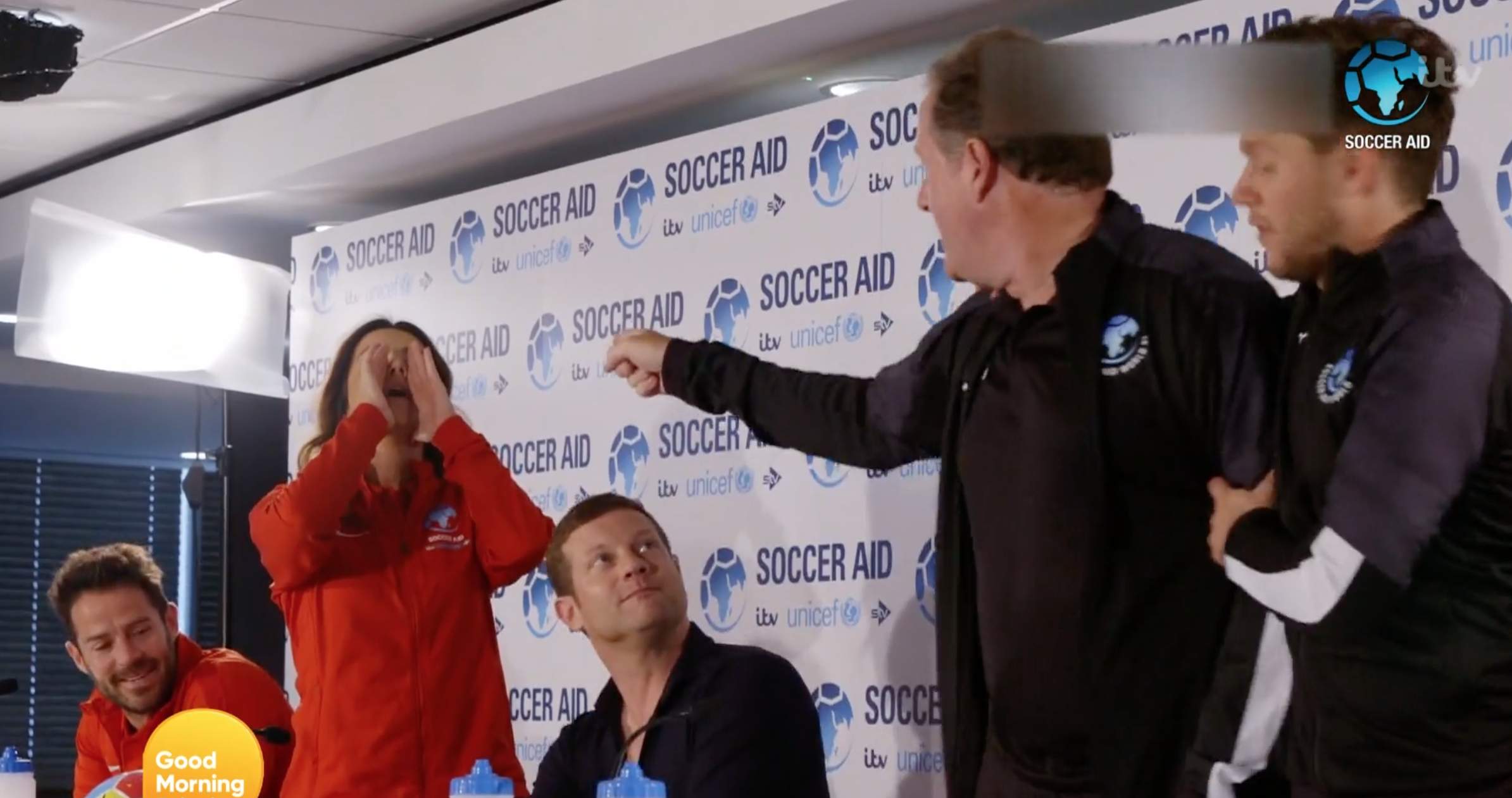 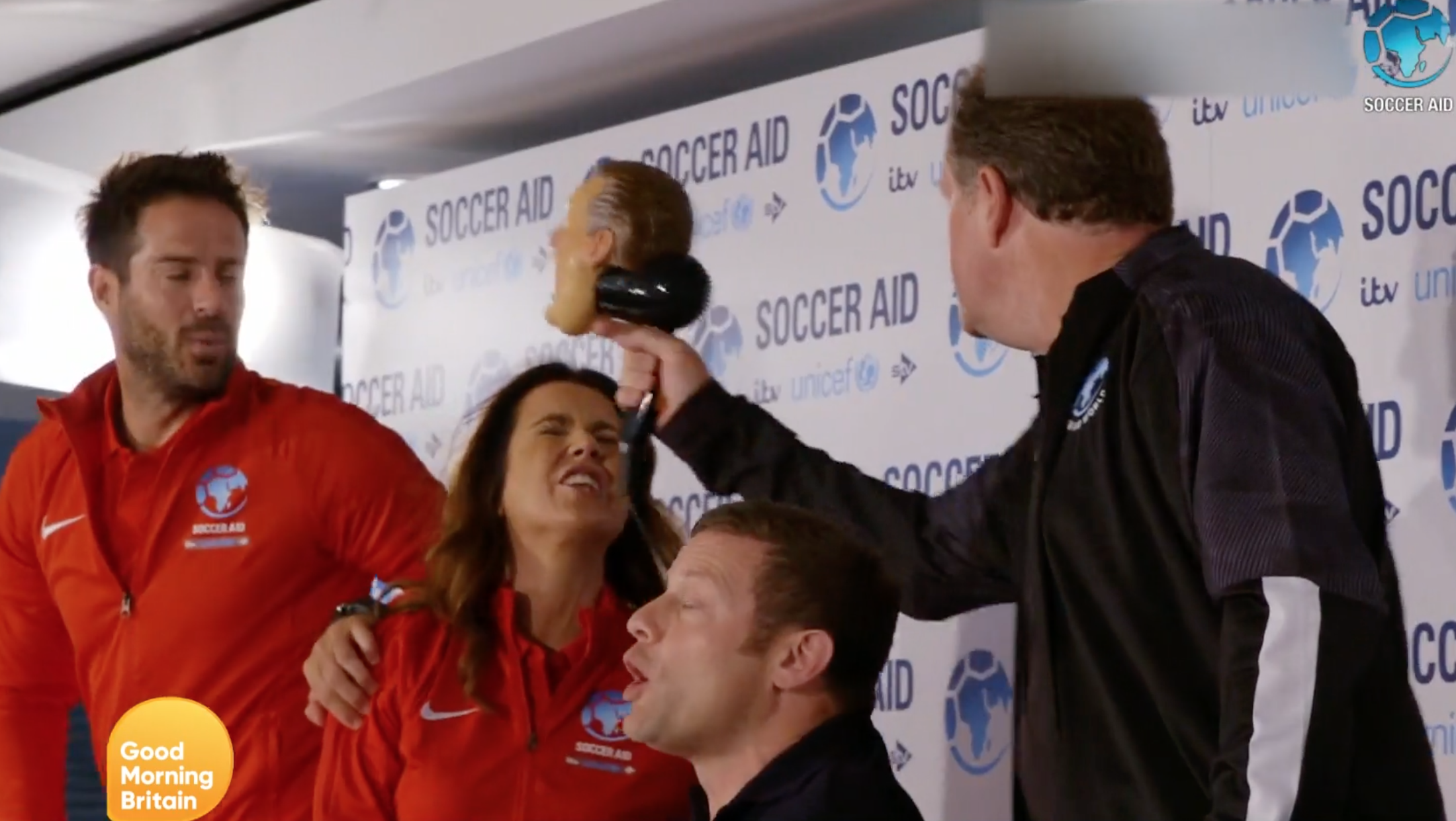 Harry Redknapp is on board to manage with Micah Richards and David Seaman among the England backroom team.

Alex Scott and Maya Jama are also signed up to provide the analysis alongside presenter Dermot O'Leary.

It will be the tenth edition of Soccer Aid with over £47million raised through the charity series so far, a point recognised by former defender Neville.