PETER Andre has revealed he wants son Junior to do Strictly – but he's banned him from Love Island.

The singer and presenter, 47, would also love to see his daughter Princess, 12, compete for the glitterball trophy. 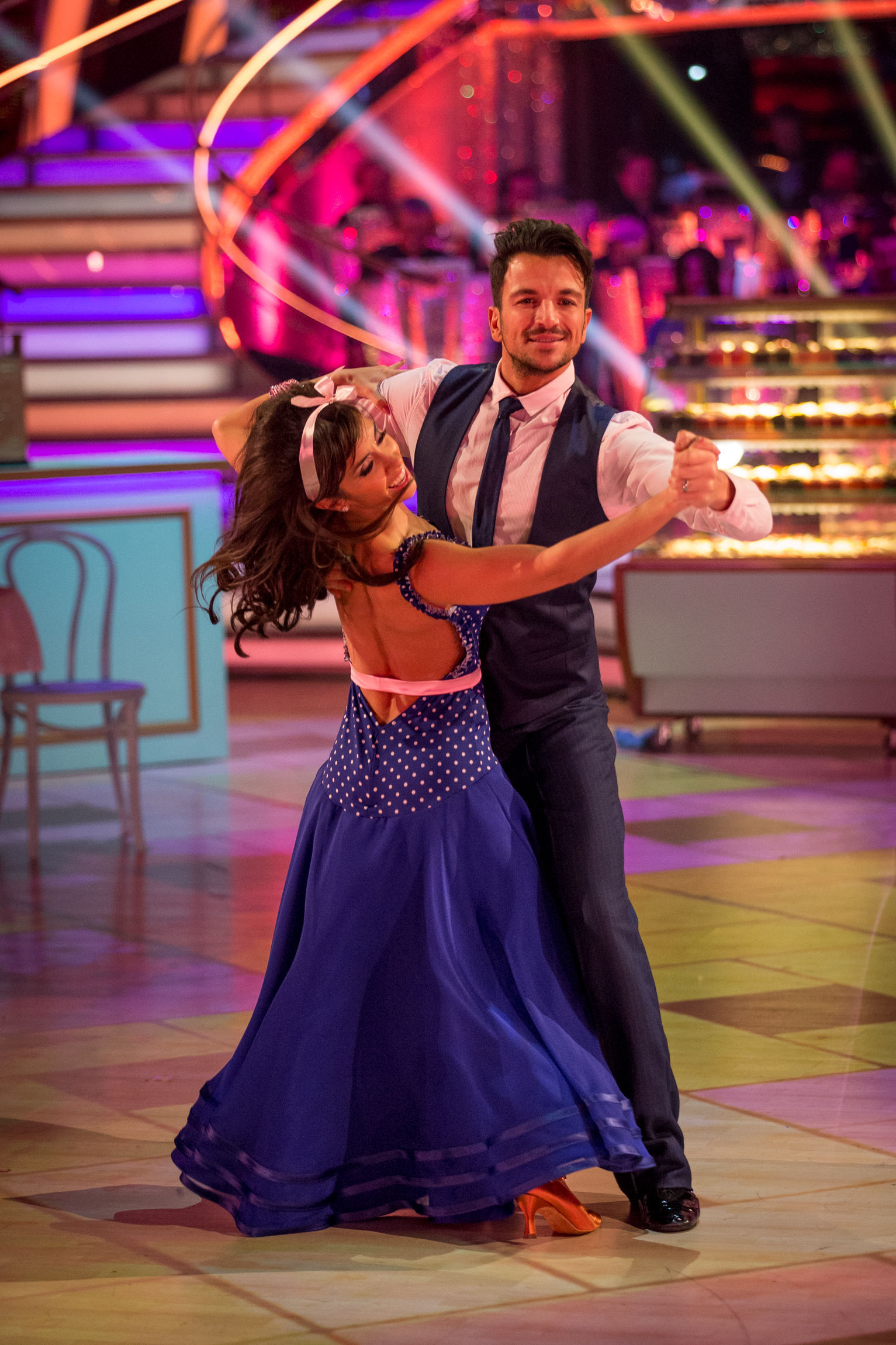 He wrote in his OK! column: "Gordon Ramsay’s daughter Tilly is said to be in talks to take part in Strictly Come Dancing.

"I think it’d be a really good show for Bista or Junior to do, because you actually learn a skill."

Peter took part in the 2015 series where he was partnered with Janette Manrara.

They were voted off ninth, with the show eventually won by Jay McGuinness. 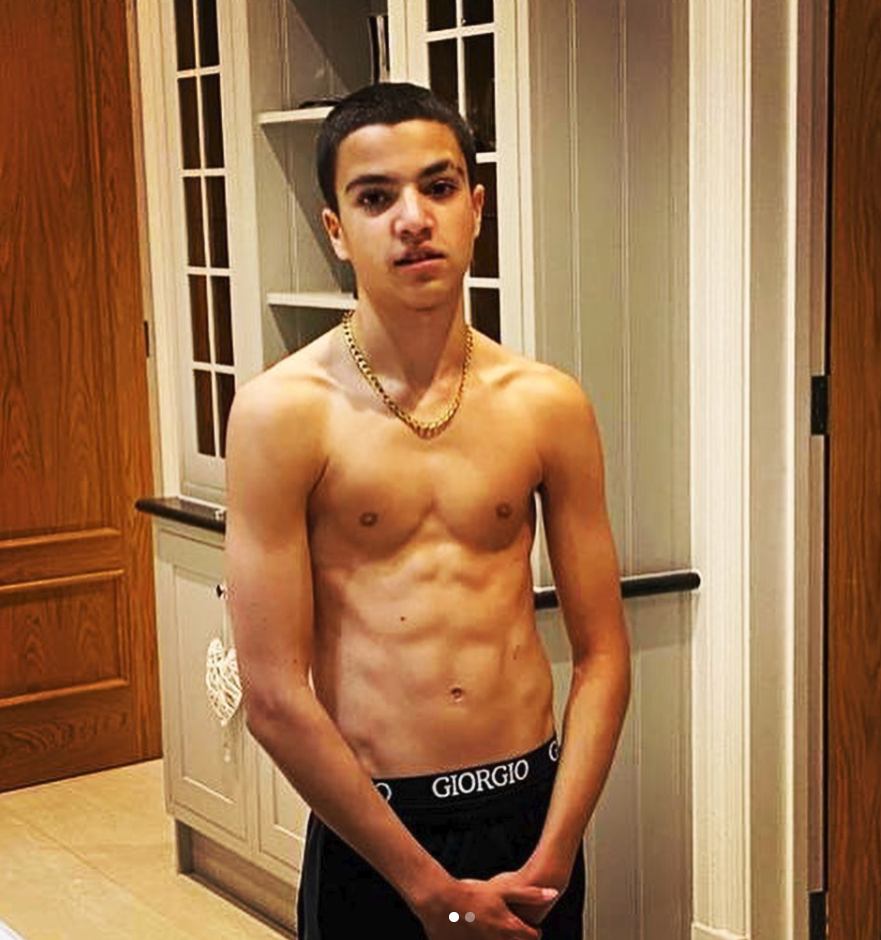 Pete is less enthusiastic when it comes to his family competing on Love Island when they're older.

He wrote: "As you know, I like watching shows like Love Island, but it’s not something I’d want my kids to do.

"I said to Junior, 'If you want to do a show like that, be the presenter. I just don’t want you to be a contestant."

Earlier this week Junior, 14, showed off his abs and looked just like his dad in the Mysterious Girl video.

Peter shot to fame in the UK with the No1 smash hit song, with his impressive torso in the iconic music video wowing a generation of fans. 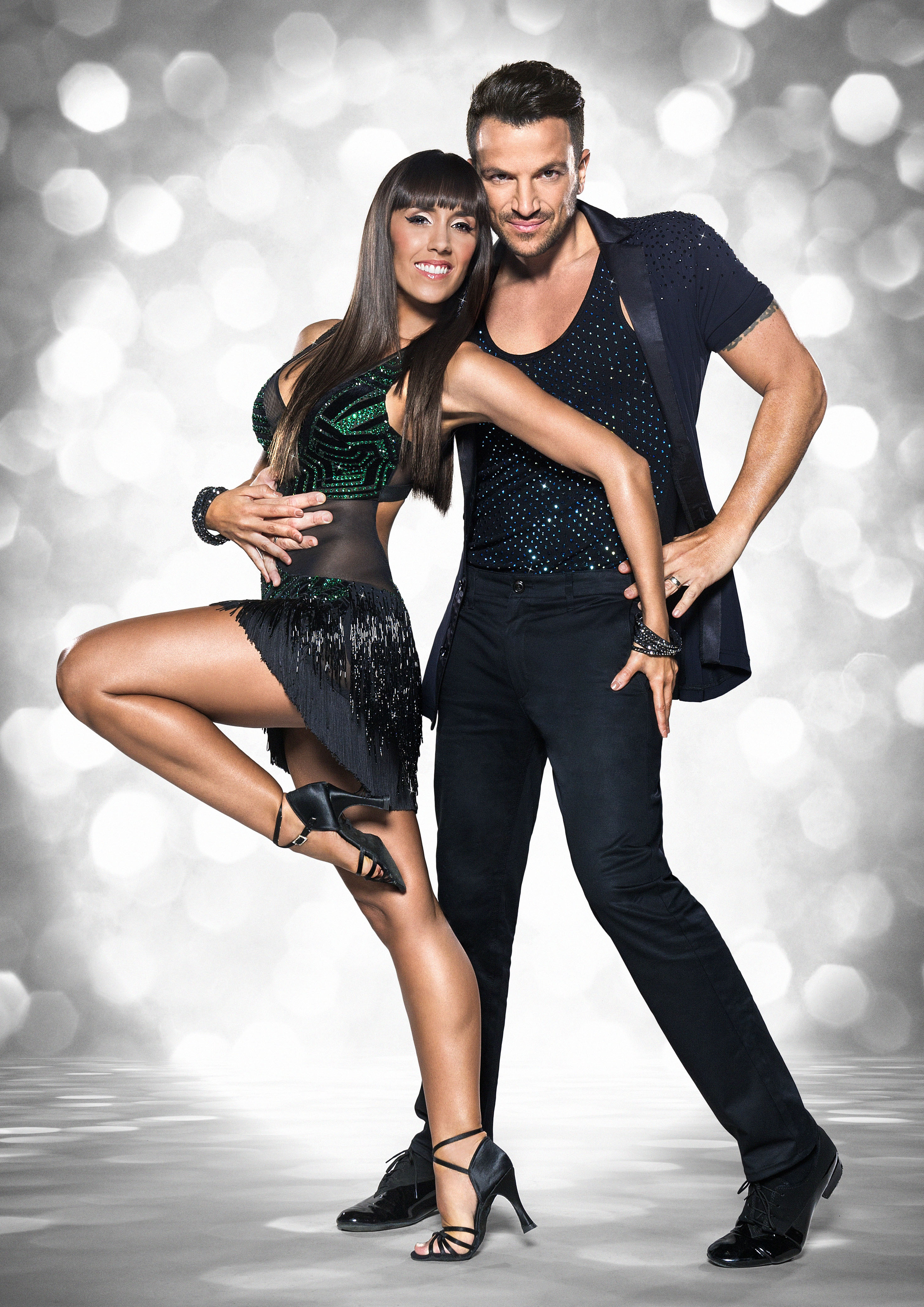 And 14-year-old Junior revealed he is well on his way to beating his famous dad in the muscle stakes after sharing his latest snap on Instagram.

He captioned his photo taken at home: "Been gyming quite a bit lately. I’m no where near to what I wanna be, but I’m getting closer n closer… Y am I so like mowgli from the jungle book [sic]."

His mum's ex Kieran Hayler, who is a personal trainer, commented beneath the post: "Yes junior 💪💪💪💪"

When Peter was aged 14, he was taking part in dancing competitions in Australia and by the age of 16 he had been signed to a record label. 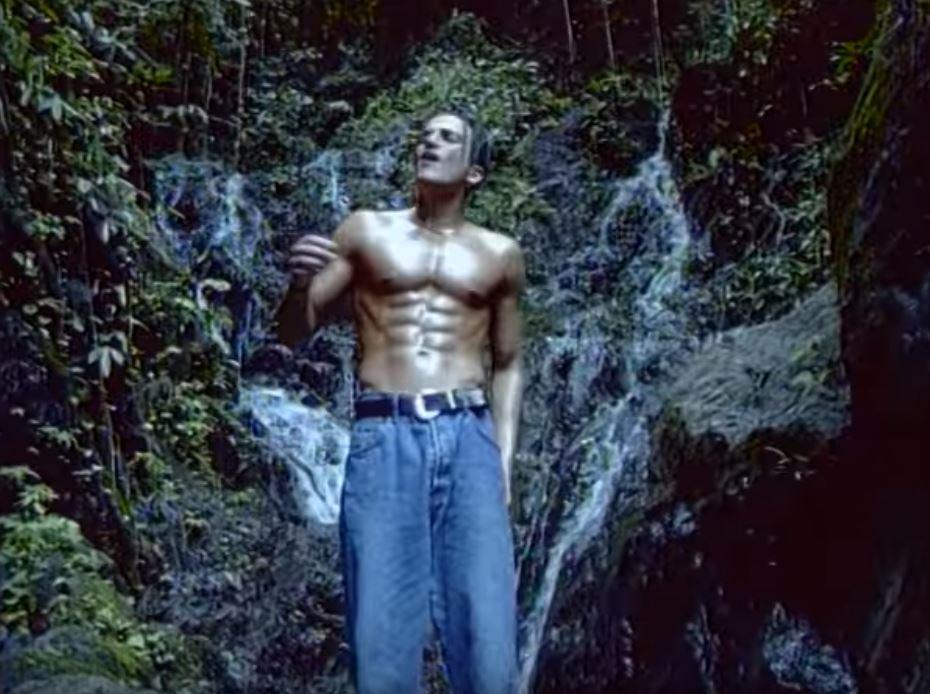 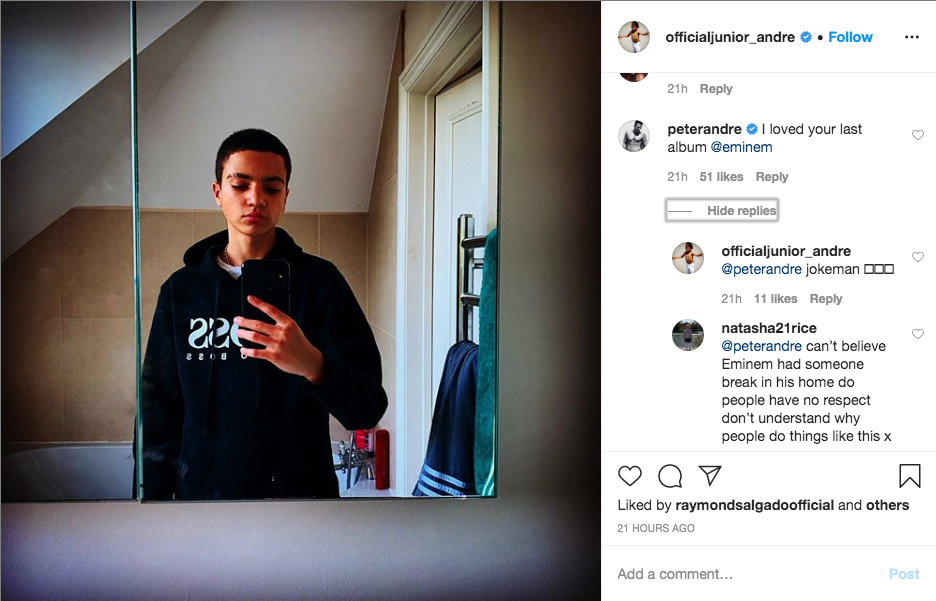 Junior was missing his dad's famous dreadlocks in the photo and kept his hair closely shaven, with his dad previously comparing his son to Eminem because of the look.

Peter is proving to be a typical dad as he embarrasses his child on social media.

The dad-of-four couldn’t resist poking fun at his eldest son on Instagram after the teen posted a moody snap of him looking in the bathroom mirror.

He wrote next to his son’s photo: “I loved your last album @eminem” 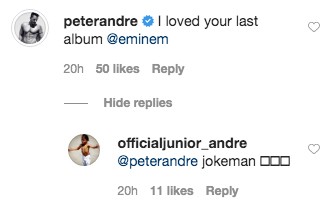 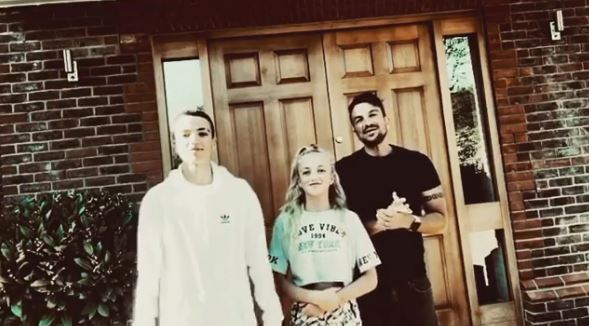 Pete also shared a video of Junior rapping along to a track in his kitchen tonight, despairing: "What is he doing?"

Then, pointing out a pink case that had been strewn on the floor, he asked, in true exasperated-dad fashion: "And why is this on the floor?"

In the background Junior is seen swinging his arm to US rapper Logic singing: "Double homicide, kill the beat and the verses, everybody livin' on the surface."

Peter, perhaps disappointed his son wasn't reciting the lyrics to his No1 hit Mysterious Girl, shouted over at him in bewilderment. 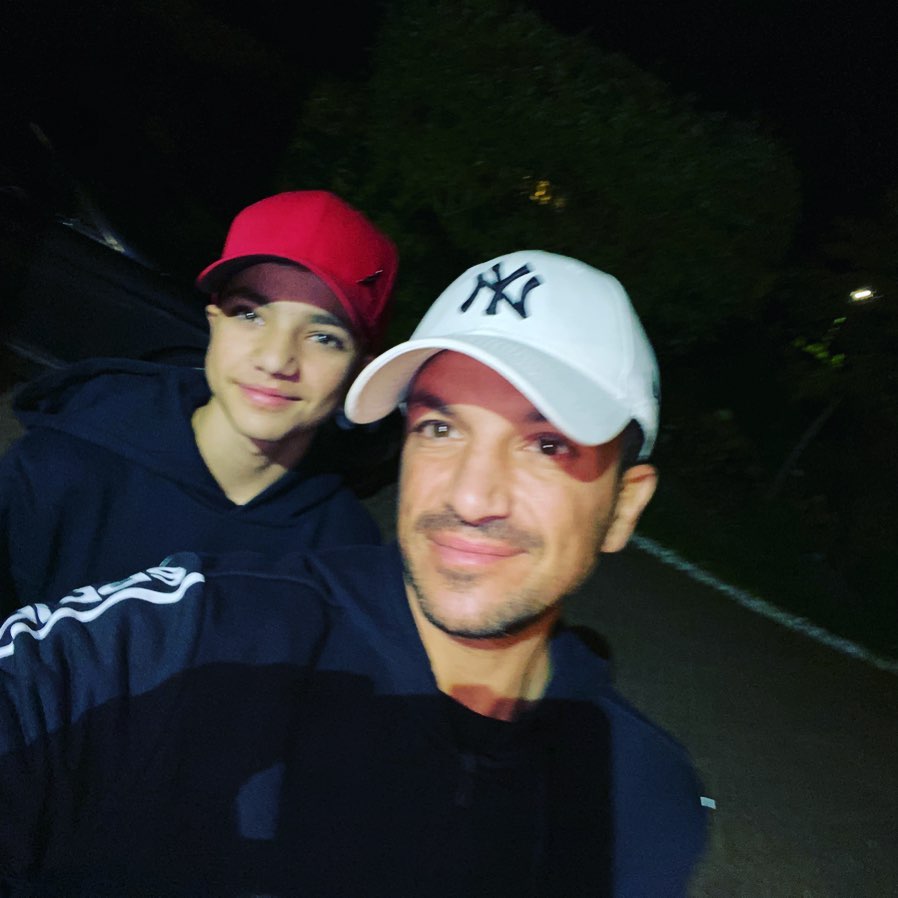 The singer has been running around after his children at their Surrey home for weeks now as wife Emily works on the NHS front line as a junior doctor.

And it's a full house at the moment with Junior and Princess – his children with ex-wife Katie Price, staying at his alongside Amelia, six, and Theo, three – his kids with Emily.

He has often posted videos of him cleaning the place up, recently sharing Stacey Solomon-style before-and-after videos of the mess and his home looking gleaming afterwards.

Related posts:
How to bulk delete all your old Facebook posts
How COVID-19 Is Giving Us a Frightening Preview of a Post-Roe World
Popular News
Camila Mendes, Madelaine Petsch & More ‘Riverdale’ Stars Looking Sexy AF In Bikinis
16/07/2020
Man Utd wonderkid Ramon Calliste, called ‘the next Giggs’, now owns luxury watch business and makes £5m a year – The Sun
26/03/2020
Megan Thee Stallion Addresses Criticism Over Twerking: ‘I Love to Shake My A**’
26/03/2020
Police guard shops to stop coronavirus panic-buyers and enforce social distancing – The Sun
26/03/2020
Coronavirus: Good Morning Britain’s Dr Hilary reveals ‘game-changing’ self-testing kit
26/03/2020
Recent Posts
This website uses cookies to improve your user experience and to provide you with advertisements that are relevant to your interests. By continuing to browse the site you are agreeing to our use of cookies.Ok