Peaky Blinders made a dramatic entrance to screens all the way back in 2013, where the Shelby family were introduced to BBC viewers. The gang were soon rattled when a new sense of law and order appeared in the city, headed up by Inspector Campbell (played by Sam Neill). However, one viewer has now spotted an error with the character’s arrival in Birmingham back in episode one, due to the fact a board in the background can be seen with dates from years after the show is set, while he makes a bold speech.

Last season saw Tommy Shelby (Cillian Murphy) look to take his own life after being haunted by visions of his late wife Grace Shelby (Annabelle Wallis).

While his fate remains unknown, long-term fans will remember how Grace initially lied about her true identity to Tommy.

Of the orders of Inspector Campbell, Grace got close to the ringleader and the pair soon started a romance.

Later on, in the season it became clear who Grace was working for, however, something else caught the attention of a fan earlier on in the season. 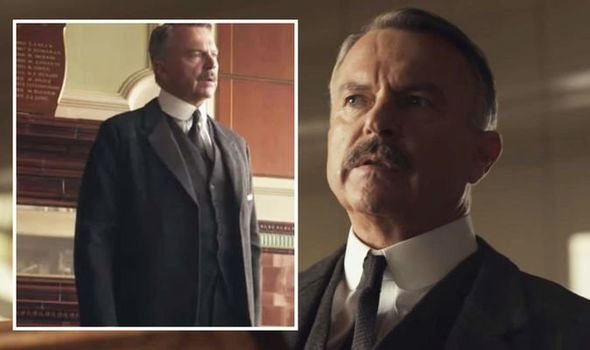 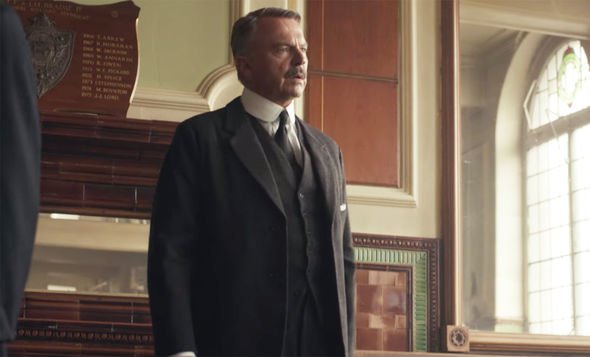 One eagle-eyed viewer of the show has spotted an error with the Inspector during a pivotal scene.

And in the first episode of the programme, Inspector Campbell travels to Birmingham on behalf of Prime Minister Winston Churchill.

The Royal Irish Constabulary member was given the task of locating and recovering the missing consignment of guns from the Birmingham Small Arms Company factory.

When he arrives, it’s not long before he tries to make his mark on his new team and launches into an attack. 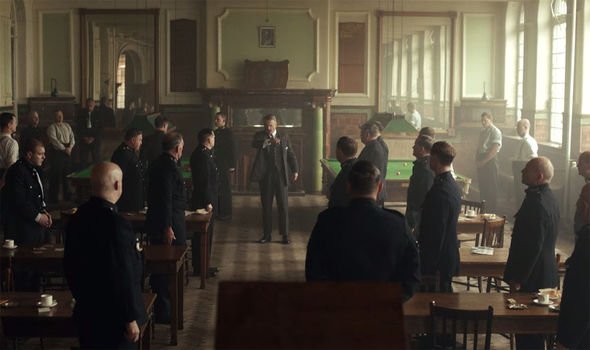 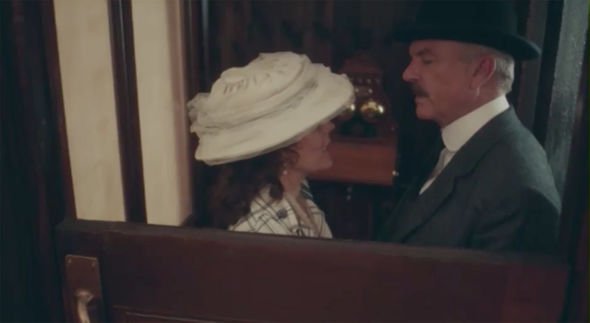 He warns the officers against any further bribes against the notorious gang and criticises them in a damning speech in episode one.

However, fans of the show have spotted a glaring error during the speech, which exposes a more modern setting.

On online forum MovieMistakes.com, one viewer pointed out an error in the show’s very first episode.

They explained: “When Inspector Campbell is making his speech to the officers, the board behind him has dates ranging from 1979 onward.”

Of course, the first season is set just after the First World War has ended in 1919.

But there are often continuity errors during filming which can be spotted throughout the series.

Later on, in season one, the police officer tried to persuade Grace to marry him but she already had her heart set on Tommy.

This led to a further vendetta against Tommy from the dodgy officer and he continued to seek revenge even after Grace had fled the city.

He was eventually killed off by Aunt Polly Gary (Helen McCrory) in the last episode of season two after countless betrayals of the Peaky Blinders.

Later on, Grace made her return and she finally married Tommy after fleeing her husband in America.

However, their happiness was short-lived and she was shot in season three, leaving Tommy distraught.

Now, fans are waiting to see whether Tommy will have joined her in death, or will have made it out alive.

Peaky Blinders seasons 1-5 can be streamed on Netflix now.