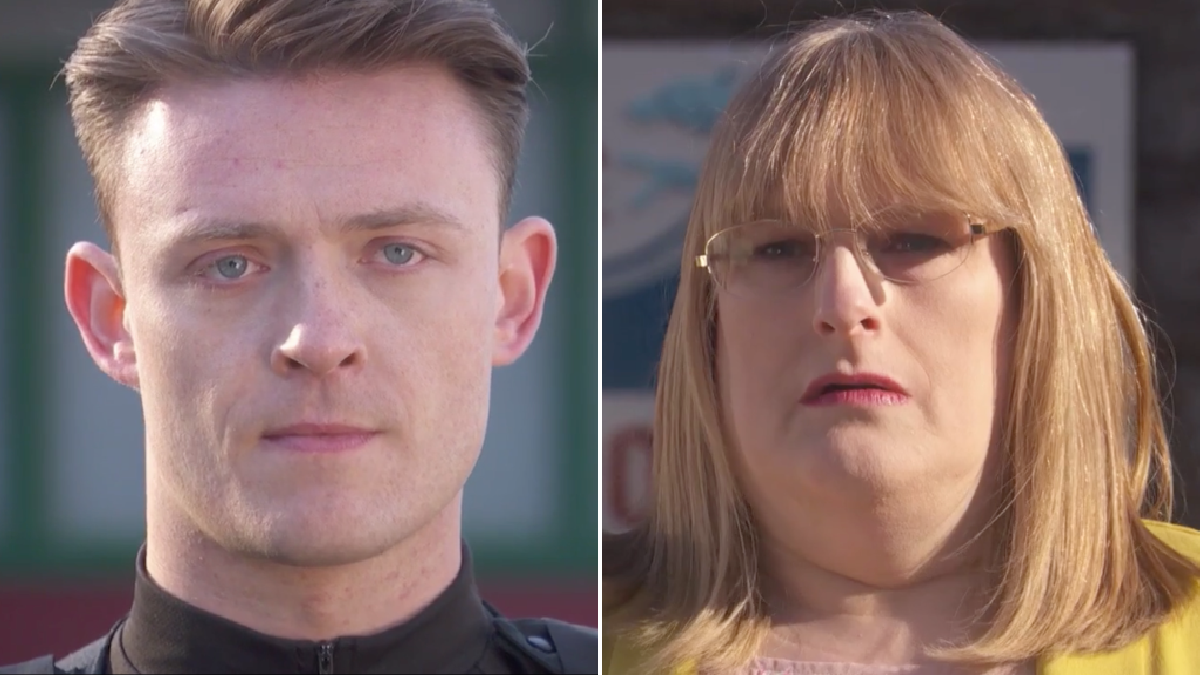 Hollyoaks’ Sally St Claire (Annie Wallace) realised she had made a grave mistake in trusting PC Smith (Callum Lill), after the policeman double-crossed her.

Sally is desperate to get John Paul McQueen (James Sutton) out of prison, after he confessed to murdering George Kiss (Callum Kerr), in spite of the fact that it was she who did so.

The head teacher even confessed to her crime, but DS Cohen (Ariana Fraval) refused to believe her, given that there’s no proof to back up her claims of violence.

She ultimately attempted to re-enact the murder in the hopes of securing video evidence to prove she is the killer, but when that plan failed, she was left with little choice but to trust Smith, as she hoped his desire for justice would result in him assisting her in her mission to incriminate herself.

PC Smith, upon learning that it was Sally who murdered George, agreed to help, and tonight’s edition of the Channel 4 soap saw the bent copper ask for a sample of her blood.

Sally complied, as she handed over a vial containing her blood, as Smith revealed that he was going to plant it on George’s clothes, which would place her at the scene of the murder.

Sally was delighted, hoping that she could now get John Paul out of prison. What she hadn’t bargained for, however, was PC Smith double-crossing her!

Yes, the shady policeman later arrived at The Dog to arrest her, but he made it quite clear that she would be joining her son in prison!

In other words, both Sally and John Paul will be behind bars for the crime!