The Starz series, which centres on Claire Randall (played by Caitriona Balfe) falling for highlander Jamie Fraser (Sam Heughan) when she travels back in time to the 18th Century, features a fair amount of sex scenes. Both Caitriona and Sam have previously spoken about how they put protocols in place to ensure they were protected and respected on set. However, Lord John Grey star David Berry, has opened up about how he “dreaded” his first sex scene.

The actor, who hosts Outlander spin-off podcast Outcasts alongside co-star Tim Downie, explained he felt a sense of “dread” when he read the nudity clause of his contract.

It was here that he met Jamie and the pair became friends. However, it was clear Lord John felt more than just friendship for Jamie.

He was completely in love with Jamie but due to the time period, he kept his sexuality hidden. 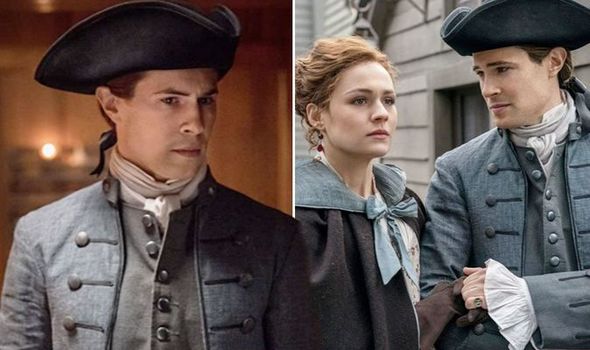 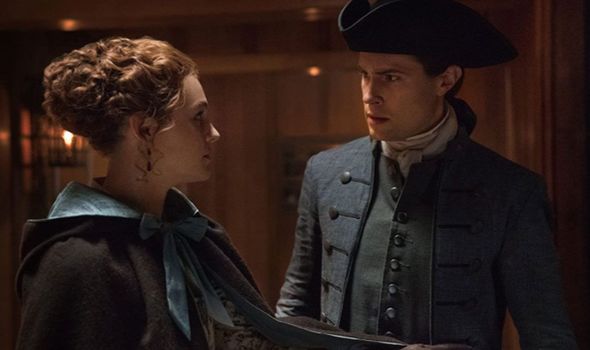 Instead, he admired the highlander from afar, particularly when he became guardian of Jamie’s illegitimate son William.

Lord John and his wife Isobel Dunsany (Tanya Reynolds) adopted the boy when his mother died and Jamie was unable to reveal he was William’s father.

Ever since, Lord John and Jamie have played a big role in each other’s lives with the governor even becoming close to Claire.

However, in more recent seasons, Lord John has made his sexuality known to those closest to him and in season four, his first sex scene was written in. 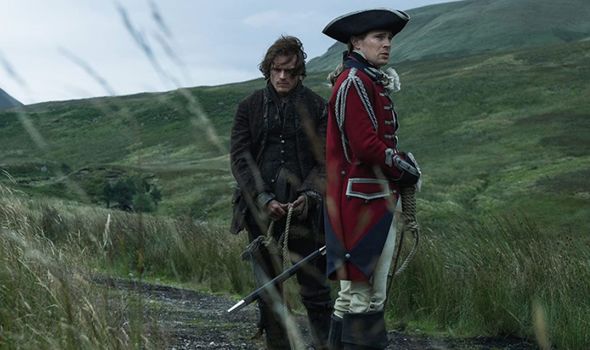 Speaking of how he felt about being naked on the show, actor David recalled on Outcasts: “One of the things I received with dread when I signed the outlander contract was the ‘And here is your nudity clause.’

“I was like, ‘Oh jeez’ I’ve never signed one of these and I’m not quite sure if I’m ready to.

“But I was always holding out and thinking, ‘Any moment they are going to write a sex scene for me. At some point it is going to happen. It is Outlander.’

“One of the first things people mention when they mention Outlander is sex scenes. They are kind of synonymous.

“And it did get written in at one point, I think it was in season four.”

This was the only time David has had to film an intimate scene like that and he has previously spoken about how “awkward” he found it.

Speaking to news.com.au earlier this year, David dished: “I haven’t really had to do much of them so I don’t want to speak on their behalf, I’ve only had to do one, and I guess that was a little bit awkward.

“The gentleman’s name was Andrew … We’d only just met and we had to negotiate who was doing what, and where, and how much noise there would be in terms of grunting.

“You don’t want to oversell it or underplay it, you just have to commit to it at that moment on set.”

David explained to try and get rid of any tension, he tried “speed dating” his co-star, detailing: “What I attempted to do, we asked a few questions to each other in a speed dating thing, and then we had to get into it.

“For Sam and Cat, they’re very experienced. They’ve been doing it for five years.

“If it’s someone there for the day, it’s going to be (a bit awkward) but I’ve done them before in other things, but in this age of growing awareness with #MeToo, relating to intimate scenes, people are trying to be more discretionary and sensitive to actors when they come to set.”

Related posts:
Sacha Baron Cohen Feared For His Life Doing This
How Mira Nair Inspired ‘Yellow Rose’ Director Diane Paragas to Keep Going
Popular News
Warner Bros. U.K. Boss Josh Berger Steps Down After 30 Years With Studio
29/10/2020
Man Utd wonderkid Ramon Calliste, called ‘the next Giggs’, now owns luxury watch business and makes £5m a year – The Sun
26/03/2020
Megan Thee Stallion Addresses Criticism Over Twerking: ‘I Love to Shake My A**’
26/03/2020
Police guard shops to stop coronavirus panic-buyers and enforce social distancing – The Sun
26/03/2020
Coronavirus: Good Morning Britain’s Dr Hilary reveals ‘game-changing’ self-testing kit
26/03/2020
Recent Posts
This website uses cookies to improve your user experience and to provide you with advertisements that are relevant to your interests. By continuing to browse the site you are agreeing to our use of cookies.Ok