NICOLE Scherzinger showed off her curves in a strapless bikini as she posed on a bed "watching the sunset from heaven".

The Pussycat Doll, 42, stretched out on a luxury sunbed as the last of the sun faded on the horizon as boyfriend Thom Evans captured the magical moment. 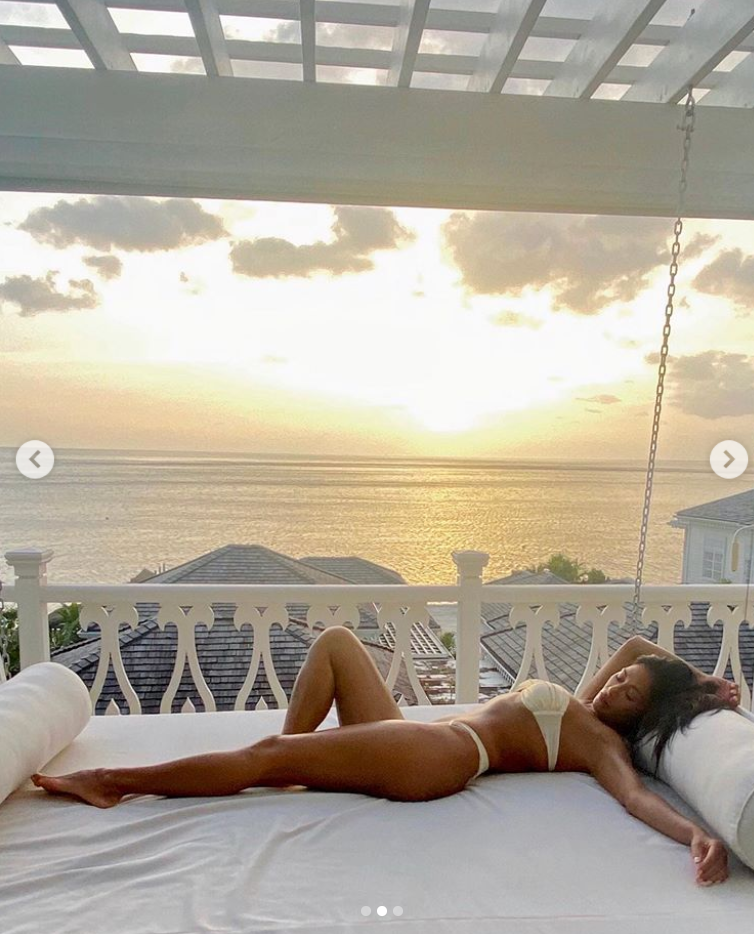 Nicole's bed looked over the rooftops of St Lucia and her bikini matched the colour of the sky, as she rested her head on luxury cushion creating the perfect picture.

Orange Is The Black star Laverne Cox wrote beneath her photos: " Live your life Ms. Scherzinger" 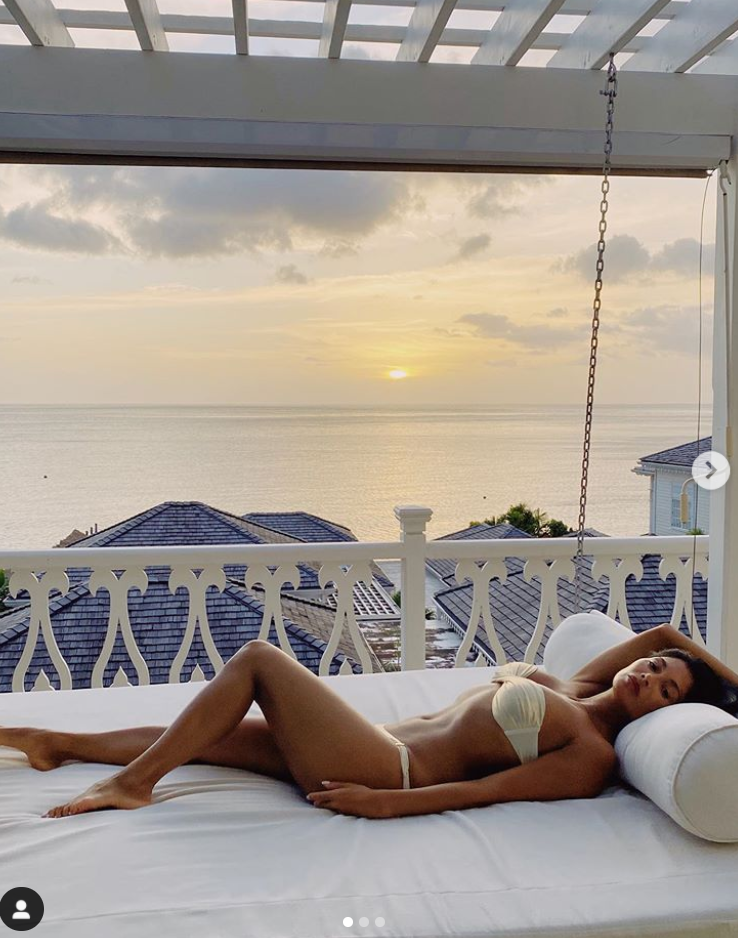 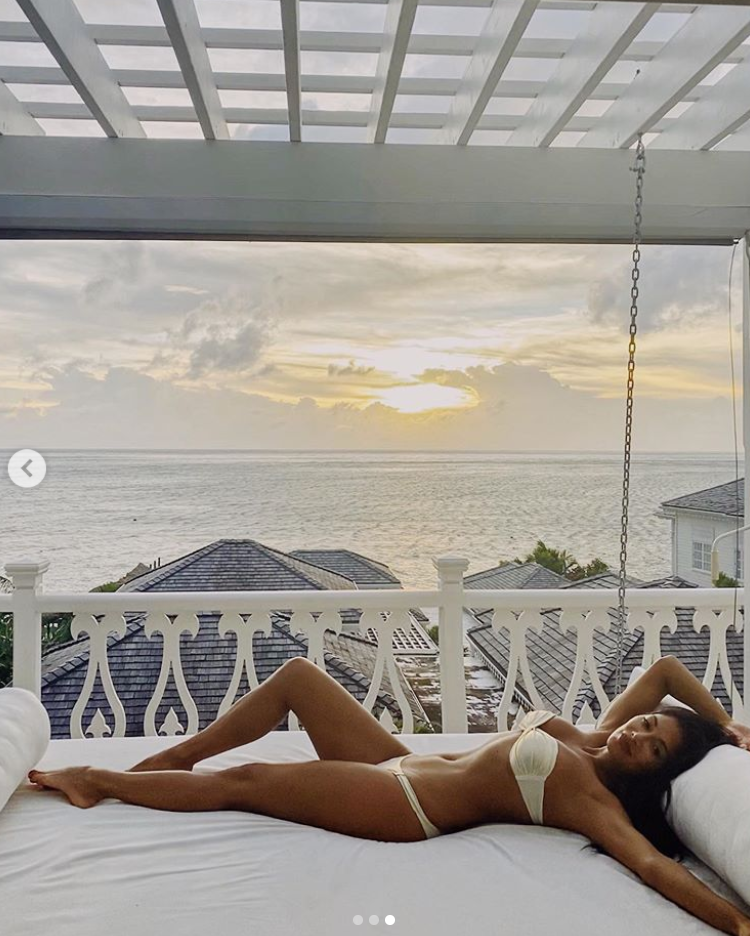 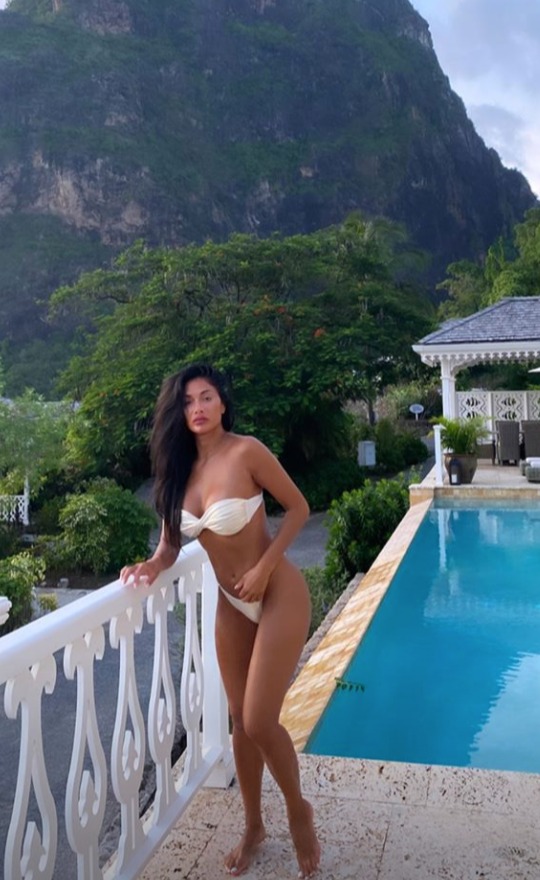 Yesterday, Nicole looked just as incredible as she lifted her paddle above her head in front of a picturesque mountain.

Her figure was toned and athletic as she got active on her luxury holiday in the Caribbean.

Nicole felt at home on the island comparing it to life growing up in Hawaii.

She posted: "Connecting with the ‘āina and ke kai in St. Lucia #hawaiian #warrior #islandgirl." 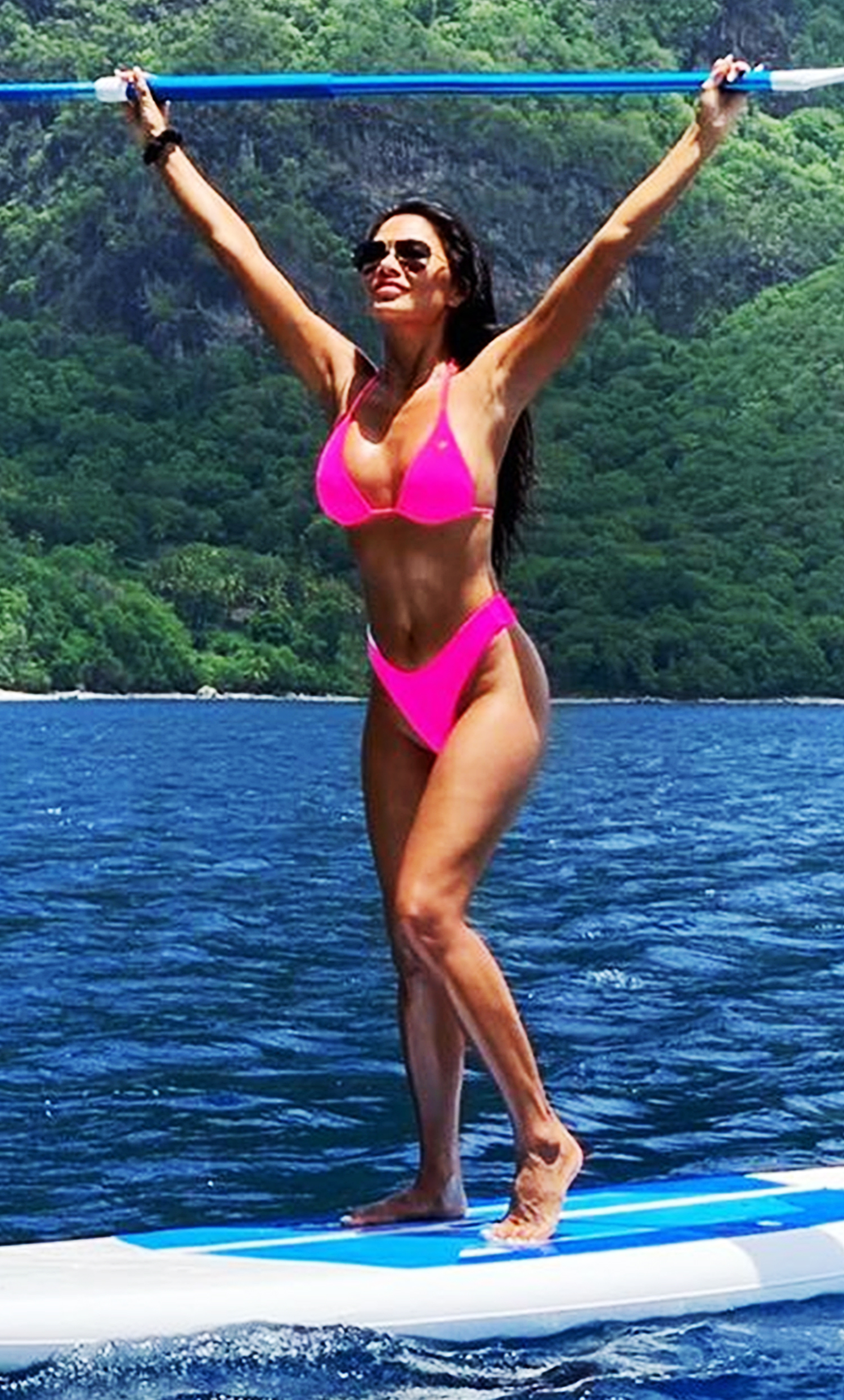 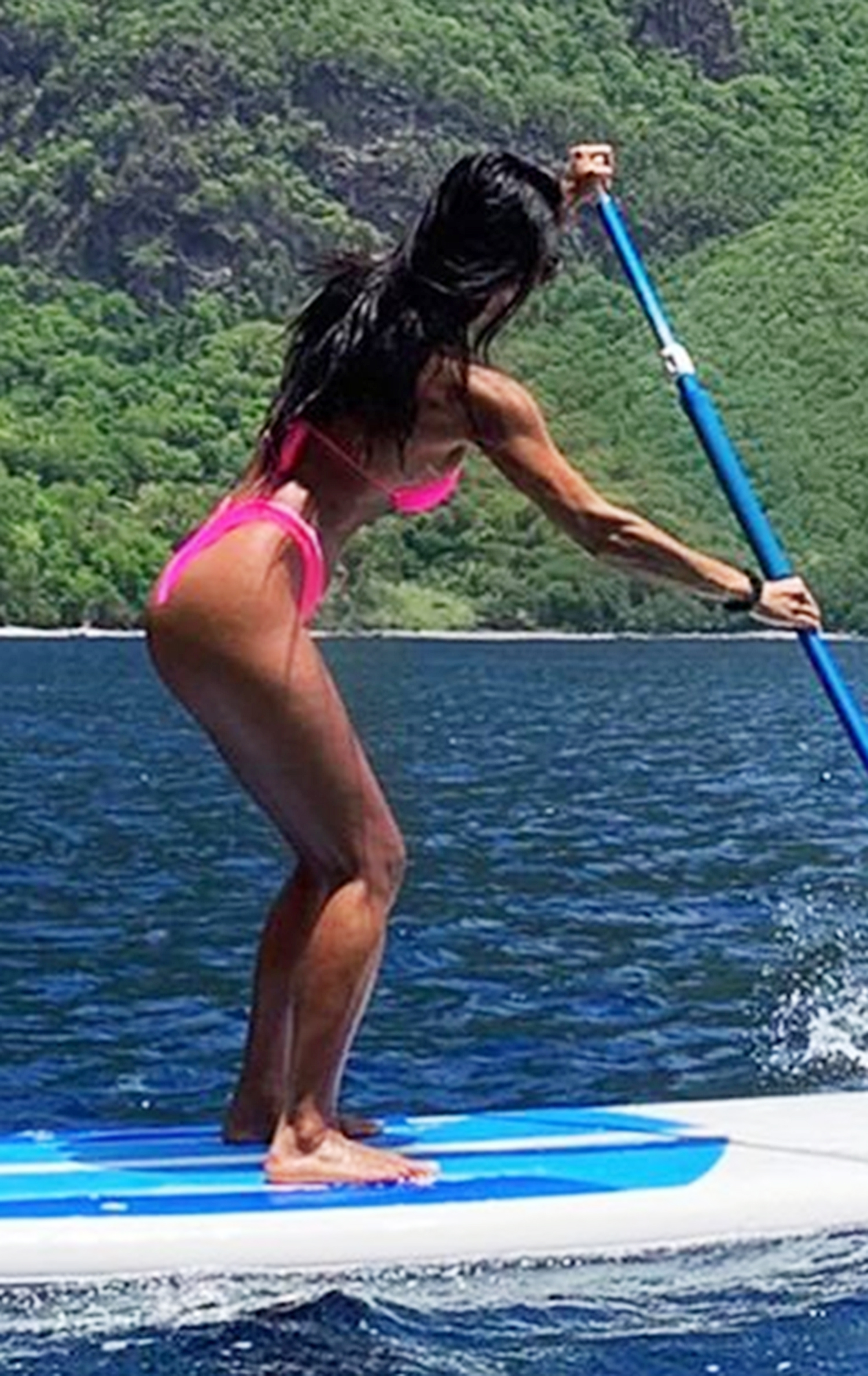 The session on the water comes after Nicole relaxed in a hammock with boyfriend Thom Evans and reflected on their romantic holiday.

The couple enjoyed the views from their coastal resort with Nicole sharing photos of their paradise getaway on Instagram.

They stayed at the "lavishly lush" St. Lucian resort Sugar Beach, in the middle of the stunning UNESCO World Heritage Pitons. 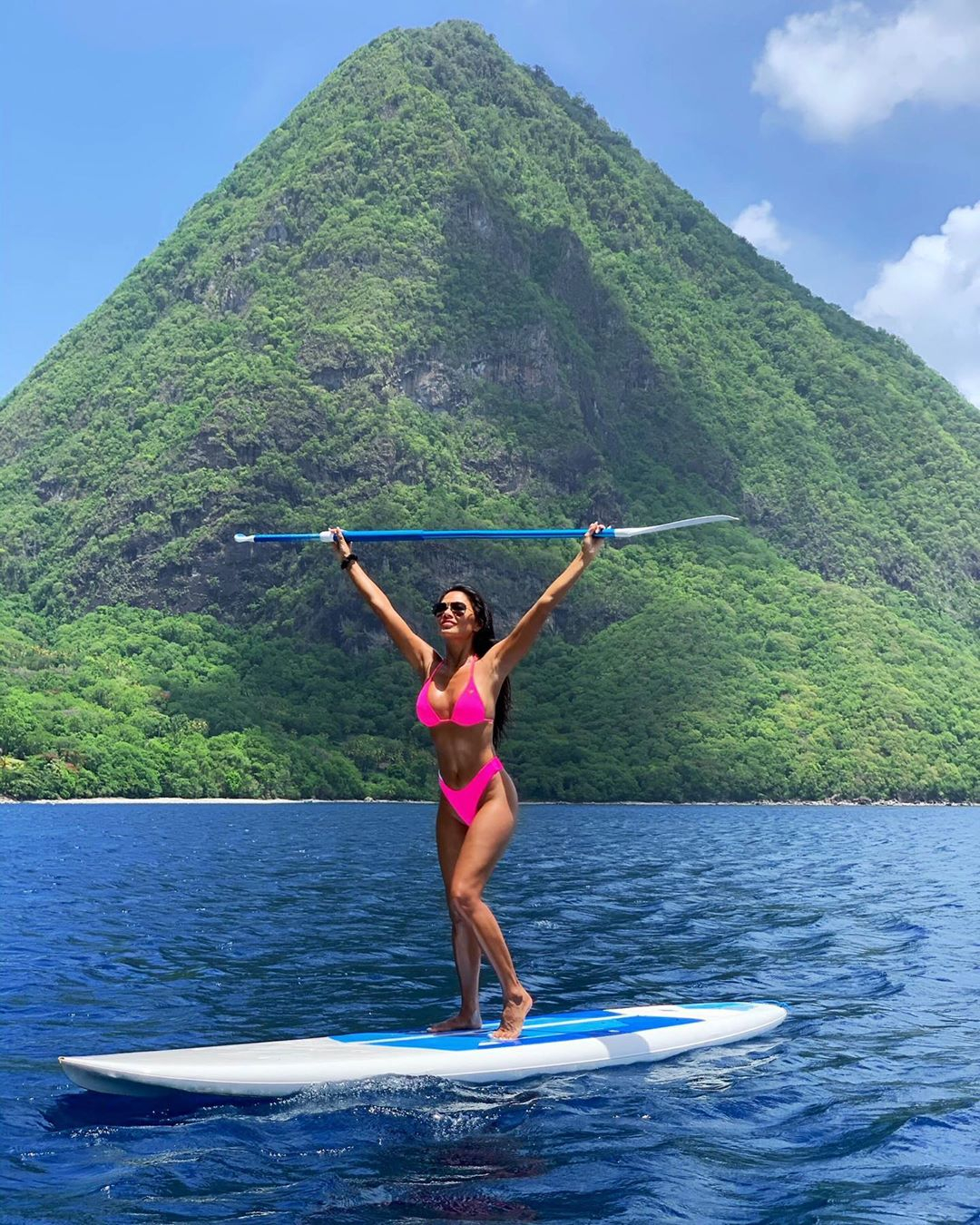 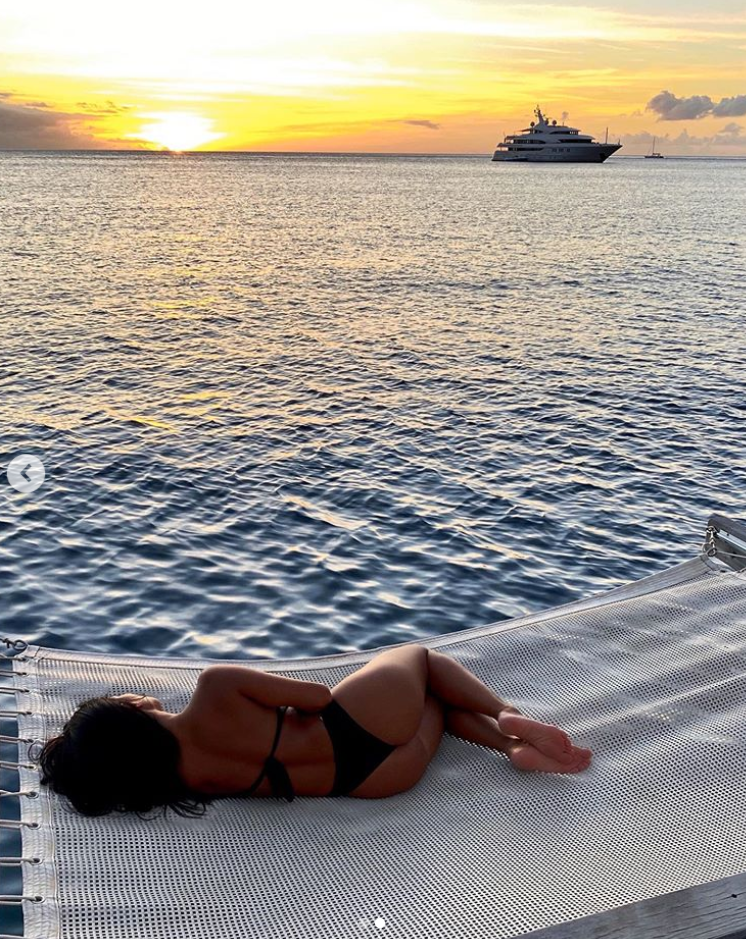 Nicole branded their holiday destination: "Heaven on earth with a cherry on top."

Nicole and Thom are now rumoured to be gearing up to start a family.

They have told pals they are keen to have children — and they are house-hunting in London. 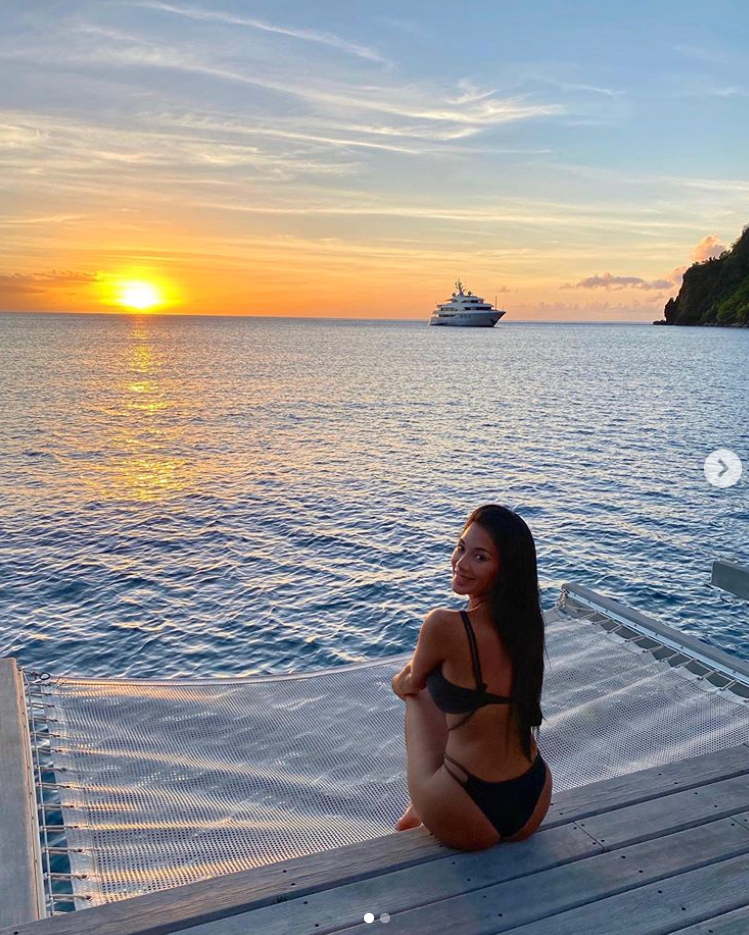 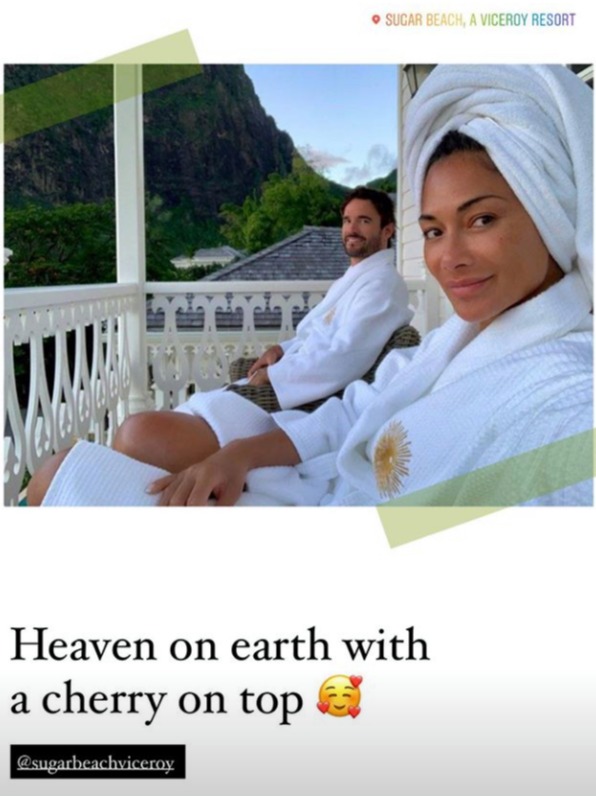 The pair met less than a year ago when Thom took part in Celebrity X Factor.

Nicole was judging on the ITV spin-off, while Thom took part in the telly singing competition in rugby player boy band Try Star. 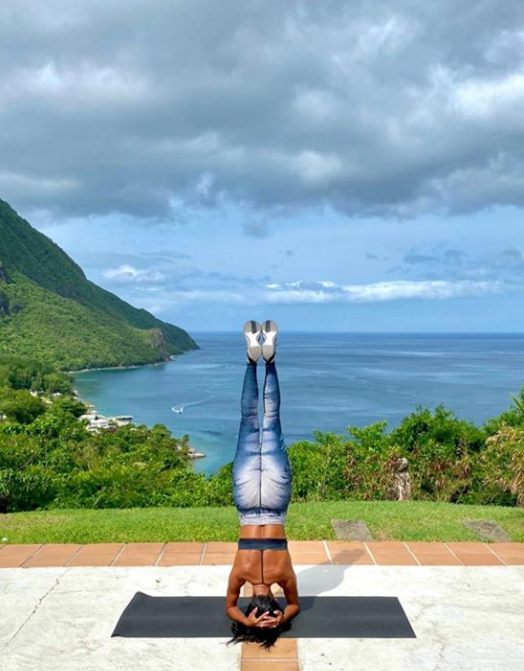 “Nicole and Thom are ridiculously loved-up, and have had serious conversations about everything from marriage to babies.

“No one would be surprised if they had some baby news in the coming months.

“Thom currently lives with his brother and a housemate in London which hardly makes for a romantic love nest. They are looking to buy a house together once lockdown is over.”