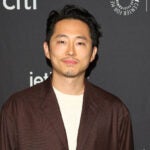 “Get Out” director Jordan Peele wrote the story for what is a “spiritual sequel” to the 1992 film “Candyman,” only for it to return to what is a now gentrified neighborhood in Chicago where the legend began. Yahya Abdul Mateen II plays a man who wants to investigate the original legend of the monster, daring others to “say his name.”

This latest trailer also incorporates some of DaCosta’s recent short film, a hauntingly beautiful display of paper silhouettes and shadow puppets that went viral online as it animates Domingo’s story in vivid detail.

Check out the trailer here and above.