Jack Sloane (played by Maria Bello) has proved herself to be an integral part to the NCIS team for the past three seasons now, establishing close relationships with Gibbs (Mark Harmon), Torres (Wilmer Valderrama) and several others on the show. So when Bello announced her departure earlier this year, the rumour mill went into overdrive as to how exactly Sloane would bow out of the CBS series. And now, a case could be made she may not be the only to say her goodbyes.

Forensic psychologist Sloane made her debut on NCIS way back in season 15 when she found herself calling on Gibbs in the middle of the night to use his phone amid treacherous weather conditions.

Ever since, Sloane and Gibbs’ bond has grown ever stronger, with a potential romance tipped as on the cards by swathes of the fandom.

However, with her exit imminent, this will-they-won’t-they relationship looks like it will finally get a definitive answer.

But Gibbs isn’t the only one who’s bound to be left devastaed by Sloane’s departure as Torres star Valderrama explains his character has also learnt “to lean” on her. 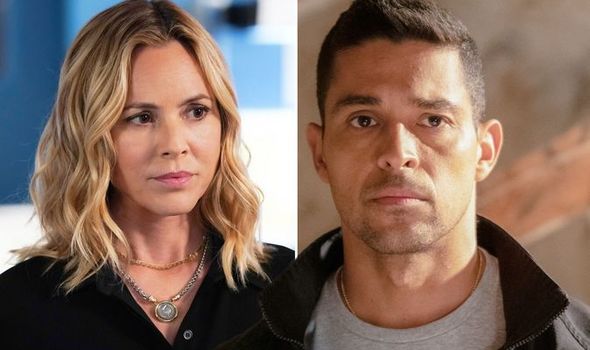 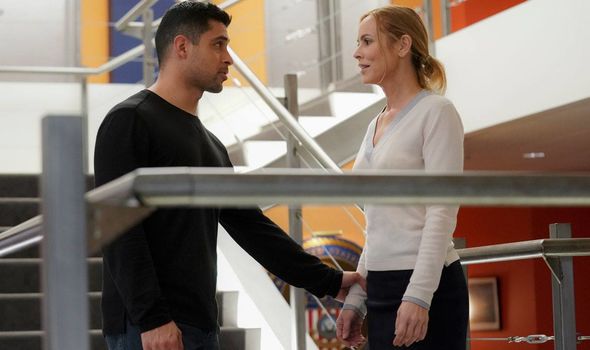 While he’s unaware of the ins and outs of Sloane’s exit, Valderrama has hinted it could have negative repercussions for Torres.

“I will tell you that if that event [Sloane’s exit] really does happen, it’s going to be interesting for Torres,” he said.

The NCIS star continued: “Because he’s learned to lean on them [Sloane and Gibbs] for different things, and he’s learned a lot from them.

“I think you’re going to see a more vulnerable Torres, and he’s not going to like it,” 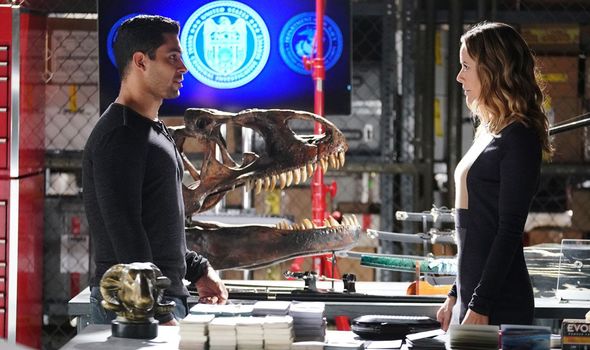 Valderrama added: “Therefore, he may have some triggers.

“That complexity you’re going to see play out for sure,” he told TV Insider.

If these more reckless sides to Torres come to light, could he start acting out of turn and risk his place within the team?

It’s not an unlikely possibility considering how Torres has been moulded by Gibbs over the years into a responsible agent from what he once was.

With Sloane out of the picture and with Gibbs inevitably also struggling to cope with her exit, Torres may find he has no one to keep him on the straight and narrow.

Should his “short temper” affect his work, could Director Vance (Rocky Carroll) take action and see him gone?

It may not even be down to his work that could pave the way for Torres’ farewell.

If this vulnerability is exacerbated by Sloane’s departure, Torres may make the decision himself to leave.

Working as a special agent may no longer be as appealling as it once was to the more vulnerable agent.

However, fans will be hoping Torres sticks around a while longer – especially with a romance with Bishop (Emily Wickersham) seemingly still in the pipeline.

Perhaps Bishop will be the one to keep Torres where he is and rubbish any talks of an exit.

Related posts:
Kourtney Kardashian’s Poosh Virtual Wellness Festival to Offer Self-Guided Hypnosis, In-House Spiritual Coach
Father, 33, Killed After Being Run Over by His Own Van While Trying to Stop Vehicle from Being Stolen
Popular News
Cruise ships can resume sailing in US waters — but no passengers, yet
31/10/2020
Man Utd wonderkid Ramon Calliste, called ‘the next Giggs’, now owns luxury watch business and makes £5m a year – The Sun
26/03/2020
Megan Thee Stallion Addresses Criticism Over Twerking: ‘I Love to Shake My A**’
26/03/2020
Police guard shops to stop coronavirus panic-buyers and enforce social distancing – The Sun
26/03/2020
Coronavirus: Good Morning Britain’s Dr Hilary reveals ‘game-changing’ self-testing kit
26/03/2020
Recent Posts
This website uses cookies to improve your user experience and to provide you with advertisements that are relevant to your interests. By continuing to browse the site you are agreeing to our use of cookies.Ok