Home » TV and Movies » Naga Munchetty cuts off Jenrick in heated unemployment row: ‘How many will lose homes?’

Naga Munchetty cuts off Jenrick in heated unemployment row: ‘How many will lose homes?’

Naga was left frustrated by Secretary of State for Housing, Communities and Local Government, Robert Jenrick who struggled to answer a series of questions on the potential problems surrounding unemployment and housing on BBC Breakfast, with the host consistently interrupting him throughout the interview.

Today, the Bank of England released figures showing 7.5 percent of people could face unemployment by the end of the year.

Housing Secretary Jenrick was probed on the show by Naga in response to the new forecasts and later on was forced to address how many people might face losing their homes.

The BBC Breakfast host asked him: “As Housing Minister, how many people do you expect will lose their homes as a result of this… because they can’t pay their mortgages?”

Mr Jenrick admitted: “There’s no reliable estimate, of that…” with Naga interrupting him, asking: “What is your fear?” 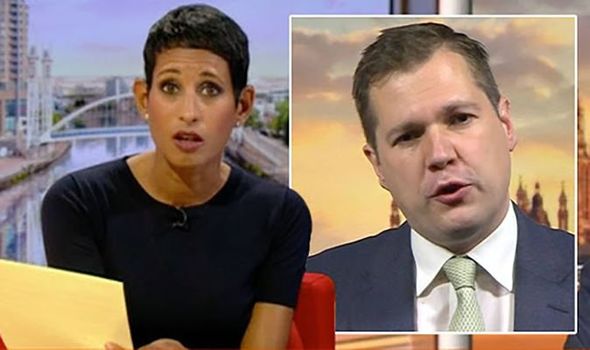