MODERN Family star Ariel Winter showed off her curves in a thong bikini.

The 23-year-old flaunted her impressive body as she hit the beach with boyfriend Luke Benward. 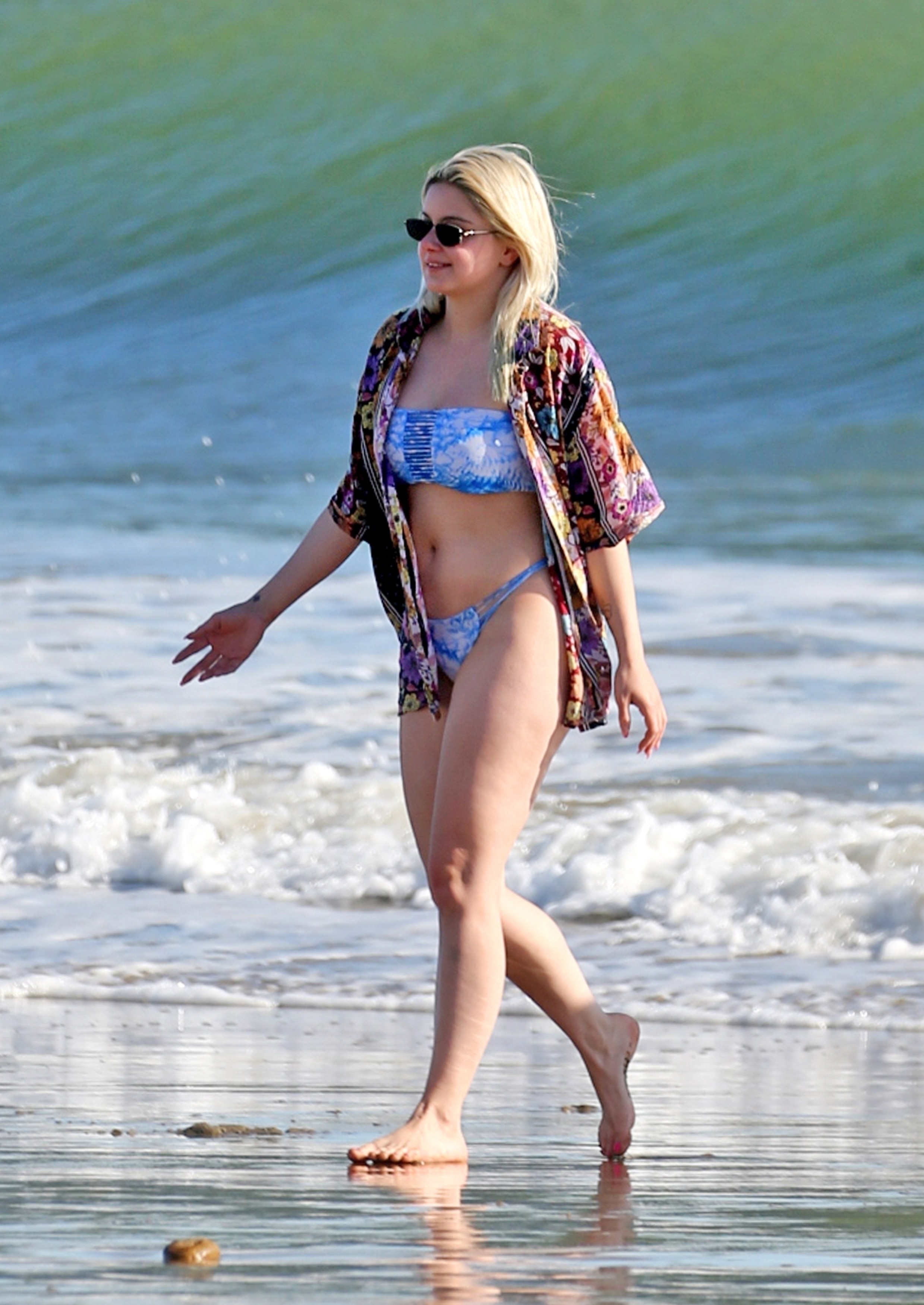 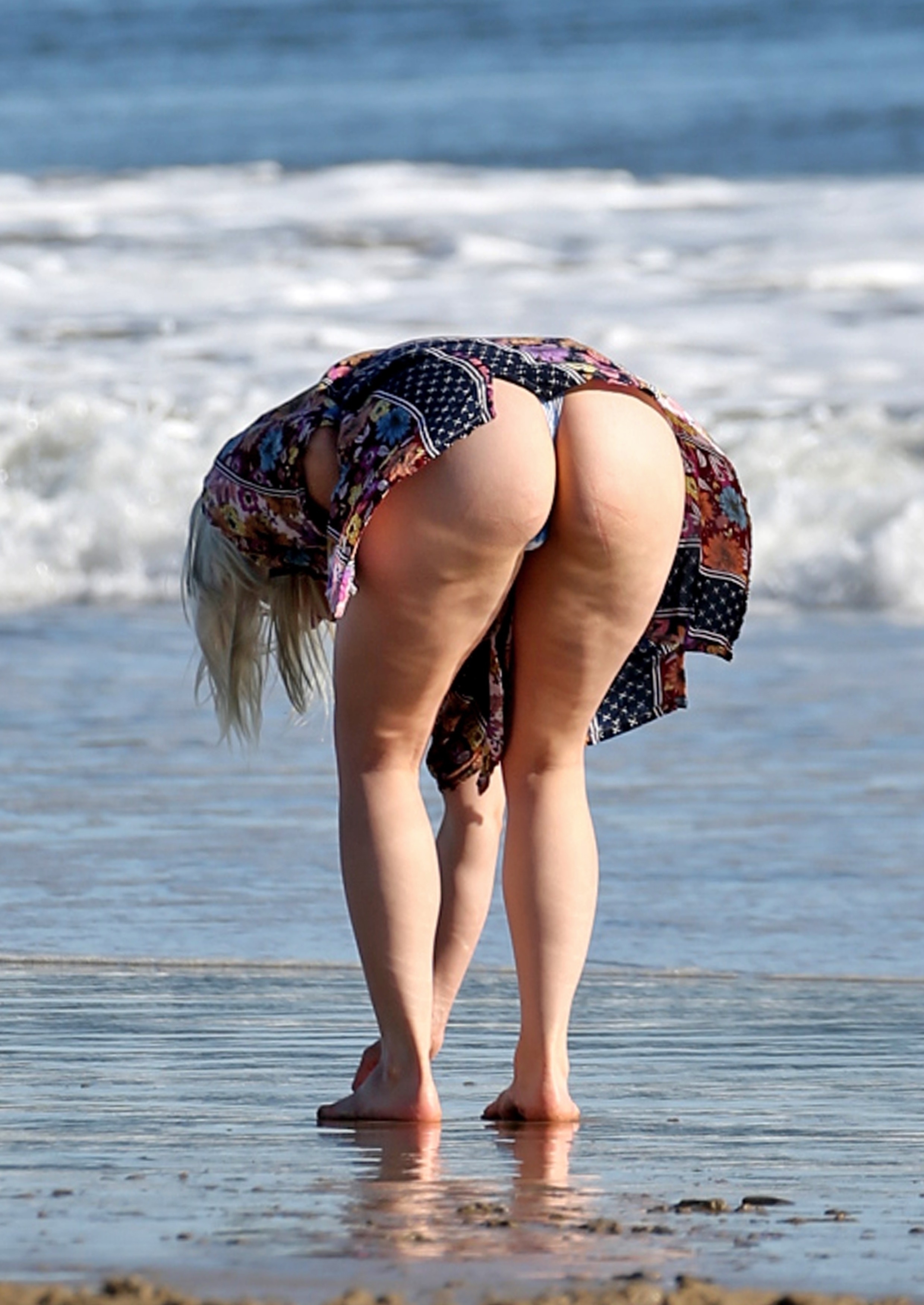 Ariel stunned in a patterned light blue bikini as she took in the sun during a beach outing with Luke, 25.

She rocked a strapless top, which was paired with matching thong bottoms.

The actress slightly covered up as she wore a floral shawl over the bikini, while the look was completed with sunglasses.

Ariel left little to the imagination when she bent down and showed off her bum in the tiny thong bottoms. 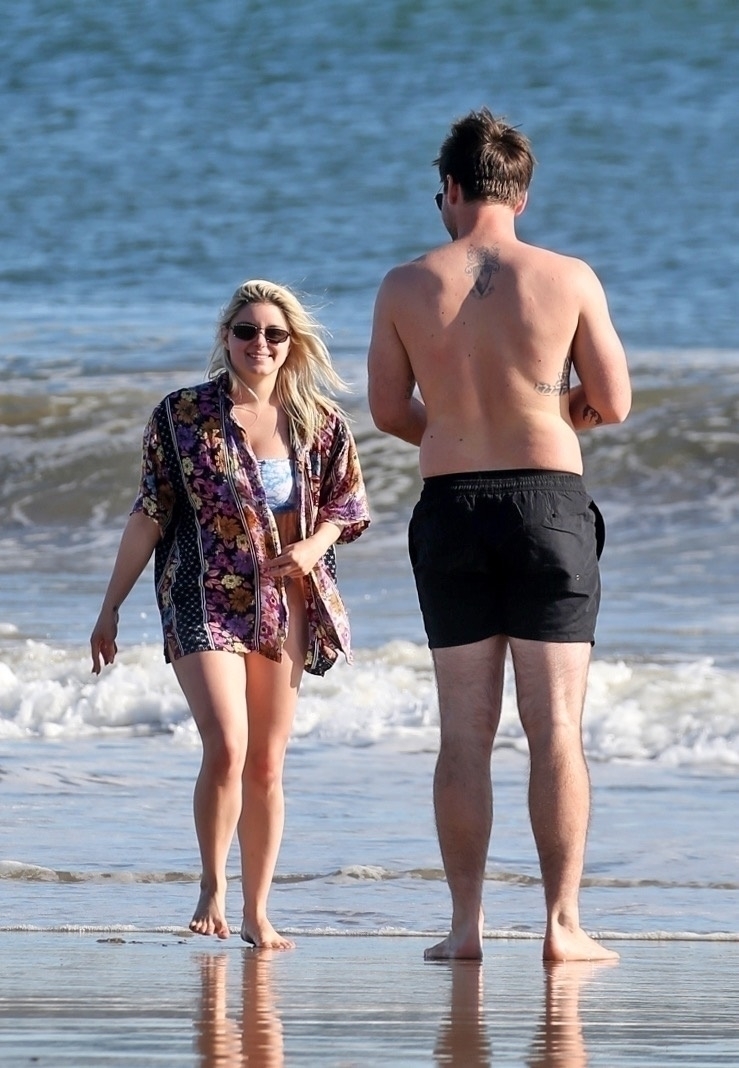 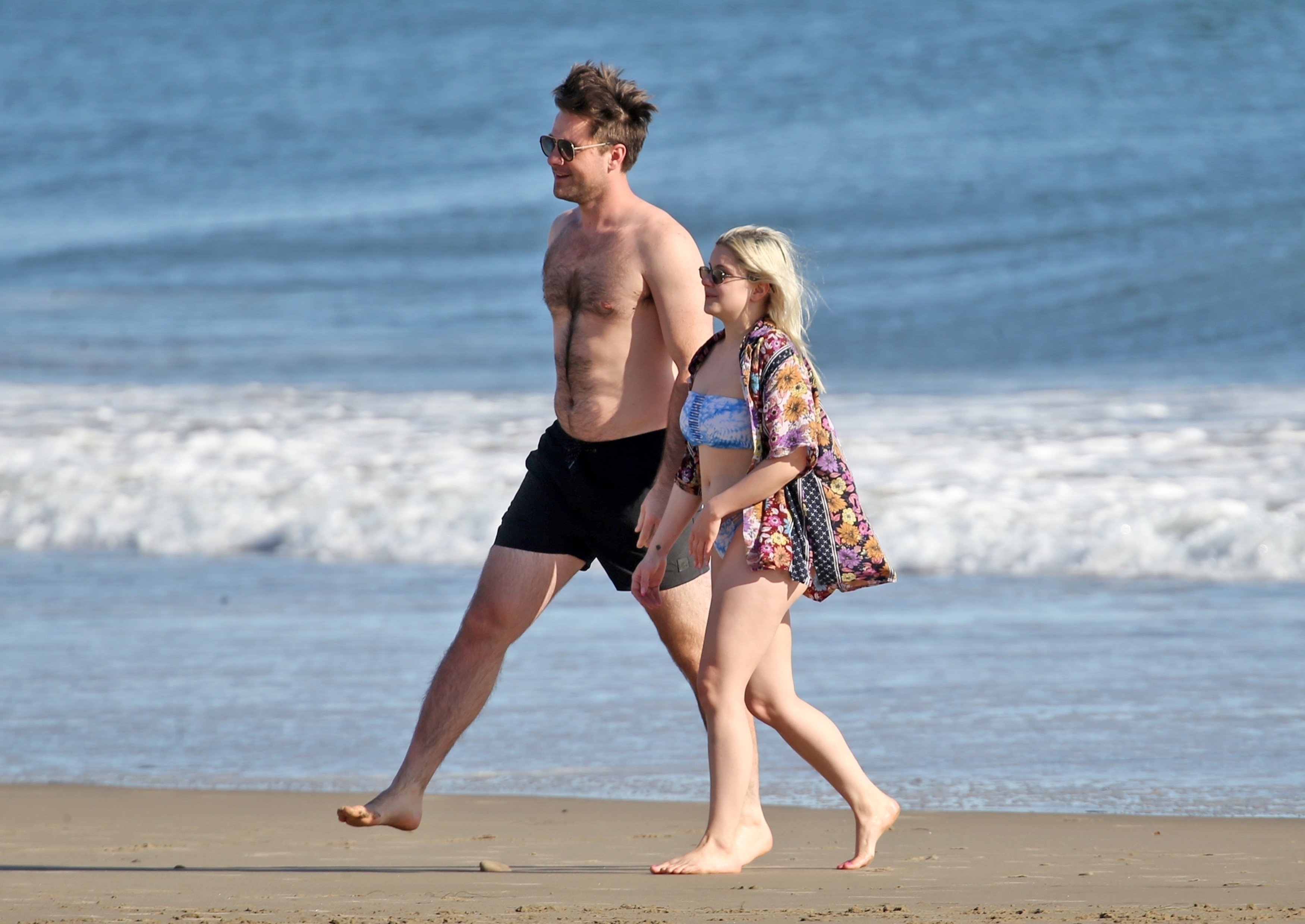 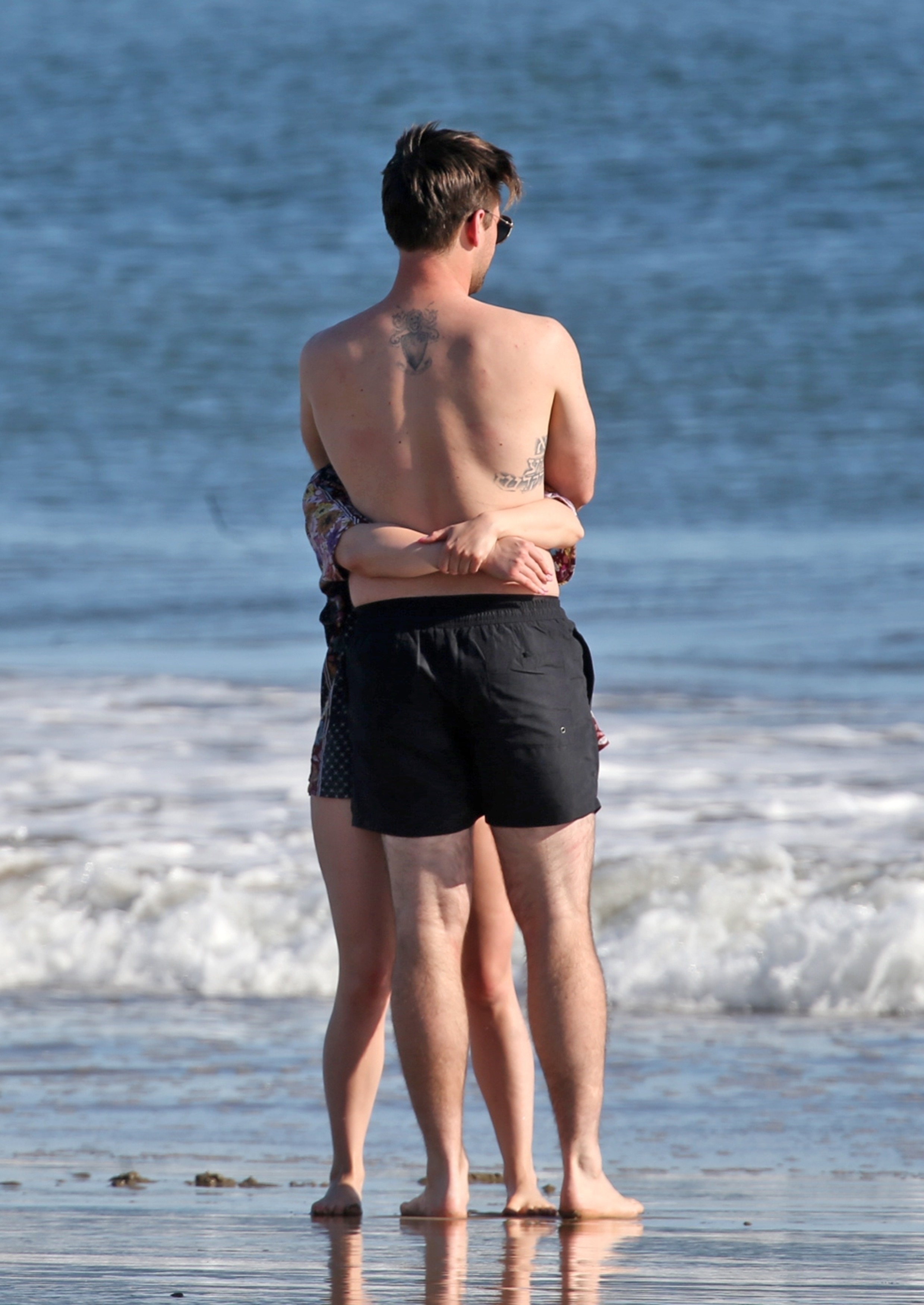 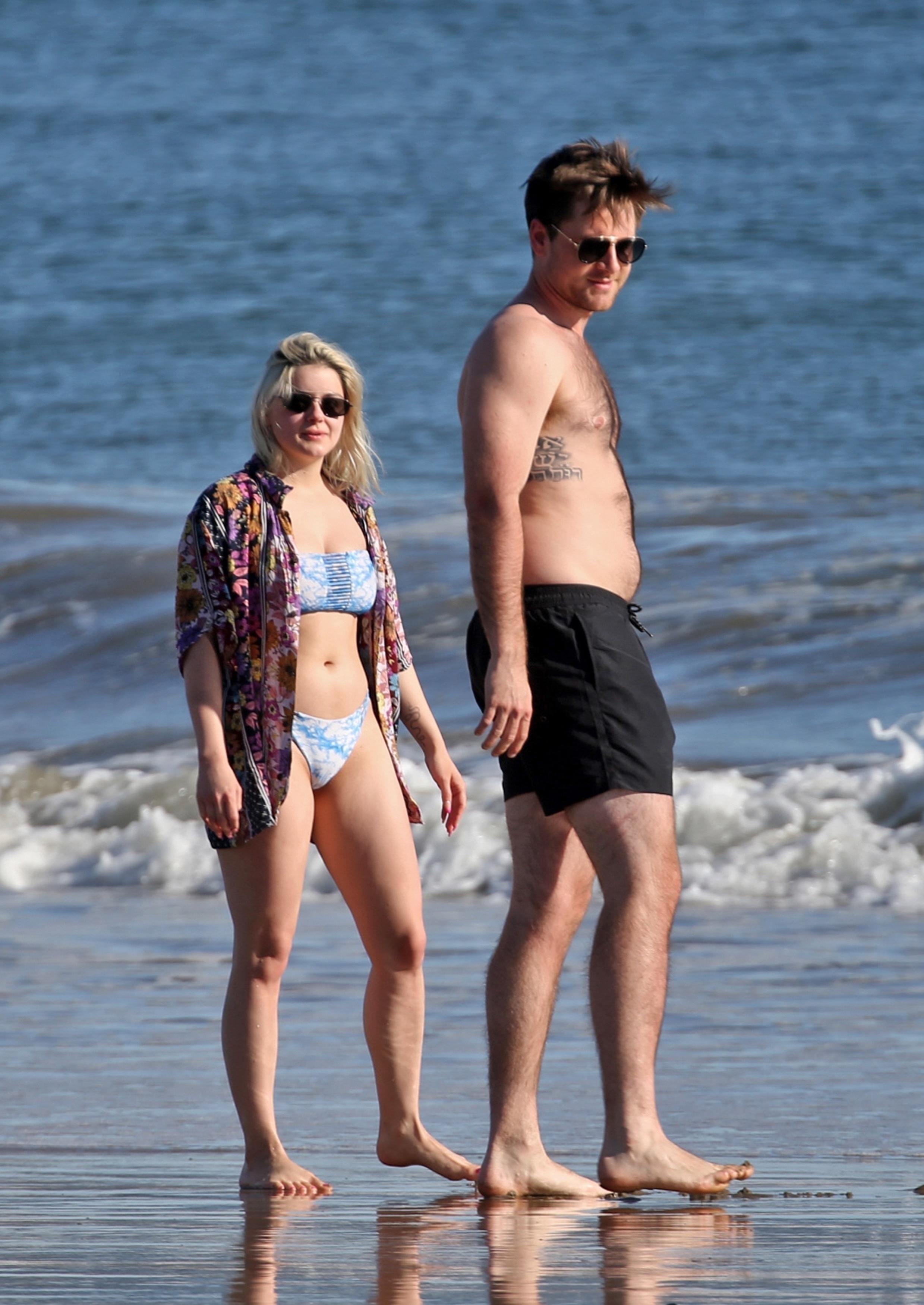 The couple appeared to enjoy their time together as they walked along the water, while they also took a break to embrace in a hug as they stood on the sand.

Ariel is best known for starring on the ABC sitcom Modern Family as Alex Dunphy.

Following months of their rumored romance, Ariel confirmed she was in a relationship with Luke when the pair went Instagram official in January 2020.

At the time, the actress reposted a friend's video on her Instagram Story that showed the couple riding on the back of a golf cart while holding each other close. 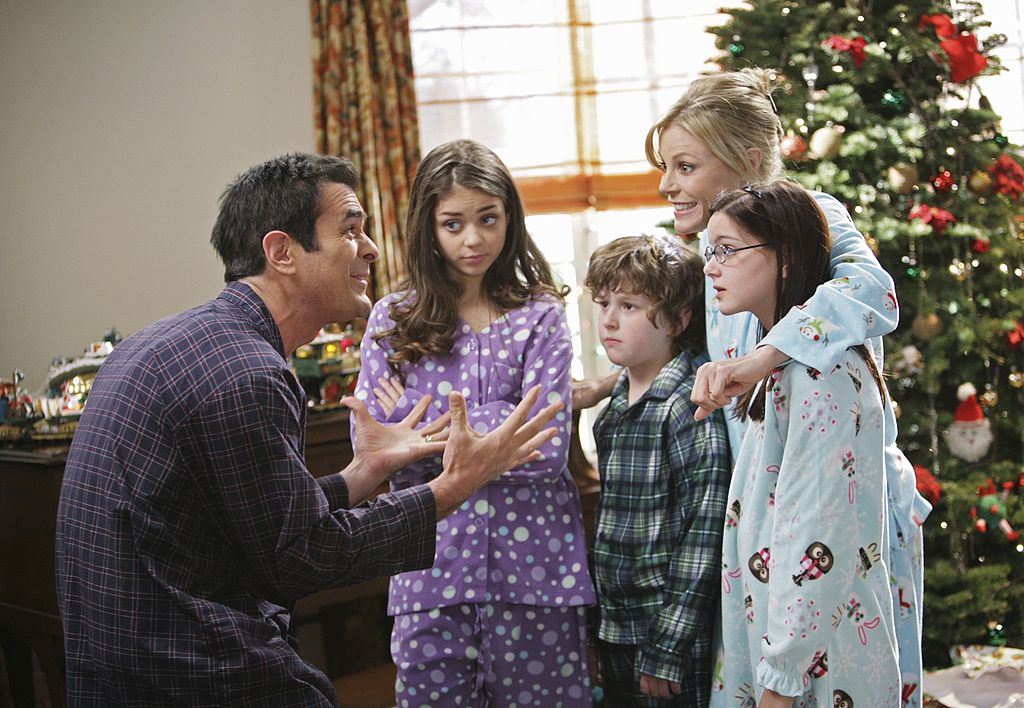 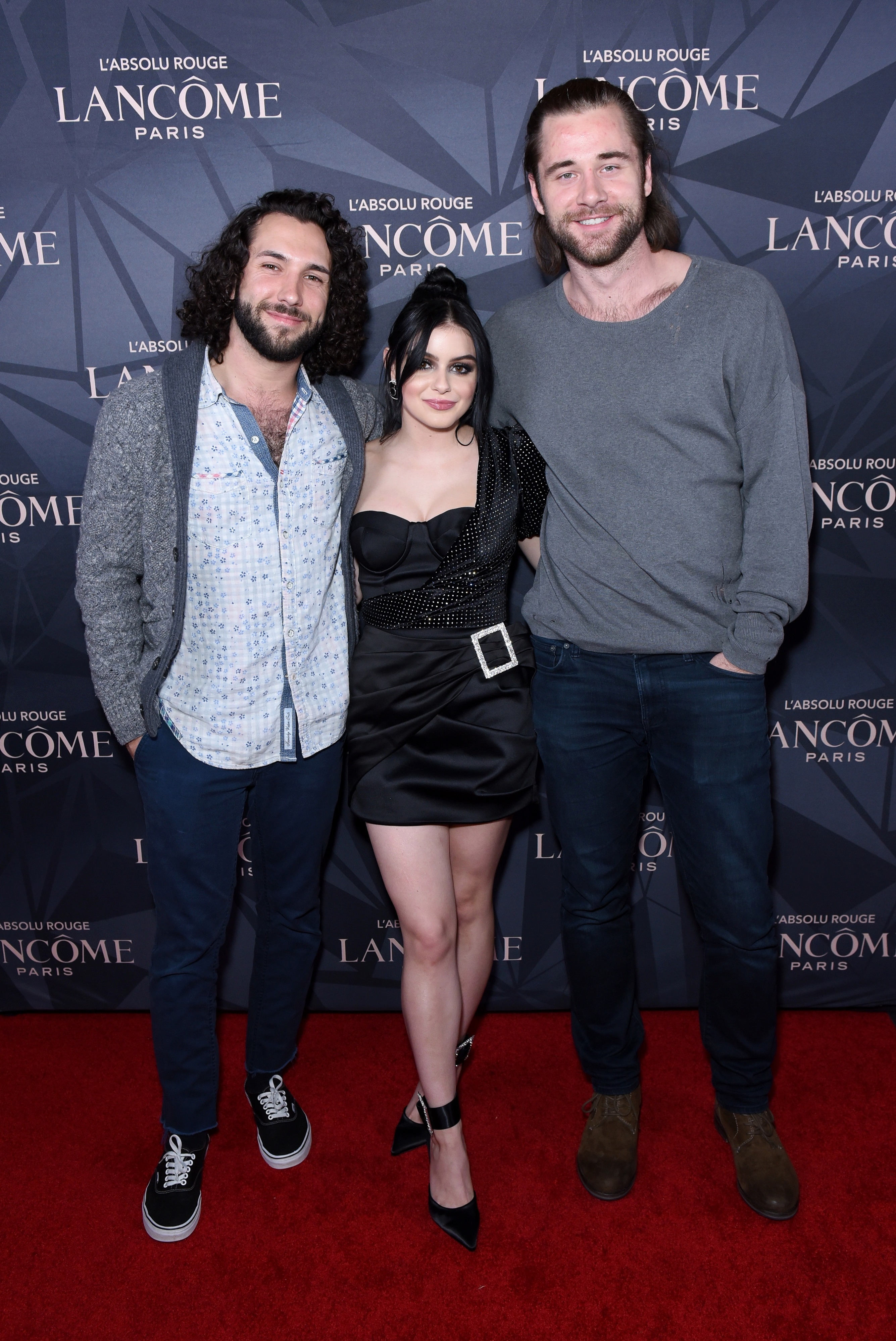 Ariel and Luke began dating just two months after she called it quit with her boyfriend of three years, Levi Meaden.

Since going Instagram official, the couple has shared a number of adorable photos with each other on social media.

While Ariel's Instagram account is full of cute couple photos and gorgeous selfies, the actress has also been candid about the not-so-glamorous aspects of her life. 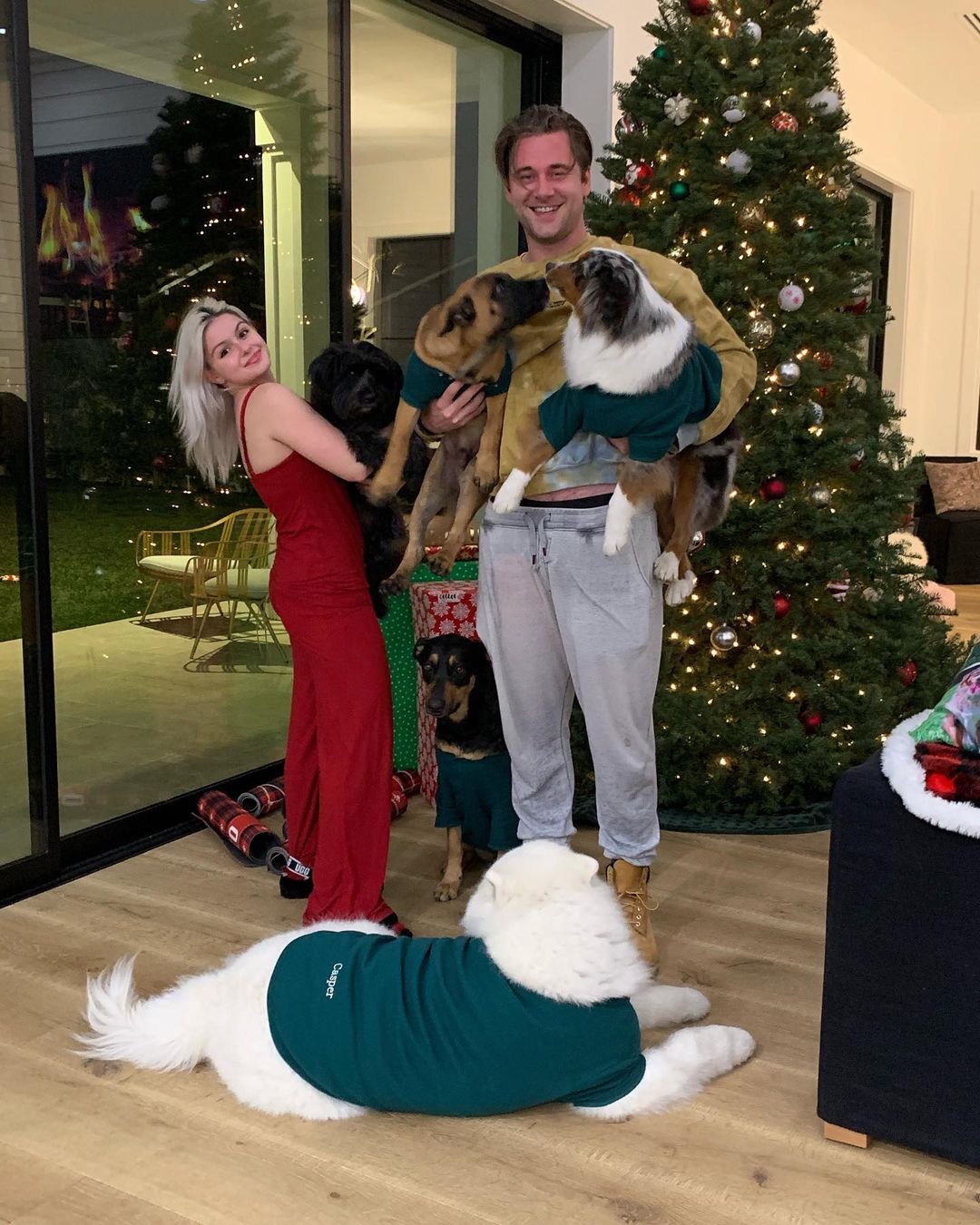 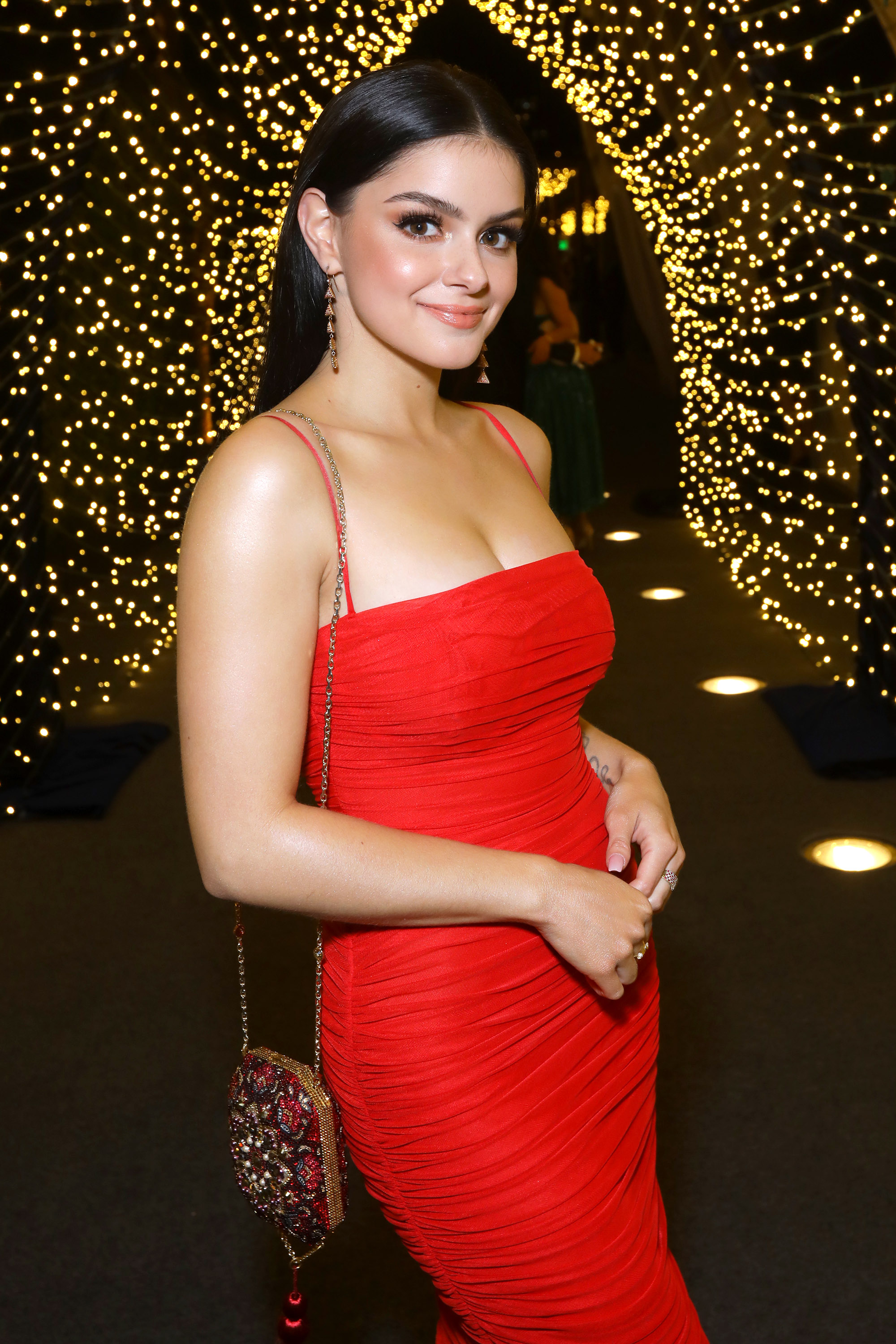 Back in May, Ariel shared that she sliced off the tip of her thumb and accidentally threw it away in the trash while attempting to cook a Greek dish.

"Chopped four onions and it was great. I just got new knives too." 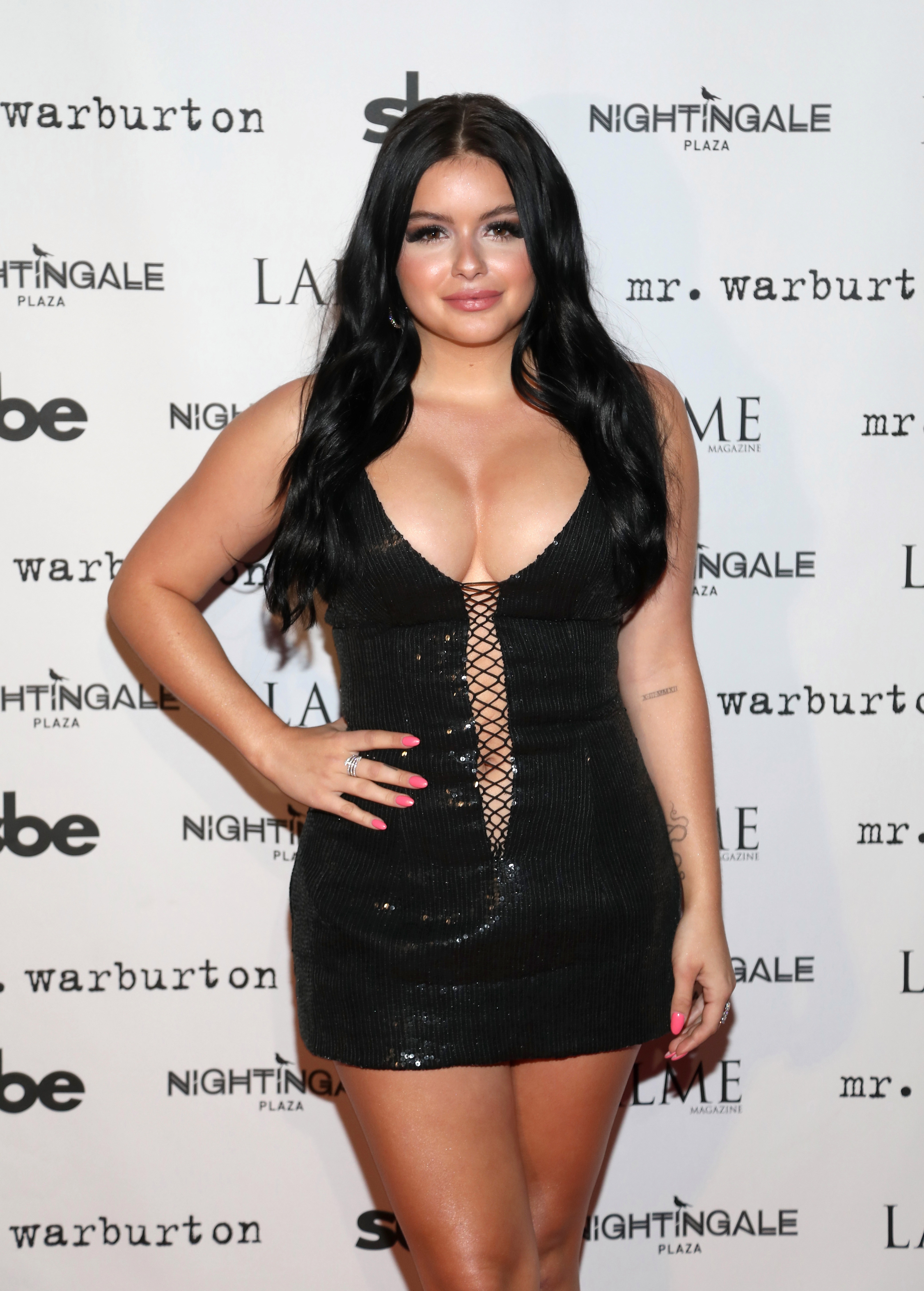 After showing off her bandaged thumb, Ariel continued: "So I went to chop a peeled tomato and sliced the top part of my thumb off on a peeled tomato.

"I was so shocked that it was more like hyperventilating.

The actress realized that she "apparently sliced an artery" because of the amount of bleeding, so Luke decided to take her to hospital.

After sharing that Luke "brought the tip" of her finger to the hospital, Ariel then noted that she accidentally threw away a "good portion" of her thumb and "had to go get it." 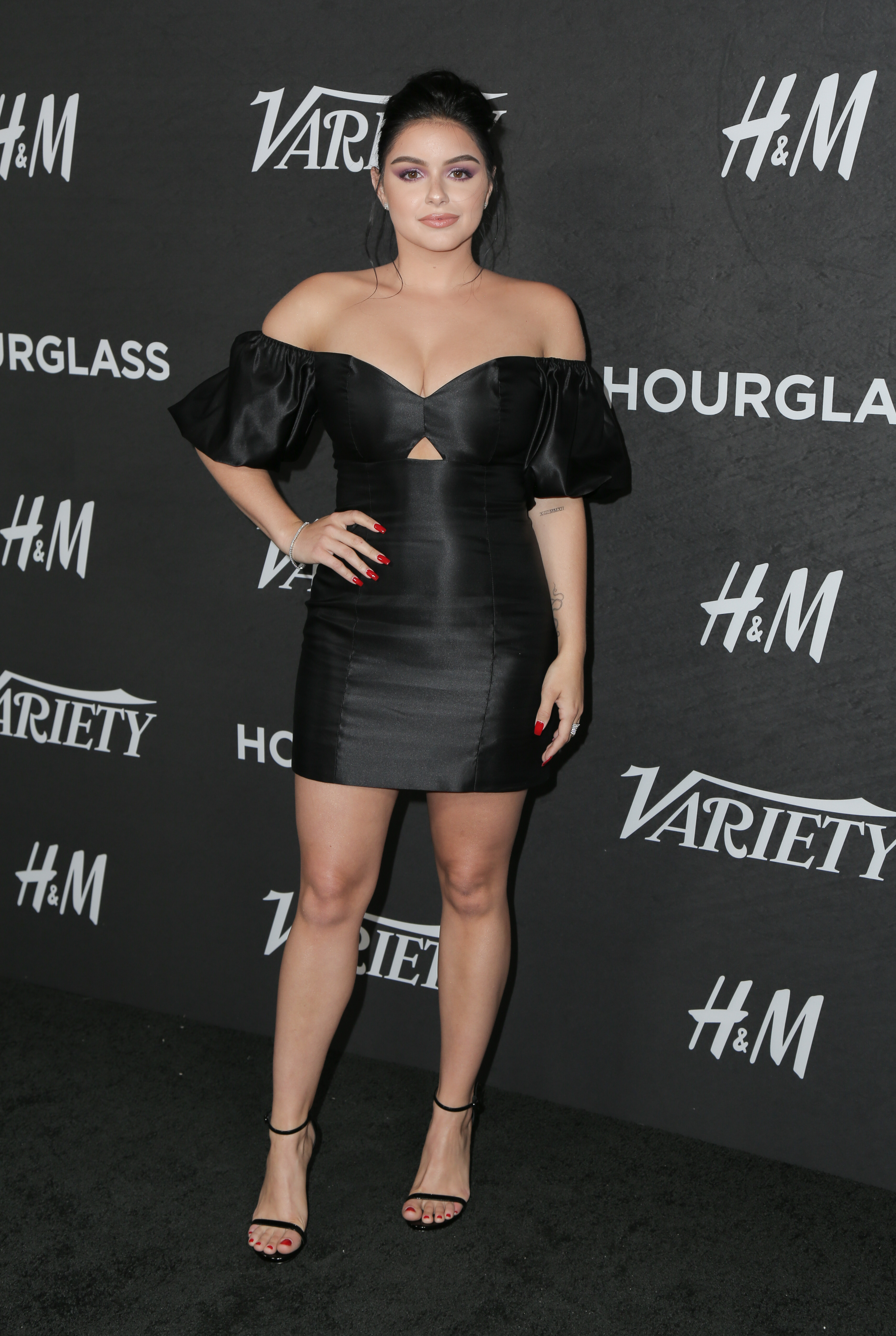