Midsomer Murders finally returned to ITV screens on Sunday as John Barnaby (played by Neil Dudgeon) and Jamie Winter (Nick Hendrick) investigated the suspicious death of a bee-loving aristocratic man. However, actor Neil has revealed the new season’s production was disrupted and the team were forced to halt filming for a very unlikely reason.

“It was like getting out of jail,” Neil remarked. “On set, everybody had their mask on and had to keep a distance, it felt really weird, like a post-apocalyptic Midsomer.

“That feeling must have lasted ten minutes, then you’re in this scene, ‘So where were you Sunday night? Can anyone confirm that?’

“Then you’re off, doing Midsomer again. Though we did have to stop filming.” 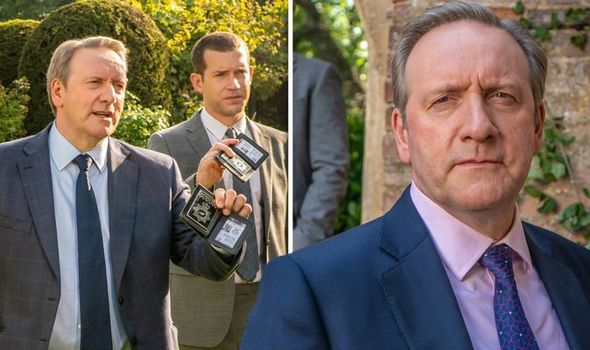 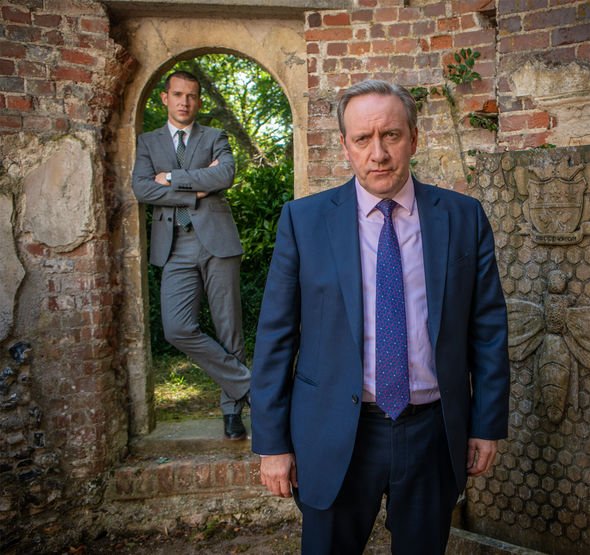 “There was a tractor in the next field,” Neil revealed to Radio Times. “Very noisy.”

The actor went on to explain why actors were prepared for lockdown due to the nature of the profession.

Neil pointed out that actors can wait for months at a time between roles and this is similar to what everyone has experienced over the last year.

Meanwhile, Midsomer Murders fans were overjoyed when the series returned for a brand new season on Sunday. 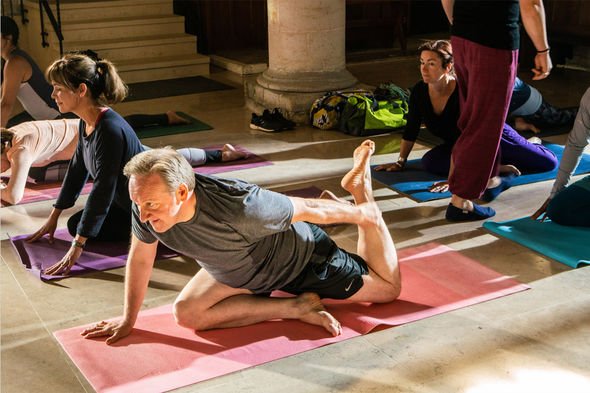 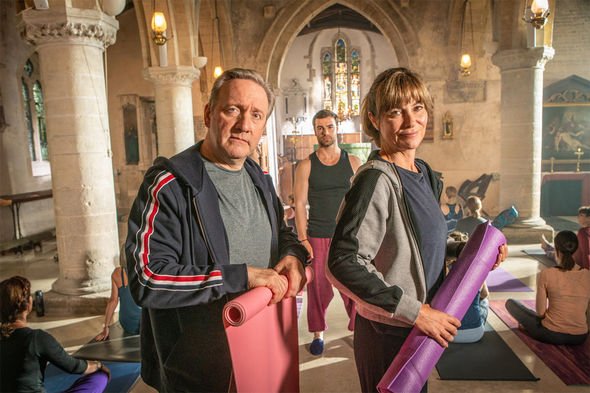 One viewer tweeted: “A new #MidsomerMurders is the highlight of the week at the moment!”

“This #MidsomerMurders is as delightfully bonkers as some of the early ones were,” a fourth said.

DON’T MISS
Bradley Walsh unveils poor strategy as The Chase team lose £60k [VIDEO]
Tom Jones hits out at Olly Murs for beating him ‘She wanted me!’ [INTERVIEW]
Tom Jones spills all on The Voice UK singers he won’t turn for [INSIGHT]

“Best #MidsomerMurders in years. Back to the full-on gothic majesty of the early days,” a sixth shared.

Discussing the new season’s first episode, Neil told ITV how much he loved the storyline.

“I felt very much in my element,” he shared. “The Barnabys practice some yoga at home with Paddy who is better than either of them.”

“They had done yoga about nine years ago and I didn’t know anything about it but since then, about two years ago, I took yoga up and so I was very excited to show my stuff,” he continued.

“However I had to pretend that Barnaby didn’t know how to do it when actually I am a bit of a dab hand.

“One day, whilst the cameras were being set up, the yoga teacher got the actors who would be involved in the class all rolling around doing yoga at 8 am.

“I was sitting around have a cup of tea and I saw this impromptu, alfresco yoga class and I ran over, threw myself down and joined in. It is a fantastic way to start the day. I thought I’d like to do this every day; maybe we’ll introduce it on set.”

Midsomer Murders continues on ITV on Sunday at 9pm.