MAURA Higgins was left feeling worse for wear after a boozy night out with Jessica Wright.

The Love Island star forced her taxi to pull over on the way home for some much-needed air, and she was spotted sitting on the floor with a concerned pal checking on her. 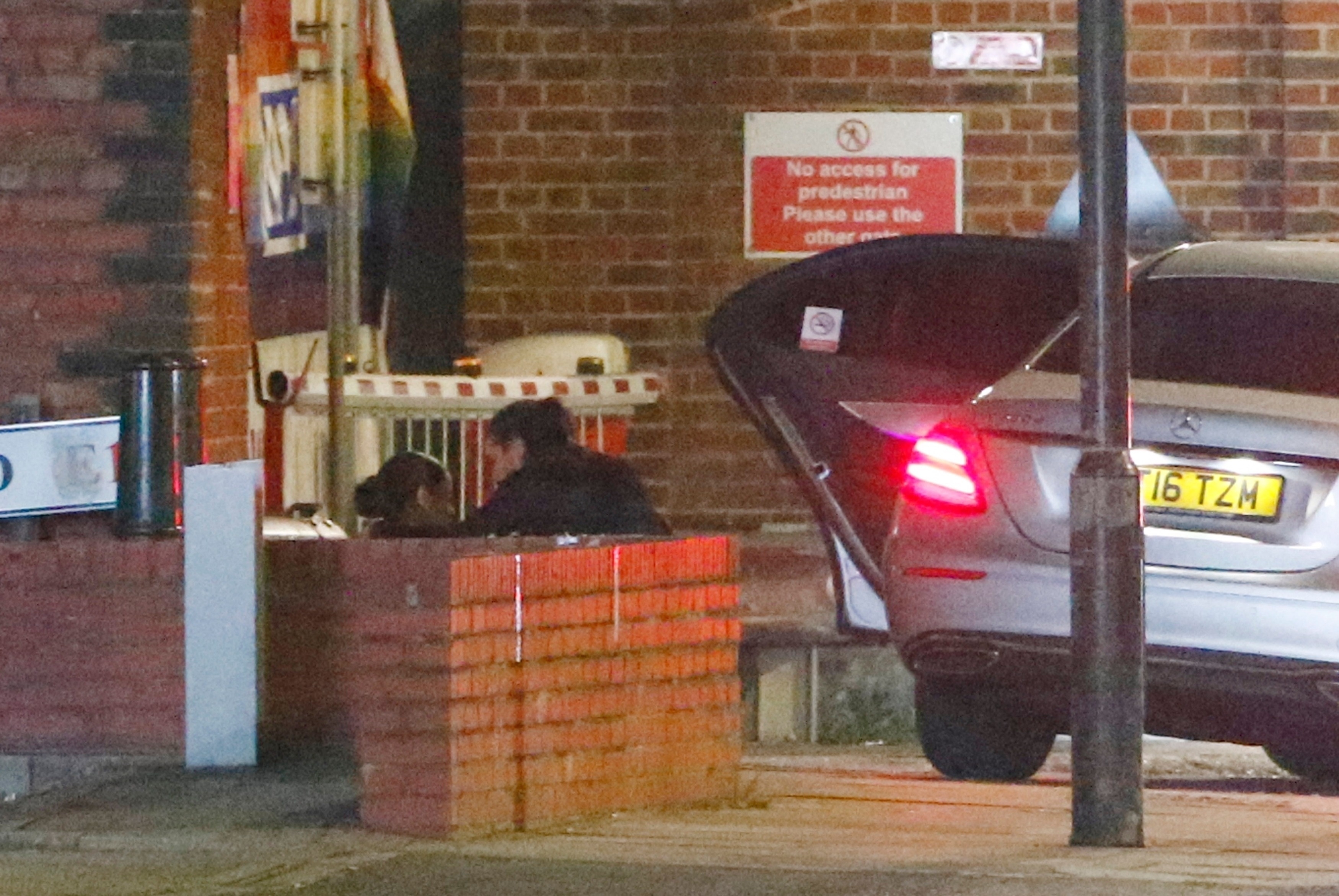 She staggered out of the taxi and rested against a wall while her pal rubbed her back.

Earlier in the night Maura was in high spirits as she showed off her amazing figure in skintight Versace leggings and a matching top.

She strutted her way into trendy restaurant MNKY HSE for a late night dinner in a pair of towering stilettos and swinging her Dior saddle bag.

Earlier in the night she asked fans about her outfit and worried that it might "look like curtains". 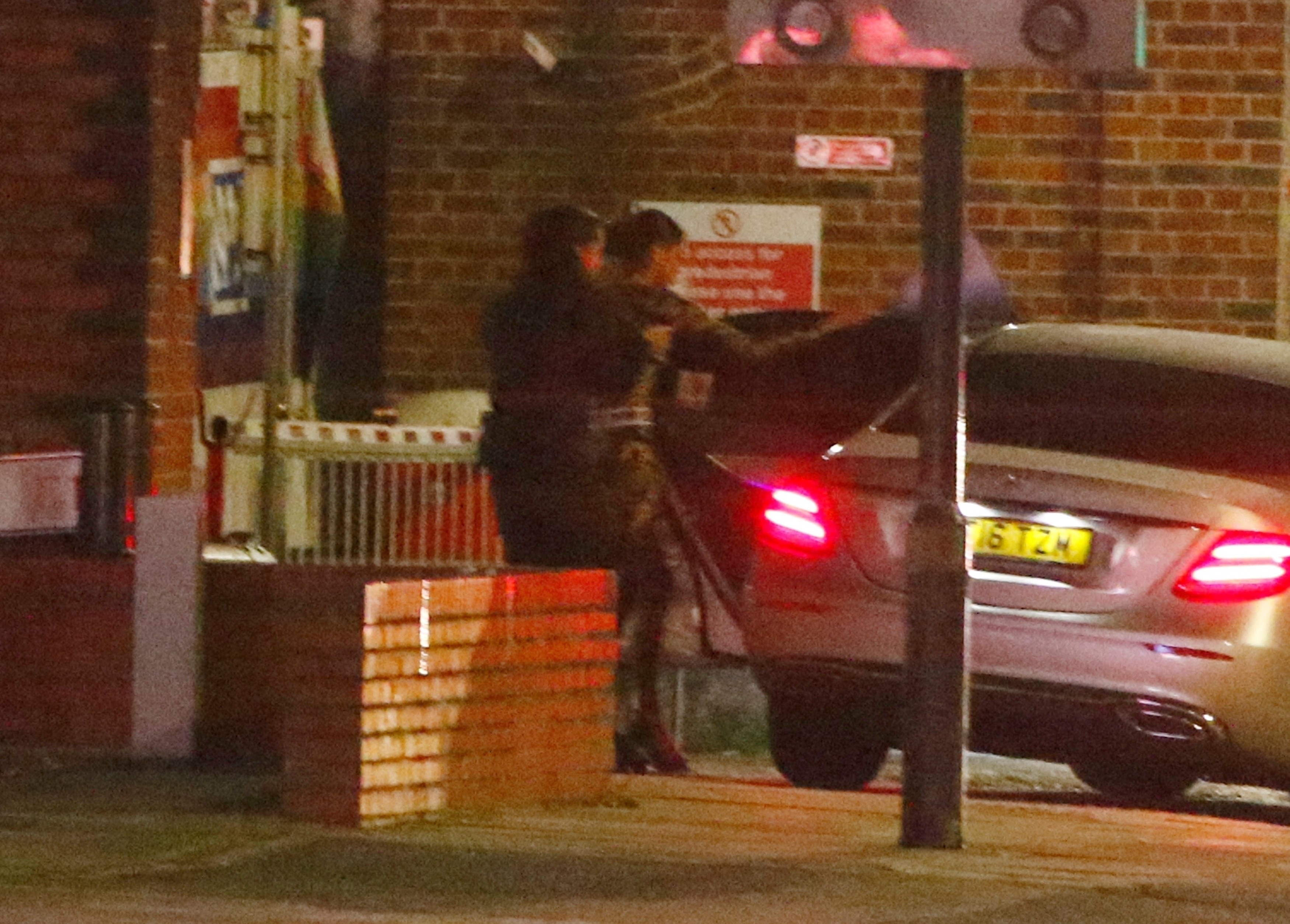 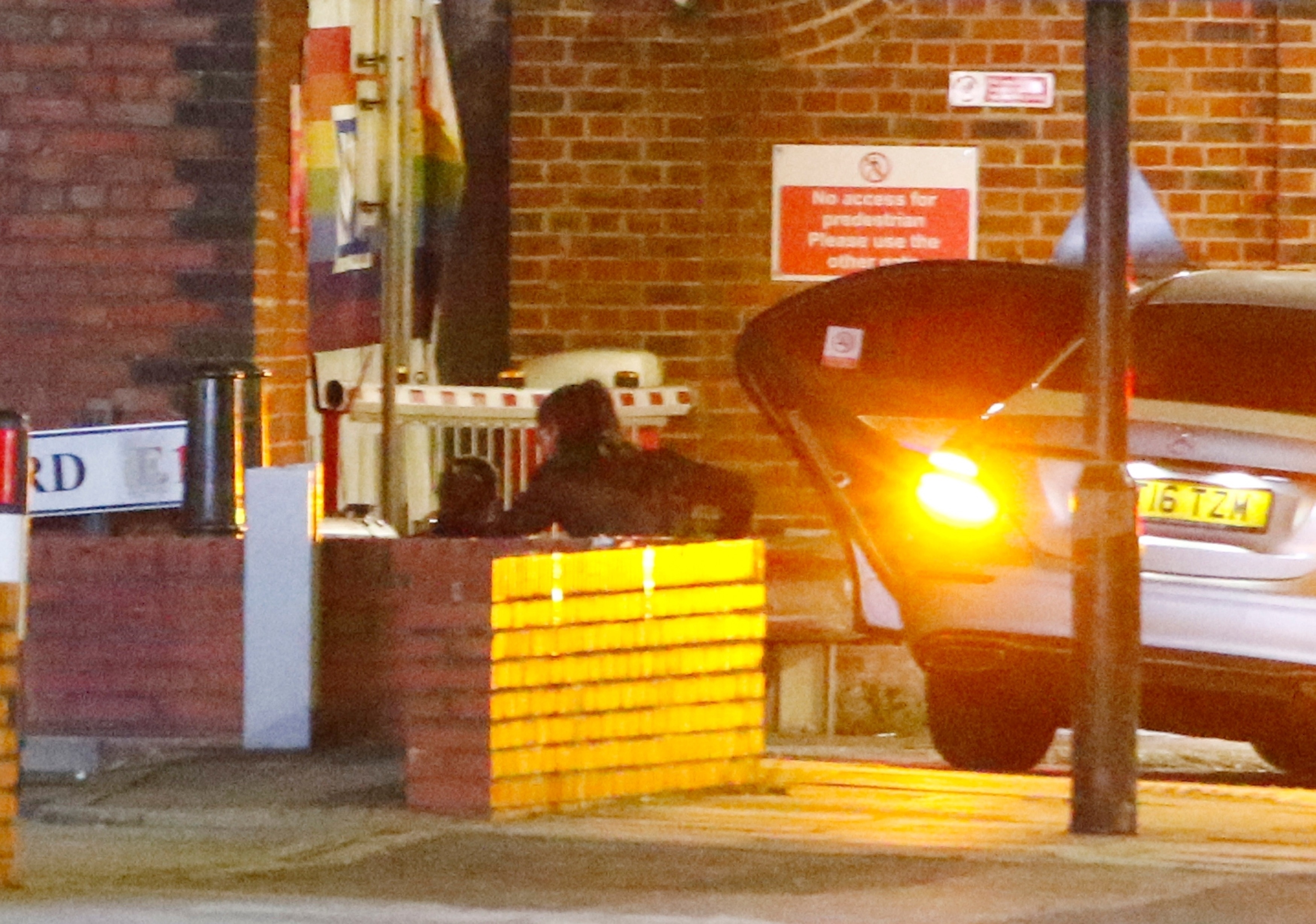 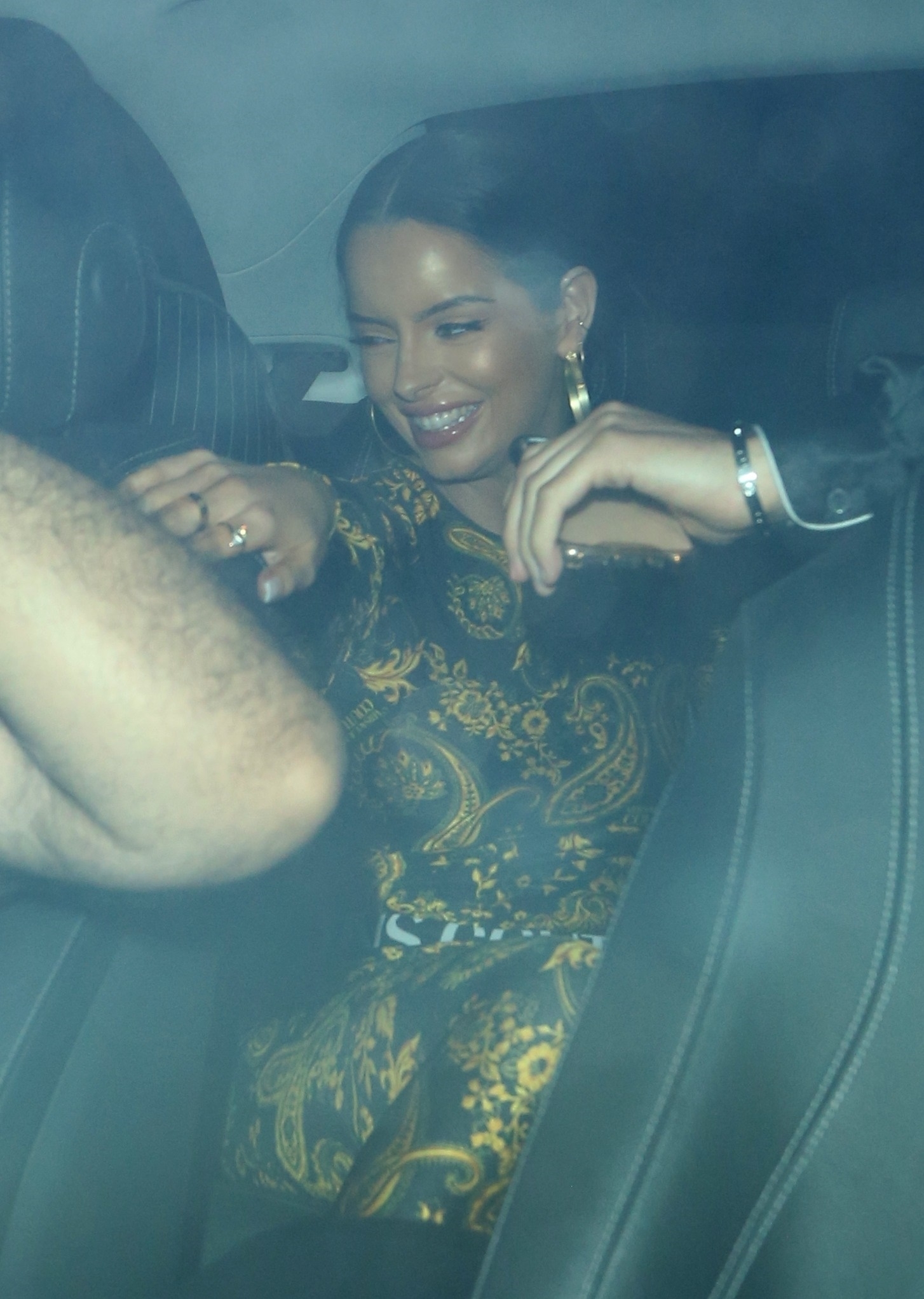 But bold Maura admitted that she would probably wear the designer outfit anyway.

"I'm having mixed opinions from friends about this outfit," she told her followers on Instagram.

"So do I wear this outfit tonight? Or do I not? 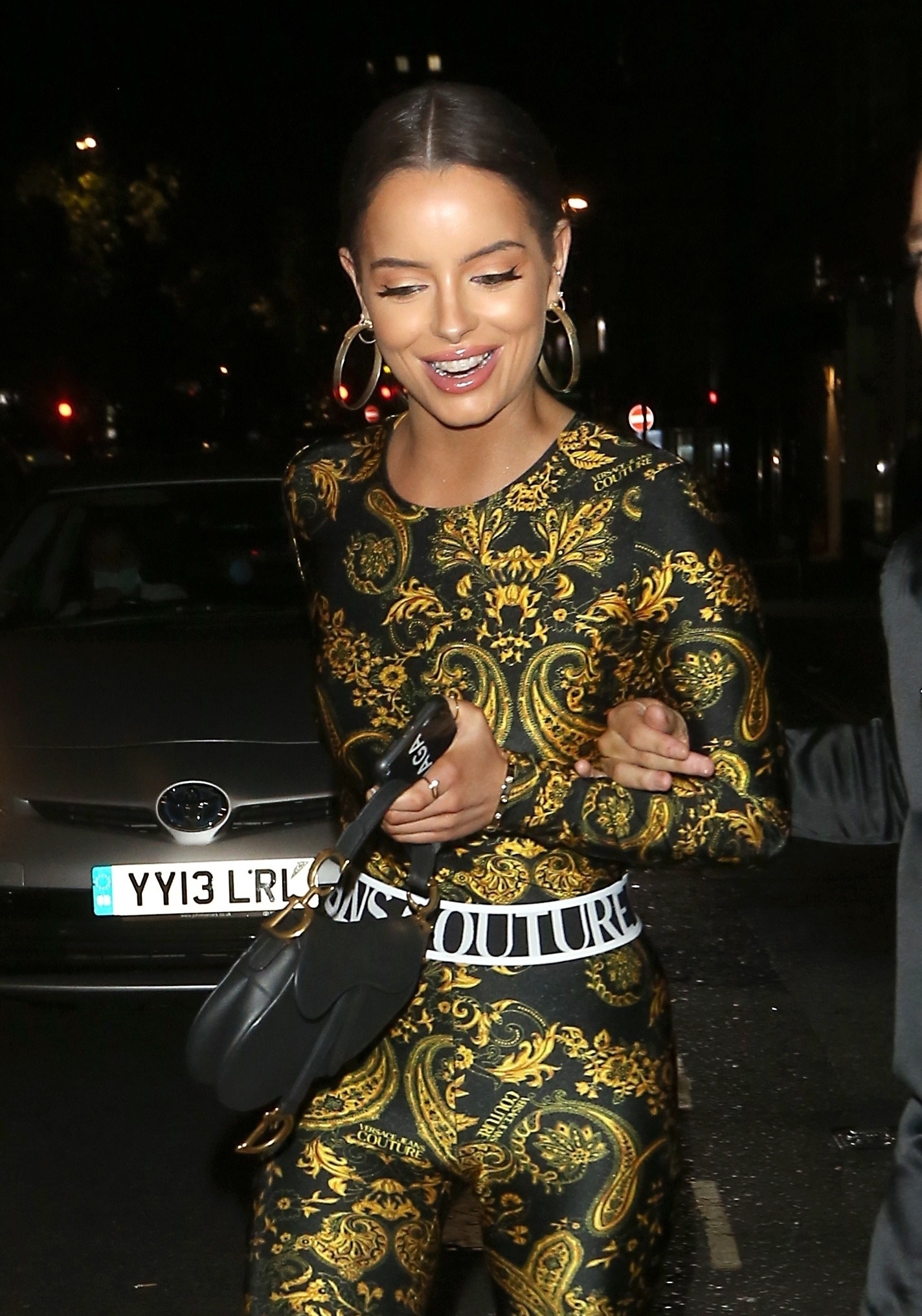 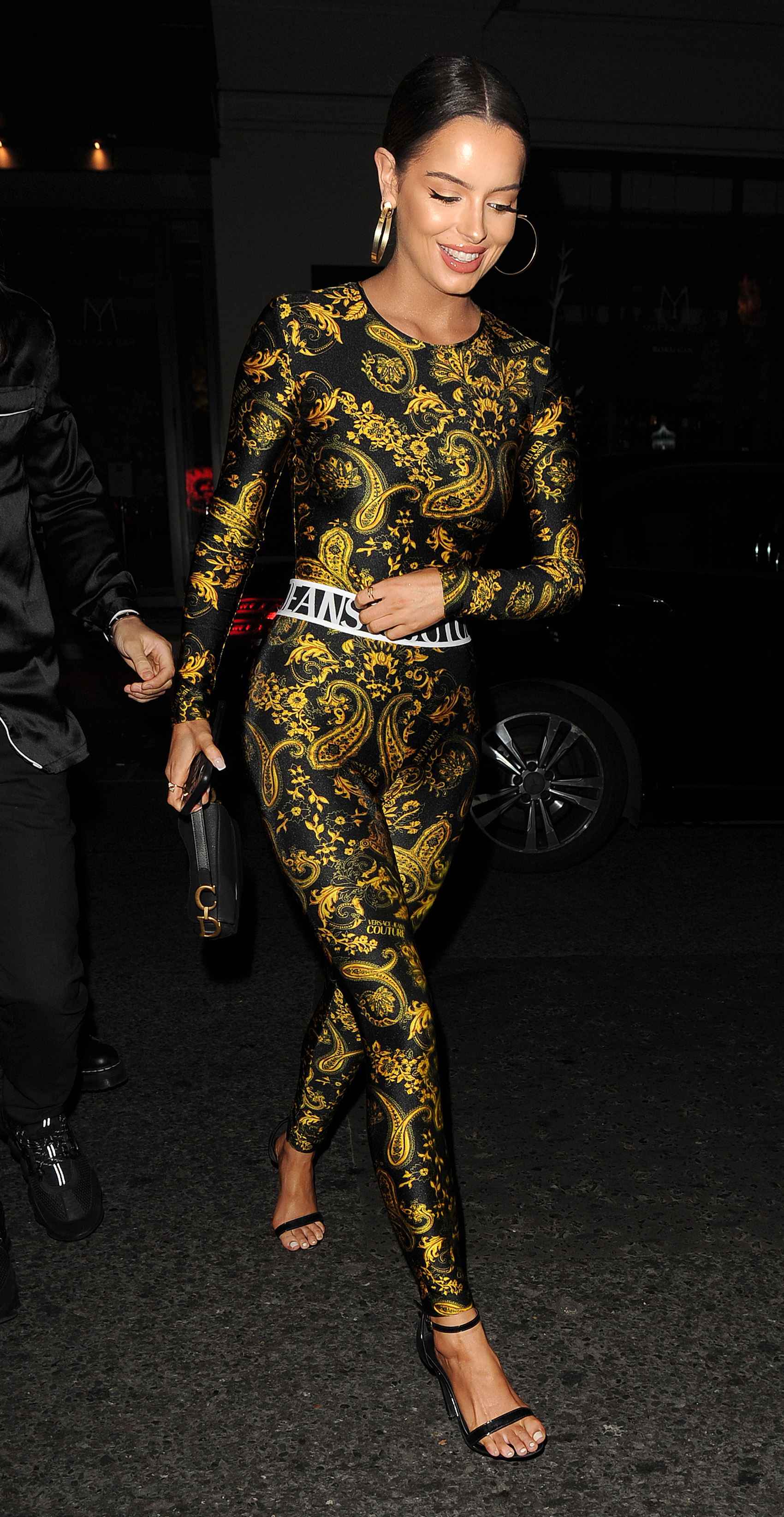 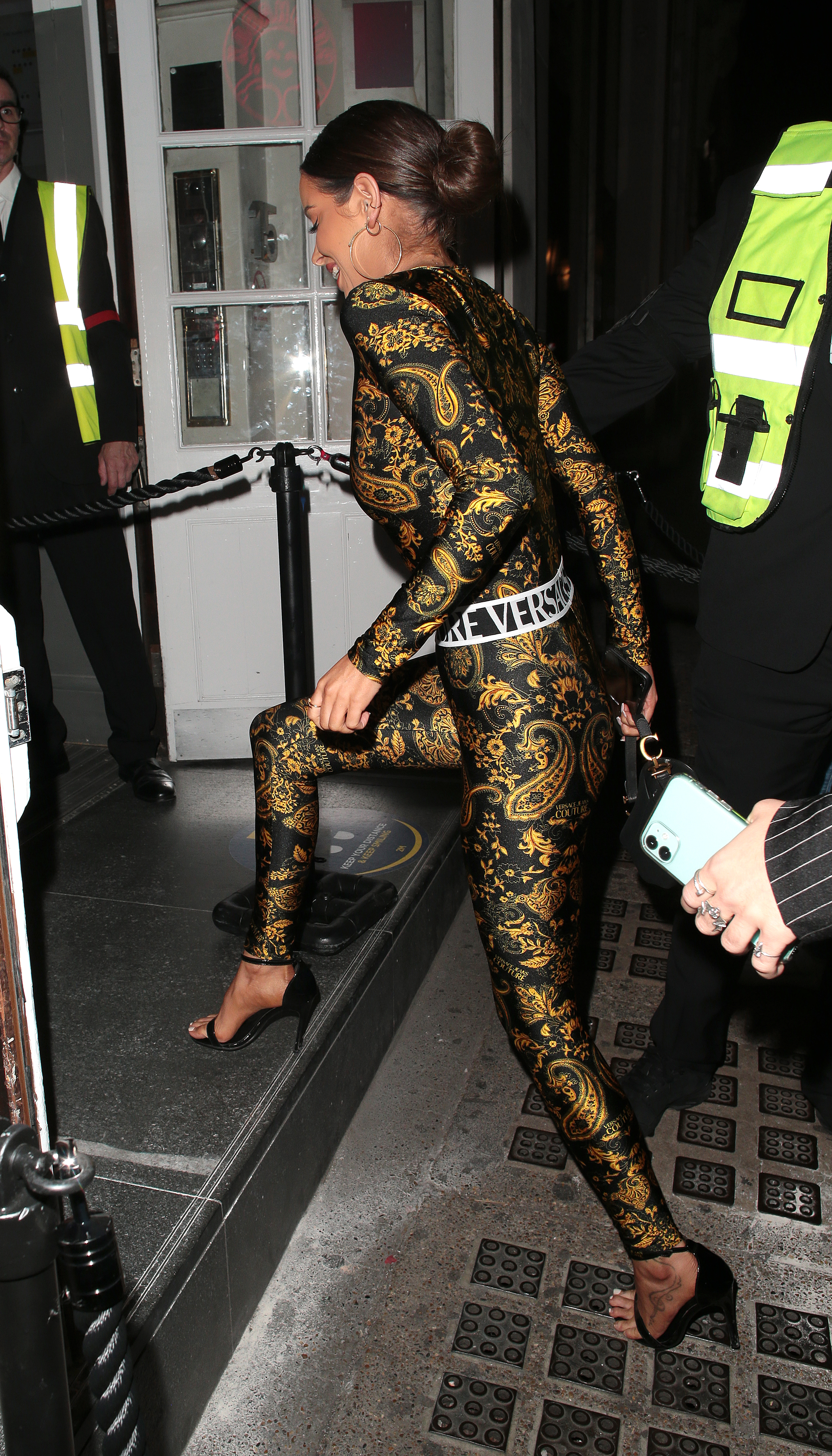 "I don't know why I'm asking because I feel like I'm going to wear it anyway no matter what anyone says."

Despite her reservations Maura stepped out in the eye-catching outfit for dinner.

She then met up with Jessica Wright at the LUXX nightclub where they danced to Cardi B's explicit hit WAP.

Former Towie star Jessica also made an undignified exit from the LUXX nightclub in Mayfair with a yellow stain on her white satin dress. 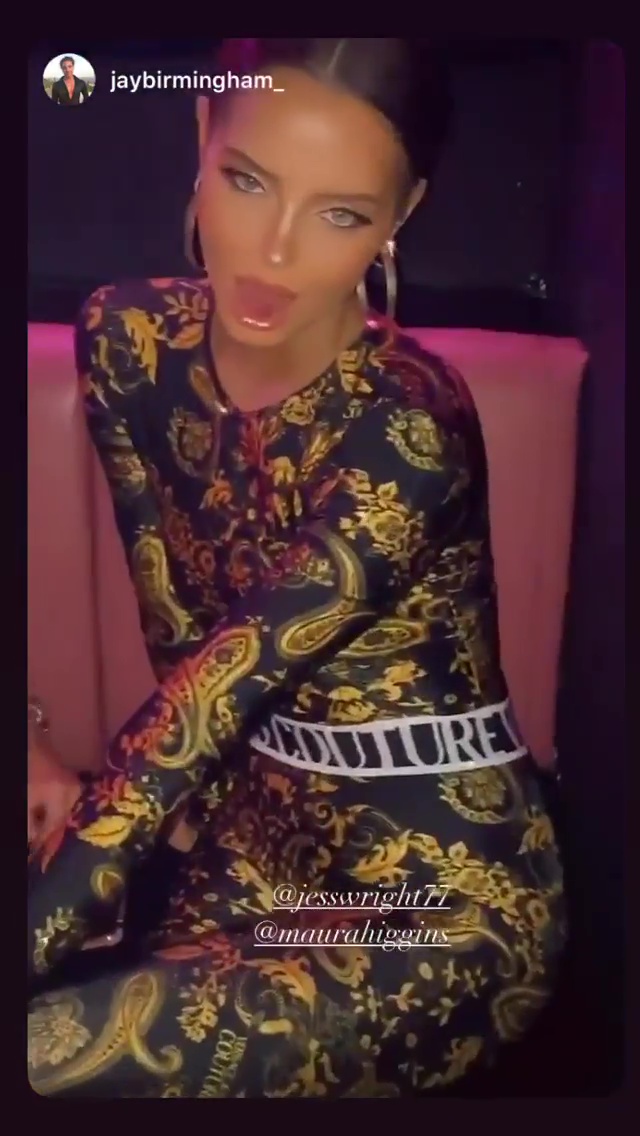 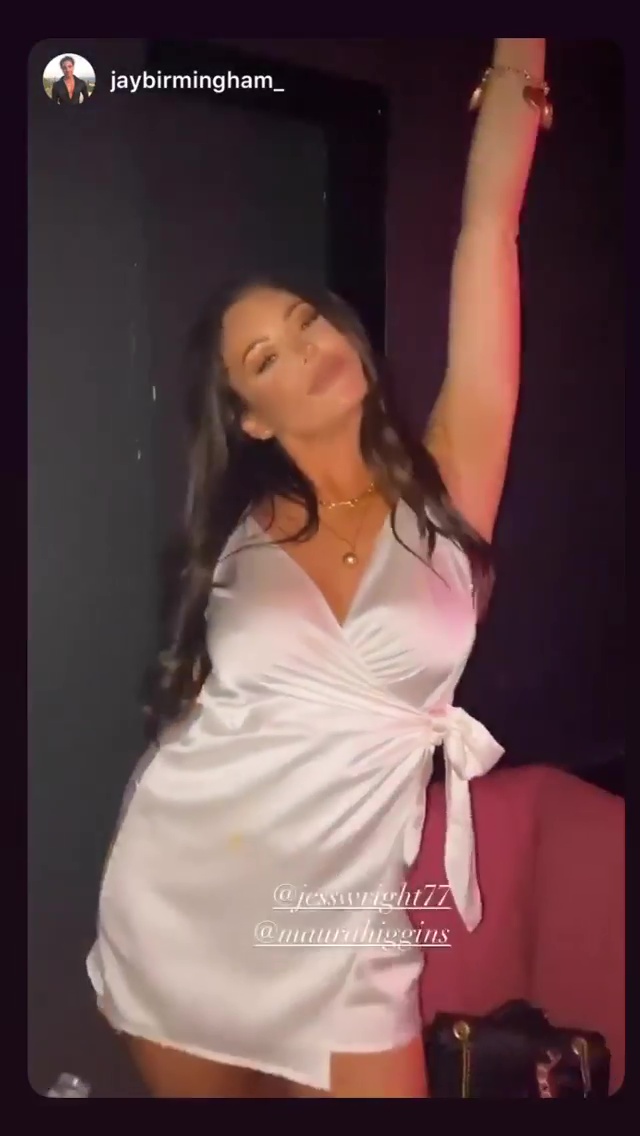 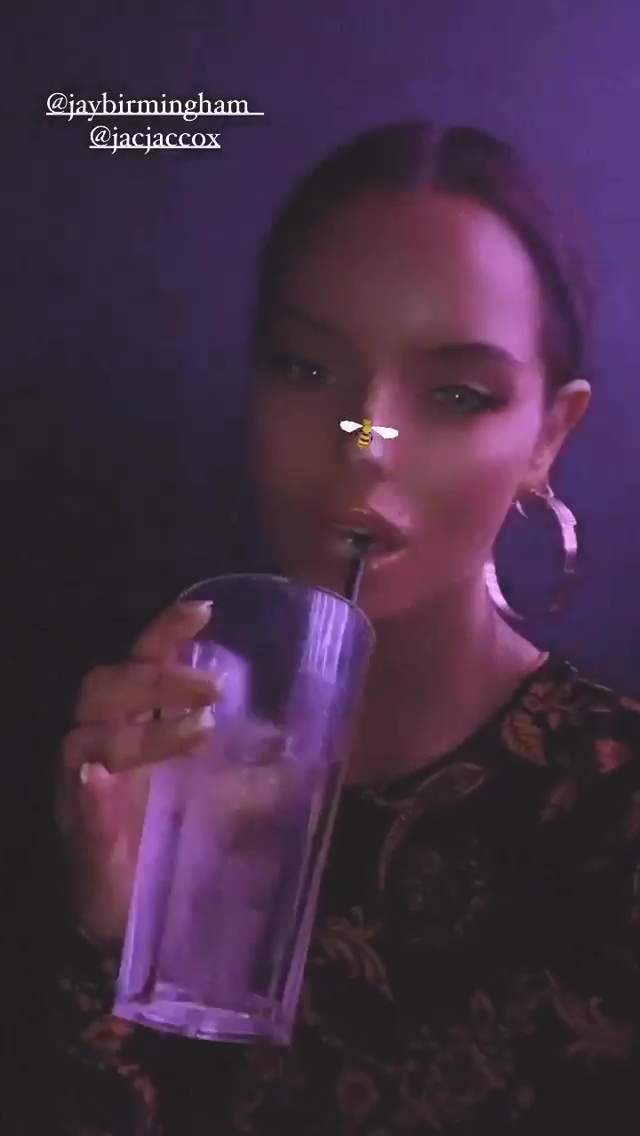 Meanwhile, Jessica admitted it was her second night out on the trot after celebrating her 35th birthday on Friday.

"It's that second day when you've been out the night before and it's time to get ready again and I really wasn't up for it because understandably I had a slight hangover," she told fans on Instagram.

But she soon got in the mood again by having a massage and blow dry in her hotel room. 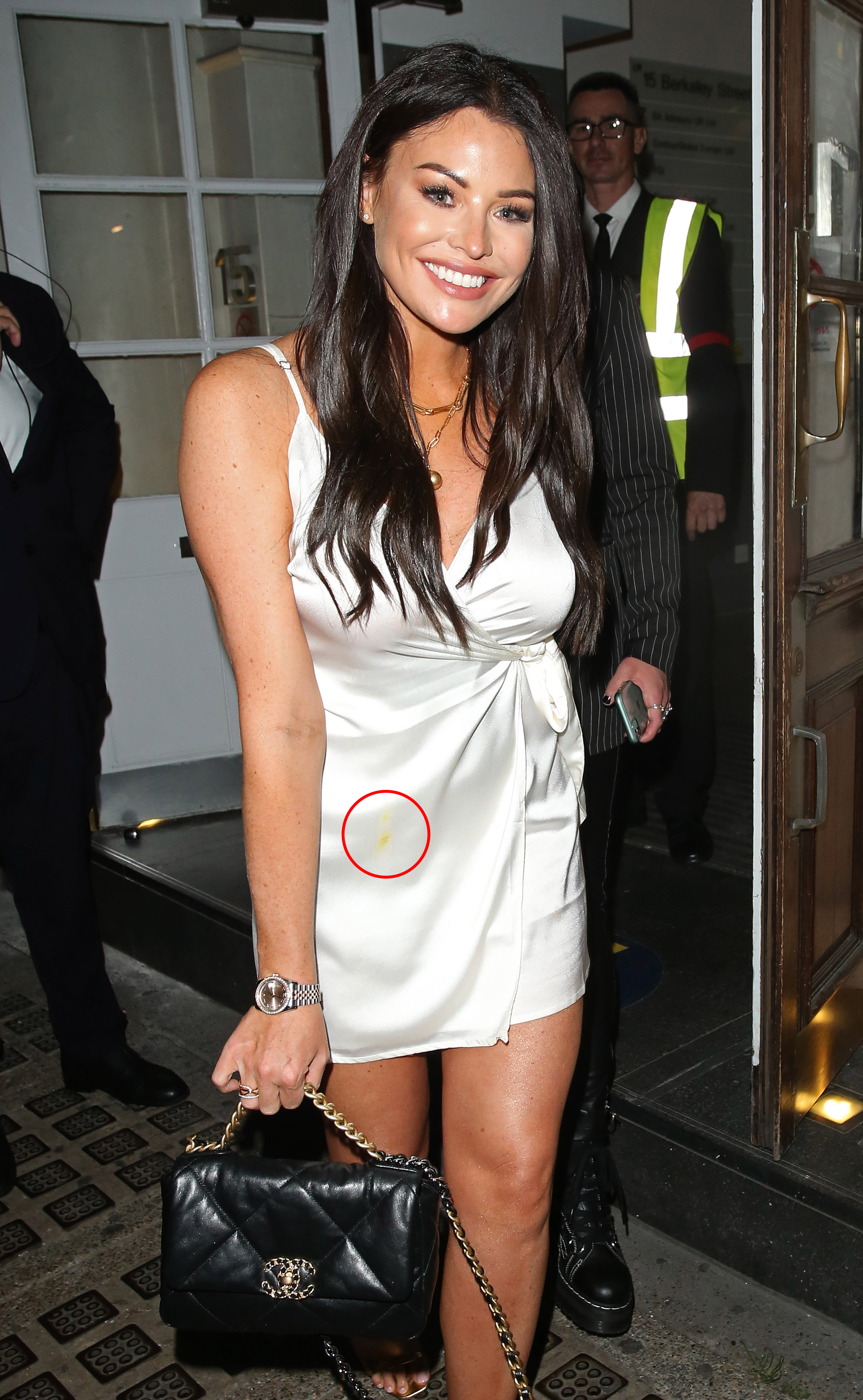 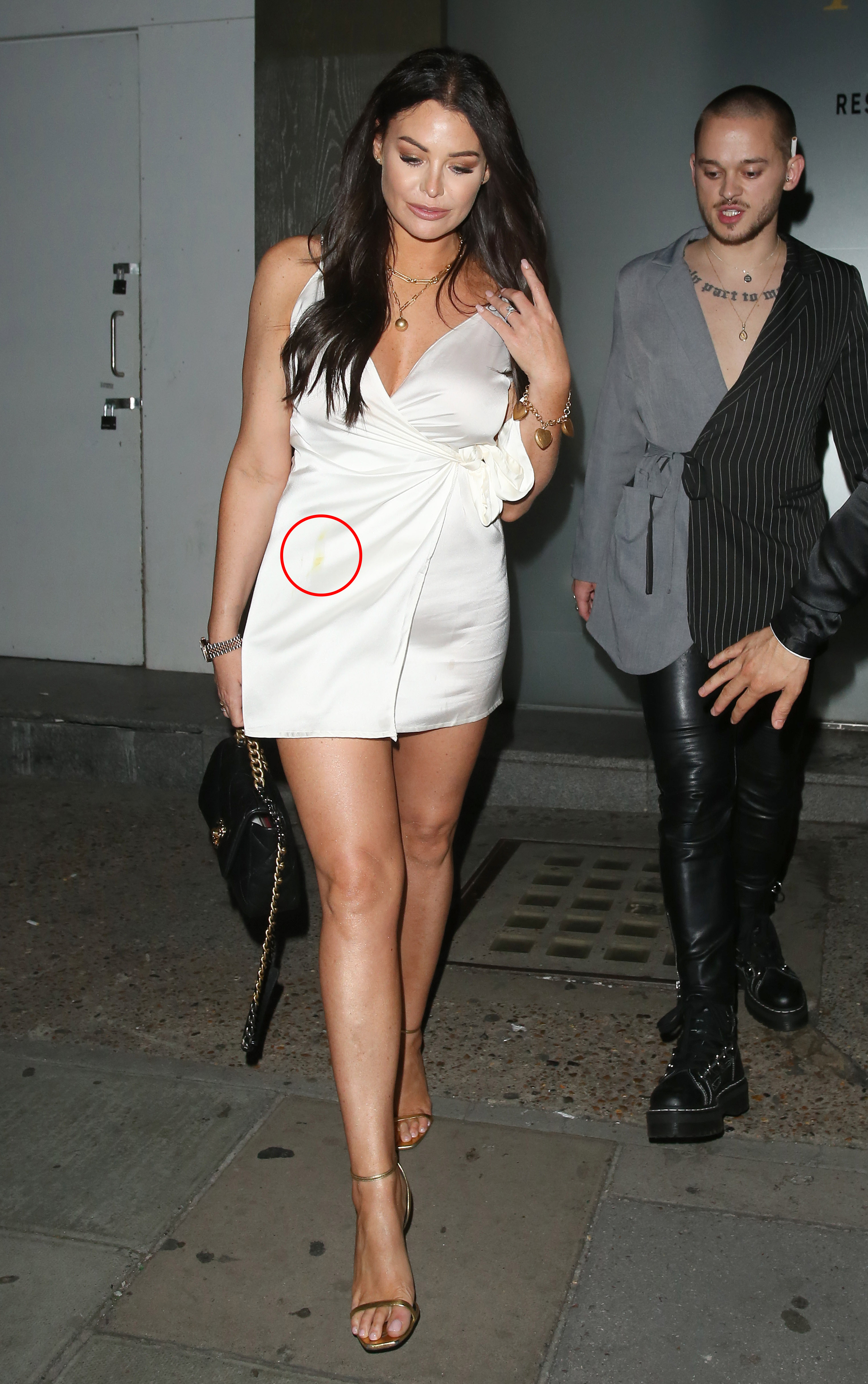 She shared a sexy video of herself all dressed up in a white silky wrap dress as she left her hotel.

Leaving the club in the early hours of the morning her blow dry was still in tact and she had a huge grin on her face after dancing the night away.

Only the yellow stains on her dress hinted at a night of debauchery.

The Sun Online has contacted Maura's representative for comment.

Related posts:
I moved in with the guy I was dating during lockdown – and it didn’t work out
Chloe X Halle Pay Tribute To George Floyd, Breonna Taylor During National Anthem
Popular News
Alexei Navalny discharged from hospital after Novichok poisoning
23/09/2020
Man Utd wonderkid Ramon Calliste, called ‘the next Giggs’, now owns luxury watch business and makes £5m a year – The Sun
26/03/2020
Megan Thee Stallion Addresses Criticism Over Twerking: ‘I Love to Shake My A**’
26/03/2020
Police guard shops to stop coronavirus panic-buyers and enforce social distancing – The Sun
26/03/2020
Coronavirus: Good Morning Britain’s Dr Hilary reveals ‘game-changing’ self-testing kit
26/03/2020
Recent Posts
This website uses cookies to improve your user experience and to provide you with advertisements that are relevant to your interests. By continuing to browse the site you are agreeing to our use of cookies.Ok