A murderous weave is the main attraction of the horror comedy “Bad Hair,” but a few catchy tunes play a memorable supporting role. The movie (streaming on Hulu) takes place in 1989 and is mostly set at a Black music TV network, at a time when new jack swing was a mainstay on the pop charts. That style, popularized by artists like Janet Jackson, Jody Watley and Bobby Brown, fused funk, jazz and R&B into infectiously danceable grooves. The music inspired the film’s writer and director Justin Simien at a young age.

In “Bad Hair,” Kelly Rowland plays a pop star named Sandra, who is seen in a music video performing her hit “I Get It.” That song and a handful of others in the film were written by Simien himself. In a recent Zoom interview, the director, 37, discussed the origins of those songs and how they made their way into the movie. Below are edited excerpts from that conversation.

‘Bad Hair’ | Anatomy of a Scene

The writer and director Justin Simien narrates a sequence from his horror satire.

“Hi I’m Justin Simien. I wrote and directed ‘Bad Hair.’ So we are at Culture TV, which is a music video television network in 1989. They are the Black alternative to RMV, which mostly plays rock and pop music. And Anna Bludso, played by Elle Lorraine is an assistant there, but she’s got everything it takes to be a host and a producer, if only the folks at her job would give her the chance.” “We got a banging exclusive from the princess of pop soul, ‘I Get It,’ by Sandra.” “So one of the things that I found in my research is that 1989 was very much a pivotal year in the history of the weave. That was a year where it really began to explode in terms of a consumer product for Black women. Sandra, played by Kelly Rowland— she’s an amalgamation of Janet Jackson, Jody Watley, Karen White. That sort of Black female pop star that was embracing urban Black culture, particularly with the sound of new jack swing, but trying to be a breakout pop star at the same time. In a lot of ways, Sandra is an analogy for what Anna is also trying to do.” ”(SINGING) The ones that you’re thinking of—” “Huh, that must be glued down. Or a really good relaxer, maybe.” “Which is to hold onto as much of herself as she can, but also make it in the world and find some success for herself outside of her little community. We had a choreographer. Her name is Jamila Glass. She and I went to high school together. What I love about Jamila is that she understands that the camera is also a participant in the choreography. The camera moves need to be in sync with the dance, so we had a good time putting that together. Part of it was location. We found this amazing house that felt like it was stuck in 1989. And then the rest of it was watching a lot of music videos from the time period, taking in the resources that we had, and figuring out, what would they have done in 1989 if they had this house, this lighting equipment, this dance, these costumes? What would they do? And that’s what we did. And I have to say, until we got to some of the crazier kills, it was probably the most fun that everybody had on set.” “I get it, O.K.?” 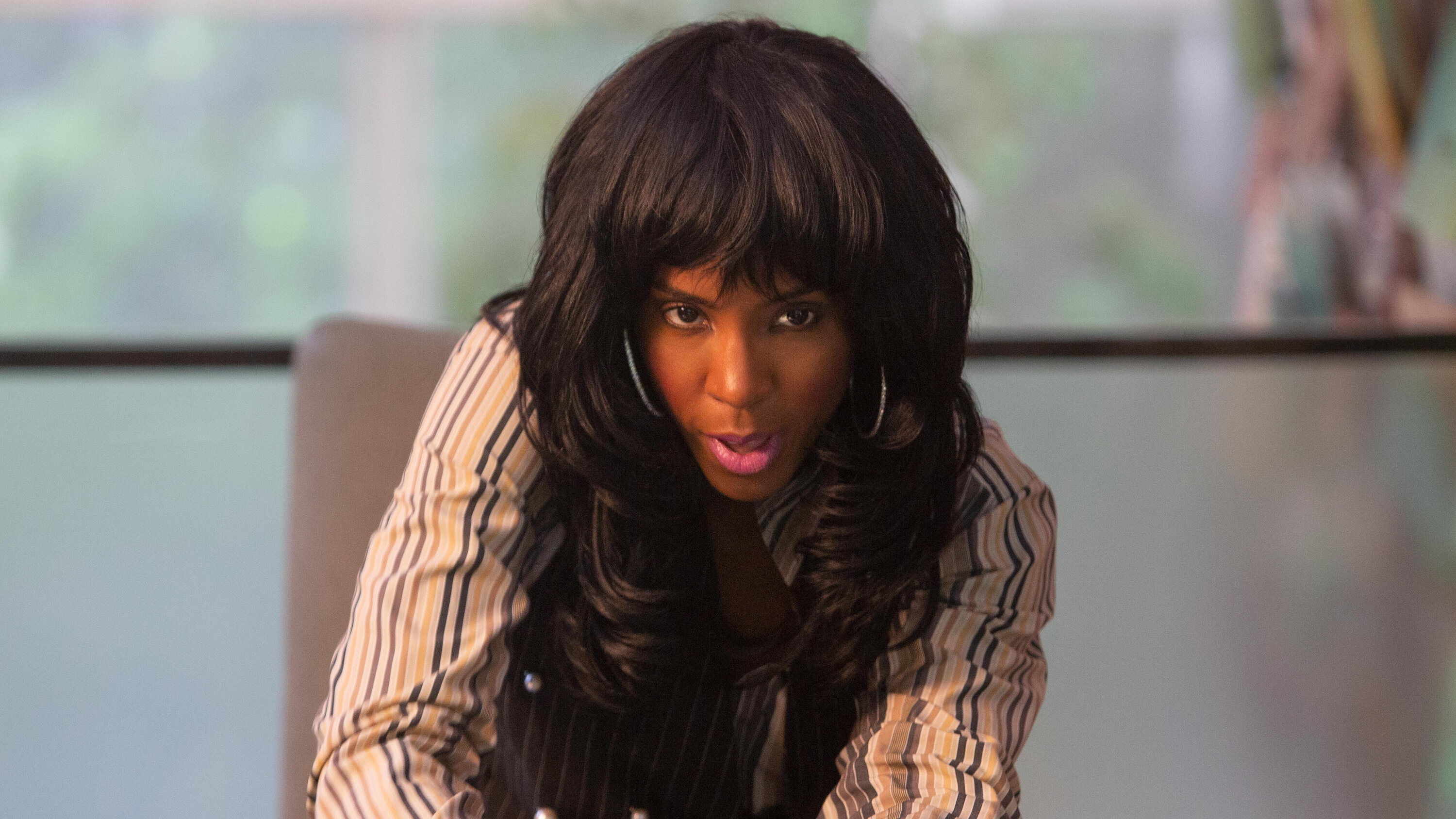 We don’t often see filmmakers writing pop songs for their movies. How did you first get interested in this?

When I was a kid, I thought I wanted to be a singer. The first movie I ever saw was “The Wiz.” I watched a lot of music videos and I was super into music as a little kid.

I had this tape recorder, and when a melody would come to mind I would record it.

Did you have any formal music training?

I went to a performing arts elementary school and high school. And even though I never really learned to play an instrument or learned the actual “how the sausage is made,” it just was one of those things I couldn’t really let go of in terms of a hobby.

So aside from your tape recorder, did you put together songs somehow?

So I had this vault of songs that I thought were cute. But I didn’t want anyone in the world to hear me singing them. 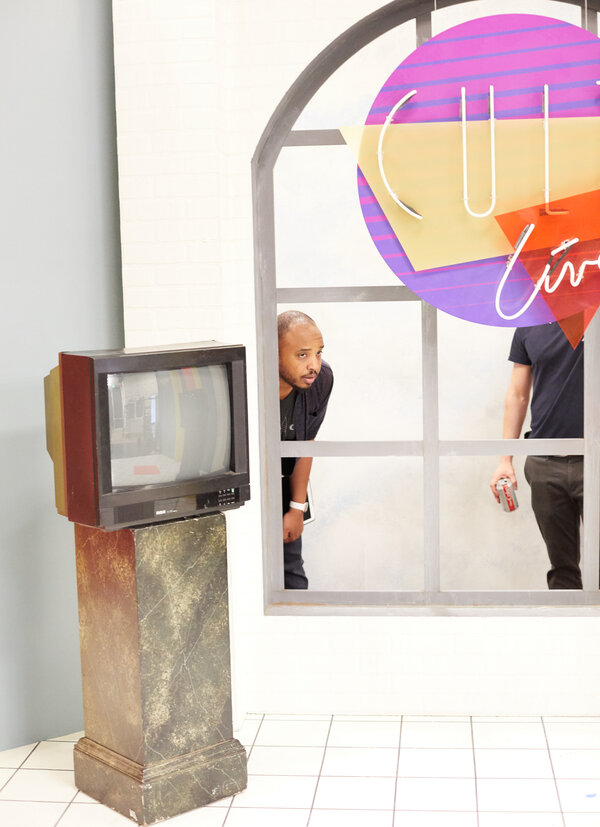 How did that vault end up factoring into “Bad Hair”?

When I realized I wanted to do this movie set in 1989, I thought, I always end up writing new jack swing-style music that nobody would even want to hear now. So wouldn’t it be cool if instead of just licensing a Jody Watley video and trying to explain it all through dialogue, if I could actually have that pop star as a character? Then the question would be, well, what is she singing? And I went back into my little tracks over the years and was like, this could be cool.

What were the next steps?

I refreshed a few of them, made sure that I understood what the lyrics were; basic melodies, harmonies, choruses. And I sent them over to Chris Bowers, the composer of “Bad Hair.” And we called up [the producer who helped invent new jack swing] Teddy Riley. Then Chris started buying all this equipment from 1989 and essentially took my tracks, produced them and then put a guide singer [a preliminary vocal track that sets the pace for the recording] on top of them. And that’s what we used to record the tracks with Kelly and the various people that make songs in the movie.

How did you refresh the lyrics?

I was able to slip in all of these really messed up messages like any song from that era. Like [the Bell Biv DeVoe song] “Poison” is such a bop. But you listen to the lyrics and it’s kind of horrible what they’re saying in the song. They’re celebrating the objectification of women. Women who are particularly beautiful are dangerous. All of those new jack swing anthems have these really messed up little messages injected in them. And so we filled all of the songs, whether it’s “I Get It,” “That Dress That I Like,” whatever, with these really kind of rapey vibes because that’s what the music was.

What’s your favorite song of the ones you wrote?

You don’t really hear [“So You Know”] until the credits. But I think that actually might be my favorite one because I got to rap on it. But “That Dress That I Like” was a favorite among the crew, which was very funny to see these burly guys talk about the original slow jam that we wrote.

How did you get Kelly Rowland involved?

I just asked her. But I’ve been obsessed with Kelly for years. I’m from Houston. Kelly and Beyoncé went to my high school the year before I went there. So they’re like legends. Kelly was my favorite member of Destiny’s Child, when I was in high school especially. She was on a list of dream people for this. We had a little FaceTime call and she was just so down to earth. Out of that grew a real friendship and professional partnership.