MACHINE Gun Kelly showed off a surprising piece of jewelry he wears to honor his girlfriend Megan Fox.

The singer posted a snap of a necklace that carries a drop of the Transformers actress' blood.

The couple follows divorced couple Angelina Jolie and Billy Bob Thornton who wore similar jewelry to show their love for each other. 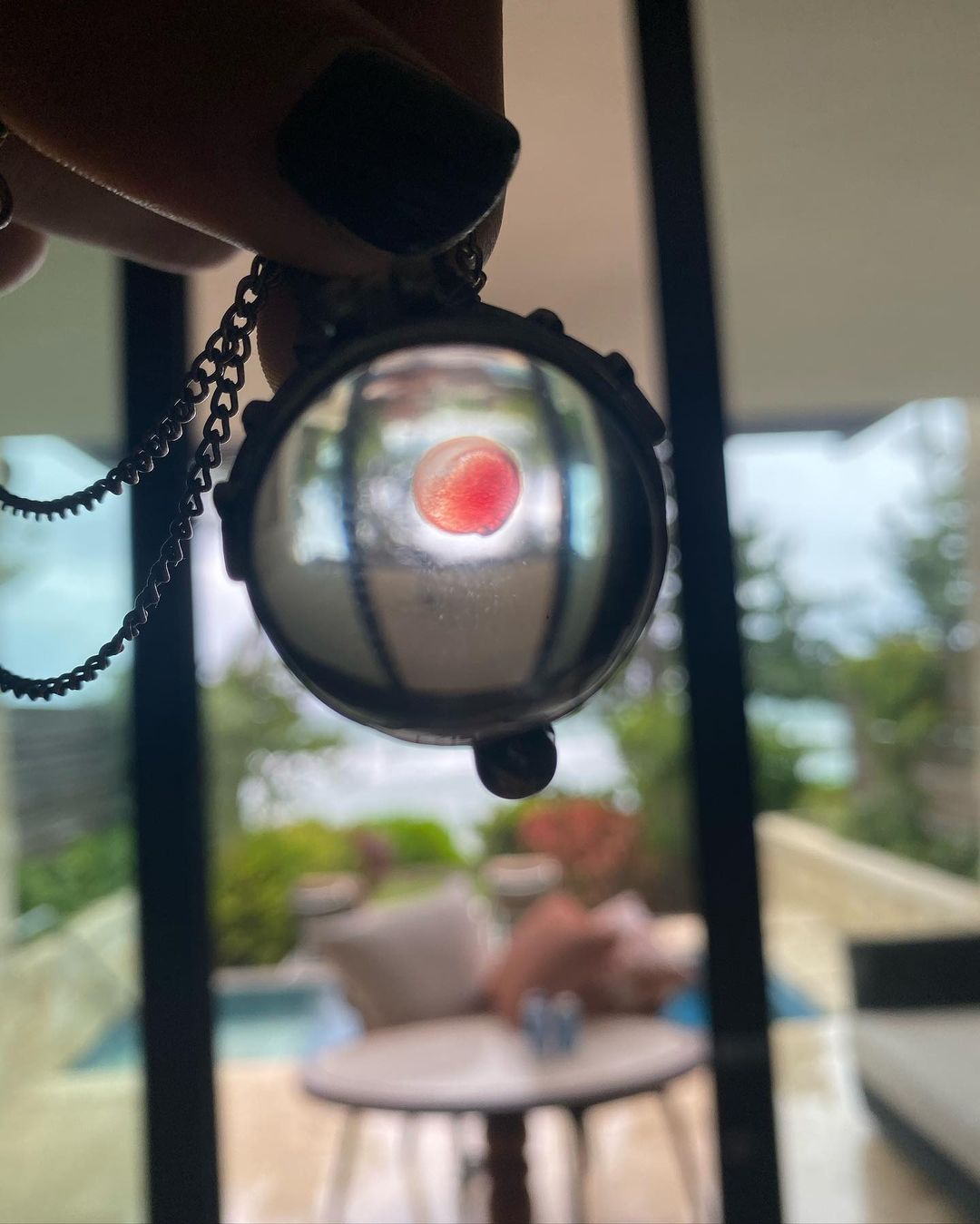 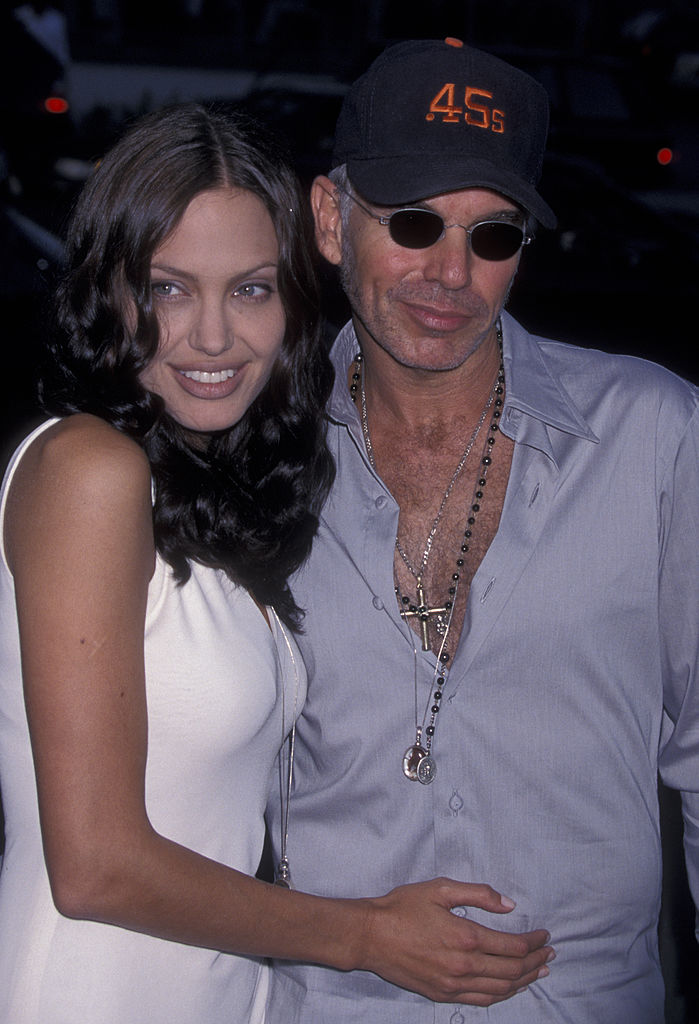 Machine Gun Kelly posted a pic with Megan, who was wearing a red sweatsuit captioned: "I wear your blood around my neck."

The Bloody Valentine singer shared lots of other sweet snaps with his girlfriend of more than a year.

One of them included a pic of a necklace that appeared to hold a blood drop.

MGK isn't the first to sport a "blood necklace."

Following their split, he told People of the pendant: "The necklaces were a very simple thing, 'Hey let's poke our fingers with a pen and smear a little blood on there and when we're away from each other we'll wear the necklace.'

"It was that easy. But by the time it came out in the press, it sounded like we were wearing a bucket of blood around our necks." 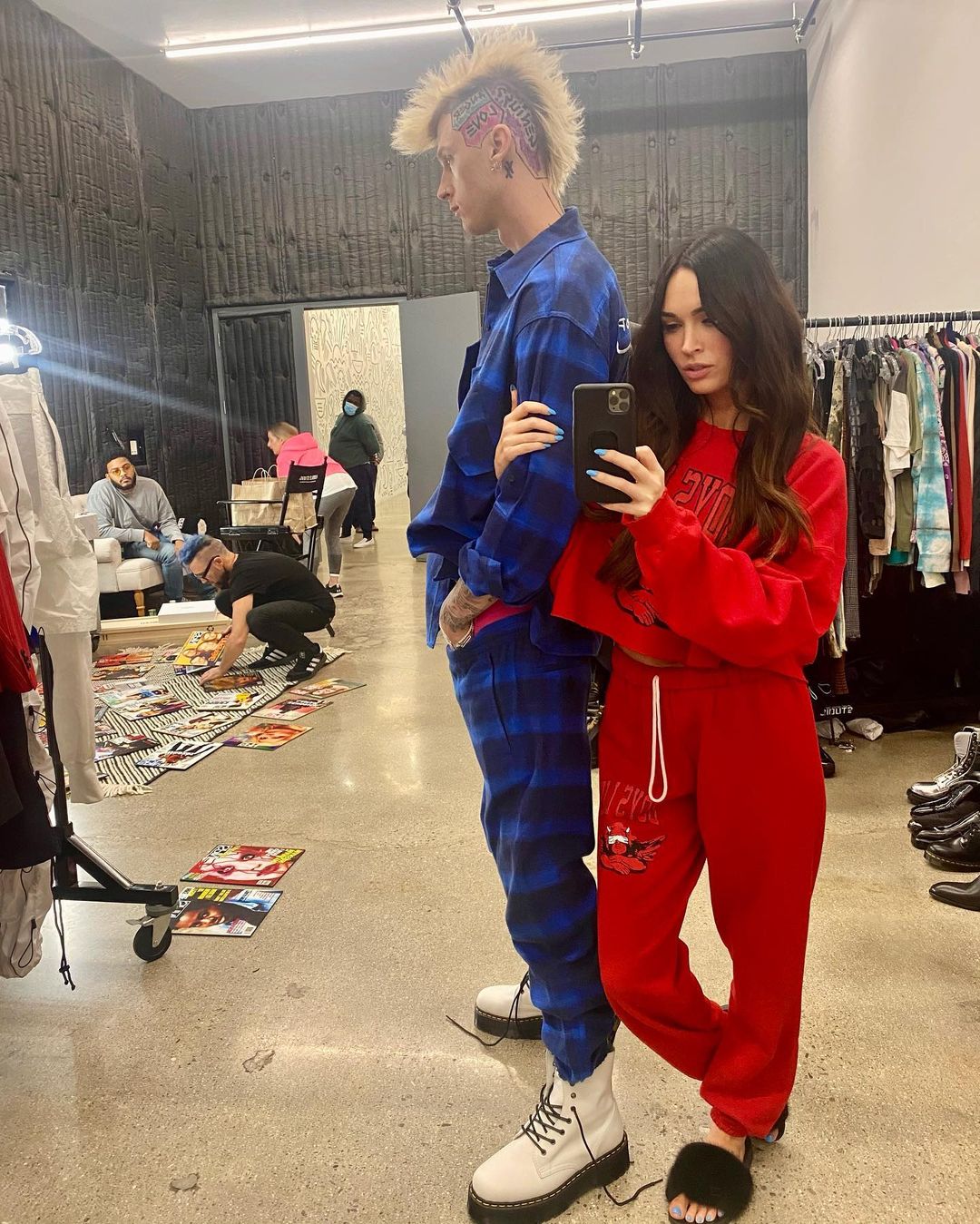 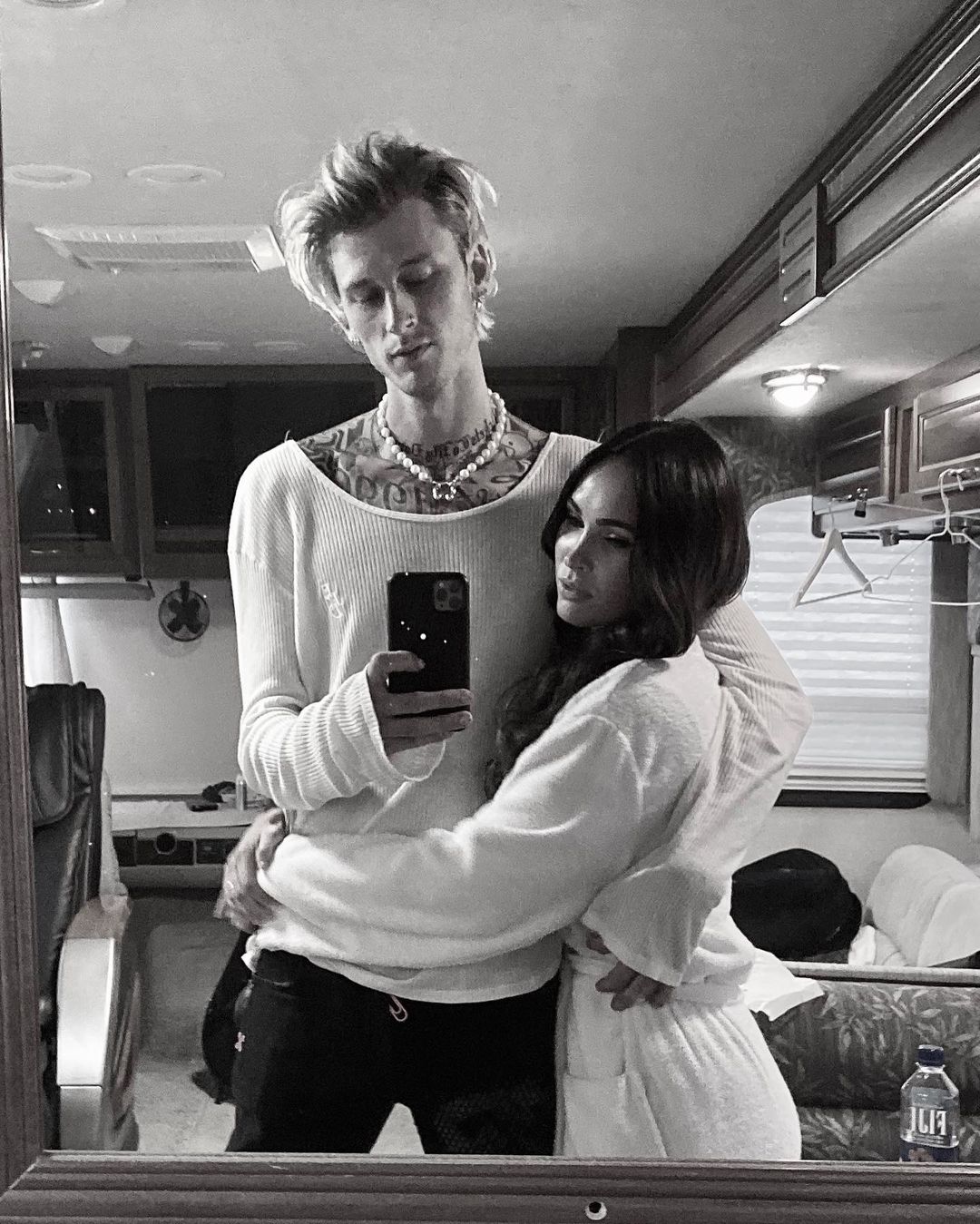 Last month, Megan was by MGK's side when he was the musical guest for Saturday Night Live.

She flashed a huge smile with her musician boyfriend who carried her through fans and photographers outside the studio. 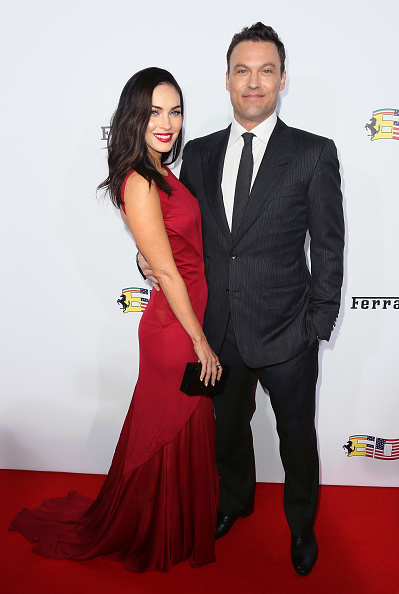 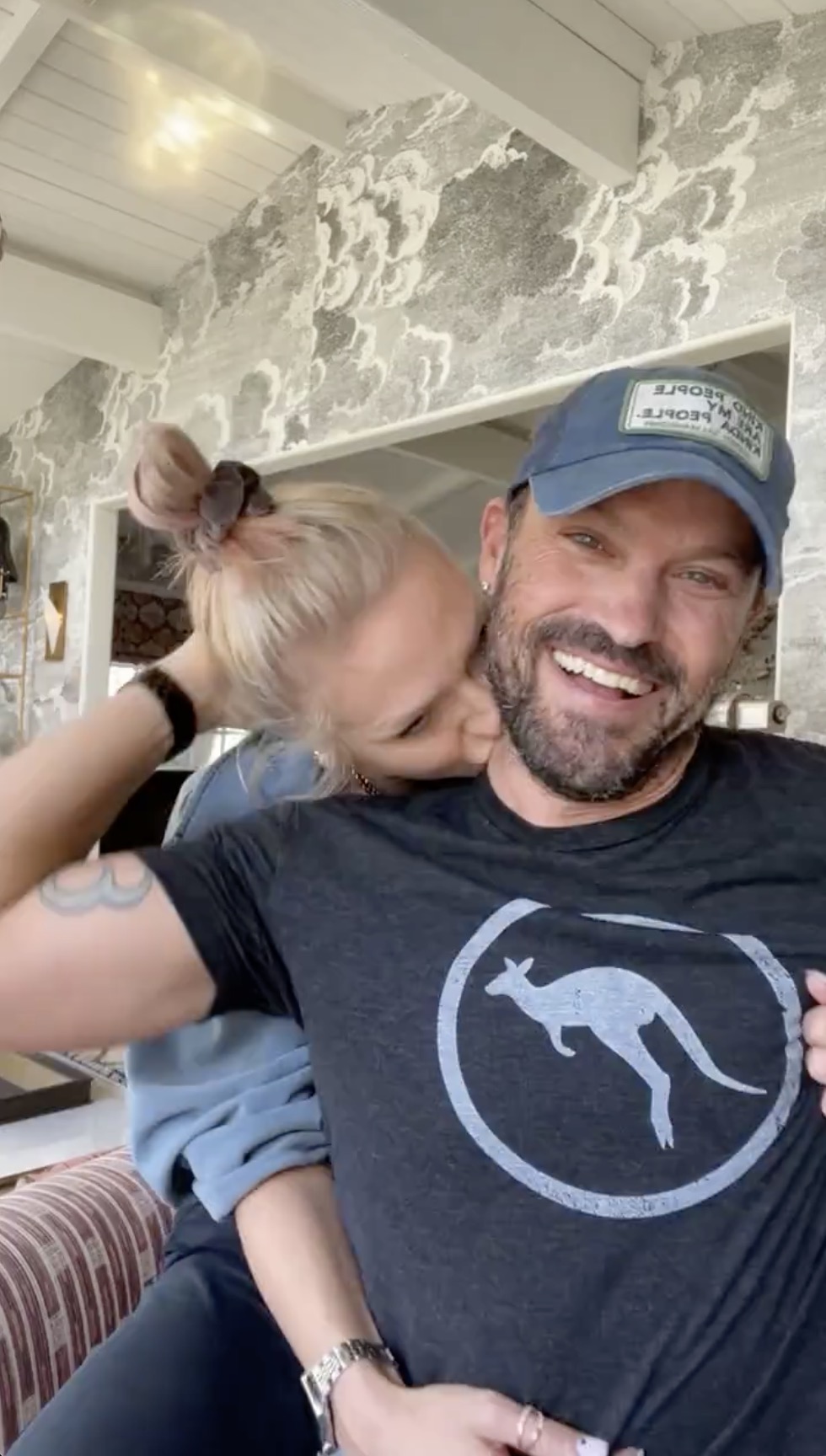 MGK and Megan recently left fans wondering if the couple was engaged after she appeared with a ring on her left hand.

But a source told People: "They are very serious and plan on spending the future together. There will be an engagement at some point, but they are not engaged now.

"Megan needs her divorce to be finalized before she can fully move on. She is very happy though."

Last June, the musician made things official as he Tweeted of Megan: "I'm calling you girlfriend, what the f**k. Life imitated art with that one."

Megan filed for divorce from Brian Austin Green this past summer.

They were together for 15 years and married for 10.

Back in December, Brian filed for joint custody of their children and spousal support.

He has been dating Dancing With the Stars Sharna Burgess, who he described in a Valentine's Instagram video as: "really amazing, considerate, loving, kind person.

"I kind of feel like when you put yourself in a space where you on some level decide that you’re gonna surround yourself with people that help you move forward on a path instead of pulling you back, that they do that.”